In theatre today, Twitter should be an essential part of any marketing mix. But 99% of shows and venues aren’t using the platform to anywhere near its full potential as a free tool to raise awareness and to find, grow and engage with audiences.

And that’s in line with 99% of Twitter users. Why? Because Twitter isn’t intuitive, it can be overwhelming if your streams aren’t managed well, and simultaneously underwhelming when no one’s listening. As a result, many Twitter users get so frustrated that they neglect their accounts or abandon them altogether.

For theatre in particular, that is a huge missed opportunity, particularly when, by the nature of putting on a show, you have so many advantages over others vying for attention.

To top it all off, Twitter and Twitter management and analysis tools are changing all the time so it’s difficult and sometimes impossible to keep up with the technology. 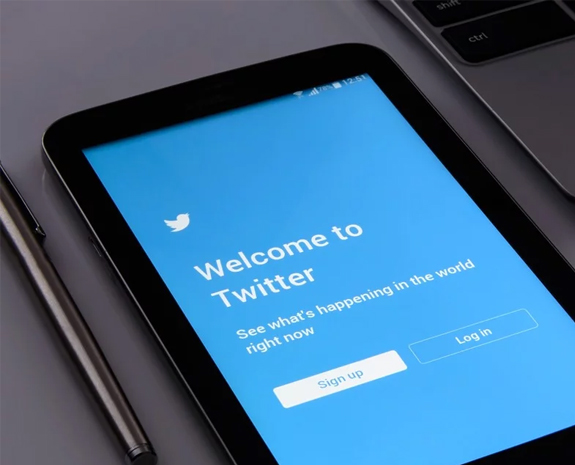 With the right approach, Twitter can be simplified and super-charged to:

We achieve this by:

I’ve created three hands-on packages designed to help shows and venues get the most out of Twitter. I also have bespoke workshops for drama schools and other groups. Just ask!

Terri is a knowledgeable advocate for theatre in all its forms. Her enthusiasm for the medium is tireless and infectious. She has built an important bridge between the profession and the audience.

I have enjoyed working with Terri for many years, on events around productions, as a journalist and a commentator. She is highly knowledgeable and perceptive, and a great champion of theatre.

There are few people who are not actors, producers or directors who have influenced the London theatre scene more over the last 17 years than Terri Paddock. Her passion, intelligence and professionalism have made her the incredible force she is.

Terri is a great supporter of young theatremakers. We had a tough time with a controversial subject matter, and Terri was brilliant at navigating us through that and facilitating a thorough, balanced post-show discussion.

Dominic Shaw, All in a Row director

I’ve worked with Terri on my shows A Guide for the Homesick, Late Company and 3Women. She chairs fabulous Q&A sessions. Everyone really enjoys them, and Terri does a great job of getting the themes of the play across. We book the Q&As along with a MyTheatreMates campaign. The two complement each other well for fantastic exposure.

Terri does an incredible job of researching her Q&A sessions thoroughly, so they always cover fascinating territory and are enjoyable for audiences and panellists alike. My casts and creatives enjoy doing them!

An amazing experience. The questions kept coming and the event simply fizzed and crackled until the moment it had to end.

Terri blew our minds with her bright energy and enthusiasm and her excellent preparation and knowledge. Can’t wait to work with her again!

We love working with Terri. She truly understands the nature and uniqueness of each show, and she manages to engage everyone in meaningful and fascinating Q&As.

Brilliantly run events that engage everyone in the room and open up the really important, sometimes difficult conversations; in the case of our play, PTSD.

For all productions in our inaugural season, Terri’s post-show Q&A was one of the key features of our marketing campaign and proved incredibly useful.

If you want a post-show Q&A conducted in an intelligent, informative and generous way, Terri Paddock is it.

I’ve always loved working with Terri and particularly love having her chair post-show Q&As for productions I’ve directed. We go back many years so I know how committed, passionate and knowledgeable she is. I would always recommend working with her.

Terri’s handling of our Q&A was absolutely superb. Our production was dealing with a very sensitive topic regarding autism and one of the guests on the panel was autistic, so the Q&A had to be treated with caution. Terri controlled it effortlessly. The session was a huge benefit for our audience and created a lot of buzz around the production.

We book Terri to host post-show panel debates for all of our shows. Terri has chaired lively and in depth discussions for us around Shakespeare, Marlowe, Brecht and other classics. Terri is brilliant at getting the best out of a wide range of expert guest panellists and involving the audience and the cast. Her social media support both before and after the events is invaluable too. Terri’s Q&As are tremendously effective at getting people talking about our shows; they form a fundamental part of Lazarus Theatre marketing.

Terri is a people person, which means she tunes into casts, creatives and audience members with real sensitivity, making her evenings invaluable to a show’s profile on the London theatre scene. Her social media support both before and after the event is extensive and creates a wonderful buzz, which increases vital ticket sales.

A fantastic way to generate some really unique content. Terri’s Q&As are incredibly sleek, professional and engaging. I would highly recommend.

We booked Terri to chair a series of three talks with creative and cast during our run of Philip Ridley plays at Southwark Playhouse. Terri’s Q&As made a massive difference to our ticket sales during a very difficult patch of weather. We sold out every night she was there, when the surrounding days were around 50%. What’s more, people loved the Q&As. 1000% recommended.

Terri embraces each Q&A with intense focus, unlimited energy and complete integrity. Her tenacity when faced with challenging show themes is admirable, and her creative ideas repeatedly yield tangible results. Terri’s work ethic is admirable, her enthusiasm contagious. It is truly a joy to have her as part of any production.