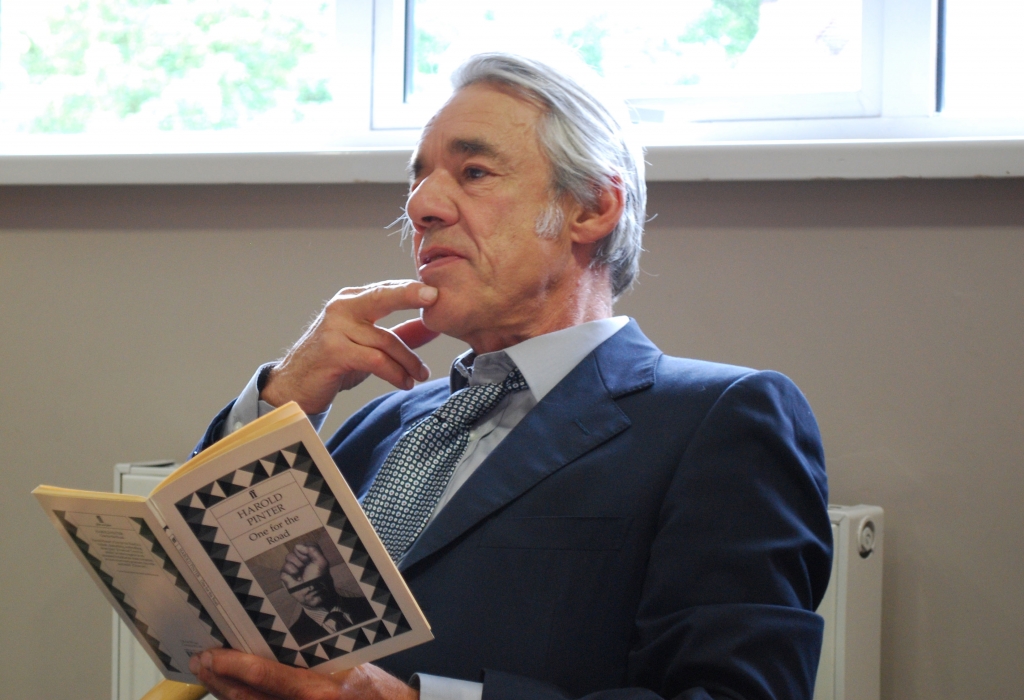 When a loved actor dies, those of us in the business mourn the person as well as the future performances that we’ll now never see. And we reflect on past performances and, if you’re a journalist, what they were like in past interviews.

It is received wisdom that actors and journalists – interviewees and interviewers – can never be friends. You’re both just doing a job. And while that’s largely true, just occasionally, there are beautiful exceptions.

For me, Roger Lloyd Pack was one of those exceptions, so I was genuinely and personally bereaved when I learned of his death from pancreatic cancer on 15 January 2014, three-and-a-half weeks shy of what would have been his 70th birthday today (8 February 2014).

I think I first met Roger at one of the first WhatsOnStage.com Awards launch parties, back in the days when we held them for just a couple hundred people at Planet Hollywood. And, it was partly the same event, many years later, that took our acquaintance up a notch. 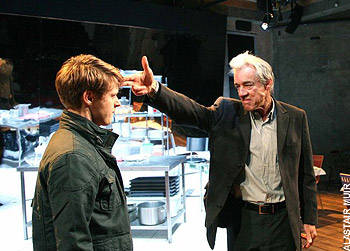 The transfer presented me with a trio of gratifying encounters with Roger: he joined me as one of the guest presenters announcing nominations at that year’s WhatsOnStage.com Awards launch party; he took part in a post-show Q&A I hosted with the full cast and Sam; and I interviewed him for the website and magazine.

In the course of the last, Roger mentioned that, had he not become an actor, he would have loved to have been a musician (amongst other options).

“I might have been a psychiatrist or a psychoanalyst or something in the psycho world because I’ve always been interested in that. I’ve got a library full of books on that sort of stuff. Or I might have been a photographer. I like the idea of being a free spirit going around taking pictures. One of those two things was realistic. I also would have loved to have been a musician but that wasn’t so realistic” – Roger Lloyd Pack

I told him, though not especially musical myself, I envied folks who had pianos at home and held parties where everyone gathered around them to sing. He said he owned a piano, held just such parties and would let me know when the next one was. I thanked him and thought little of it.

Remember what I said about actors and journalists? Such niceties build congenial interview rapport but are never followed up. Or, I should say, rarely are. Roger must have stored that nugget of information away somewhere because many months later, long after Dealer’s Choice had closed, I received a message from Roger inviting me to his home in Primrose Hill for a Sunday afternoon gathering of the self-styled Cole Porter Appreciation Society.

So sad about death of Roger Lloyd-Pack, a wonderfully understated actor & a kind & generous man, who will be greatly missed. Rest in peace

It was an afternoon of buffet grazing and belting out showtune classics (not just Porter, quite a lot of the Gershwins, and a few Rodgers and Hammersteins too) at the tops of our untrained lungs. Quite frankly, none of us were brilliant singers – and Roger was the only professional actor in the clutch of academics, neighbours and other old friends of his – and we didn’t care.

I interviewed Roger for @exitthelemming prod of DEALER’S CHOICE. Happened to mention I loved piano parties. He remembered. Months later…

Having been born and raised in the US, I must confess that I’ve never seen an episode of Only Fools and Horses (though I may do yet) so his most famous role, Trigger, means nothing for me. Singing alongside the piano, that’s how I’ll remember Roger Lloyd Pack.

Roger invited me to his home for sing song with friends in the self styled Cole Porter society. Such fun. I Got A Kick Out of You, dear man