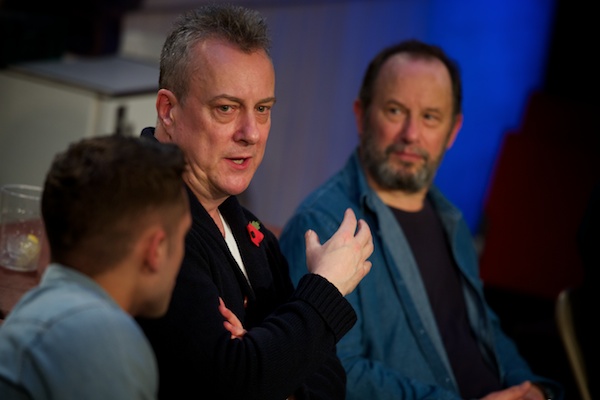 My post-show talk for The Red Lion. © Peter Jones

A cheeky Twitter follower (yes, I’m talking about you Johnny Fox) requested that I ask the three stars of Patrick Marber‘s locker room drama The Red Lion – Stephen Tompkinson, John Bowler and Dean Bone – to explain the off-side rule at the post-show Q&A I chaired at Trafalgar Studios 2 last night. I threatened to… then decided to let them off.

There were a few other football questions raised, including: which players have been in to see the production so far, either in Newcastle, where this revised and abridged version of Marber’s 2015 play premiered at the Live Theatre earlier this year, or here in London; which famous football manager did Stephen (possibly) model his characterisation on; and which sides do the cast support? On the last, I can reveal that two are lifelong Newcastle United fans and one supports the ‘superior’ side down the road in Middlesborough. You’ll have to watch the Q&A livestream video to find out who’s who!

And there were plenty of non-football-related questions – and high praise indeed from the many non-football fans in the audience, including one woman who relishes not having to watch Match of the Day since parting with her ex-husband eight years ago. (Maybe she won’t be one of the ones rushing back on 20 November when Gary Lineker will be hosting a football industry-focused post-show panel?)

Also in the Q&A, find out why the action was relocated from South to North, how Live Theatre nurtures new talent, whose child goes to school with Patrick Marber‘s, what Thatcherism has to do with the men’s trajectories, how much more shared an experience feels in an intimate space like Trafalgar 2, which lines most reveal the characters, where John learnt his massage skills, fathers and sons themes and the cast learnt from an eventful excursion during rehearsals – amongst other things.

In The Red Lion, directed by Max Roberts, Dean Bone plays Jordan, a promising young football player, who arrives at a struggling non-league club and pits John Bowler’s veteran kit man Yates against Stephen Tompkinson’s ambitious manager Kidd, who’ll do anything to keep the club and himself afloat.

The Red Lion continues at Trafalgar Studios 2 until 2 December 2017. 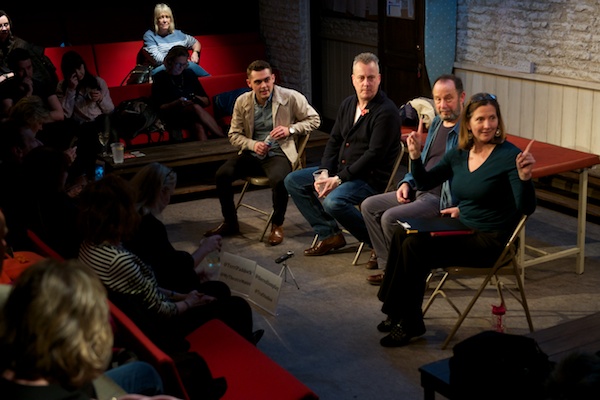 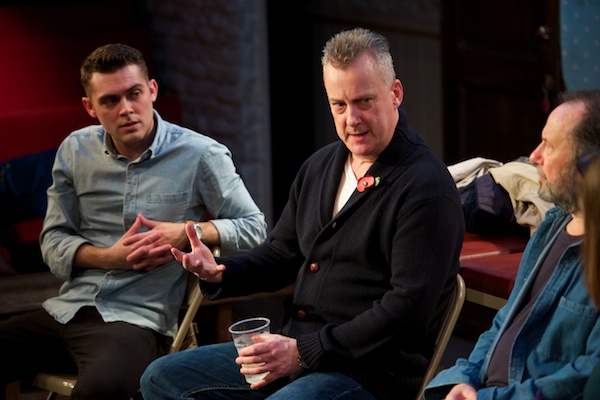 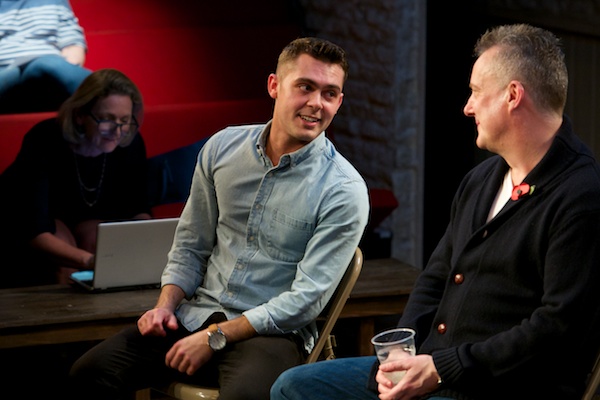 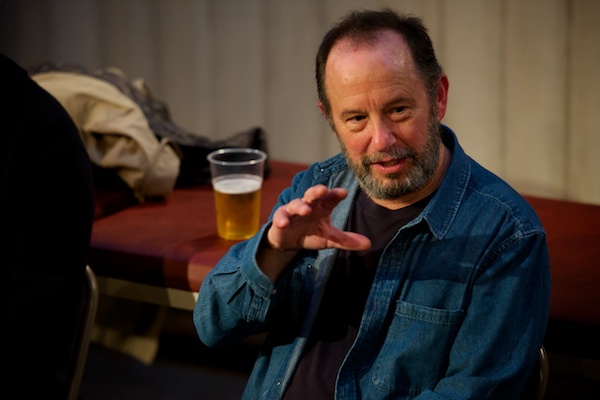 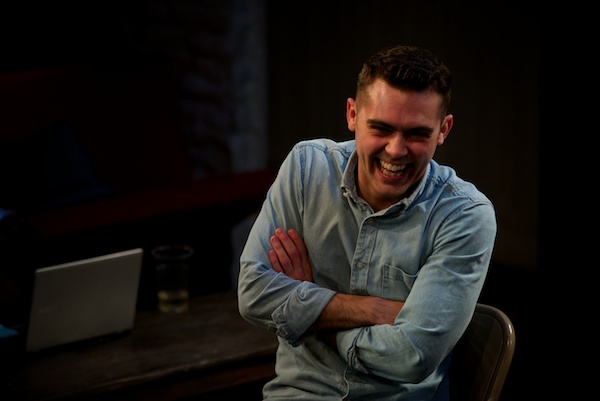 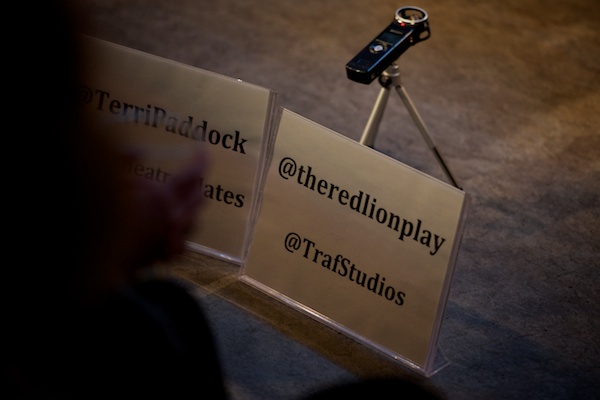