Quirky musicals on my doorstep: Side Show and Moby Dick

Quirky musicals on my doorstep: Side Show and Moby Dick 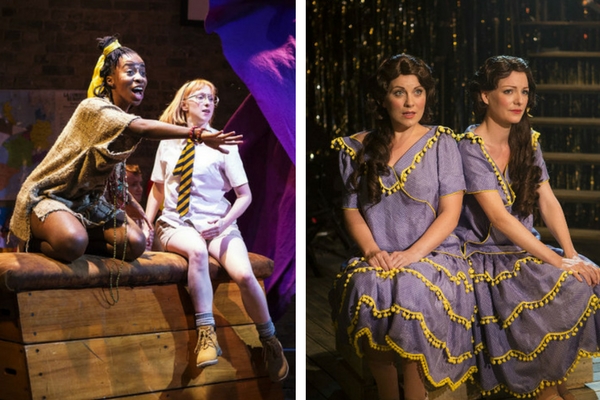 Musicals on my doorstep: Moby Dick at the Union Theatre and Side Show at Southwark Playhouse

The (new) Union Theatre and Southwark Playhouse are always a pleasure to visit – not least because both venues are practically on my doorstep, within a ten-minute walk. At the moment, they’re both showing quirky, seldom-seen musical revivals. 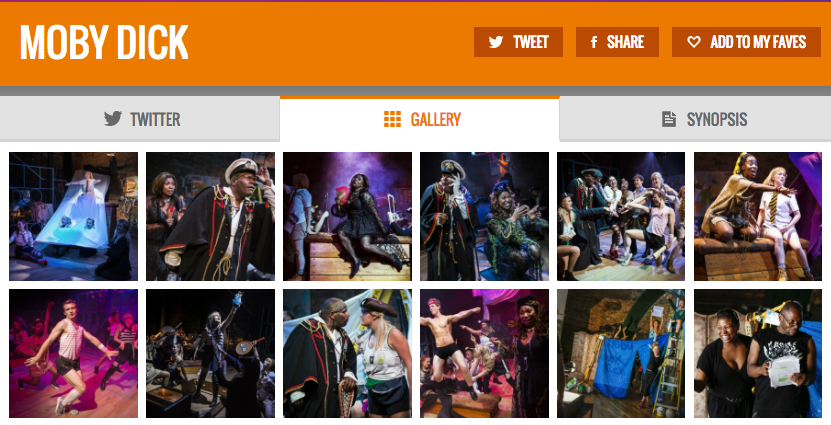 Get all show pics & social media for Moby Dick & its cast on www.stagefaves.com

I lost track of the number of times that people told me Moby Dick! is “bonkers” on opening night or, in the case of folks previously connected with the musical including original Oxford cast member Wendi Peters, “as bonkers as ever”. I can confirm: it is totally bonkers.

Moby Dick! started life at Oxford’s Old Fire Station Theatre in, where it gathered a cult following amongst the students, prompting producer Cameron Mackintosh to transfer it the next year to the West End’s 1200-seat Piccadilly Theatre, where it ran for just four months.

Director-choreographer Andrew Wright saw it himself in Oxford in 1991 and has been wanting to revive it ever since – thus, this lovingly presented 25th anniversary revival. Mackintosh himself puts the show in contextual perspective. When he first put it on he says: “London had virtually no Off-West End theatre and the outrageous joy of shows like The Producers and The Book of Mormon were still decades away.”

How apt to now have it not just at one of London’s foremost Off-West End musical venues, but one also renowned for reclaiming large-scale West End flops as small-scale gems.

Moby Dick! is indeed a musical version of Herman Melville’s sea-faring 1851 literary classic – as written and performed by a group of unruly pupils from St Godley’s Academy for Young Ladies, accompanied by their headmistress as the ill-fated Captain Ahab. (That would be, in Wright’s production, X Factor finalist Anton Stephans as a man playing a woman playing a man – with somewhat maniacal glee – opposite, all too briefly, his busty and belting fellow X Factor finalist Brenda Edwards as Ahab’s wife.)

To put it all into modern musical context: this could easily pass for Mischief Theatre’s first attempt at The Musical That Goes Wrong. If you’re of that persuasion, you can fully enter into the spirit by wearing school uniform to the show – you’ll get to sit in the front row and could play a part in the musical within a musical. You’ll definitely be hauled up into the full-out dance-along at the end. Also, check out the graffiti dressing around the venue and the show’s Twitter account. You’ll feel fifteen again. 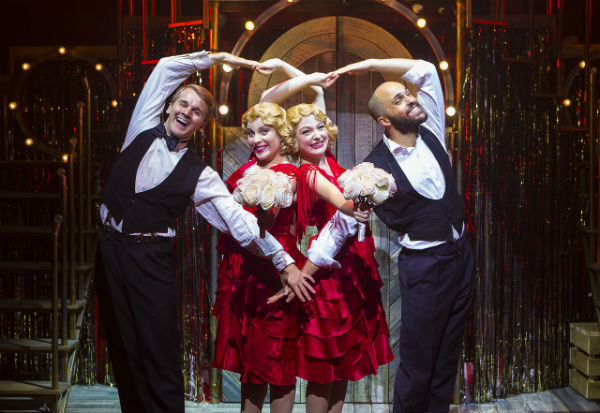 Side Show is also pretty bonkers, to be honest. Bill Russell and Henry Krieger’s 1997 Broadway musical tells the story of real-life conjoined twins, Daisy and Violet Hilton, who were born in Brighton and went on to graduate from “Side Show” freaks to stars of vaudeville in 1930s America. (Quick aside: Can you spot the character crossover with fellow, contemporaneously-set Broadway musical Ragtime, now running at Charing Cross Theatre?). 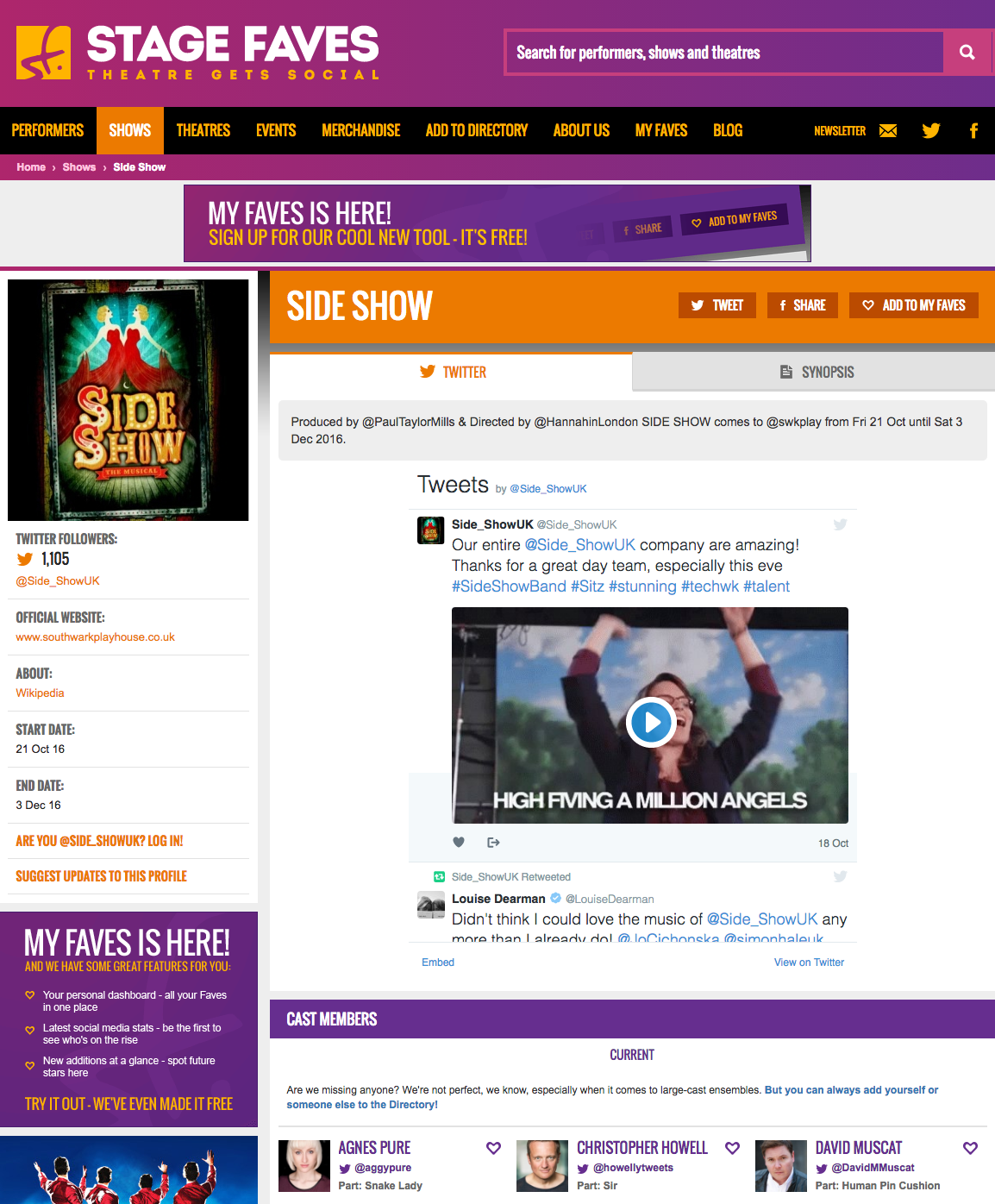 Get all show pics & social media for Side Show & its cast on www.stagefaves.com

As the stars are – literally – joined at the hip, part of the bonkers-ness of the show is watching stars Louise Dearman and Laura Pitt-Pulford manoeuvre around the stage, including during several dance numbers. Add to that the supporting ensemble of Freaks – e.g. Bearded Lady (played by Lala Barlow), Lizard Man (Nuno Quiemado), Half Man Half Woman (Kirstie Skivington), Three Legged Man (Nuwan Hugh Perera) and Dog Boy (Oliver Marshall) are gloriously costumed by takis and reveling in their freakishness.

More bonkers? The story’s climax hinges on the morality of whether the twins should undergo surgery to separate them. I’ve got to admit: I’m with the suitor on this one. Snip, snip.

Which reminds me: though, Louise and Laura are clearly the star attractions here, the trio of romantically conflicted men in their life – played by Haydn Oakley (as said, ‘unreasonable’ suitor), Dominic Hodson and Jay Marsh – have some very fine moments of their own in the spotlight.

Side Show is directed by Hannah Chissick and choreographed by Matthew Cole. And – something you don’t see too often in Off-West End productions – has a credit in the programme for ‘wigs, make up, prosthetics & tech-fx supervisor’: I imagine one Natasha Lawes has her hands full. Well done, all.

Side Show continues at Southwark Playhouse until 3 December 2016.