Pure Imagination: Leslie Bricusse on searching for the perfect song

Pure Imagination: Leslie Bricusse on searching for the perfect song 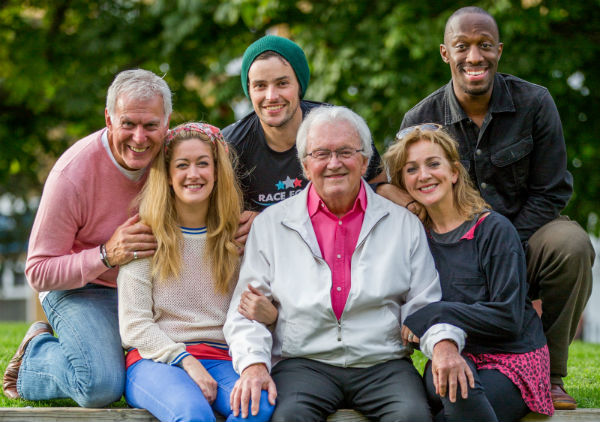 How well do you know the work of composer-lyricist Leslie Bricusse? How many songs can you name by this living legend… apart from “Pure Imagination” (and the “Oompa Loompa” theme) from Charlie and the Chocolate Factory?

How about, for starters, Bond classics “Goldfinger” and “You Only Live Twice”, “If I Ruled the World”, “What Kind of Fool Am I?”, “The Candy Man”, “This Is the Moment”, “Can You Read My Mind?” (from Superman), “My Old Man’s a Dustman”, “The Pink Panther” and “Talk to the Animals” (from Doctor Doolittle)? And that really is, only for starters. When I caught Pure Imagination, the new show celebrating his work, currently running at London’s St James Theatre, I was surprised both by how many songs I didn’t know were by him… and how many songs I didn’t know at all but instantly loved. (Where have you been hiding all my life, “Childhood”? Beautiful!)

“Bricusse is an amazing man, still searching for the perfect song”

A quick glance at Bricusse’s new autobiography, Pure Imagination: a sorta biography, released to coincide with the stage tribute, shows that Bricusse’s life to date has been as colourfully memorable as his music. Celebrity friends offering glowing introductions include Roger Moore (“The name is Bond, James Bond”), Julie Andrews and Elton John.

John and Bricusse both grew up in Pinner, north London and “will demand a blue plaque when we’re gone”. John – who, of course, apart from his pop success, has given us musical lovers with Billy Elliot, The Lion King and Aida – says of Bricusse: “His friendship and encouragement have meant so much to me, and his career is one that I will always aspire to… Bricusse is an amazing man full of life, love and, like me, is still searching for the perfect song.”

High praise indeed. So, for your delectation, here’s Bricusse himself on the subject of searching for that perfect song. 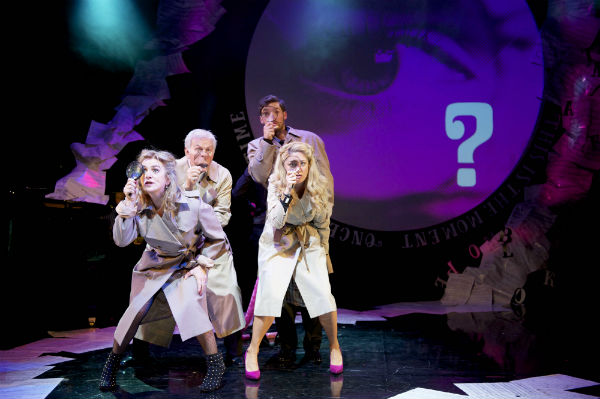 The cast in Pink Panther mode: searching for the perfect song?

From those early childhood days when the dazzling dexterity of George and Ira Gershwin’s talents first caught my ear and my attention, I have always been in love with the idea of songwriting – the marriage of words and music – in the same way that other people become obsessed with solving crossword puzzles. There are certain basic similarities of discipline between the two pursuits, and indeed making up crossword puzzles, as opposed to solving them, was one of my many early stepping stones along the path leading into the beautiful but sometimes impenetrable songwriting forest.

As with crossword puzzles, there is only one correct answer to the selection of every word of a lyric.

As with crossword puzzles, there is only one correct answer to the selection of every word of a lyric – the elusive mot juste – that one and only word in the entire language that expresses exactly, not approximately, whatever it is that you and the lyric are trying to convey. And it is not merely what the word means – it is also what it sounds like.

Likewise with the marriage of lyric to melody, the melody must not only entirely belong to, but also express and sound like, the lyric.

The music illuminates the meaning of the lyric, just as the lyric can have only that melody and no other.

The music illuminates the meaning of the lyric, just as the lyric can have only that melody and no other. They are the two reflecting halves of the same thing, and like the fine finished product of any art or craft, the two pieces must be seamlessly joined. 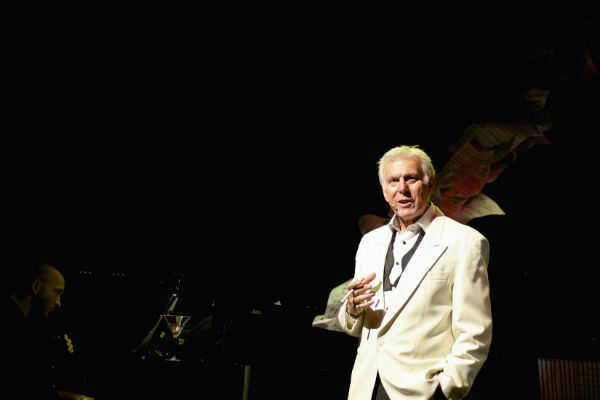 In parallel fashion, the very best film composers somehow always manage to complement and elevate the essence of a great movie with the beauty and sensitivity of their mood-capturing underscoring.

Writing a song takes as long as it takes.

Writing a song takes as long as it takes. Sometimes minutes, sometimes days – even weeks. Extreme example: three-time Oscar winner Alan Jay Lerner once spent more than eight months writing ninety-one drafts of the eight-line lyric of the song ‘On a Clear Day You Can See Forever’, and threw ninety of the ninety-one away! At the opposite end of the spectrum, four-time Oscar winner Sammy Cahn always maintained, “If a lyric can’t be written in forty-five minutes, it can’t be written!”

The great Oscar Hammerstein II laboured mightily for many weeks over the lyric of ‘Oh, What a Beautiful Morning!’, the opening song of Oklahoma! Finally he proudly presented it to his equally great composer partner Richard Rodgers, who put it on the piano, took one look and played it! Dorothy Hammerstein, Oscar’s wife, at a luncheon honouring Jerome Kern’s ‘Old Man River’, pointed out that it was in fact Oscar Hammerstein’s ‘Old Man River’ and Jerome Kern’s ‘Da-da-di-di’! 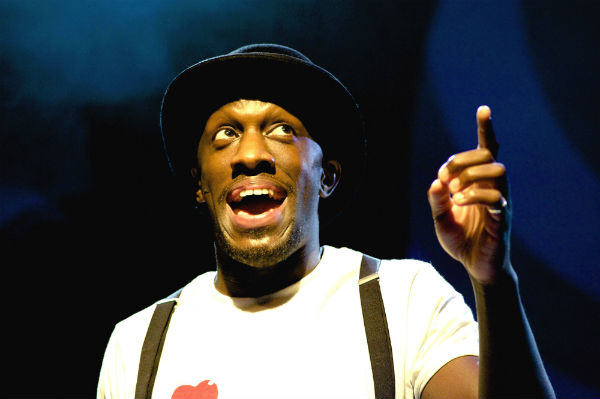 Giles Terera serves up The Candy Man in Pure Imagination. Bricusse wants him to star in his new musical about Sammy Davis Jr

I myself once wrote eighteen songs for one key emotional moment in the musical movie of Goodbye, Mr Chips, and finally got it right on the nineteenth try: (a) because the film had by now started shooting, and (b) because MGM was threatening to bring in another composer!

Like all living creatures, no two songs are the same, except a few by someone whose identity I am not prepared to reveal.

It would sound complacent and glib to brag that I wrote this melody or that lyric in under forty-five minutes. Equally, I would sound pretty moronic if I confessed it took me ninety-one drafts and eight months to write an eight-line lyric!

Songs have a mind of their own, and they and they alone decide and will tell you when they’re ready to reveal themselves.

But, as we now know from the above evidence, either statement is capable of being true. The one wouldn’t make me a genius any more than the other would make me an idiot. It’s the nature of the beast.

Songs have a mind of their own, and they and they alone decide and will tell you when they’re ready to reveal themselves. And at the end of the day, we admire Alan Jay Lerner and Sammy Cahn for the brilliant songs they both wrote – not for how long it took them! 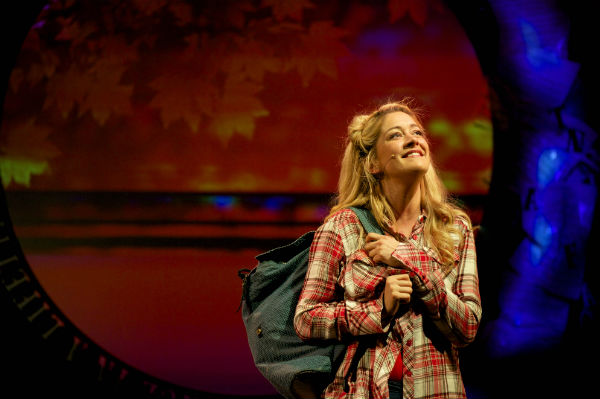 The writer pursues them like some phantom fantasy – fascinated, intrigued and desperate to find out what they’re really like. They should be approached with caution and respect – especially at night. The more promising and beautiful they appear, the harder they may be to catch.

But not always. Sometimes they simply throw themselves at your head, and there’s your forty-five minutes… Other times you have to woo and cajole them to make an appearance and show themselves. And there you have your ninety-one drafts and your eight months… It’s all part of the songwriter’s never ending quest – the eternal search for beauty, romance and occasional perfection. 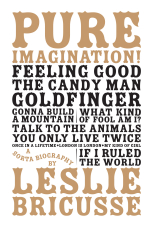 The above is extracted from the just released Pure Imagination: a sorta biography, by Leslie Bricusse (Faber hardback, £25).