Press pass: Reviews and everything else you need to know about Kinky Boots

Home-Press pass: Reviews and everything else you need to know about Kinky Boots

Press pass: Reviews and everything else you need to know about Kinky Boots

This morning I’m delighted to be in agreement with most of the overnight critics awarding a slew of four stars to last night’s opening: the London premiere of another New York import. Of course, this import has a strong British pedigree. I’m talking about Kinky Boots, of course, the Broadway musical based on the 2005 British film of the same title, that tells the true life-inspired story of a Northampton shoe factory that finds a new niche market in footwear for transvestites.

The musical had its official London premiere last night (15 September 2015) at the West End’s Adelphi Theatre. I was lucky enough to attend and was compelled to gush as early as the interval, plus grab this #theatreselfie afterwards with the show’s muscular, cross-dressing star Matt Henry, who plays the larger-than-life killer in heels, Lola. A leading lady-man with true star quality.

Here’s a round-up of overnight reviews – including from my fellow Theatre Mates Mark Shenton and Libby Purves – and much else. Don’t miss the features on what happened to the real shoe factory on which the story is based…

Kinky Boots is currently booking until 6 February 2016 at the West End’s Adelphi Theatre. 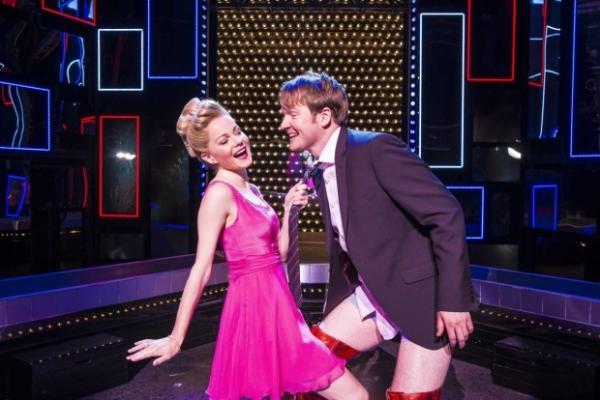 THE TIMES – ★★★★
Ann Treneman: We are told, early on in Kinky Boots, that you are never more than ten paces from a transvestite. As someone who takes the Tube a lot, I think I knew that… The show itself is the real star. Director and choreographer Jerry Mitchell doesn’t let them put a stilettoed foot wrong… It’s a hit, of that there can be no doubt. This is old-fashioned wholesome entertainment — with five-inch sequinned red heels on. 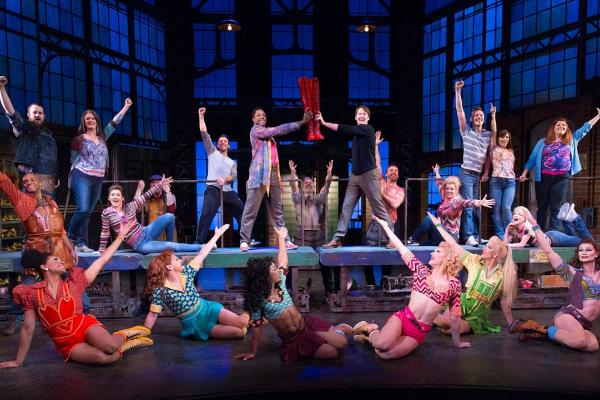 GUARDIAN – ★★★★
Michael Billington: From Cyndi Lauper’s score to impressive leads, this winsome men-in-frocks show puts its best foot forward…You could make a case against the musical as a piece of preachy uplift about sexual tolerance. But it won me over through the quality of the lead performances, the verve of its staging and its conviction, in its fetishistic worship of thigh-high boots, that there’s no business like shoe business. 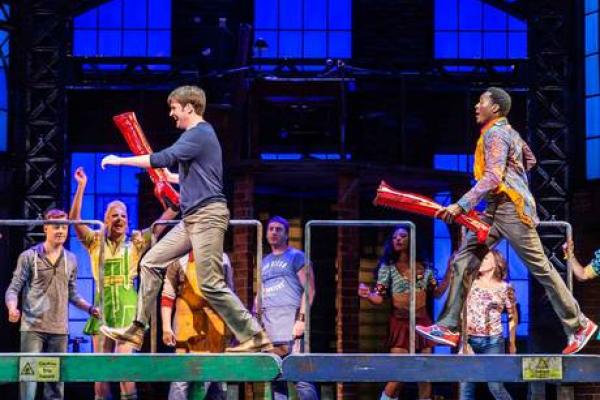 INDEPENDENT – ★★★
Paul Taylor: I’ve long loved the work of director/choreographer Jerry Mitchell and the thighs-have-it strut of the dancing here is packed with raunchy sass. But Kinky Boots too often feels as if it’s what you’d get if you programmed a computer and asked it to come up with a tuner about transcending prejudices and the self-help enterprise of the working-classes. It’s good fun but, in my view, a bit too formulaic to induce rapture. 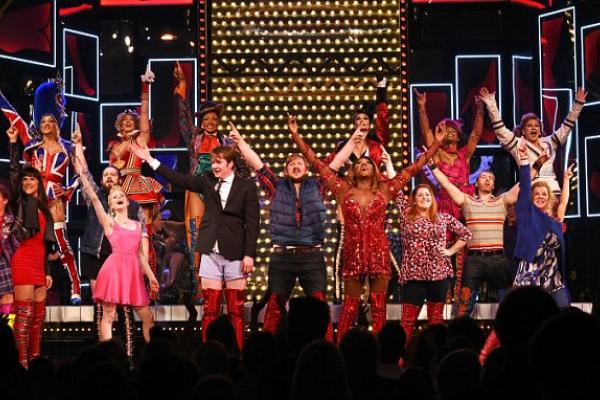 DAILY MAIL – ★★★★
Quentin Letts: Savour that sole. Broadway import Kinky Boots is a cheerily over-the-top musical about, er, the footwear industry in Northampton. Throw in a chorus line of statuesque drag queens, some of whom do stage acrobatics in three-inch high heels. I swear the Adelphi’s foundations shuddered… Best of all, though, are the boots. 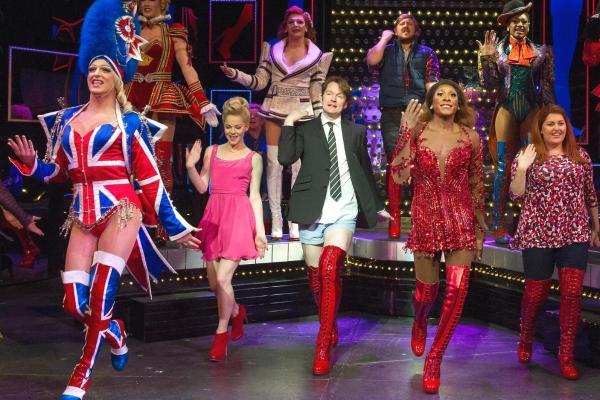 TELEGRAPH – ★★
Dominic Cavendish: It might seem ungracious to give it a kicking. But a kicking I feel obliged to give it… The tour de force comes from Matt Henry’s fabulously accoutred Lola whose diva-ish ways gives the evening a vital sense of drama. When he’s surrounded by his gender-bending, go-go dancers, camping and vamping it up like there’s no tomorrow, it’s all pleasure, no pain. But around them, it’s way too pedestrian. He’s a sure-footed sensation, the clod-hopping show isn’t. 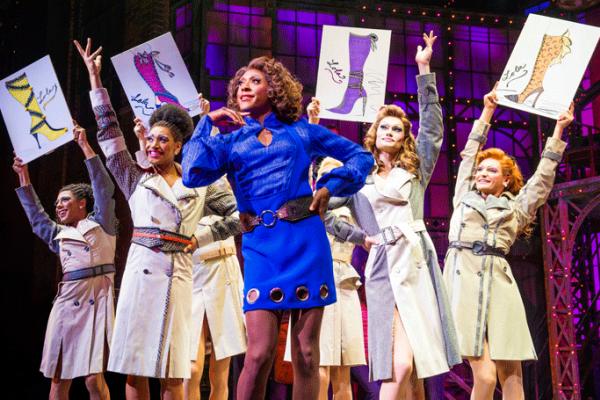 THE STAGE – ★★★★
Mark Shenton: Broadway sends a British film back home as a hit musical that’s as fun as it is frequently fabulous… I’m happy to say I’ve changed my mind about the show since I saw its original Broadway production two years ago…  Brought home now to England, it feels like a very authentic successor to Made in Dagenham… I suspect Kinky Boots may have legs and not just the muscular ones that are encased in thigh-high, stiletto-heeled footwear. 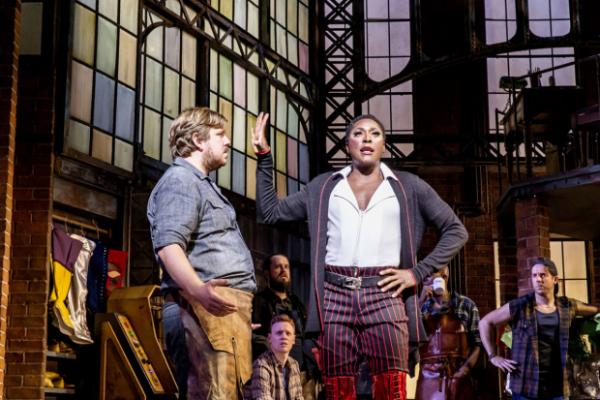 MY THEATRE MATES  – ★★★★
Libby Purves: These boots are made for dancing. If you dare… Sequins, feathers, glitter, two and a half hours of hurtling from one noisy shining set-piece to another, this is more of a gig than a drama. If you’re fine with that – and why not – here’s your big night out. 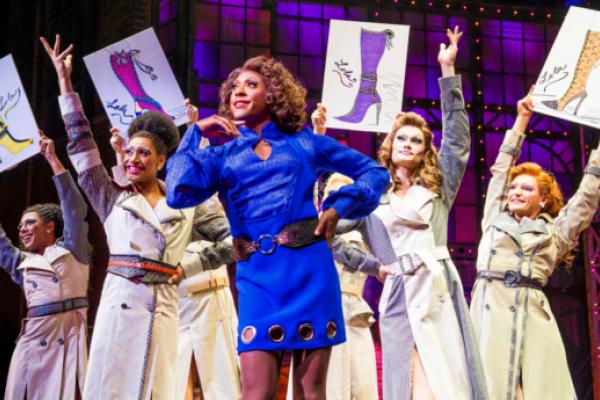 WEST END FRAME  – ★★★★★
Andrew Tomlins: Kinky Boots shatters stereotypes whilst providing an evening of glorious entertainment… It’s the best new musical to open in the West End for years and has all the necessary ingredients to be a monster hit – the sex is well and truly in the heel! 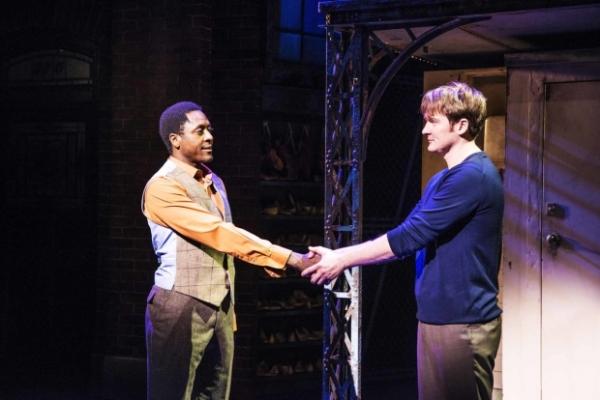 BRITISH THEATRE GUIDE
Philip Fisher:  There seems every chance the London production of Kinky Boots will be as successful as the original in New York. The behind-the-scenes team is the same but the show has been freshly cast, which gives at least one significant advantage, in that all of the performers are using authentic English accents.
britishtheatreguide.info
NEWS 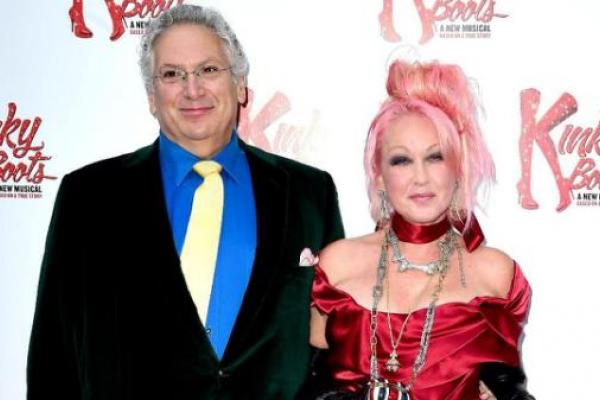 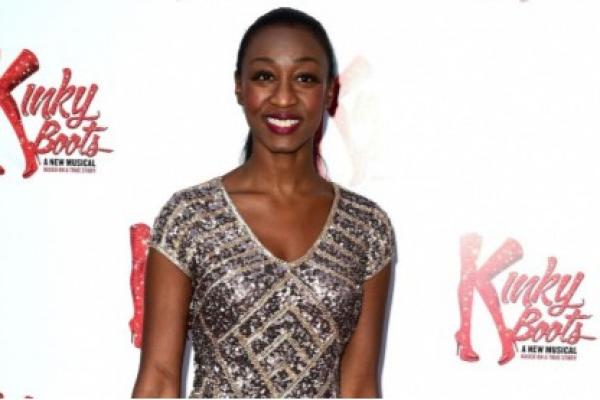 Stars of stage and screen showed up in style at the opening night of Kinky Boots in London’s West End, as Cyndi Lauper hailed it a glittering homecoming. Cameron Mackintosh, Graham Norton and Beverley Knight were among the famous guests…

This Morning’s Phillip Schofield tries on some thigh-high kinky boots
New titles, a new studio and a new resident puppy aren’t the only changes, with host Phillip Schofield showing off a fresh addition to his wardrobe during Tuesday’s show…

Harvey Fierstein: ‘I saw a way to make Kinky Boots sing to everyone’
Mark Shenton: There’s no one quite like Harvey Fierstein on (or off) the Broadway stage. From fringe figure in the Off-Broadway scene of the early 1980s to mainstream, bona fide Broadway star, his own journey has been a microcosm of the assimilation of gay life into popular culture over the past 35 years or so. Yet few have earned his fame or status. 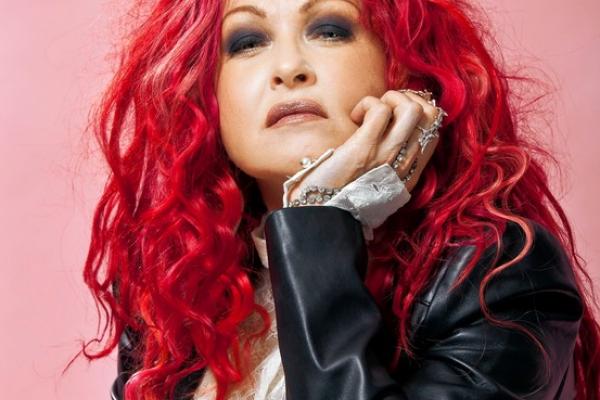 Cyndi Lauper on the must-see Broadway musical in London
Alex O’Connell: They say you can tell a lot about a person from their shoes, Cyndi Lauper tells me. Hers are high black platforms worn on bare feet – old favourites by the New York-based designer Michael Kors… 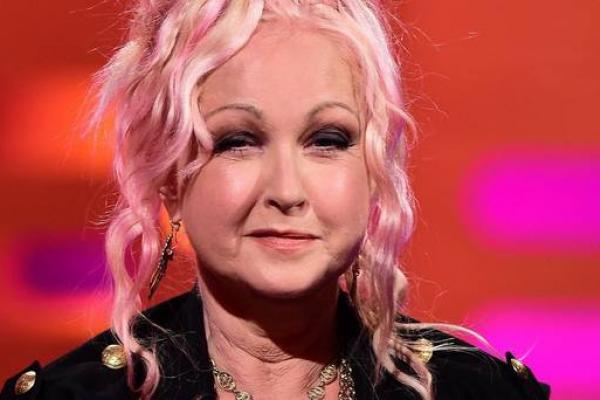 President Putin would like my drag queen show Kinky Boots
Singer-songwriter Cyndi Lauper has said if President Putin were to see her musical Kinky Boots, “he’d like the fashion”. The show, which opens on Tuesday night at the Adelphi Theatre in London… 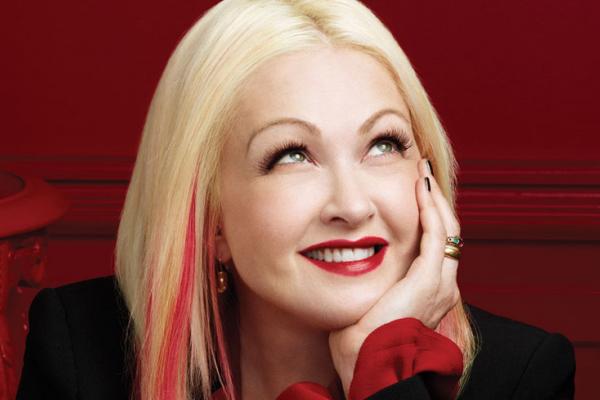 Cyndi Lauper talks “fucking rules”, drag queens and acceptance
William J Connolly: She’s music royalty, the aural childhood of thousands and so decorated in prestigious awards that we’re not sure where she has space to keep them…

Kinky Boots star Matt Henry: I used to sell interval ice cream
Robert Dex: Fifteen years ago Matt Henry was selling ice creams in the interval at the Adelphi Theatre. Now he is on its stage – playing the leading role of transvestite Lola in new musical Kinky Boots… 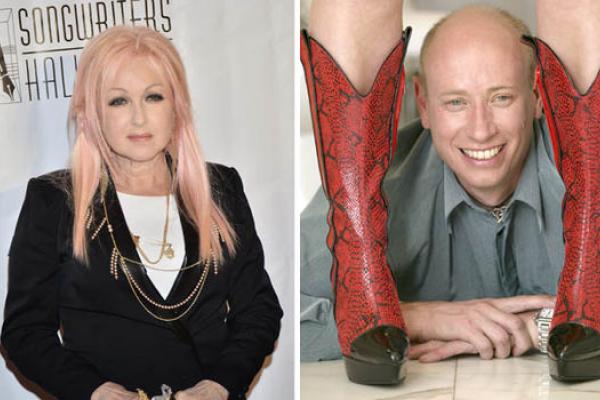 What happened to the real kinky boots factory?
Adrian Lee: Then 17 he was following in the footsteps of four generations of his family at the Northamptonshire shoemaking firm. Over the next 14 years Steve learned everything about the craft and… 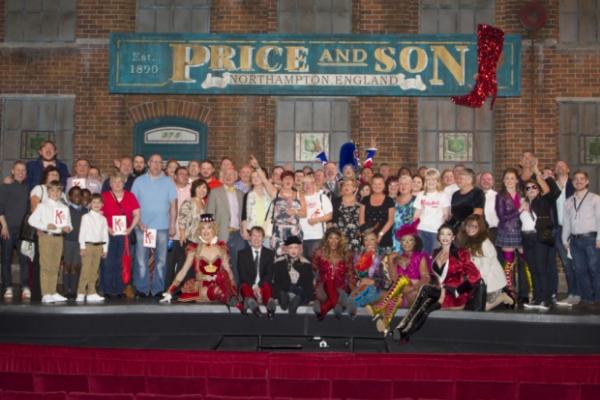 Stars of West End musical Kinky Boots meet up with shoe factory workers
Staff at Trickers in Northampton got a sneak peek of the show, which is based on the true story of how struggling shoe factory WJ Brooks Ltd transformed its fortunes by selling kinky boots…