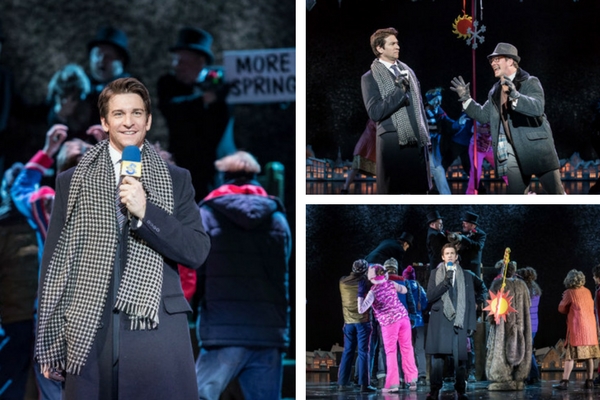 Could the dream team behind multi award-winning, all-over-the-globe hit Matilda – director Matthew Warchus, composer and lyricist Tim Minchin, choreographer Peter Darling and designer Rob Howell – possibly strike gold again with their very next musical? Judging by reactions of the first batch of reviews for Groundhog Day, the answer is a resounding yes. 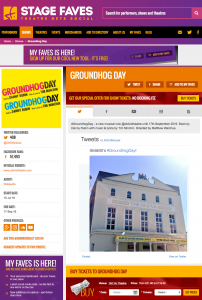 Get all social media for Groundhog Day & its cast on www.stagefaves.com

After five weeks of previews (since 11 July), the screen-to-stage adaptation of the hit 1993 film Groundhog Day had its world premiere last night (Tuesday 16 August) at the Old Vic Theatre, where Warchus is artistic director and the production now has a frustratingly short run until 17 September only ahead of a planned Broadway transfer.

The dream team is bolstered by Danny Rubin, Groundhog Day‘s original screenwriter, who has written the book. It stars American Andy Karl as Phil Connors, the cynical TV weatherman (immortalised onscreen by Bill Murray) who is sent to cover the annual Groundhog Day festivities in smalltown Pennsylvania and becomes trapped in an endless timeloop where every day is Groundhog Day. The cast also features Carlyss Peer (as Rita Hanson, played by Andie Macdowell in the film) and Andrew Langtree (Ned Ryerson).

I’m going tonight and cannot wait! By the way, special shoutout to Time Out theatre editor Andrzej Lukowski for his very funny (four-star) review, in which he takes the musical’s theme of repetition as a literary challenge. Scroll down to read more…

Groundhog Day continues at the Old Vic Theatre until 17 September 2016. 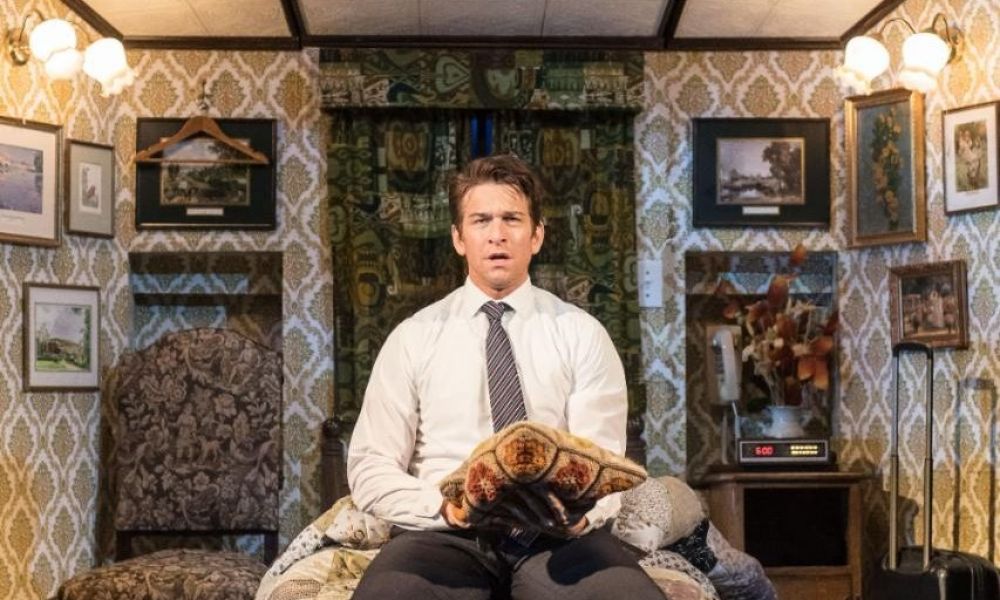 DAILY TELEGRAPH – ★★★★★
Dominic Cavendish: An instant classic… Something extraordinary has happened at the Old Vic. A much-loved, ingeniously funny and clever Hollywood film has made a triumphant theatrical rebirth – in a show that looks, on first viewing, equal to, and perhaps better than, the movie… With this beacon of hope for new musical theatre, the Old Vic is finally on an incredible roll. 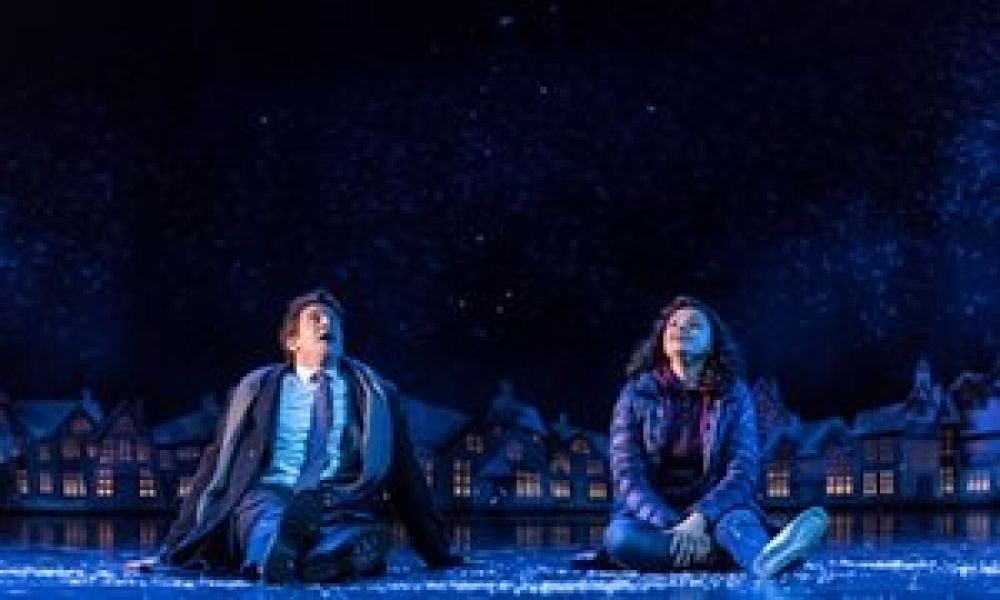 GUARDIAN – ★★★★
Michael Billington: The team behind Matilda the Musical reunite for a clever, eye-catching show based on the Bill Murray movie… The result is fantastically smart, clever and witty, but I have to say it left my heart untouched… While the show is high-grade fun, I enjoyed it more for its dazzling theatrical expertise than for its much thinner emotional content.

NEW YORK TIMES
Ben Brantley: Who knew that déjà vu could smell this fresh all over again?… It is cool (as in hip) and warm (as in cuddly); it is spiky and sentimental. And it transforms its perceived weaknesses into strengths in ways that should disarm even veteran musical-haters… I grinned pretty much all the way through “Groundhog Day,” unexpectedly happy to be stuck with Phil in Punxsutawney (and please never make me spell that again). 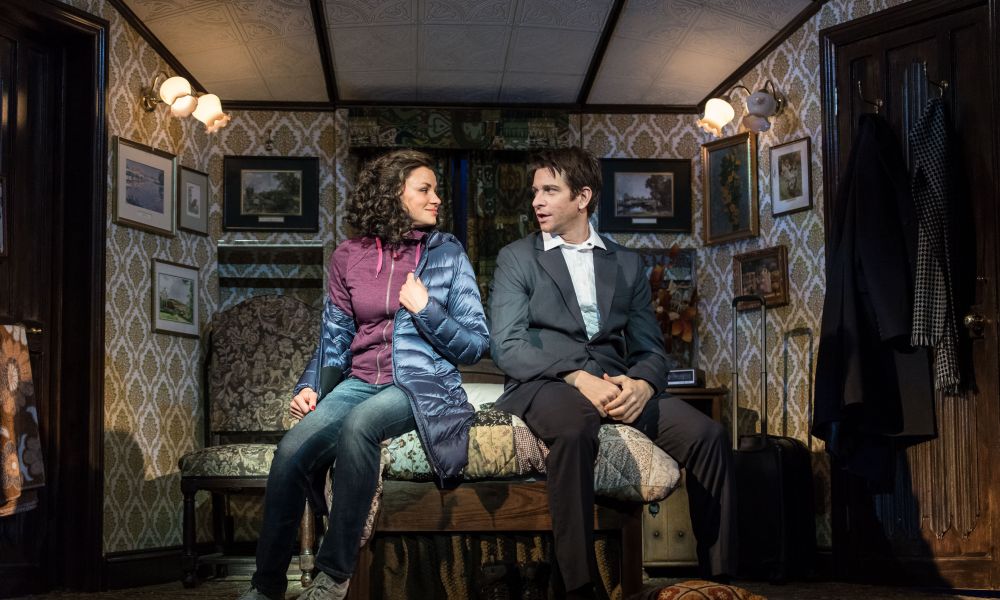 Bill Hagerty: The songs are witty, the sets colourful and pretty and the all-round talented cast is marshalled with great style and precision by director Matthew Warchus. But it’s Andy Karl, present in almost every scene, who makes the tale of redemption of a wisecracking heel irresistible. Bill Murray would be proud. 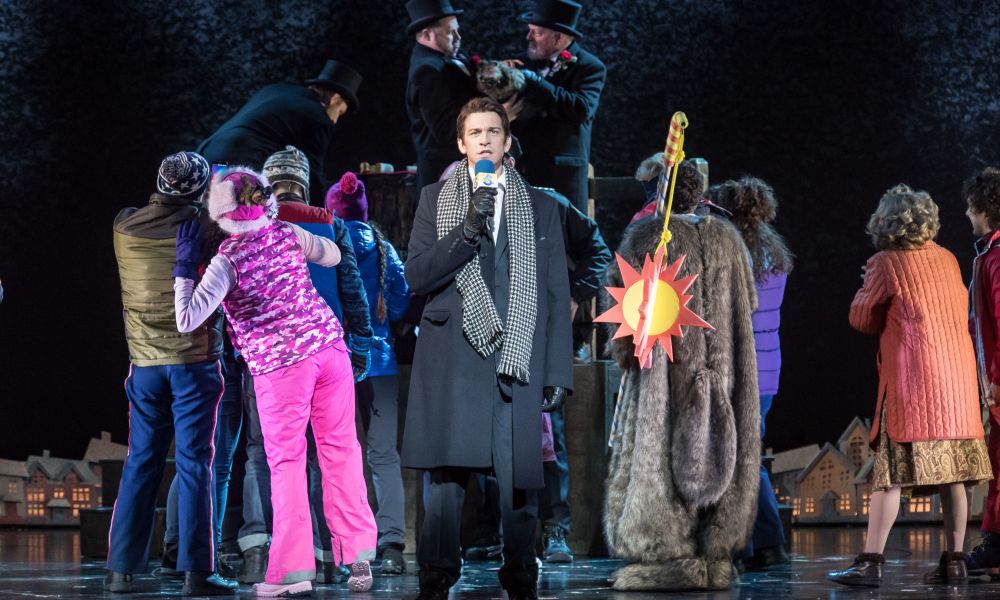 TIME OUT – ★★★★
Andrzej Lukowski: Groundhog Day, Tim Minchin’s adaptation of the 1993 Bill Murray classic, is not quite as good as ‘Matilda’, being a little bit more slick and saccharine. It is still bloody good, and probably the third best British musical of the twenty-first century. 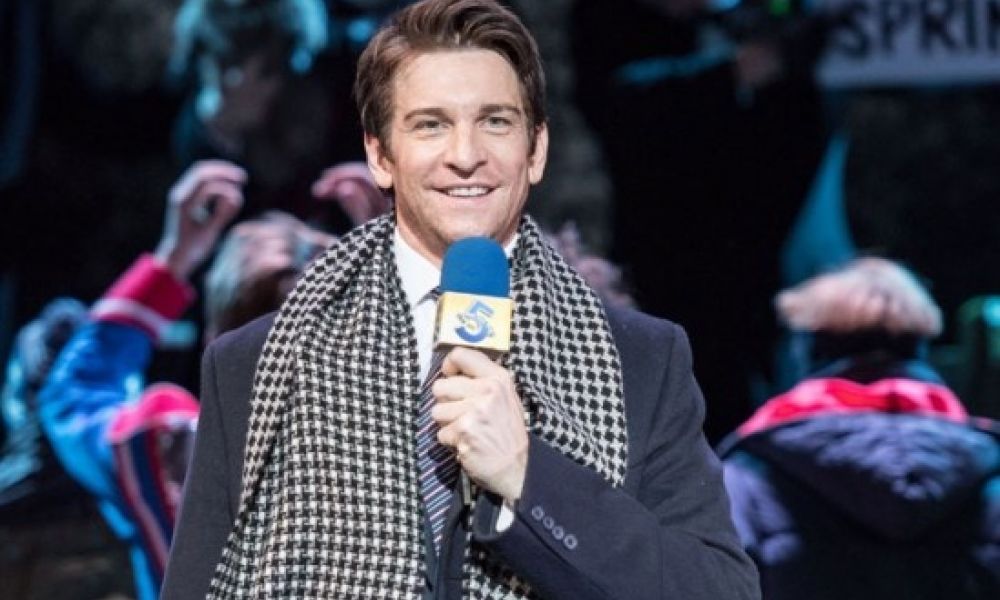 THE STAGE – ★★★★★
Mark Shenton: Minchin and his collaborators have thrillingly made a show that stays in the same time and place for more than two and a half hours, yet has an inner momentum that never induces a sense of deja vu. It’s an absolute musical triumph that I will want to see again and again. 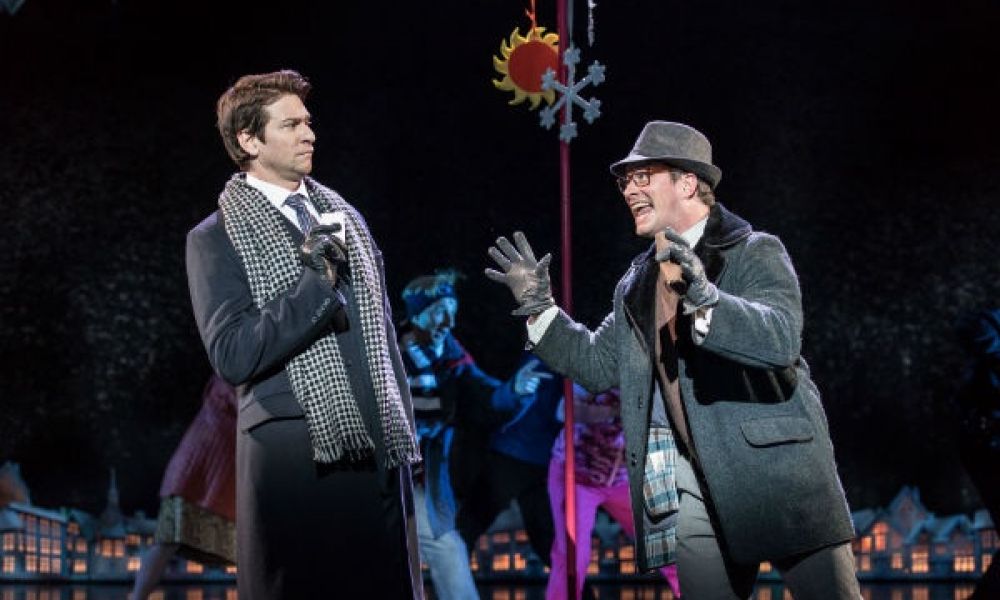 HUFFINGTON POST
Roger Crow: While elements of the movie are missing (no soundtrack classics I’ve Got You Babe or Pennsylvania Polka), it scarcely mattered. The transition from screen to stage is so rewarding I’m hoping this beta test version will be given a chance to shine on a bigger stage either in the West End or Broadway. 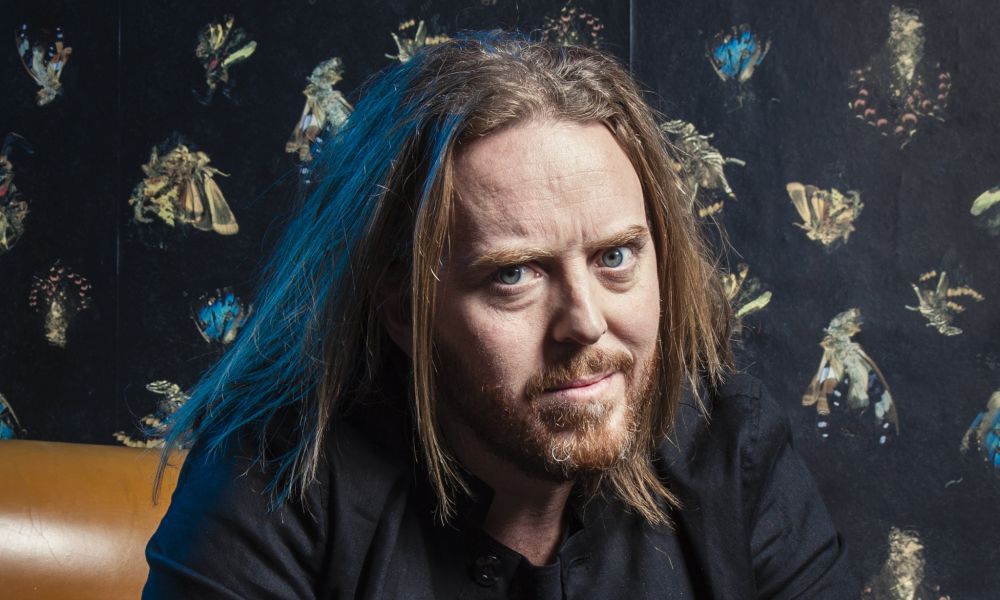 Tim Minchin on Groundhog Day, Bill Murray & Brexit
Andrzej Lukowski: ‘Bill Murray, Andie MacDowell… they mean nothing to me, nothing to me at all,’ cackles the man adapting Harold Ramis’s classic comedy ‘ Groundhog Day ‘ into a musical. If this man… 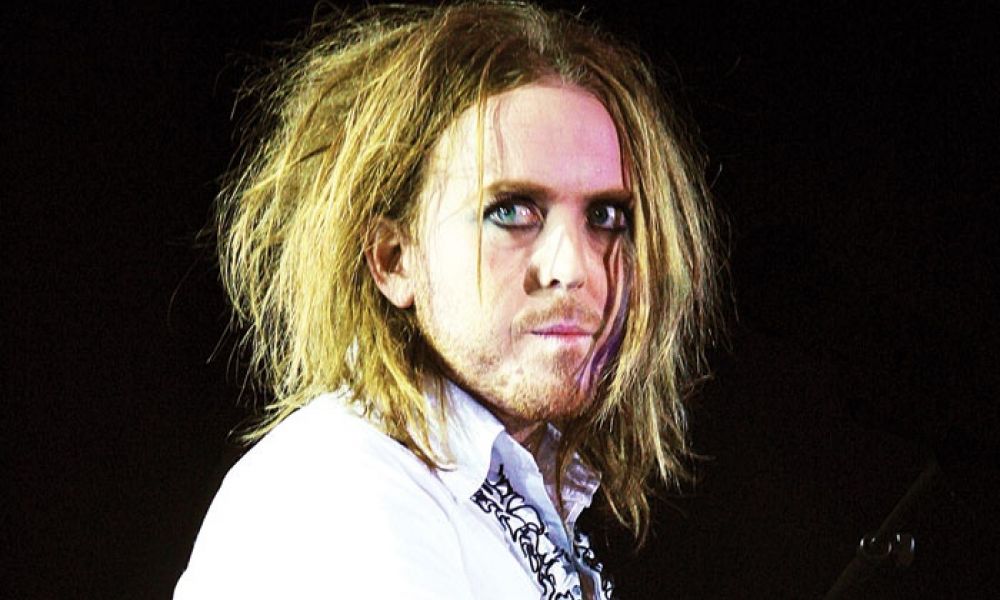 The Big Interview with Tim Minchin
Mark Shenton: Tim Minchin is more than a little anxious. His latest stage musical Groundhog Day is about to open at the Old Vic when we meet, and he admits: “I’m getting nervous – after all these years…

thestage.co…
Groundhog Day’s original screenwriter Danny Rubin penned a piece for the Telegraph newspaper, in which he confessed that he wrote the script in less than a week. That and other revelations were immediately picked up in the cinema press… 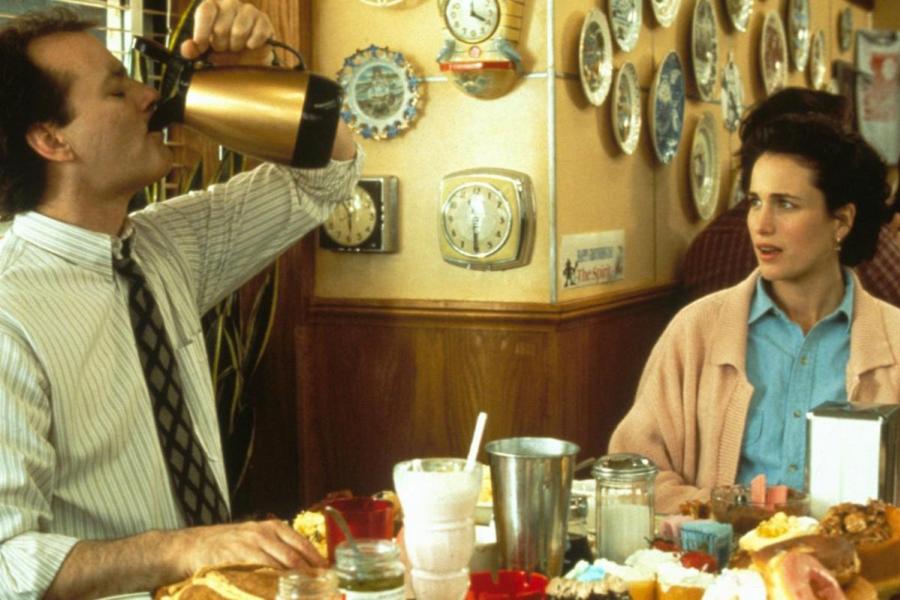 How I wrote the script for Groundhog Day in less than a week
Danny Rubin: As a new musical of ‘Groundhog Day’ opens, Bafta-winning screenwriter Danny Rubin recalls the brainwave that led to his original film One afternoon back in 1990, I was sitting in a cinema… 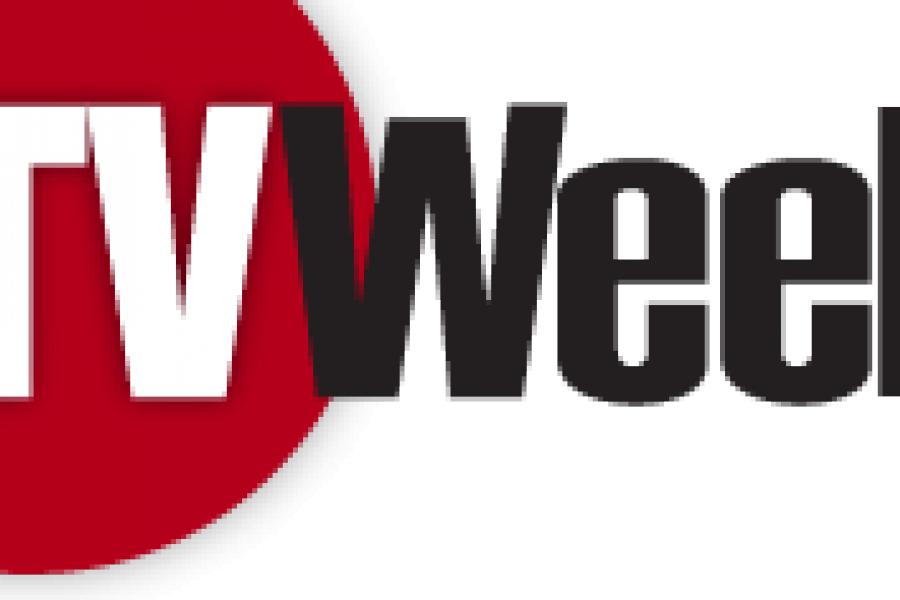 Danny Rubin, who wrote the original script for the classic 1993 film “Groundhog Day,” writes in a piece for the Telegraph how he got the idea for the film while sitting in a movie theater… 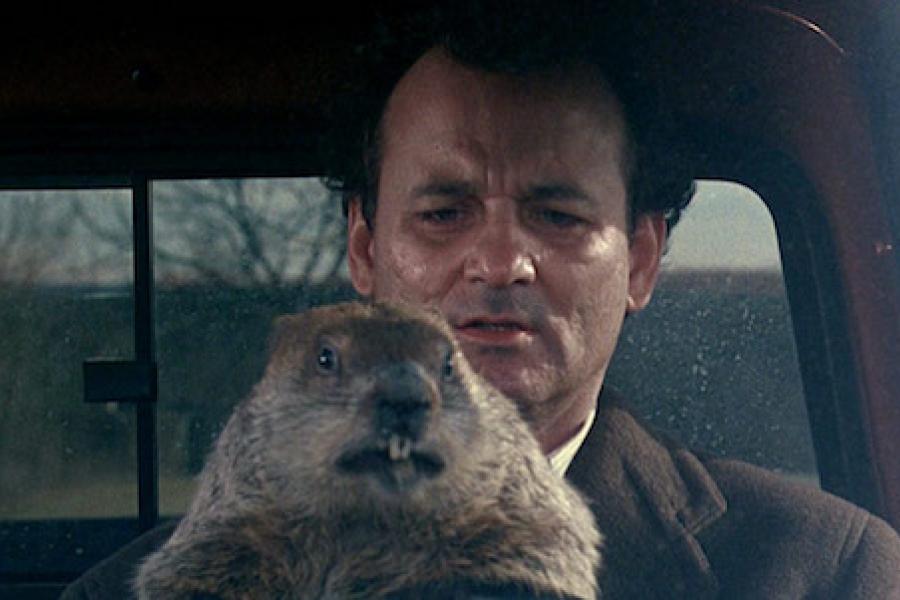 Bill Murray has built an almost-legendary comedy career over more than four decades, and one of the classics on his filmography is 1993’s Groundhog Day. Revolving around a man who keeps…