Press Pass: Everything you need to know about Follies at the National

Home-Press Pass: Everything you need to know about Follies at the National

Press Pass: Everything you need to know about Follies at the National 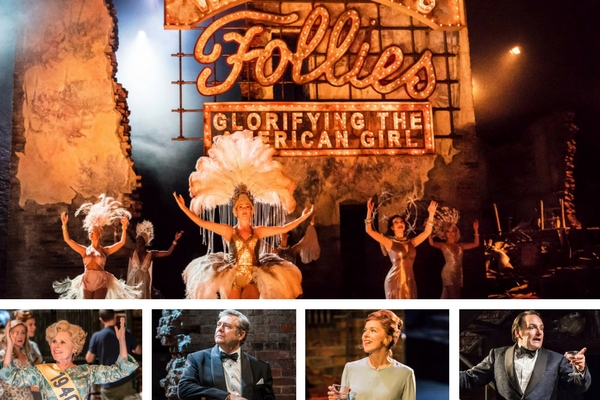 Sondheim’s Follies is a monster hit at the National Theatre

What do you need to know about Dominic Cooke‘s revival of Stephen Sondheim’s Follies at the National Theatre? It’s a great big, sumptuous, stellar hit. 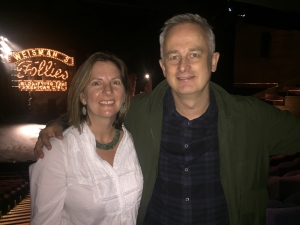 I was lucky enough to see a preview myself this past weekend – standing ovation – and give a surprisingly alert-looking Dominic a hug afterwards. Any nerves he may have been feeling then must surely have disappeared now as the rave reviews roll in.

Here’s a round-up of the first out since the curtain went down on the press performance a few hours ago. I’ll update more at some point tomorrow (today), but must get to bed now.
The National’s major, mammoth production features a cast of 37 (and an orchestra of 21) including Imelda Staunton (as Sally), Janie Dee (Phyllis), Philip Quast (Ben), Peter Forbes (Buddy), Tracie Bennett, Di Botcher, Dawn Hope, Geraldine Fitzgerald and Josephine Barstow. (Click here to get full cast list and all social media for the show on my site StageFaves!) It’s designed by Vicki Mortimer and choreographed by Bill Deamer.

Follies is booking at the National’s Olivier Theatre until 3 January 2018. It will be broadcast live in cinemas across the globe November 16. 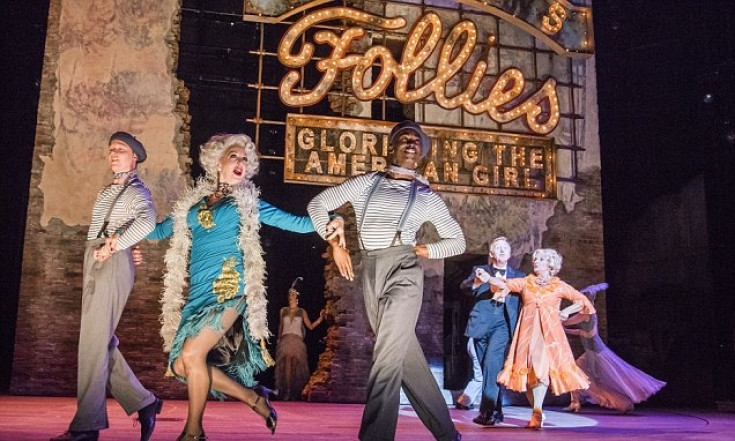 Daily Mail – ★★★★
Quentin Letts: Regret, nostalgia, decay, failure: despite Dominic Cooke’s spirited production (well over two hours with no interval), the pessimism, particularly about love and marriage, never quite convinces. But there are enough vignettes, not least from the wonderful Dame Josephine, to make the evening linger in the memory. 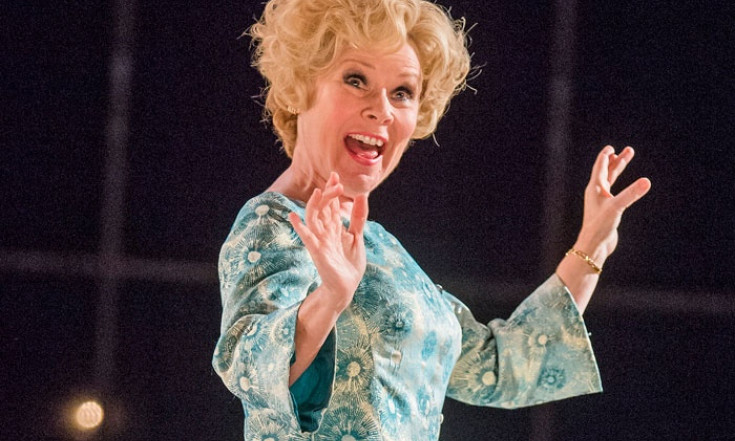 The Stage – ★★★★★
Tim Bano: The 1987 West End production closed because producer Cameron Mackintosh claimed he could not find anyone good enough to replace McKenzie, Rigg et al. It’s taken 30 years, but it was worth the wait. This isn’t just triumphant, it’s transcendent. 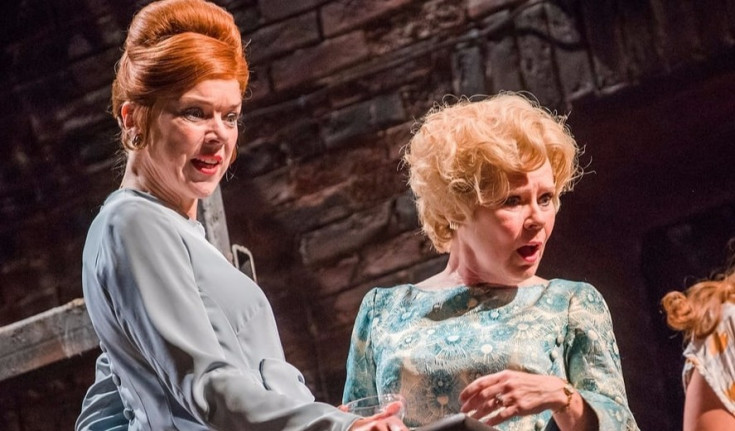 Guardian – ★★★★★
Michael Billington: Dominic Cooke’s superb revival, reverting to the structure of the 1971 original and ditching the optimistic conclusion that marred the 1987 West End production, gives this bleakly festive musical a poetic unity I didn’t realise it possessed… Cooke’s real breakthrough is to suggest that every character in the show is haunted by the ghosts of the past… I came out admiring the show more than ever. 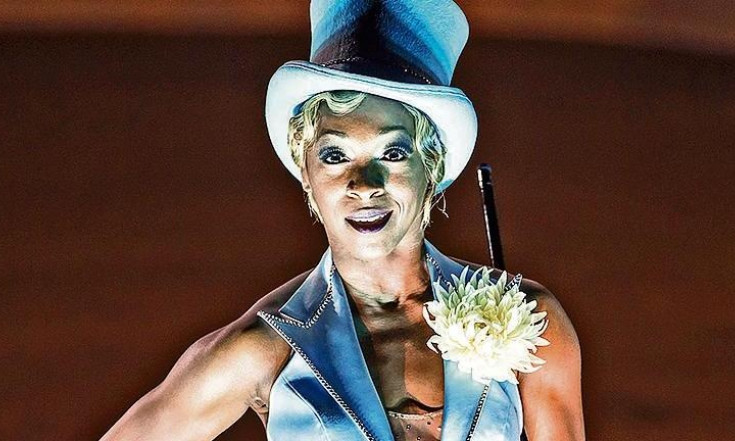 The Times – ★★★★★
Ann Treneman: This production is wildly traditional by the National Theatre’s standard and the costumes, especially, are a joy… Imelda Staunton is the star we’ve all come to see but Follies is an ensemble piece, with no fewer than 37 performers, not to mention a 21-piece orchestra… It is the cat’s pyjamas, with added frou-frou. 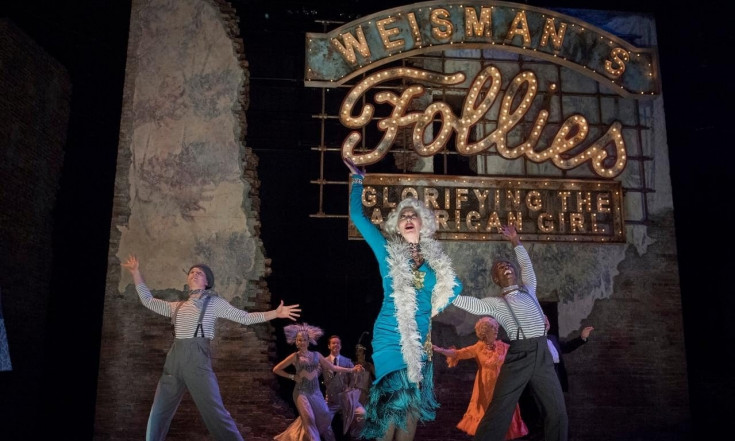 Telegraph
Dominic Cavendish: Bit by bit, the sense that we’re here to admire, in an off-hand way, a cavalcade of stylish turns departs, to be replaced by a sense of raw identification, awe at the way everything threads together and joy at some of the best Sondheim songs in the canon. “I’d go straight back and see it again,” I heard a woman enthusing the moment she exited… Unmissable, really. 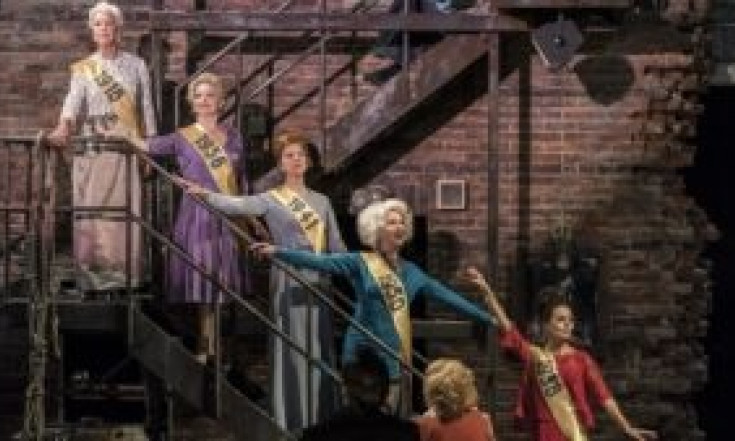 Metro – ★★★★★
John Nathan: This is a show saturated in the spirit of Broadway. But at heart it’s about regret. Sally is married to Buddy but always loved Ben. Ben used to love Phyllis but now wants a divorce. If that sounds depressing then factor in one of the most inventive scores for the stage and a perfect production by Dominic Cooke whose cast acts the songs as powerfully as they sing them. 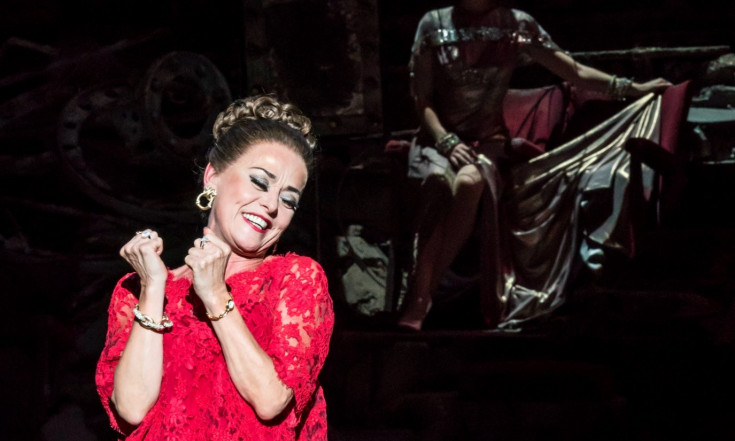 Mates > Libby Purves ★★★★
Not a harsh word can be uttered about any of the big Sondheim numbers, or against the stellar cast – especially the women. Imelda Staunton, Janie Dee, Tracie Bennett, Josephine Barstow – be still my beating heart! 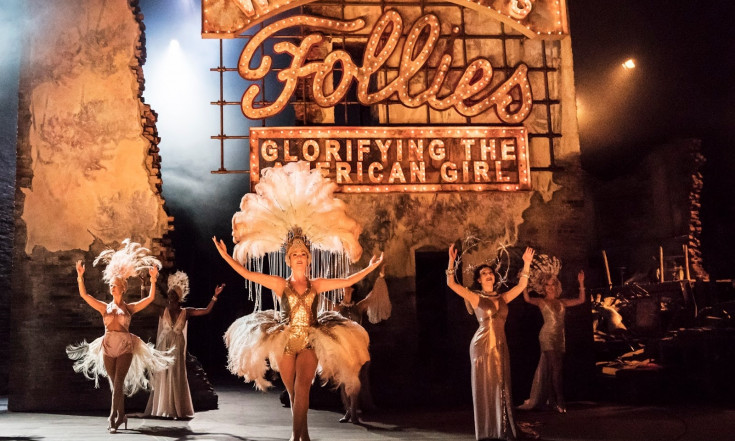 Mates > Ian Foster
Using the original book with just a smattering of small changes, this is musical theatre close to its most luxurious, and a bittersweetly life-affirming thrill to watch. 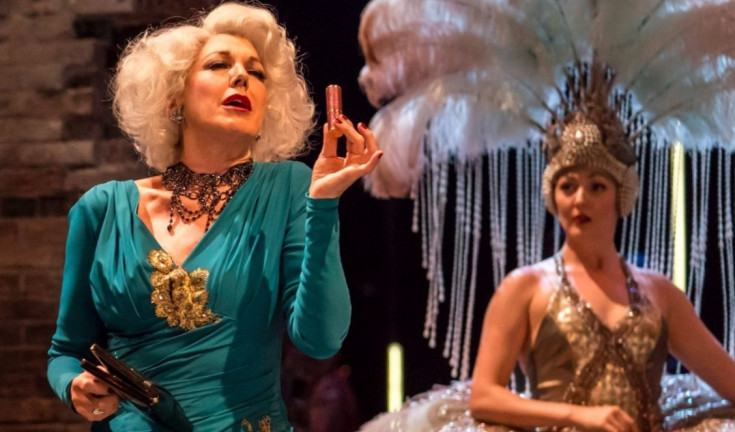 London Theatre – ★★★★★
Mark Shenton: Stephen Sondheim and James Goldman’s 1971 Broadway masterwork Follies is a literally overwhelming experience. I cried from virtually the beginning to the haunting end of this evocative portrait of the end of an era for a once-fabled New York theatre. 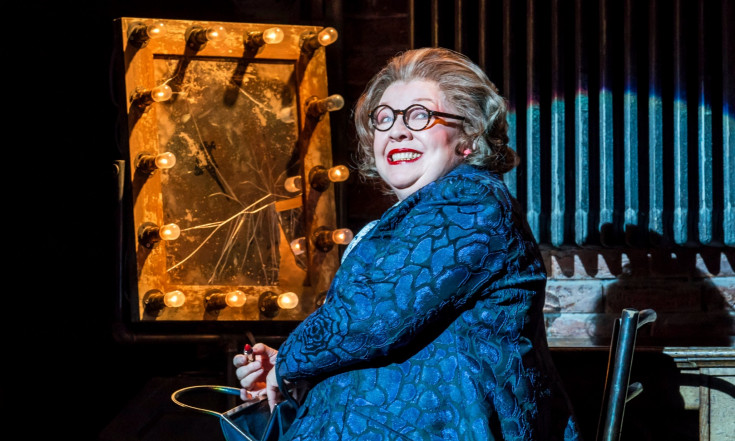 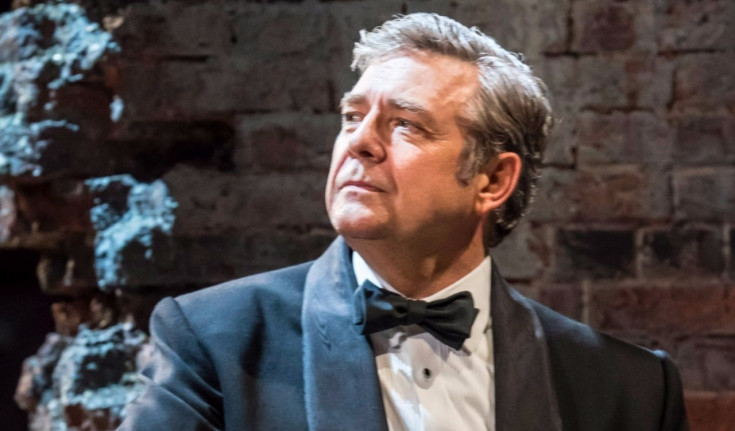 Philip Quast: ‘Everyone in Follies is terrified.’
Mark Shenton: The only man to win the best actor in a musical Olivier three times, Philip Quast still felt it was necessary to fly from Australia to audition for Follies, rather than send in the requested tape. He talks ghosts and why this might be his final appearance in the UK. 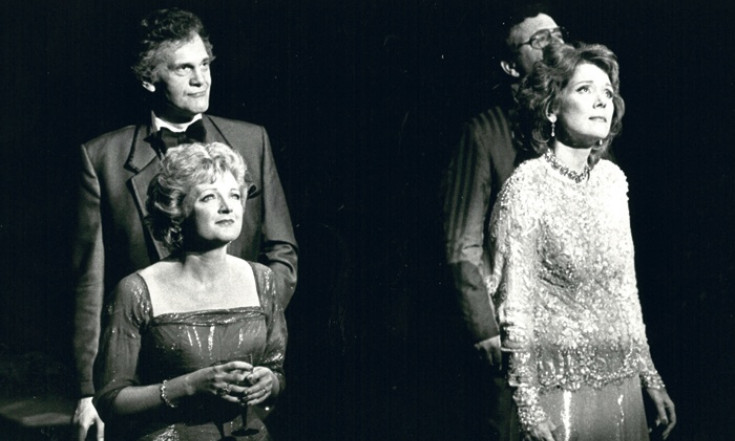 Follies: Still living, laughing, loving
Nick Smurthwaite: As the National Theatre revives Follies for its first full staging in three decades, Nick Smurthwaite looks at the inspiration behind Stephen Sondheim’s homage to the giants of musical theatre to whom the show pays homage, including Florence Ziegfeld. 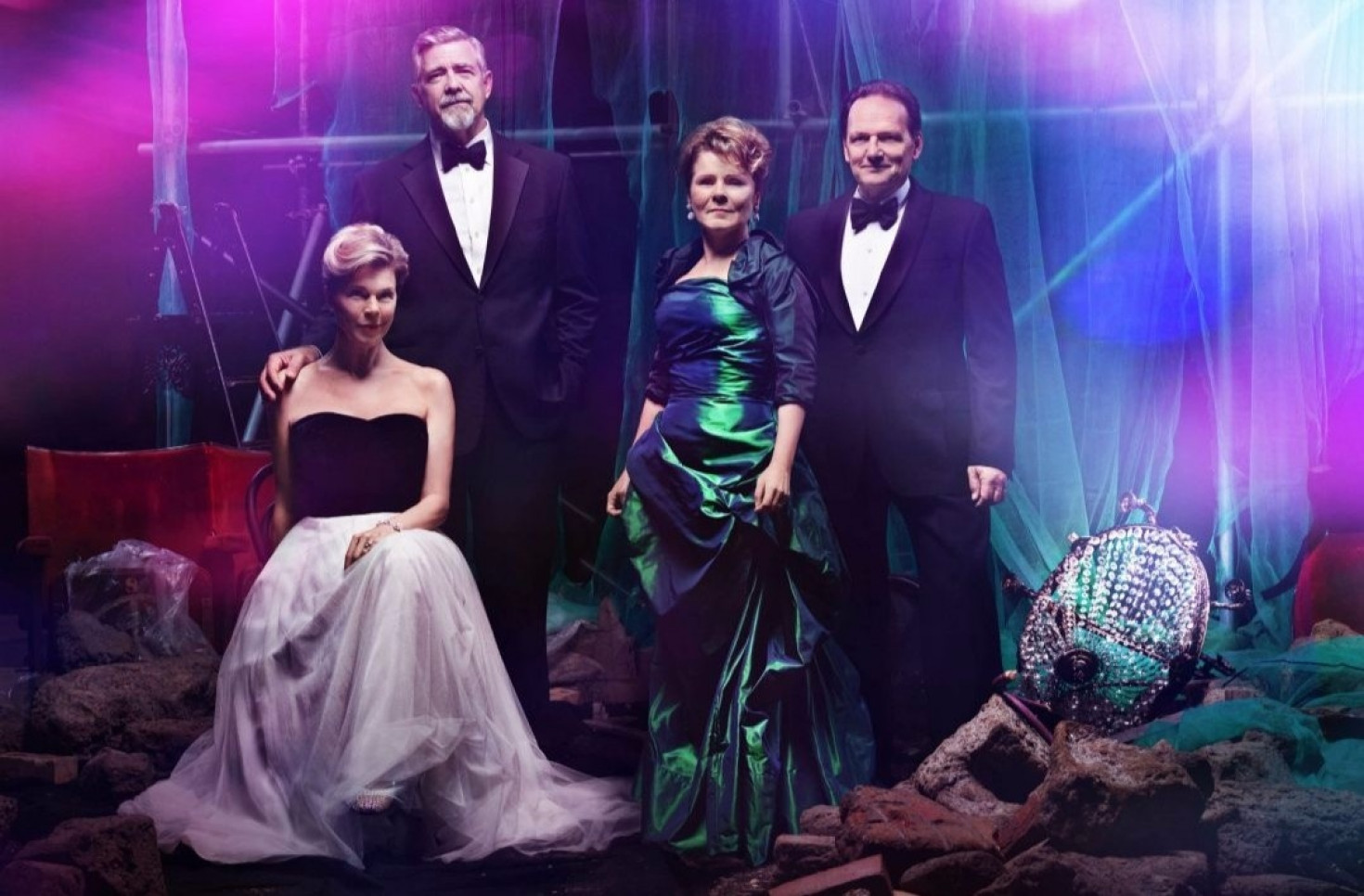 Theater geeks are freaking out about Sondheim’s lavish London Follies
Michael Reidel: Pull up a chair, Stephen Sondheim fans: I’ve got eyewitness reports from the National Theatre of London’s production…This “Follies” is probably too expensive to go anywhere, but if you can’t make it to London, you can see the National Theatre’s live broadcast at the Beekman in New York on Nov. 16.