Press pass: All the reviews and pics of Sheridan Smith in Funny Girl

Home-Press pass: All the reviews and pics of Sheridan Smith in Funny Girl

Press pass: All the reviews and pics of Sheridan Smith in Funny Girl 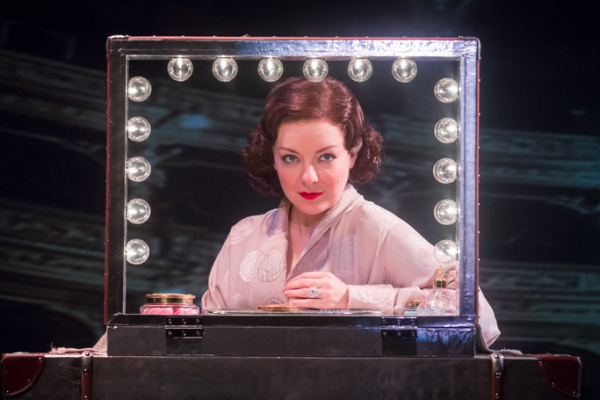 With the House of Commons Syria vote last night, it may be surprising that any other news gets a look-in in today’s newspapers. But in musical theatre happenings, the big news was London’s first major revival of Jule Styne’s Broadway classic Funny Girl. The big question: could Sheridan Smith lay to rest the ghost of Barbra Streisand, who originated the role of Fanny Brice on stage and (Oscar-winning) screen? And the big answer: a resounding yes.

Though many critics still find the musical itself problematic, despite Harvey Fierstein‘s tweaks to the book, it’s been showered with strong four- and five-star raves on the strength of Smith’s “scrumptious” and “high-voltage” comic and heartfelt performance.

Funny Girl sold out within 90 minutes of going on sale at the Menier Chocolate Factory. Ticket sales for the already-announced West End transfer to the Savoy Theatre – where Imelda Staunton has just finished another career-defining performance in another Styne musical, Gypsy – will be given another huge boost by these reviews. It’s surely no accident of timing that 2016 also marks the 50th anniversary of the musical’s original 1966 London production. Will Sheridan Smith and this British company, helmed by American director Michael Mayer, take the show home to Broadway next?

Funny Girl continues at the Menier Chocolate Factory until 5 March. It then transfers to the Savoy Theatre for a limited 12-week season from 9 April to 2 July 2016.

★★★★ – GUARDIAN
Michael Billington: It may be a poor man’s Gypsy and Barbra Streisand has hitherto owned the role, but this production exhibits real class and Sheridan Smith is a constant joy to watch… She brings to the role her own brand of exuberant mischief and spiritual warmth. Where audiences admired Streisand, they palpably adore Smith.

★★★★ – EVENING STANDARD
Henry Hitchings: Sheridan Smith is one of British theatre’s truly golden performers – a versatile star who thrills with her ability to be simultaneously sensitive, touching and hilarious. She’s on glorious form.

★★★★ – TELEGRAPH
Dominic Cavendish: If Sheridan Smith was a star before the lights went up on Funny Girl last night, she was twice the star by the time she took the thunderous curtain-call… She has finally laid to rest the idea that no one but Barbra Streisand (who made her name in the role) could pull it off.

★★★★ – DAILY MAIL
Quentin Letts: SheridanSmith has such scrumptious stage presence. She can make the right corner of hermouth quiver, the tiniest inward dent suggesting naughty mirth… She more than compensates for any musical shortcomings with her acting.

★★★★ – THE TIMES
Ann Treneman: Streisand owned this role… So no pressure then, last night, for Sheridan Smith. I have to say that she rises to the role of Fanny with aplomb, owning it for herself…Gurning, eye-popping, toe-tapping, foot sliding. She doesn’t have Streisand’s voice (go figure) but her comic timing is better.

★★★★ – TIME OUT
Andzrej Lukowski: Streisand’s legacy was pretty much assured before she hit 30…thanks to her turn as Fanny Brice in Funny Girl. Nobody has dared revive Funny Girl since… until now. If ever there were a British actor who could match Streisand for both musical theatre chops and girl-next-door charm, it’s Sheridan Smith.

★★★★ – THE STAGE
Paul Vale: Smith succeeds, but it takes a gargantuan effort to eliminate Streisand’s stamp on the role or the problems with the book, despite Harvey Fierstein’s helpful revisions… She nails the comedy, bringing heart and soul to this problematic musical.

Libby Purves: Britain’s own high-voltage electric waif, Sheridan Smith… nails it: every wisecrack and every nuance, and she takes several opportunities for sly, new and very British moments… Smith made us all, for a brief moment as we stood to cheer, join in the last bellow of “…are the happiest people of all!”

★★★★★ – MY THEATRE MATES
Jonathan Baz: In tackling People, Smith  shatters the Streisand mould and makes the song her own. Likewise, she scales the immensity of Don’t Rain On My Parade and The Music That Makes Me Dance with a sublime confidence that is more than matched by her stunning charisma and ability.

THE ARTS DESK
Edward Seckerson: The greatest star? Sheridan Smith as Fanny Brice in Funny Girl… It’s hard not to invoke the B word – Barbra, that is, not Brice – and I speak as someone who bunked off school to catch her at a midweek matinee almost 50 years ago.

BRITISH THEATRE GUIDE
Philip Fisher: Once musical fans read the reviews and hear about yet another Sheridan Smith star turn, there has to be every possibility that Broadway will beckon as well, for a show directed by their own Michael Mayer.
britishtheatreguide.info
Other

Fanny, Barbra and Sheridan: Funny Girl on stage and screen
As Sheridan Smith takes the lead role in the Menier Chocolate Factory’s Funny Girl revival, we take a look at Fanny Brice and the musical’s history.