Press Pass: All the Motown reviews plus starry livestream, news and interviews

Home-Press Pass: All the Motown reviews plus starry livestream, news and interviews

Press Pass: All the Motown reviews plus starry livestream, news and interviews 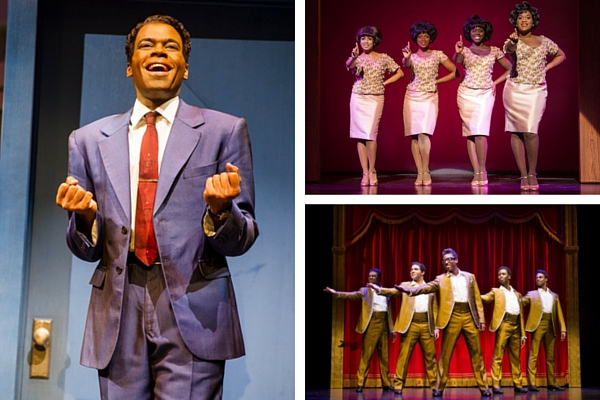 Yes, I am posting this #PressPass at gone 4am – blame those incessant Motown hits that keep spinning round and round and round my head after attending tonight’s (technically, now last night’s) West End premiere of the Broadway hit, Motown the Musical.

You will know, of course, that this is the (company?) bio-musical telling the story of the legendary American record label of the same name, and more particularly, of the songwriter turned semi-reluctant mogul Berry Gordy who founded said record label on an $800 loan and abundant reserves of determination.

But do you know what the critics, and other press, said? Well, as of 4am – and I’ll update when more are published at a rational hour – the overnight reviews are largely positive, buoyed on a wave of nostalgia and appreciation for the Motown sound. The show’s detractors, including the Guardian‘s esteemed Michael Billington, were decidedly unimpressed by the patchy book, which even the its fans admit is it’s “weak spot”.

Here’s a snapshot (with links) of what’s out, plus other opening news, interviews and pics – Mary Wells was sat just behind me and, I can tell you, she really did look AMAZING – and a West End live-streaming first.

Motown the Musical is currently booking at the West End’s Shaftesbury Theatre until 18 February 2017. 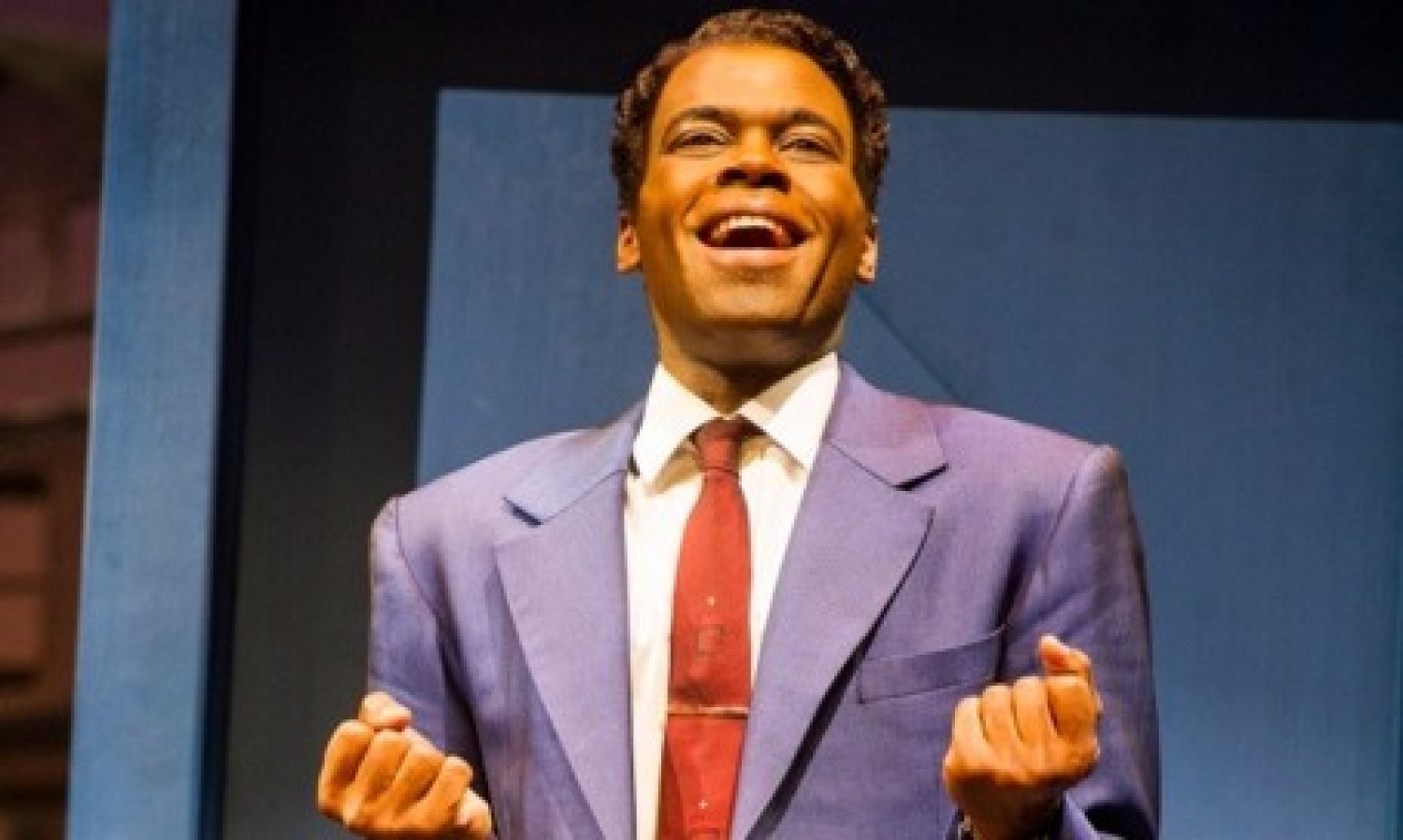 TELEGRAPH – ★★★★
Dominic Cavendish: Never mind the sometimes cluncky script, superb performances and a gilded back-catalogue make this musical an urgent rallying cry for us all to rediscover our Motown mojo… Ain’t no mountain high enough to match the towering achievement of Motown Records… So likeable is the tireless Cedric Neal, a sizzling-hot American import who sings, dances and anchors scene after scene, that you’re left persuaded by the flattering portrait of Gordy’s integrity. 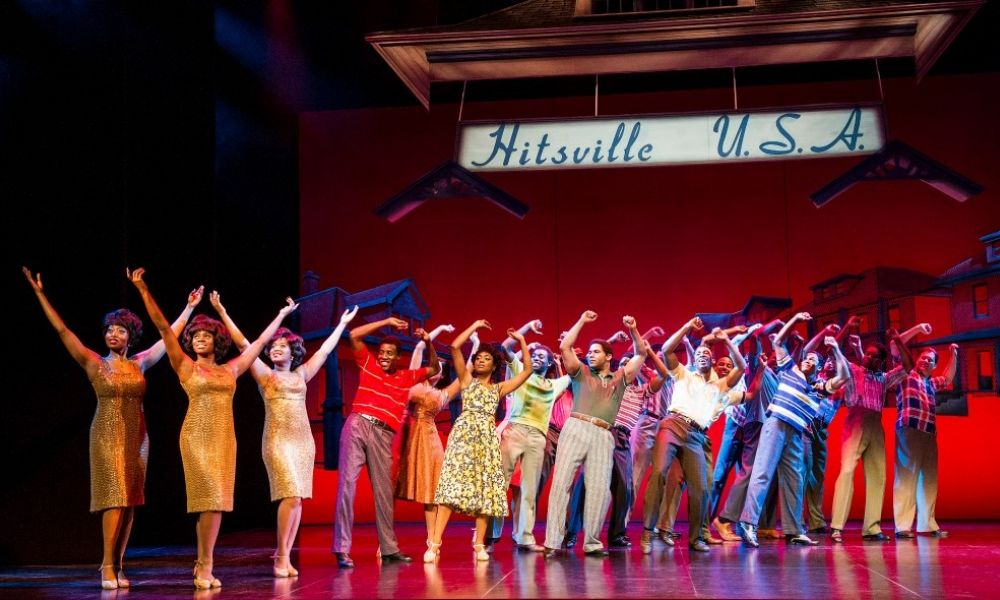 TIMES – ★★★
Ann Treneman: What’s not to like? A hit on Broadway, this chronicle-cum-celebration of Tamla Motown arrives in the West End complete with faithful and dynamic re-creations of some of the greatest pieces of soul pop ever recorded… Twenty-five years of this fecund label is a lot to encapsulate in one evening. You wish they had traded some overview for a few more moments where you truly get the feeling of Motown. This show is always enjoyable, if not always the transcendent hit you long for it to be. 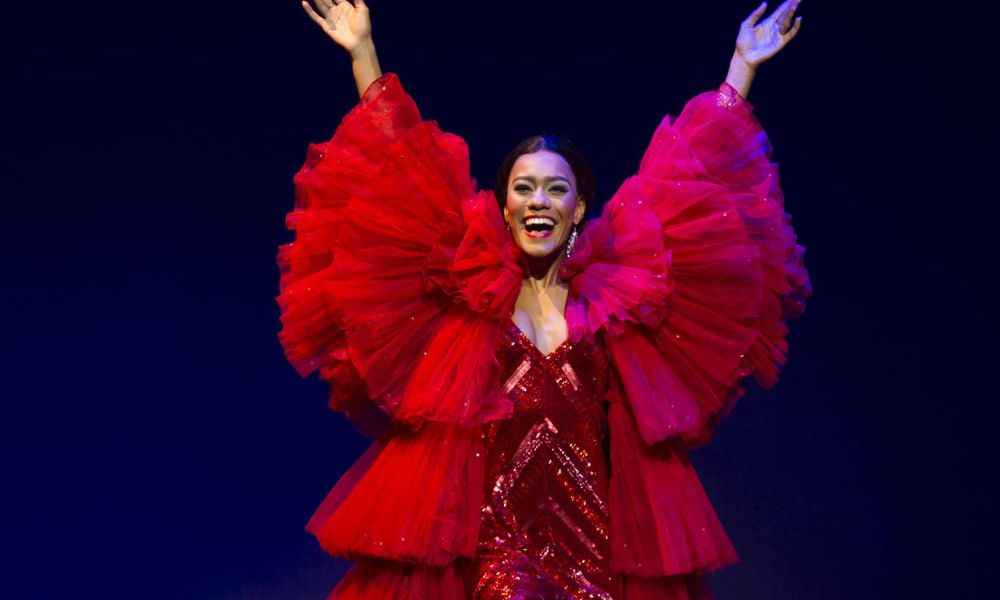 EVENING STANDARD – ★★
Henry Hitchings: This energetic jukebox musical squeezes 50 infectious songs into two and a half hours. Paying nostalgic tribute to the soulful sound pioneered by Detroit’s Motown Records, it’s packed with hits by the likes of Stevie Wonder and Marvin Gaye. What’s missing is a compelling story… Still, wholehearted performances and the zest of a sizeable band led by Gareth Weedon go some way towards compensating for the rickety storytelling. 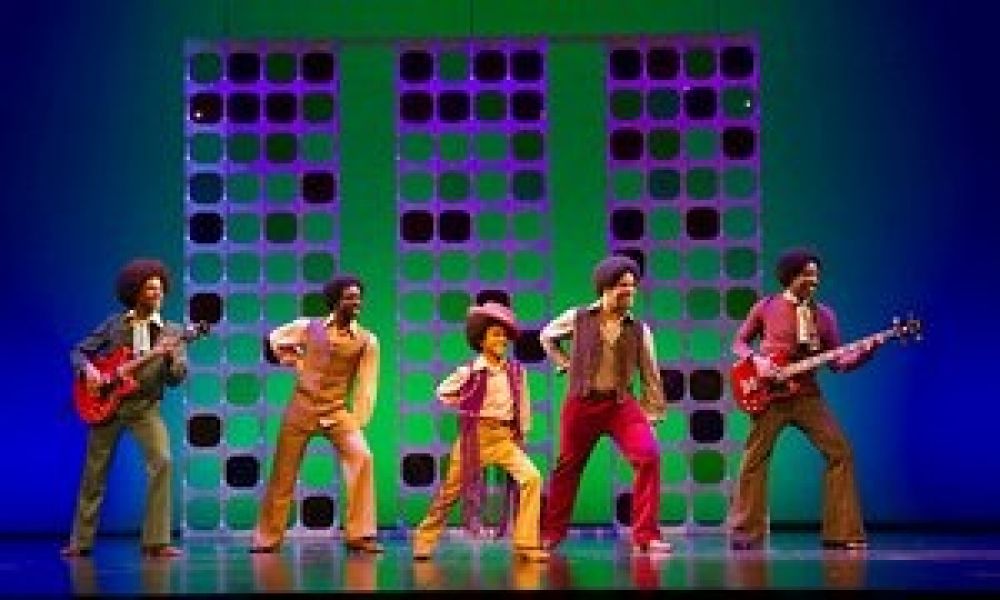 GUARDIAN – ★★
Michael Billington: Given that Berry Gordy has written, co-produced and is the lead character in this imported American musical, it is clear that the ego has landed… The show’s 50 songs are put across with plenty of pizzazz but … leaves the key questions unanswered… I couldn’t help comparing the show with the much superior Memphis: the Musical, recently at the same theatre, which showed how a pivotal moment in pop history helped to shift racial attitudes. 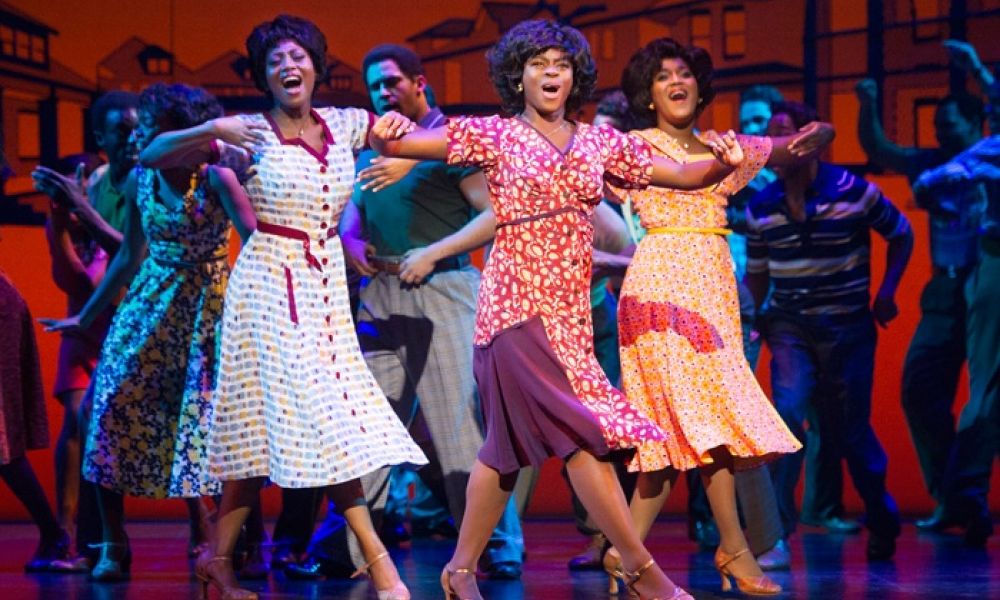 THE STAGE – ★★★★
Mark Shenton: Motown the Musical may just be the ultimate jukebox musical. Short of putting a physical jukebox on the stage and playing a succession of the records once minted by the famous Detroit-based record label… musicals don’t get more more like a parade of wall-to-wall hits than this….The music is so thrillingly and beautifully rendered, this jukebox trip down memory lane just can’t fail 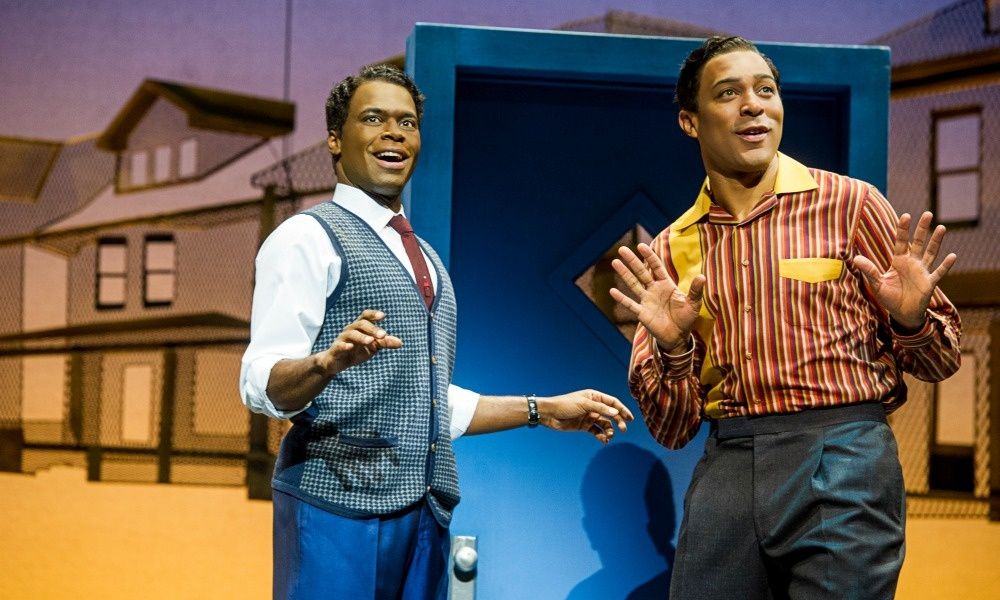 MY THEATRE MATES > TheatreCat – ★★★★★
Libby Purves: Rejoice! Beyond the retro panache lies a thing of wit, dry intelligent self-knowledge… The joy of this show is that for all the celebration, Mr Gordy does not spare himself: he frames the show – with nicely hokey domestic flashbacks – in the moment of its 25th anniversary in 1983, when artists who had left the label for big money gathered to mark the day, and the miffed 55-year-old founder refused to go 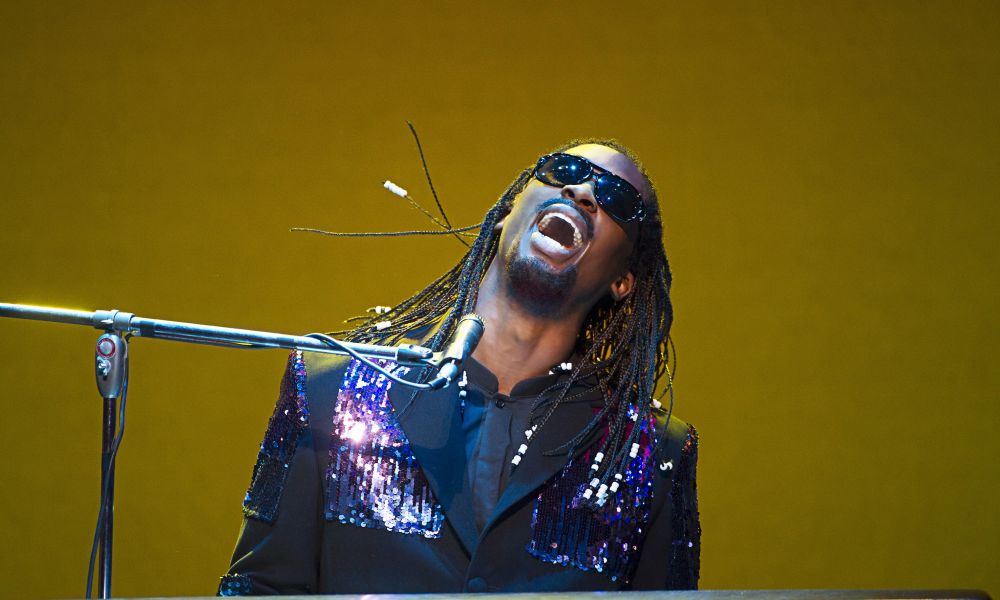 TIME OUT – ★★★
Andrzej Lukowski: This jukebox musical has one of greatest set-lists ever…and one of the laziest scripts… Other jukebox musicals set in a similar era – Jersey Boys, Beautiful – do the storytelling thing a lot better. Motown has more hits and better hits than both those shows combined. But while Gordy can write music with soul, he doesn’t seem to be able to do the same with his own story. 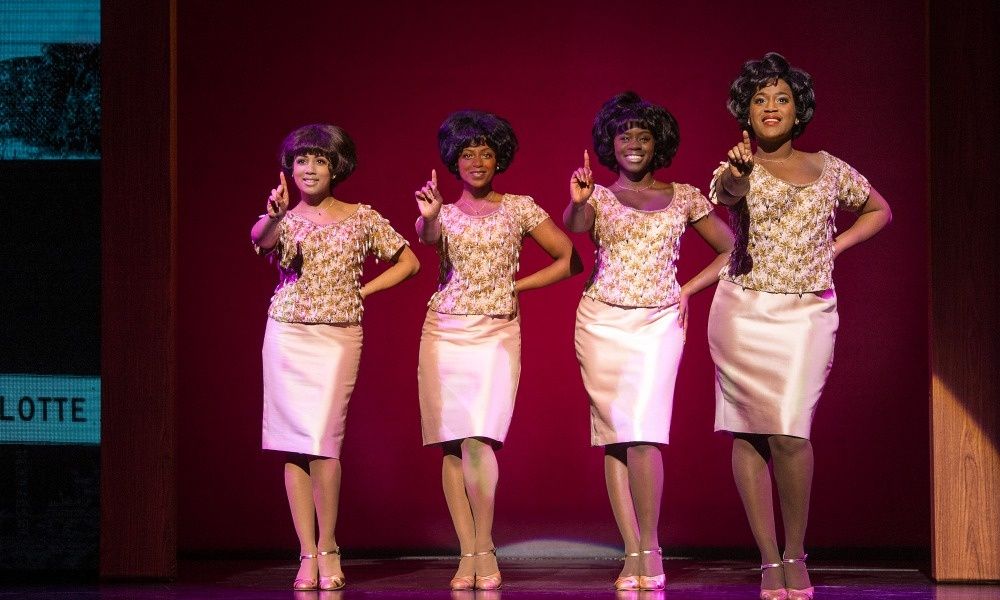 RADIO TIMES
Tony Peters: While there’s no denying the quality of the music, the show hangs the hits on a perfunctory storyline. This is basically the Berry Gordy story… So how does it stack up against other jukebox musicals? Not as good as Jersey Boys, but certainly not as bad as Thriller Live. And in the end it’s hard to be snitty about a genre that the punters clearly want.

radiotimes.com
Click here to BUY tickets to MOTOWN THE MUSICAL! 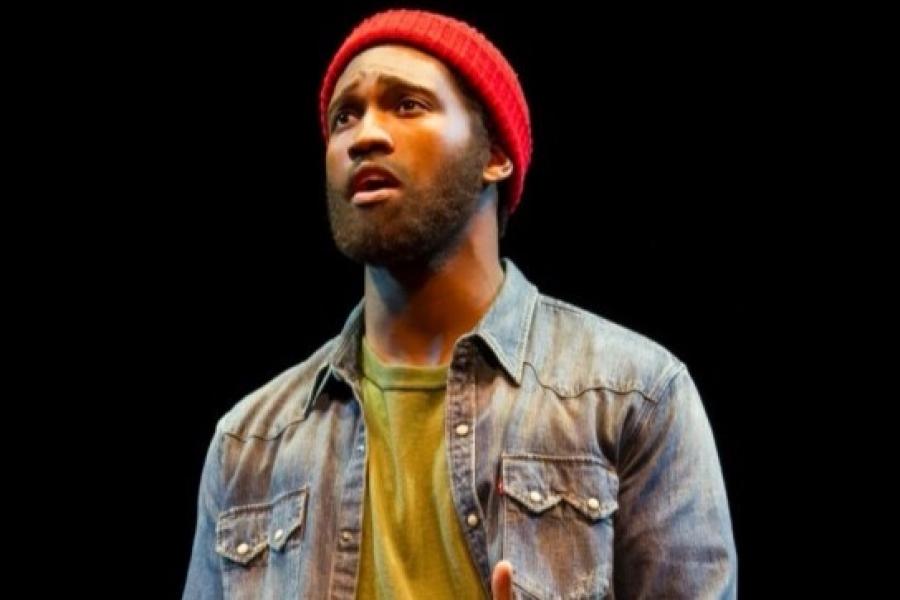 LONDON THEATRE – ★★★★
Mark Shenton: Gordy hasn’t perhaps served himself best by taking all the credit, in every way, here. It’s a megalomania run riot… Gordy is powerfully portrayed by Cedric Neal, and there are strong impersonations of Diana Ross, Smokey Robinson and Marvin Gaye by Lucy St Louis, Charl Brown and Sifiso Mazibuko. 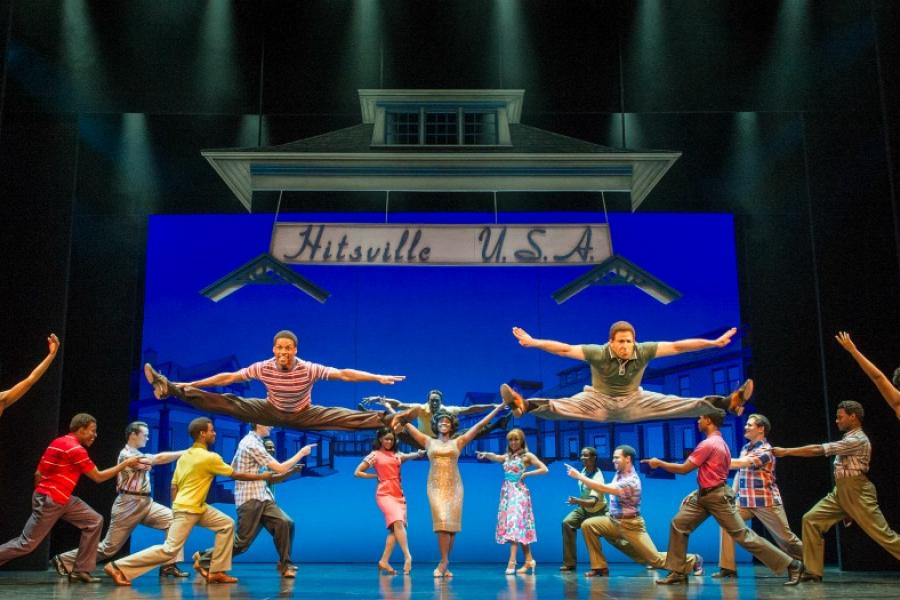 BRITISH THEATRE GUIDE
Philip Fisher: The biography is sketchy…but tells a tale of hope, as Gordy (BG to his chums) overcomes every kind of opposition… In the final reckoning, the book, based on Berry Gordy’s autobiography, is a little too cheesy for theatre aficionados but the songs will do all the selling that any producer (including the veteran BG himself) could wish for.
britishtheatreguide.info 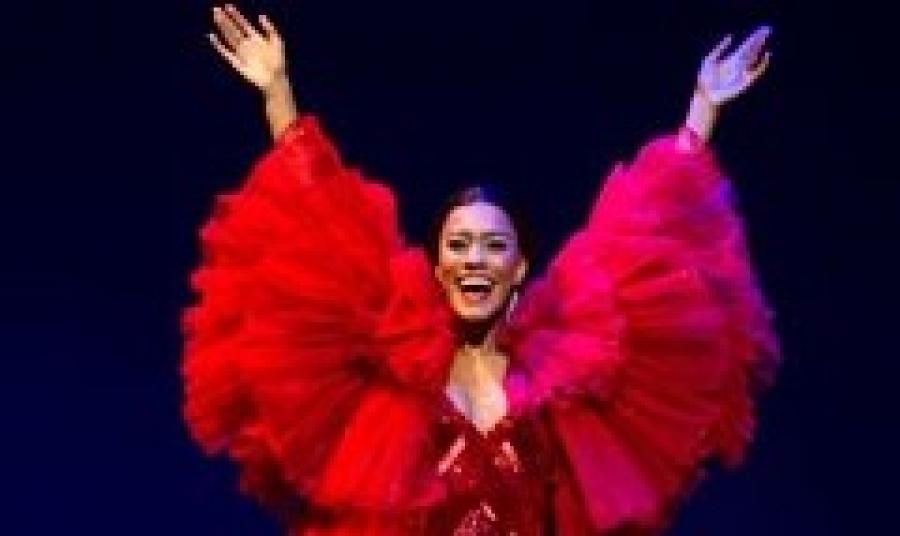 BRITISH THEATRE – ★★★★★
Douglas Mayo: If Neal’s performance embodies even just a fraction of Gordy’s real-life zeal, it is easy to see why the man conquered the music scene… As Diana Ross, Lucy St Louis is a knock-out… Motown breaks free of the normally constraints of a jukebox musical. It is a joyous, exuberant celebration of life, of challenge and ultimately of success. 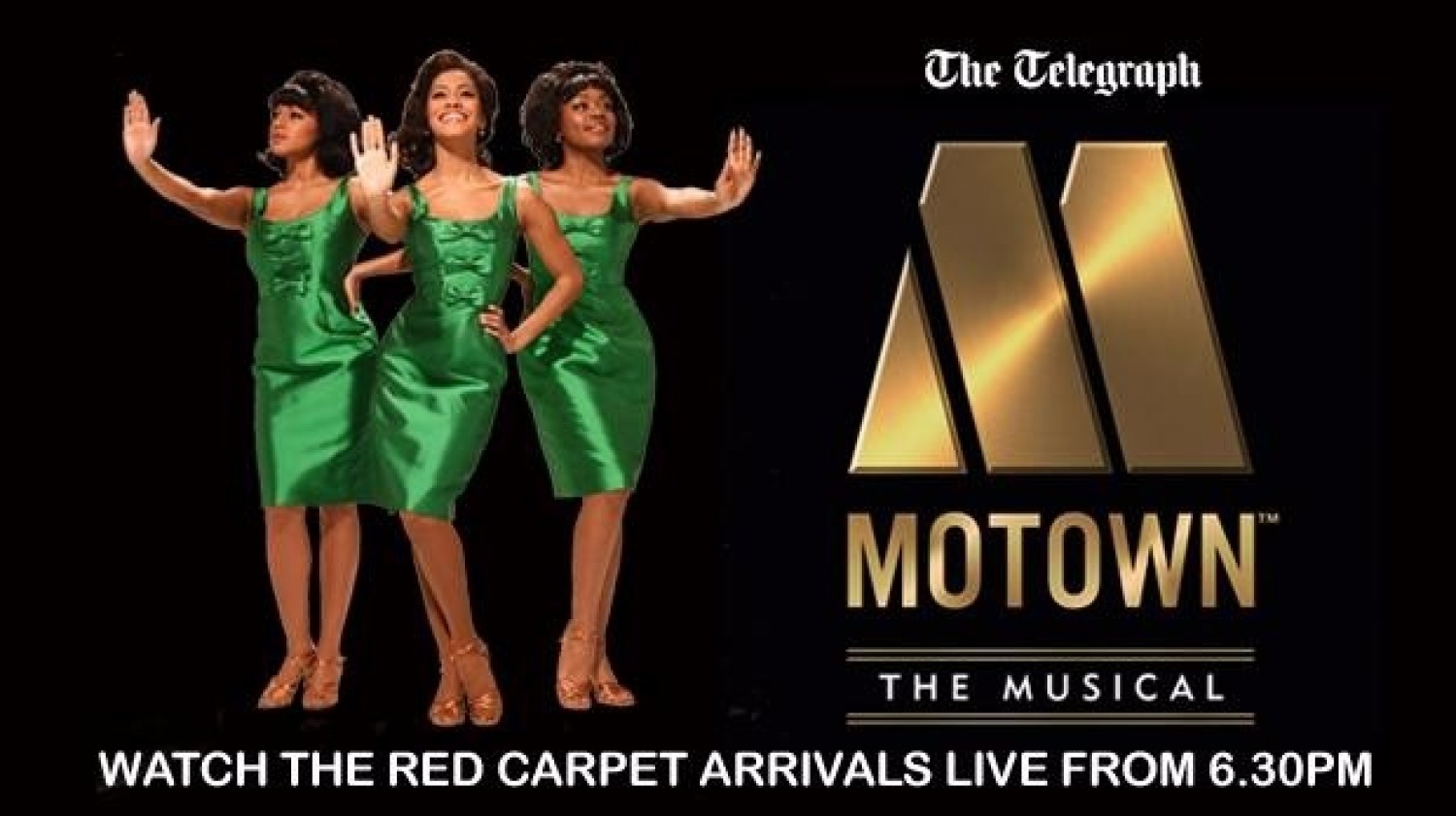 In a West End first, the producers of Motown teamed up with the Telegraph to livestream the opening night action at the Shaftesbury Theatre, including red carpet arrivals and interviews with Motown founder Berry Gordy and other special guests. (Hopefully, they’ll also load the on-demand replay soon, in case you missed it – as I did, actually being at the show!) 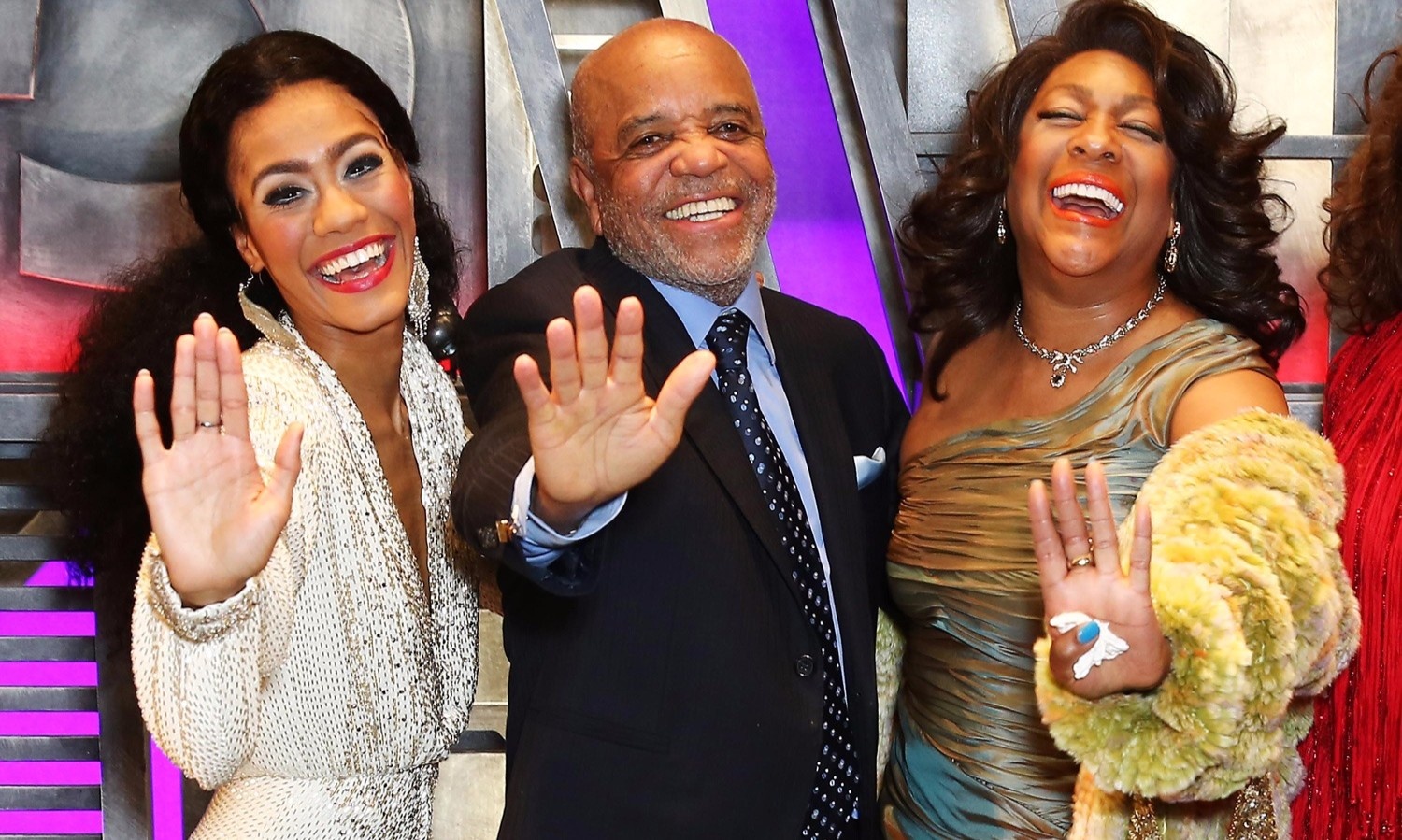 Berry Gordy: ‘I want my musical to unify’
Alistair Foster: Motown founder Berry Gordy and singer Smokey Robinson said they still want their songs to unify people as a musical about the Detroit record label opened in London… Gordy: “We still believe in bringing together and our goal has not changed”… 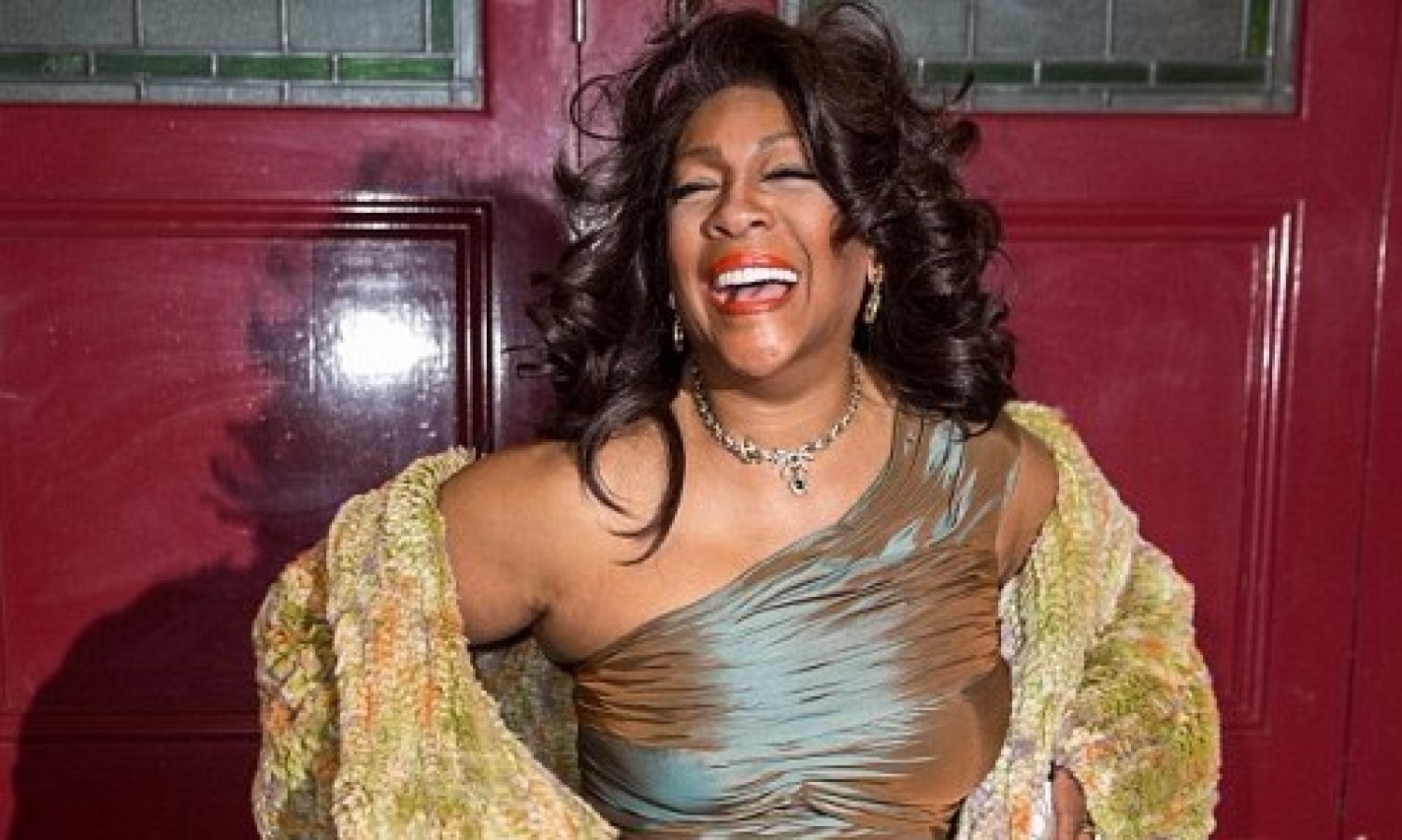 PHOTOS: Mary Wilson, Smokey Robinson and Berry Gordy at premiere
Rebecca Davison: The Supremes star Mary Wilson made sure that all eyes were on her on Tuesday night when she attended the launch night of Motown: The Musical. The 72-year-old legendary performer looked incredible… 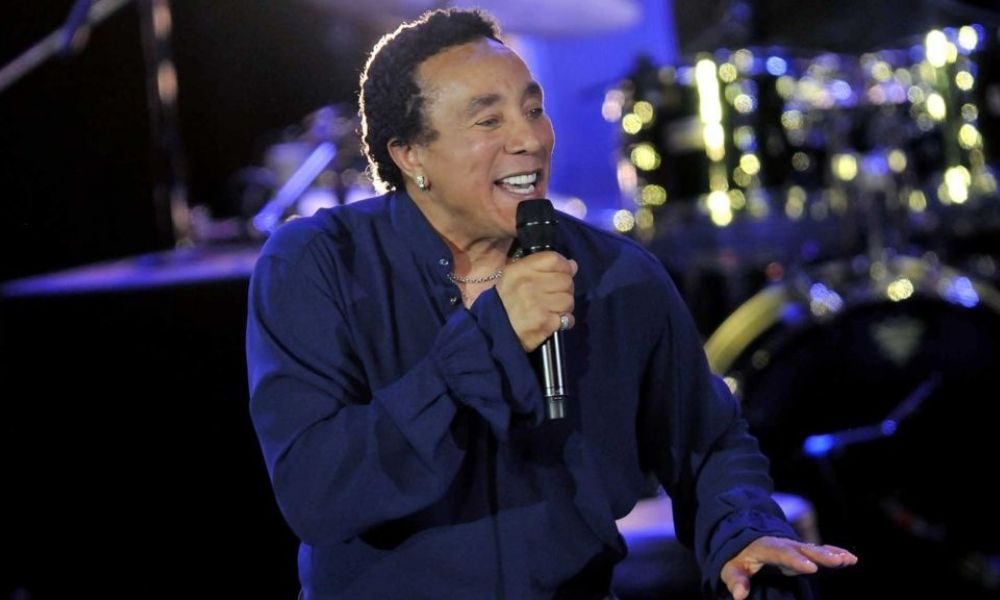 Smokey Robinson wrote Motown hit ‘in 30 minutes’
Tim Masters: Motown legend Smokey Robinson has revealed he wrote his first major hit in just half an hour. Performed by his group The Miracles in 1961, Shop Around was the first Motown record to sell a… 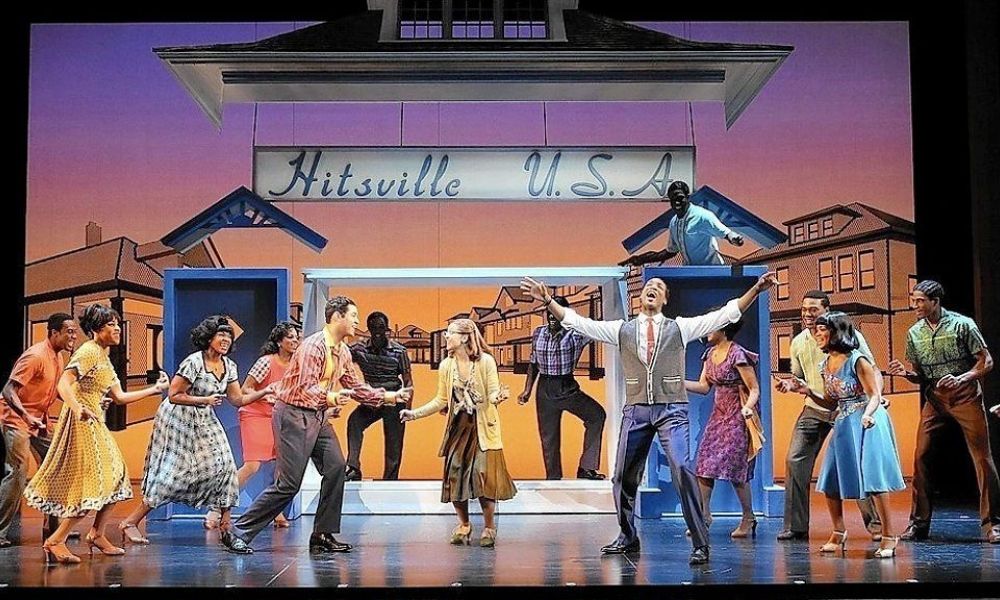 WATCH: Berry Gordy says ‘Motown was a fairytale’
Rebecca Jones: Motown founder Berry Gordy describes his success as “a fairytale”, as a musical based on the label’s biggest hits opens in London. 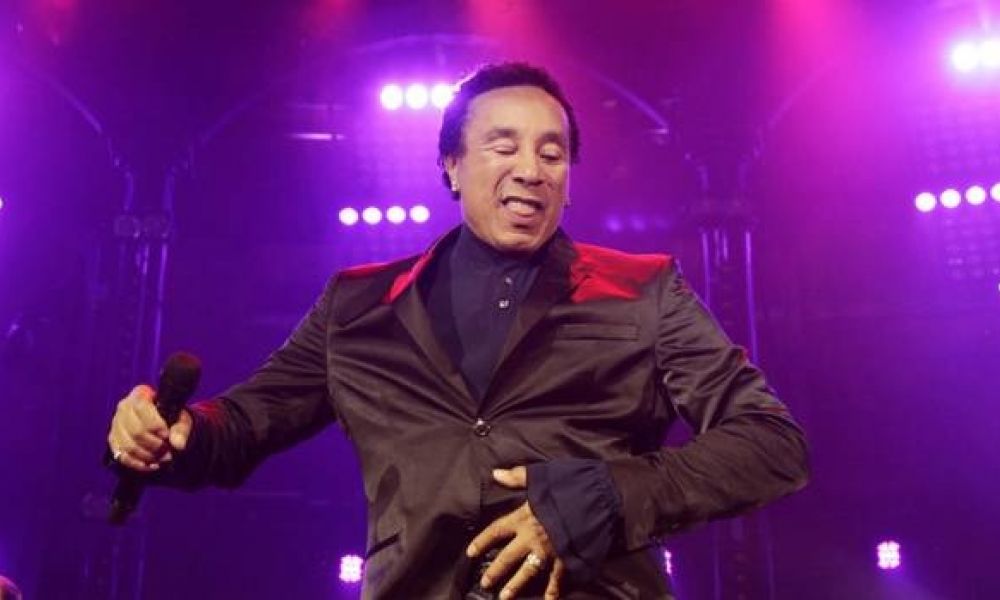 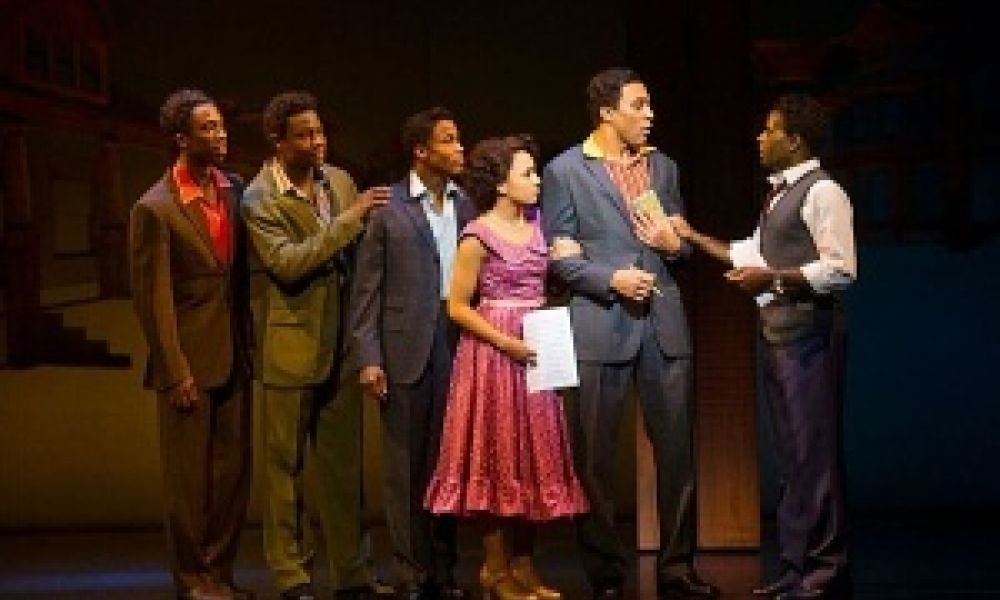