What are the challenges populating Bedford Falls onstage?

What are the challenges populating Bedford Falls onstage? 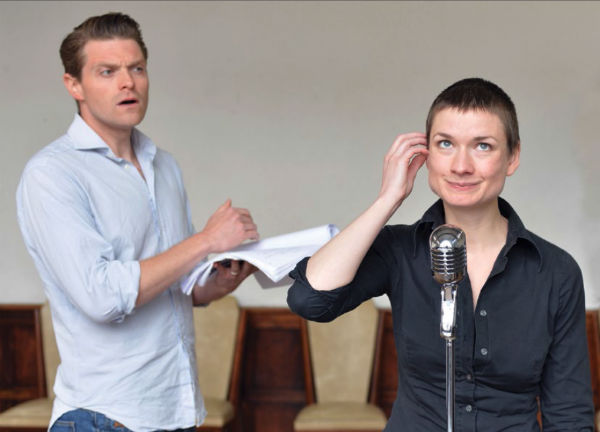 Oliver Stoney and Augustina Seymour star as George and Mary Bailey in the new stage production of It’s a Wonderful Life. © Steve Ullathorne

During my visit to the rehearsal rooms of It’s a Wonderful Life on radio, which launches a new UK tour this week, I also got to chat to three of the incredibly hard-working, six-strong ensemble cast about their experiences creating characters in a community we’re all familiar with.

Your fave It’s a Wonderful Life #quote? I well up every time to: ‘Remember, no man is a failure who has friends’ pic.twitter.com/WFjpZPccUh

“George is an iconic role – though I’m trying to not bear that in mind too much! It’s the performance that defines Jimmy Stewart. Of course, there was Harvey, The Philadelphia Story, Mr Smith Goes to Washington and others, but you don’t think of those without also thinking of It’s a Wonderful Life. That is his part. “In his own mind, George is an adventurer, a wanderer. He’s filled with wanderlust. In reality, he’s a man with responsibilities and honour. He does a lot of dreaming, and when real life becomes too much, he gets down – like a lot of us. His ruts don’t go too deep, though. Levity is never far from the surface, except towards the end of his back-story, when events really conspire against George. He’s generous and responsible… he’s the best of people.”

“Mary is just as ambitious as George, but her ambitions are to do with family: staying in the small town that she grew up in, living in the house that she dreamed about as a child, raising children. She’s very certain about what she wants in life, and very certain about what George wants in life, even though he doesn’t know it yet. From our perspective today, people may judge Mary for not aiming for more than that. But you have to put it in the context of the 1930s and the Great Depression, when public opinion actively discouraged women from having careers because it was seen as taking jobs from men when there weren’t enough jobs around. There was a real belief that ‘a woman’s place in the home’. Mary was just of the time.” 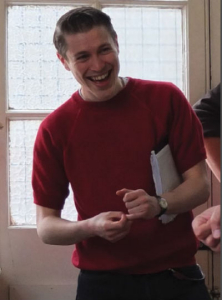 “There’s a bit at the end between Harry Bailey and Ernie where I’m just having a conversation with myself! Obviously, there’s a lot of physicality that comes into multi-roling, but it’s the vocal that’s key. Finding and switching between the different voices within very short bursts of text, and within those small snippets, trying to get to the crux of each character, is a challenge. I’ve been playing with a lot of vocal distinctions. I’ve recorded what I want each character to sound like, and I keep listening to that every now and then to remind myself.

“Of everyone in Bedford Falls, George is my favourite. One of the best things about him is that he’s not perfect. He can be arrogant and selfish, but you still adore him. He’s wonderfully flawed. All the characters are wonderful, though. Sam and Harry both have this joy of life. Nick and Martini are lovely too. They all represent different aspects of the population – even Charlie, the miserable Building & Loan shareholder. In that bank run scene, you really see this community come together and how they all fit. It’s hard to pick out only a few favourites because they’re all important in painting the scene, and showing what the world and the story is all about.”

It’s a Wonderful Life opens at Malvern Festival Theatre on 9 June 2015 and also visits Guildford, Oxford and Richmond this month. The tour resumes from 7 October to 6 December 2015, hitting 33 venues across the country – including one in Bedford (not quite Bedford Falls, but almost).