Please do Stop the War in the Labour Party

Home-Please do Stop the War in the Labour Party

Please do Stop the War in the Labour Party 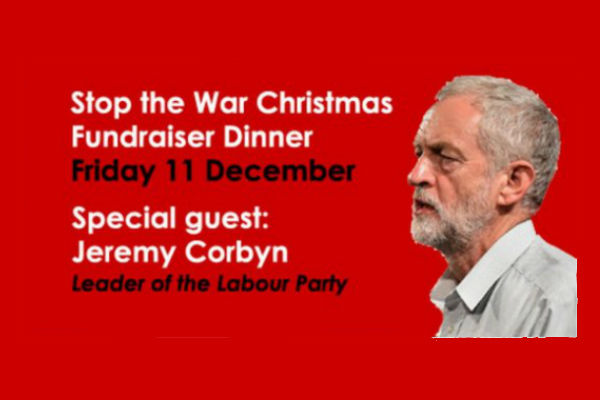 I have tried as much as possible to ignore the press around Jeremy Corbyn’s attendance of the Stop the War organisation’s Christmas do this week. Frankly, I just didn’t want to get myself wound up so close to the holidays over some (in my opinion, ill-judged) engagement in Corbyn’s social diary.

Labour Party leader endorses “disreputable” organisation that coordinates bullying of MPs and tacitly blames Parisians for being attacked by terrorists? Well, to borrow their oft-used hashtag, #NotInMyName, thanks. Enough said.

But then I saw BBC Newsnight’s piece from the event tonight. In this, Stop the War founding member Tariq Ali declared that:

This interview took place outside the “Turkish restaurant in south London” where the (reportedly, £50 a head) Stop the War party was taking place. And it was a restaurant that I recognised well – Ev in Isabella Street is just down the road from my flat and, coincidentally, was where my own Constituency Labour Party (Bermondsey and Old Southwark) held our Christmas party less than two weeks ago.

At a different Christmas party

Our event, at £30 a head, was also a fundraiser, helping to raise money for our local Labour Party members to print leaflets and campaign for our London Assembly candidate Florence Eshalomi and Labour mayoral candidate Sadiq Khan.

The long-planned event was scheduled for Tuesday 1 December – which happened to become the night before the day-long House of Commons debate and vote on Syria. At that point, our MP Neil Coyle, had yet to decide how he was voting.

In the days running up to the Christmas party – and following concerted online campaigns run by JeremyCorbyn4PM, Momentum and Stop the War urging protestors to bombard their MPs – here are some of the messages I received via the Bermondsey and Old Southwark Twitter account (which I manage as the CLP’s social media officer, a voluntary position and through which I never circulate anything but official CLP and party tweets). Some others have since been deleted… 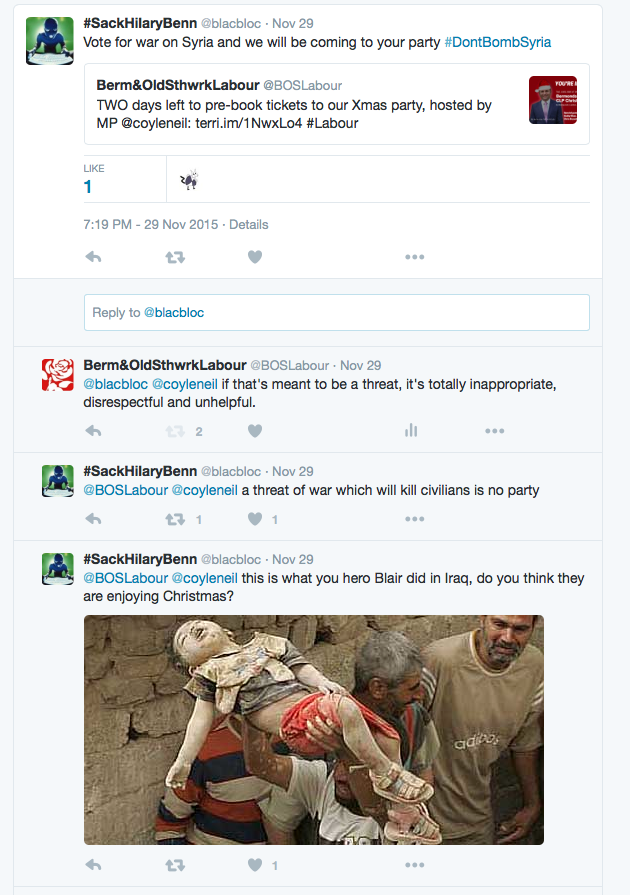 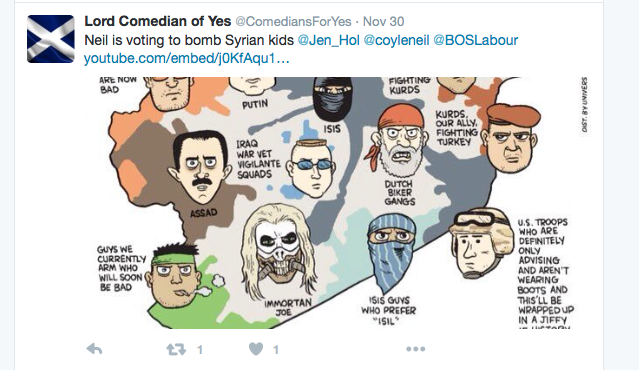 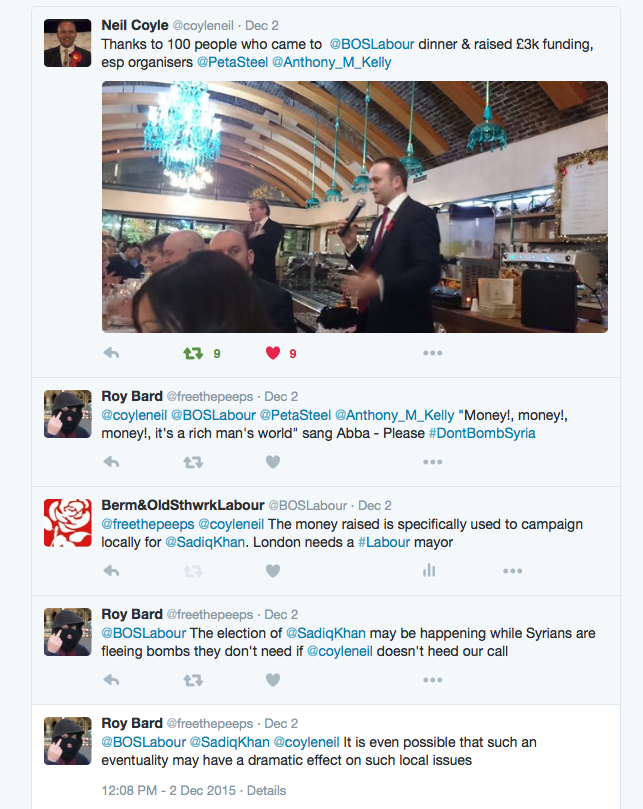 Neil Coyle, of course, received many, many more messages via his own Twitter, Facebook and email accounts, and even more after he announced that he would be voting for airstrikes. You may have seen media coverage on some of those messages, which police took very seriously as physical threats as well as threats of deselection. (Neil writes about this himself here.) 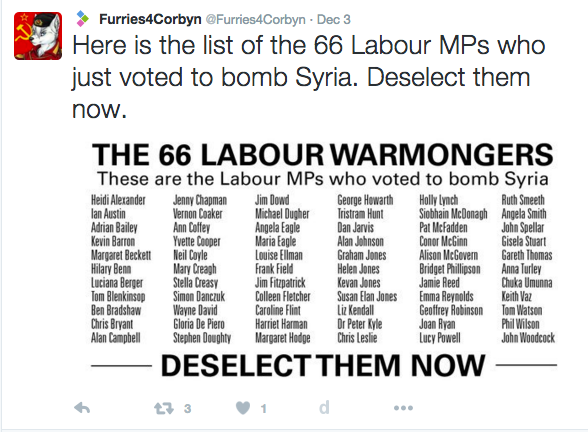 Stop the War’s response to this kind of behaviour (and some of it is much, much worse – just read Stella Creasy’s Twitter timeline for examples of what’s dished out to female MPs who don’t toe the ‘new politics’ party line)?

“Stop the War condemns the whining complaints from those MPs who apparently do not like being lobbied. If an MP is not robust enough to withstand emails and tweets, they should really not be voting for bombing other people – those who wish to be alone with their consciences would do better to consider a life of religious contemplation. Stop the War will continue to hold to democratic account all those MPs who vote for war.”

Wow, I’ve clearly misunderstood the definition of lobbying for many years. I thought it was about seeking to “influence legislators”, rather than bullying and threatening them.

So here’s me, in my own small way, holding Stop the War to account. From what I can see, it is not the “right-wing of the Labour party” waging war against Corbyn or Stop the War – but quite the opposite. And tonight, Corbyn offered himself as the chief draw at an event to raise funds for this organisation that spends a good portion of the money it raises bullying and denigrating elected representatives of his own party. It’s a whirlwind of hypocrisy.