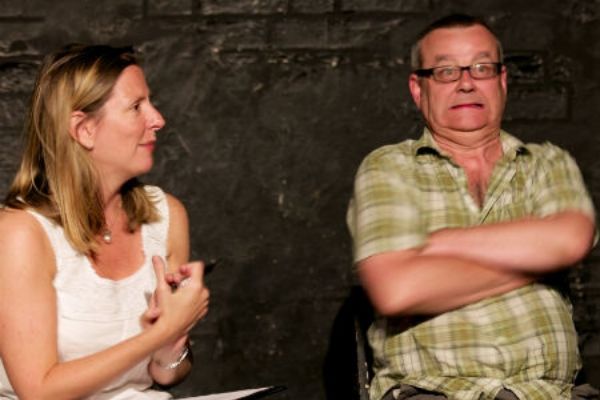 My post-show talk for The Frida Kahlo of Penge West

I had a great time last night (3 July 2014) hosting the post-show Q&A at the hilarious new “two-woman comedy about putting on a one-woman show”, The Frida Kahlo of Penge West. I was joined by writer/director Chris Larner and the show’s two stars, Cecily Nash and Laura Kirman.

Amongst the topics discussed were: comedy quick-changes, funny-sounding place names (“Penge sounds like minge crossed with pension”), Frida Kahlo vs Sylvia Plath, that day’s four-star review in Time Out (much back-slapping), the lack of good parts for women in theatre, the show’s family connection (Chris and Cecily are father and daughter) and the occasional rehearsal embarrassments as a result (at one point Cecily’s character has sex with a bookcase!).

The Frida Kahlo of Penge West continues at the Rosemary Branch Theatre until 13 July 2014.