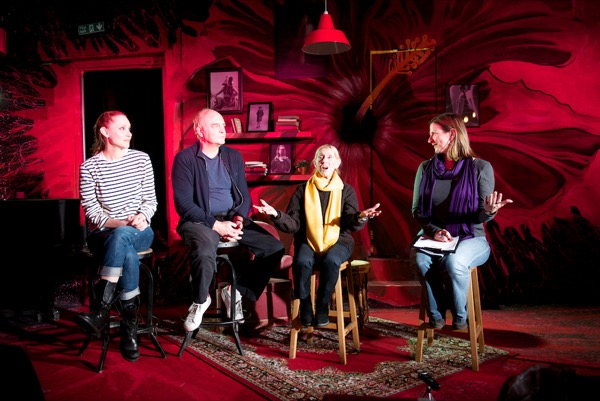 You may not have heard of octogenarian Sondra Lee, but you should have. This petite lady is a legend – and I had the privilege of chairing a Q&A with her along with Peter Tate and Lauren Fox, who star in Sondra’s world premiere production of Norris Church Mailer’s Go See last night at the King’s Head Theatre.

Norris Church Mailer was the widow of the late American literary giant Norman Mailer. Sondra was friends with them both, and helped Norris develop Go See, her only full-length play, at New York’s renowned Actors Studio, where Sondra is a lifelong member and renowned acting coach.

“I slept with everybody I wanted to!”

Norris passed away in 2010, but before she died, Sondra promised her that she would get Go See onstage. With the help of Peter Tate, a London-based actor and founder of the Playground Studio, who had previously worked with Sondra at the Actors Studio, Sondra has been able to fulfil her promise with this production at the King’s Head. Go See co-stars New York actress (and veteran of Sondra’s Hillybilly Women) Lauren Fox and is co-produced by Kat Portman.

Some other quick titbits you should know about Sondra:

In 2009, Sondra wrote about her career and exploits in her memoir I’ve Slept with Everybody (not Everyone, as she made sure to correct me last night). She explained that the title was inspired by the American phrase about getting “into bed” with someone, in the sense of collaborating with them. So did she or didn’t she actually “sleep with everybody”, I teasingly asked? “I slept with everybody I wanted to!”, Sondra hooted.

And, after a highly entertaining Q&A – with topics including attitudes towards sex during the height of the Aids scare in 1980s New York (when Go See is set), nudity onstage, vaginal waxing, Georgia O’Keefe and designer Klara Zielglerova’s blossoming full-theatre set design, urban loneliness and life with Mailers – I rushed home to buy a copy of I’ve Slept with Everybody!

Go See continues at the King’s Head Theatre until 29 November 2014. 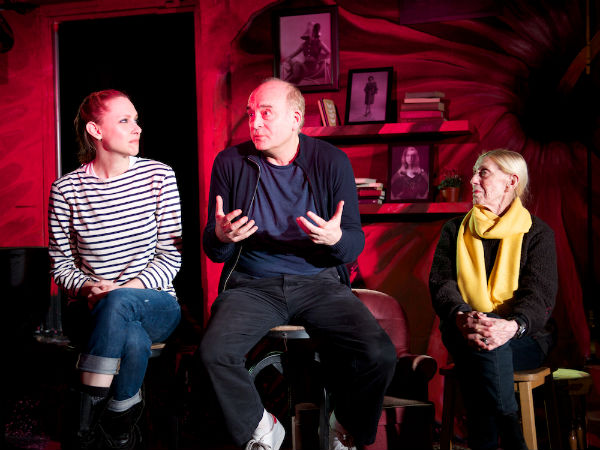 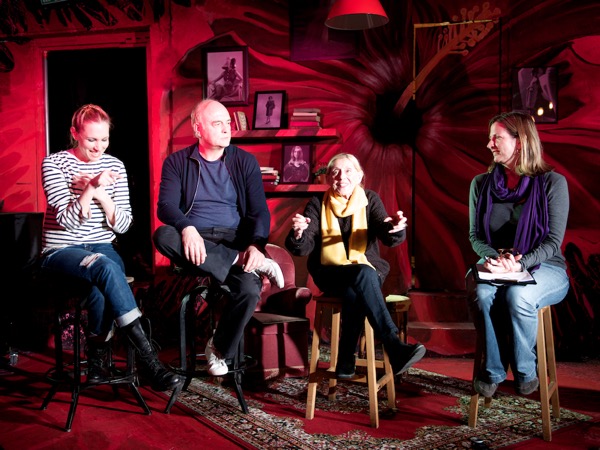 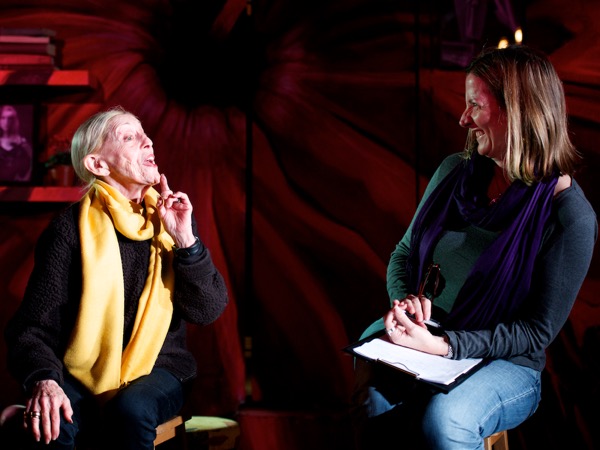