Press launch: With the original Lord of the Dance Michael Flatley

Home-Press launch: With the original Lord of the Dance Michael Flatley

Press launch: With the original Lord of the Dance Michael Flatley 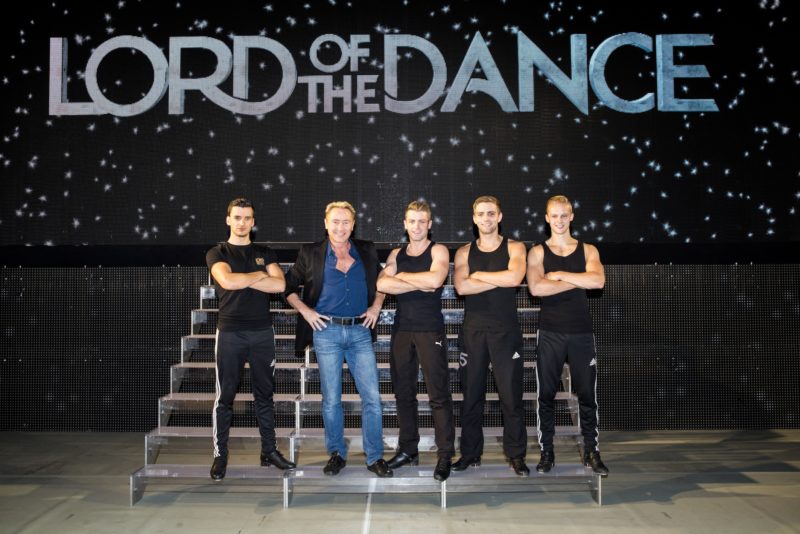 Michael Flatley at Lord of the Dance press launch

I’m excited to attend the gala opening tonight of Michael Flatley’s revamped Lord of the Dance: Dangerous Games. I got a sneak peek recently when a few extracts were performed at a preview event at the London Palladium.

In addition to the pounding Irish dancing – performed by a 40-strong company of world champions – and evocative music, there are some truly mind-blowing holographic projections (care of a new screen design technology called Holo-Gauze).

At the event, I was asked to chair a Q&A with Michael, guest singer Nadine Coyle (of Girls Aloud fame) and the principal dancers in front of the audience of journalists and industry guests.

Michael, who has choreographed and directed Lord of the Dance, appears in the show, but says these will be his last-ever West End performances. At 55, he says it’s time to hang up his dancing shoes.

In the Q&A, he discusses that, the new talent he’s discovered, his part in popularising dance on television, the many records he and his company have broken (“mostly drinking records”), what it means to perform at the London Palladium (“a perfect fit for the show”), why he turns down 90% of press interviews and much more.

Below is the full podcast – please do have a listen, though apologies for the sound quality on this one – and have a scroll through the official launch photos. For details of this and other events I’m involved in, more coming soon, visit my Calendar page.

Lord of the Dance: Dangerous Games opens tonight (3 September, previews from 1 September) at the West End’s London Palladium, where it continues until 25 October 2014. It then embarks on a 200+ dates international tour to 15 countries over 18 months, including a special performance on 30 October at The SSE Arena, formerly Wembley Arena, where it holds the record for the highest number of tickets ever sold for an event there. 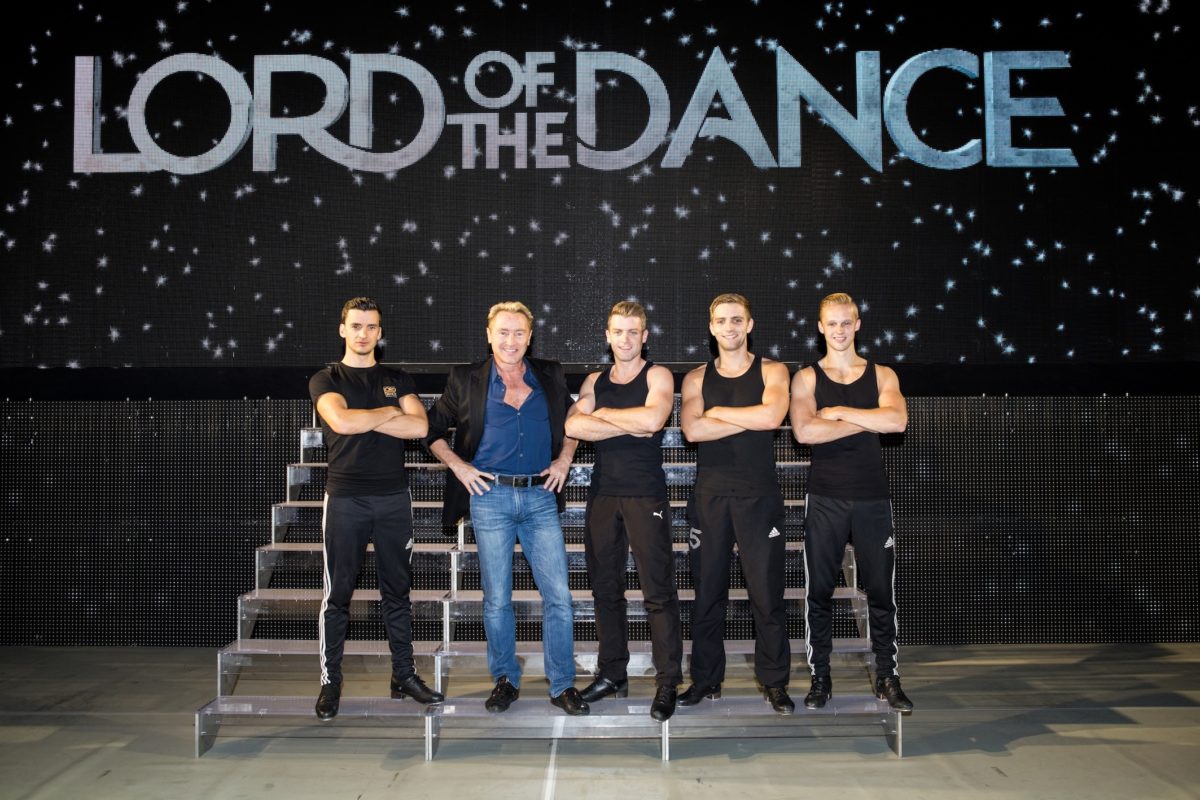 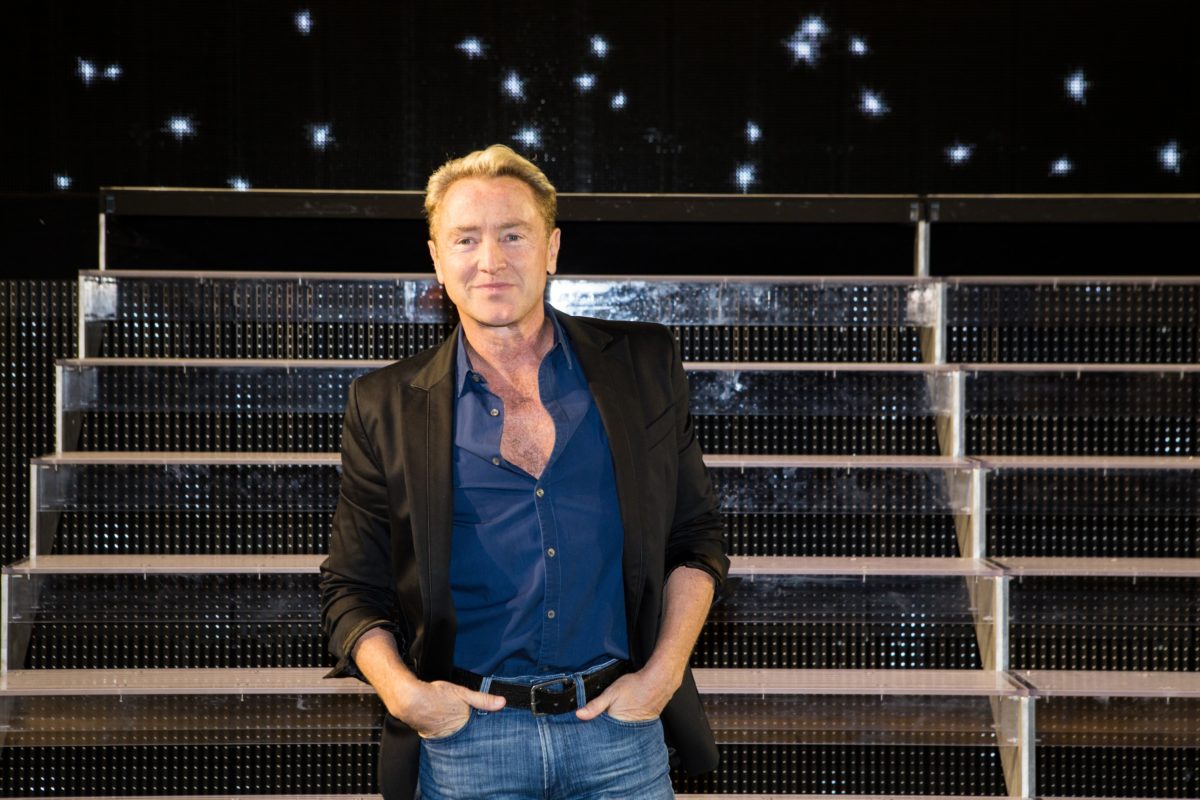 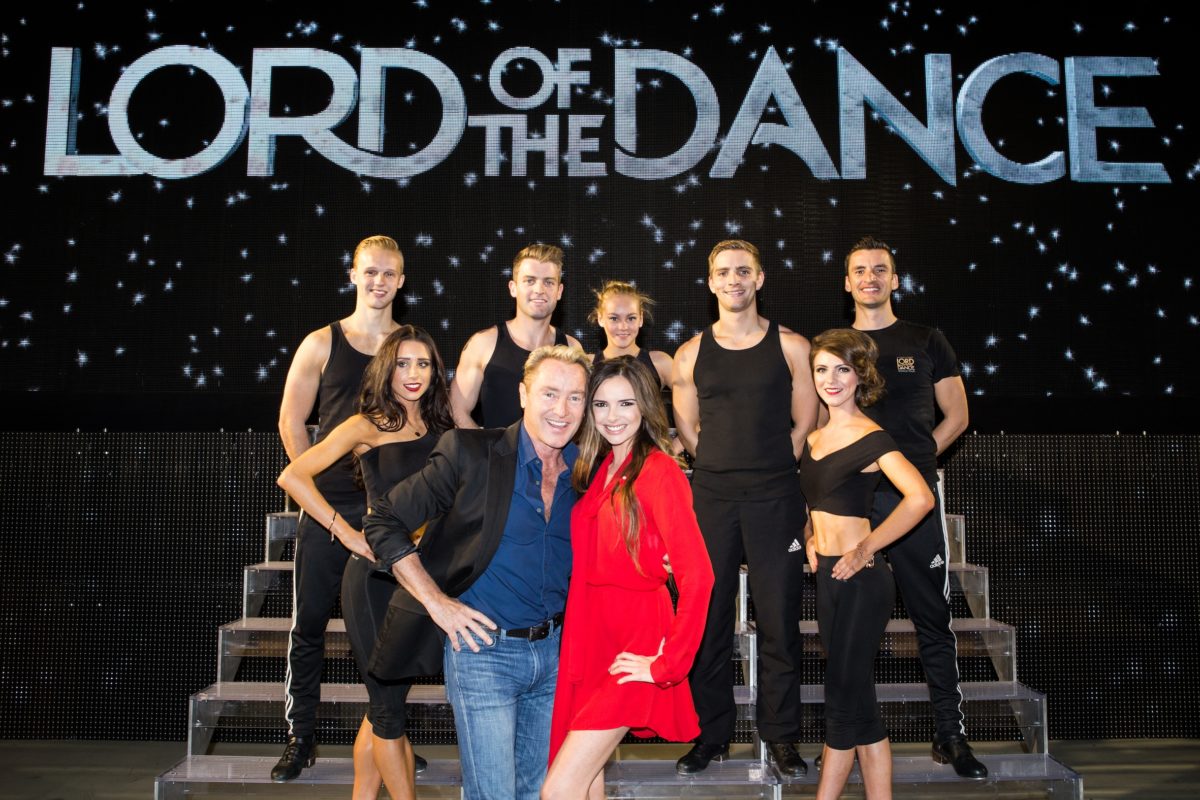