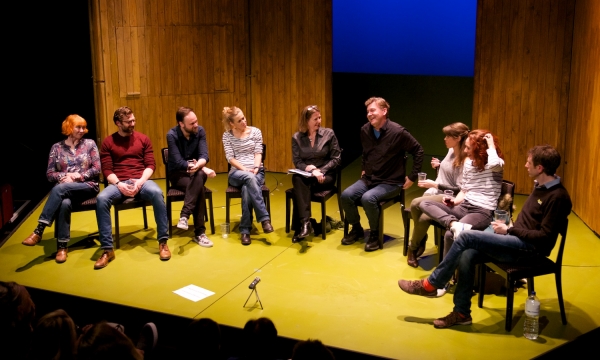 My post-show talk for Sideways

Did you know that Sideways was an unpublished novel – rejected, like the efforts of the character Miles in the story, some 66 times – when the film rights were first picked up? In fact, the novel and film, about middle-aged buddies Miles and Jack on a pre-nuptials road trip through California wine country, were released the same year – 2004. The film went on to win numerous awards, including an Oscar, and transform the wine industry (creating a craze for Pinot Noir and a slump for the derided Merlot).

“That pinot is pornographically good”

American author Rex Pickett, who has also adapted his original novel for the stage and has been closely involved in this revised version for its European premiere, talked us through the long journey of his semi-autobiographical story’s from page to screen and stage and the trials and tribulations of being a writer in Los Angeles (which he’s long since left, though he still lives in California) at last night’s post-show Q&A, which was nearly as riotous as the no-holds-barred comedy performance that preceded it.

We were also joined by the entire cast – led by Daniel Weyman and Simon Harrison as Miles and Jack (played by Paul Giamatti and Thomas Haden Church in Alexander Payne’s film) and Ellie Piercy and Beth Cordingly as Maya and Terra, their wine country conquests – for the Q&A.

What are the ingredients of convincing looking stage wine? How do you cope with a full bladder onstage?When’s the date for “Shitfaced Sideways” (when they perform with REAL wine)? What’s it like having the writer (and, effectively, the character) in the rehearsal room? How much fun was “researching” being a wine connoisseur? How do the strong female characters subvert the misogyny in the play? How do the cast deal with a very vocal audience (as we had last night – ladies shouting at the women onstage to hit the libidinous Jack harder!)? Do Miles and Jack’s lives improve in Rex’s second and third novels in the trilogy? 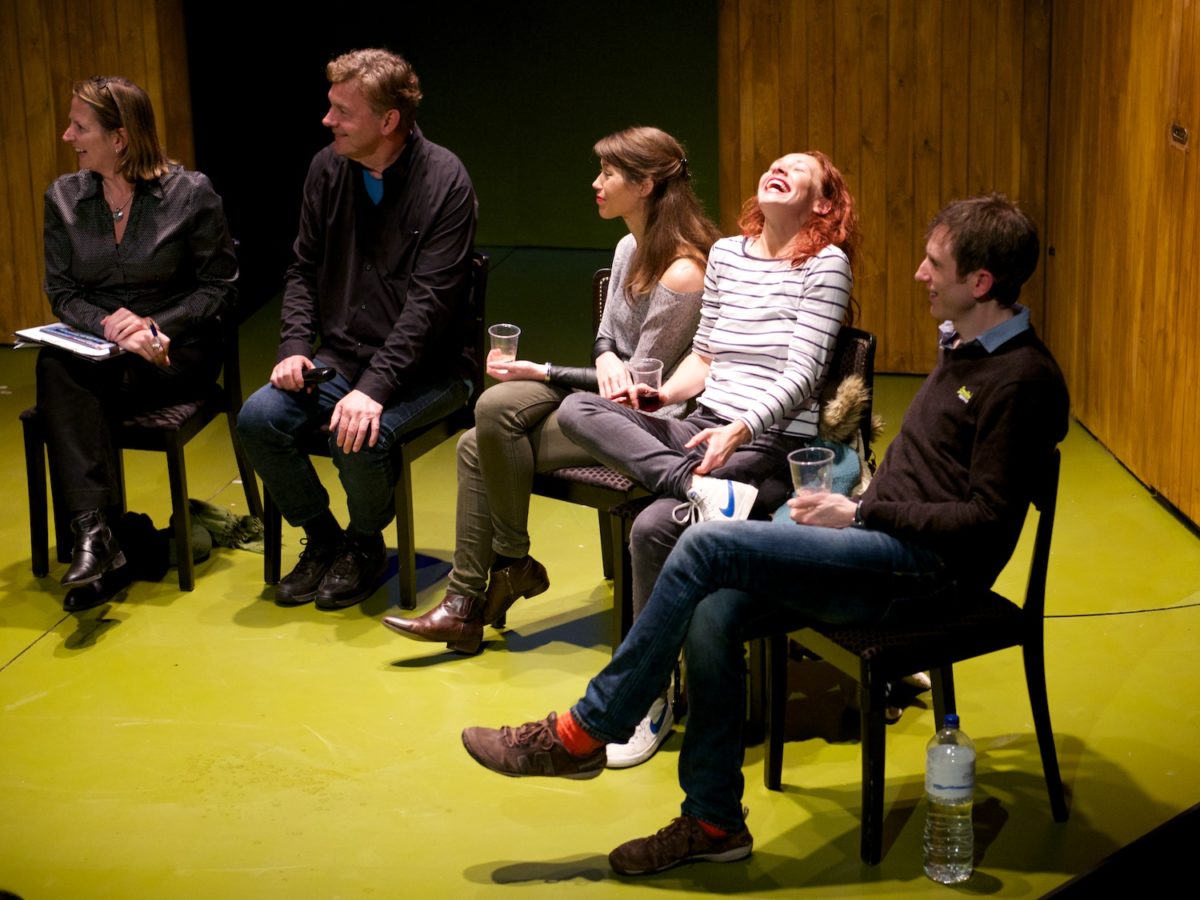 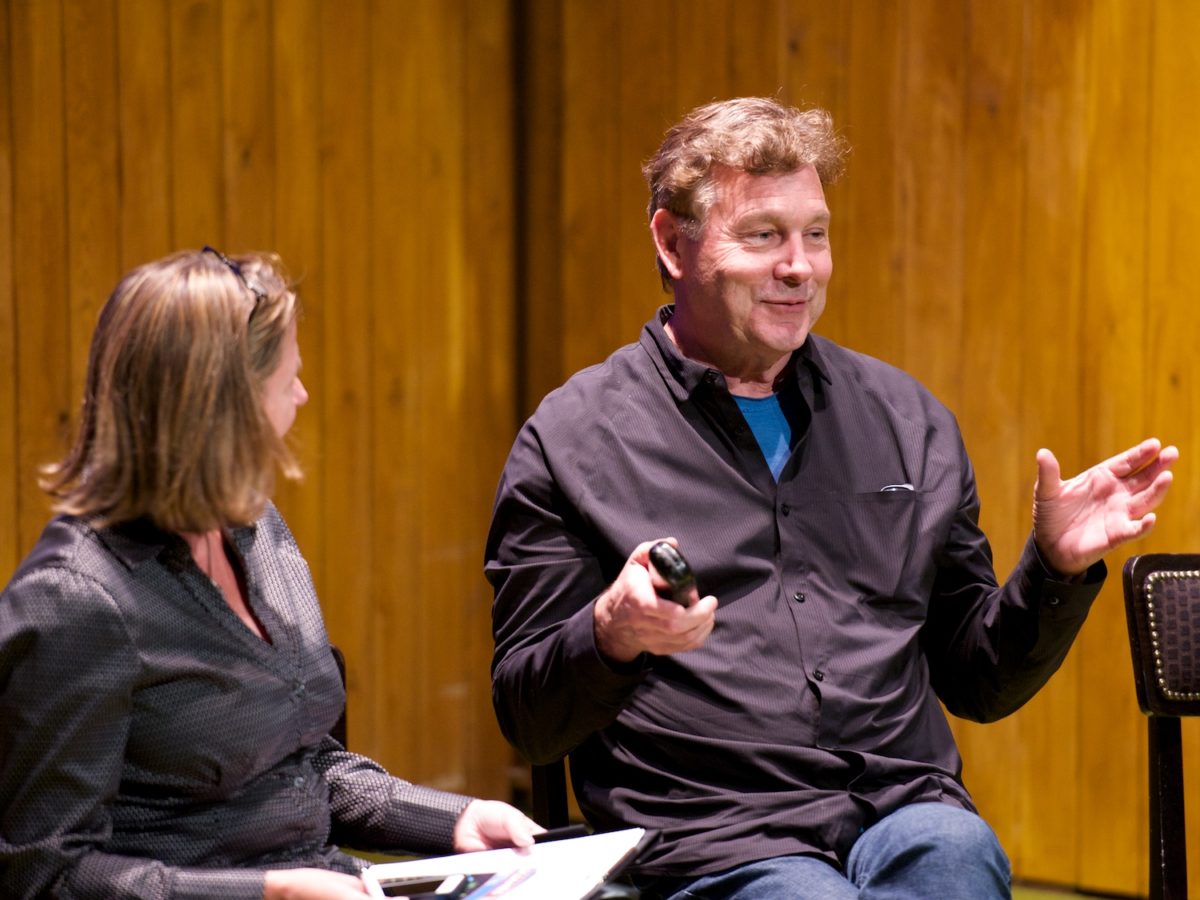 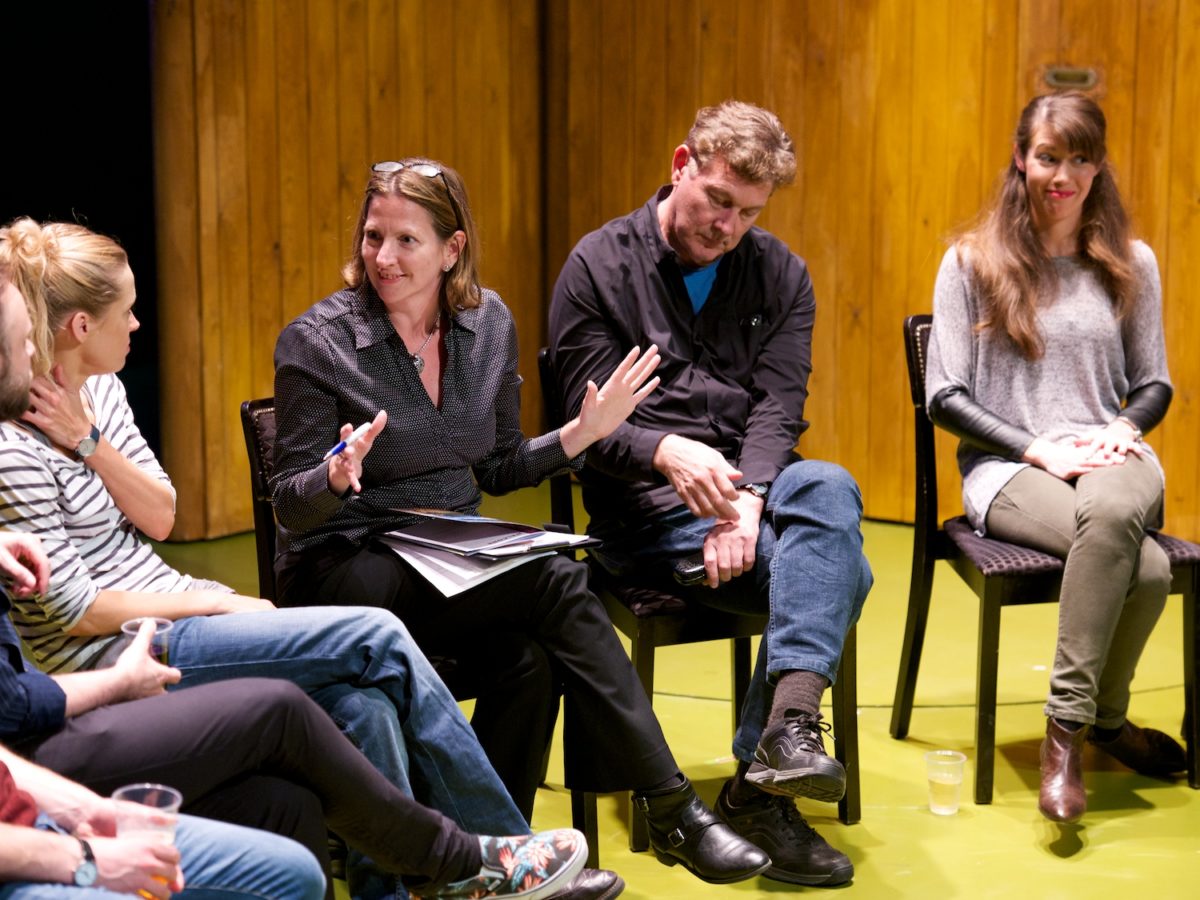 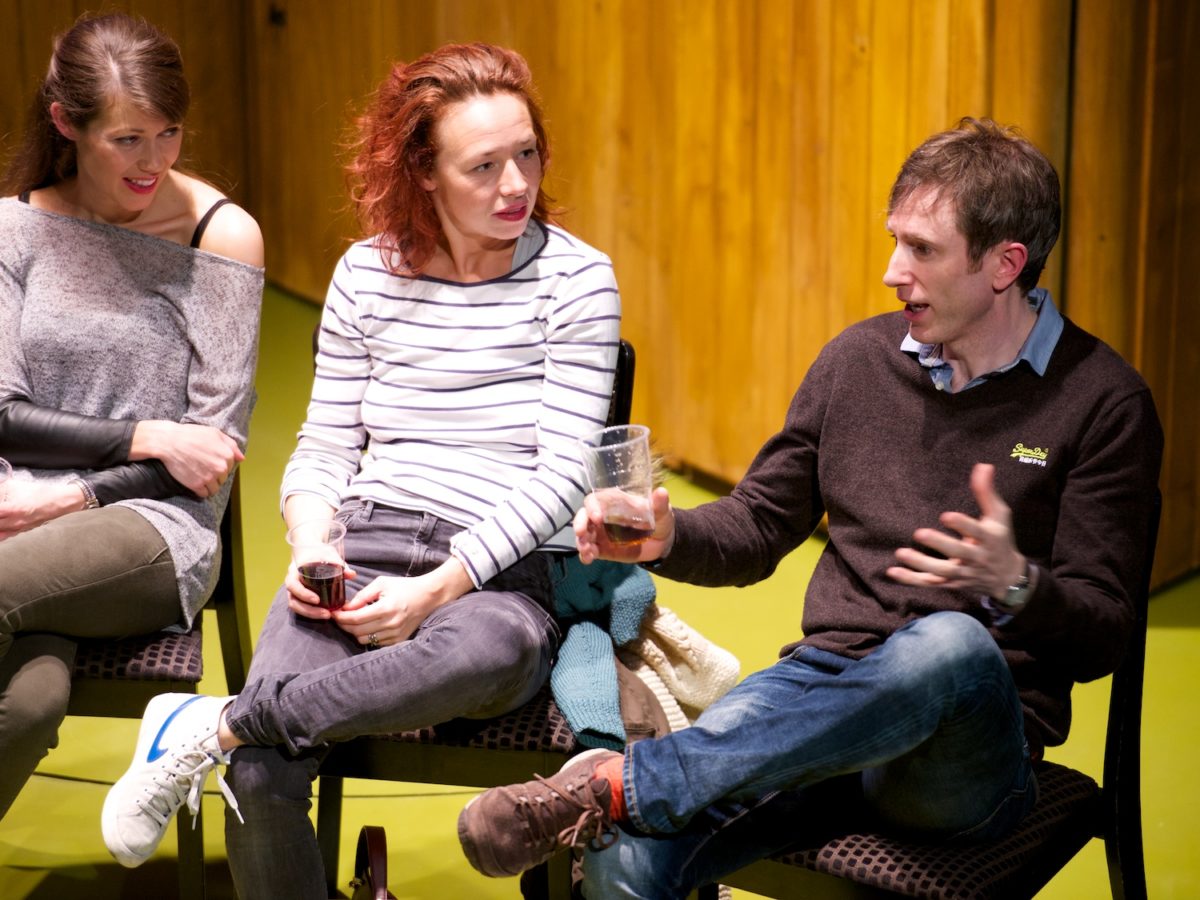 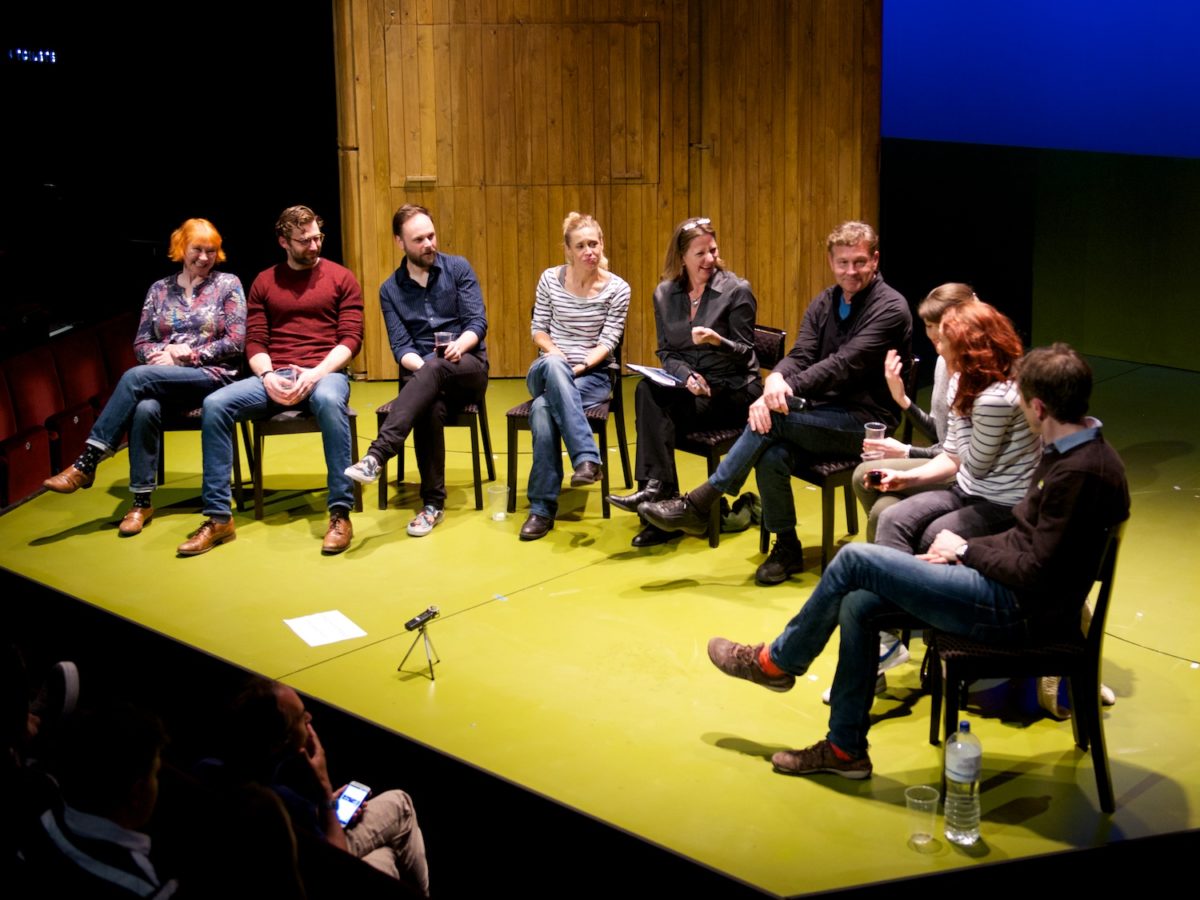 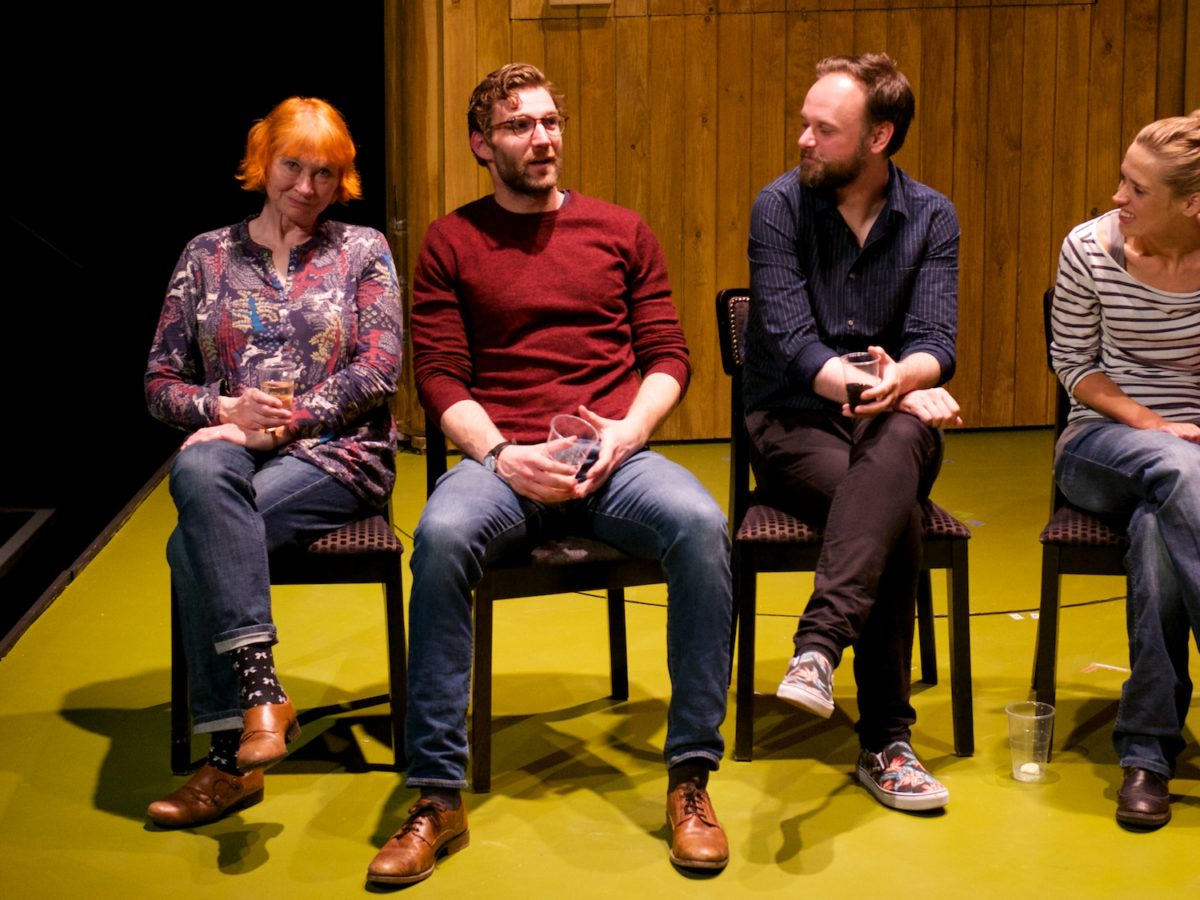 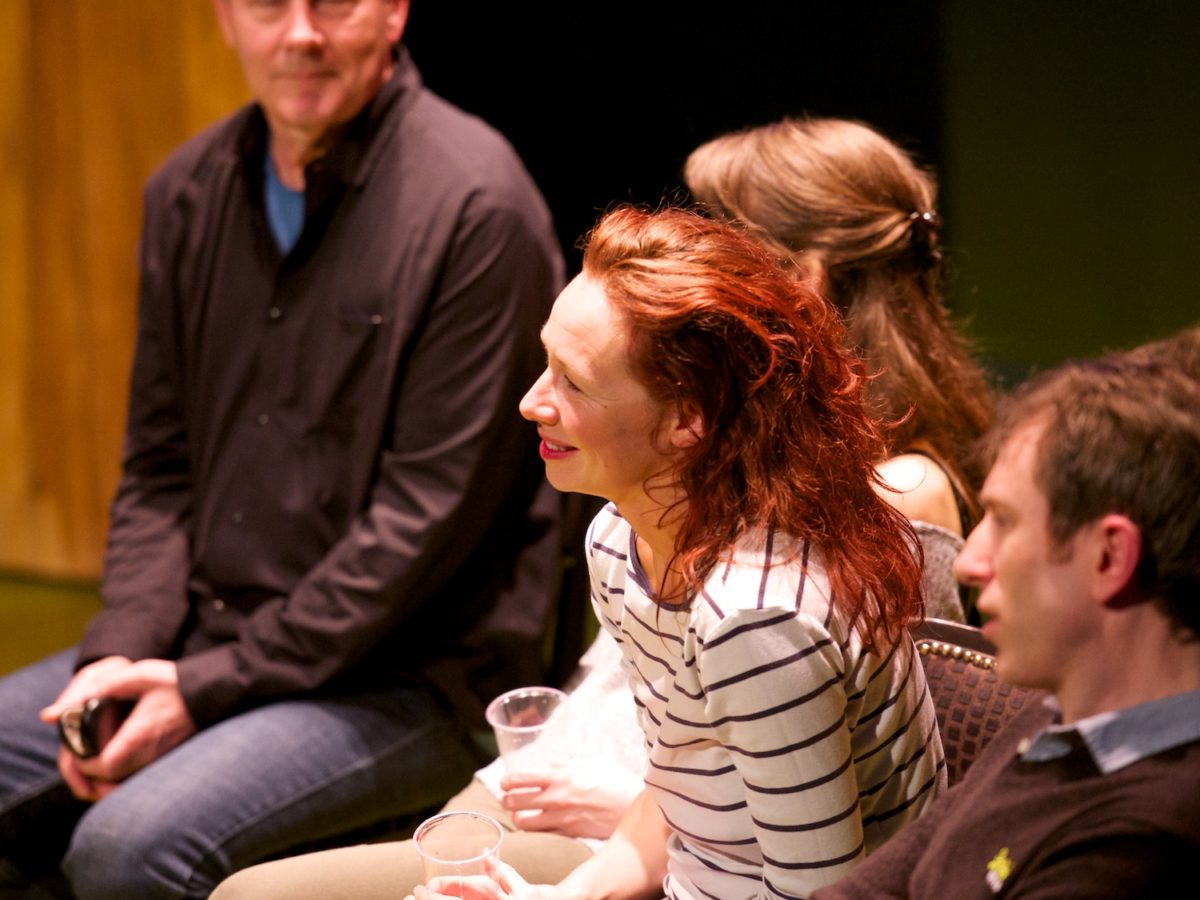 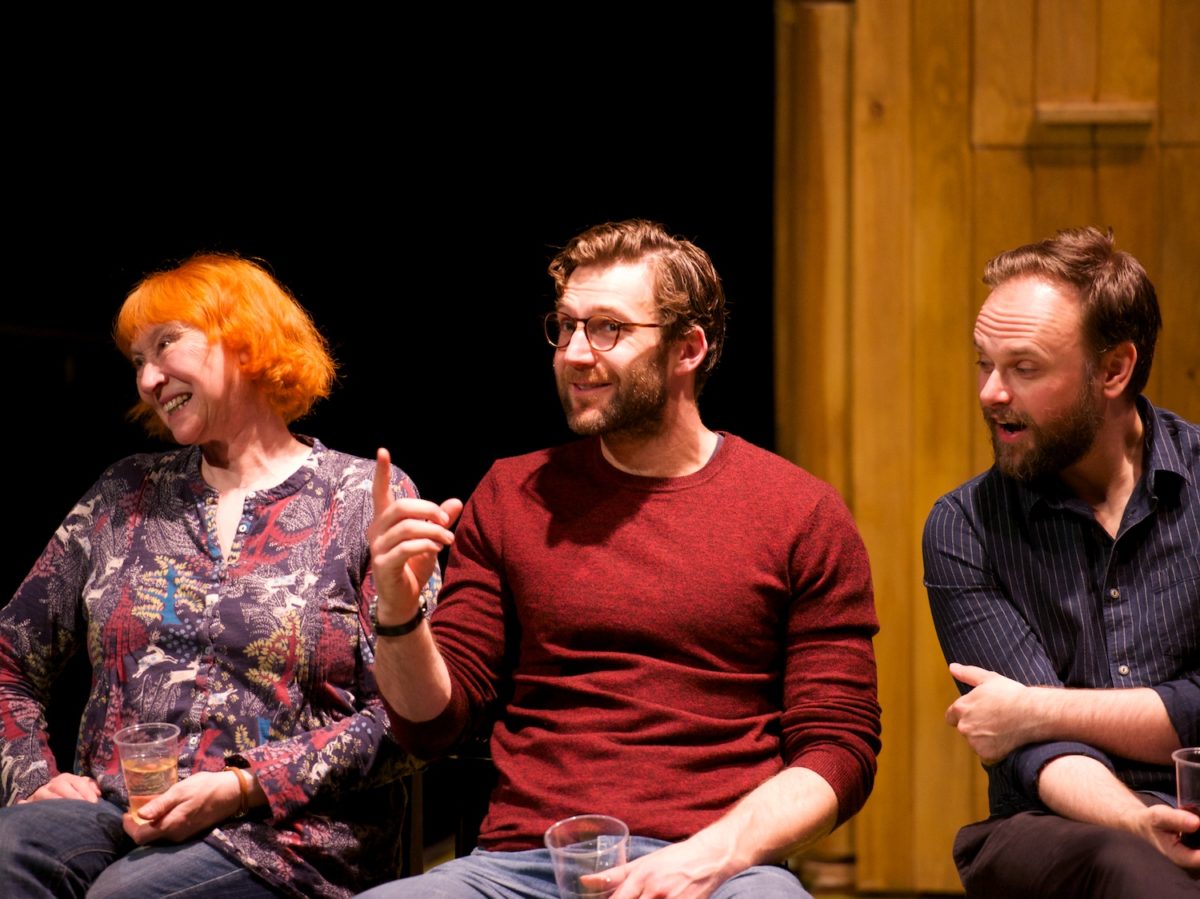 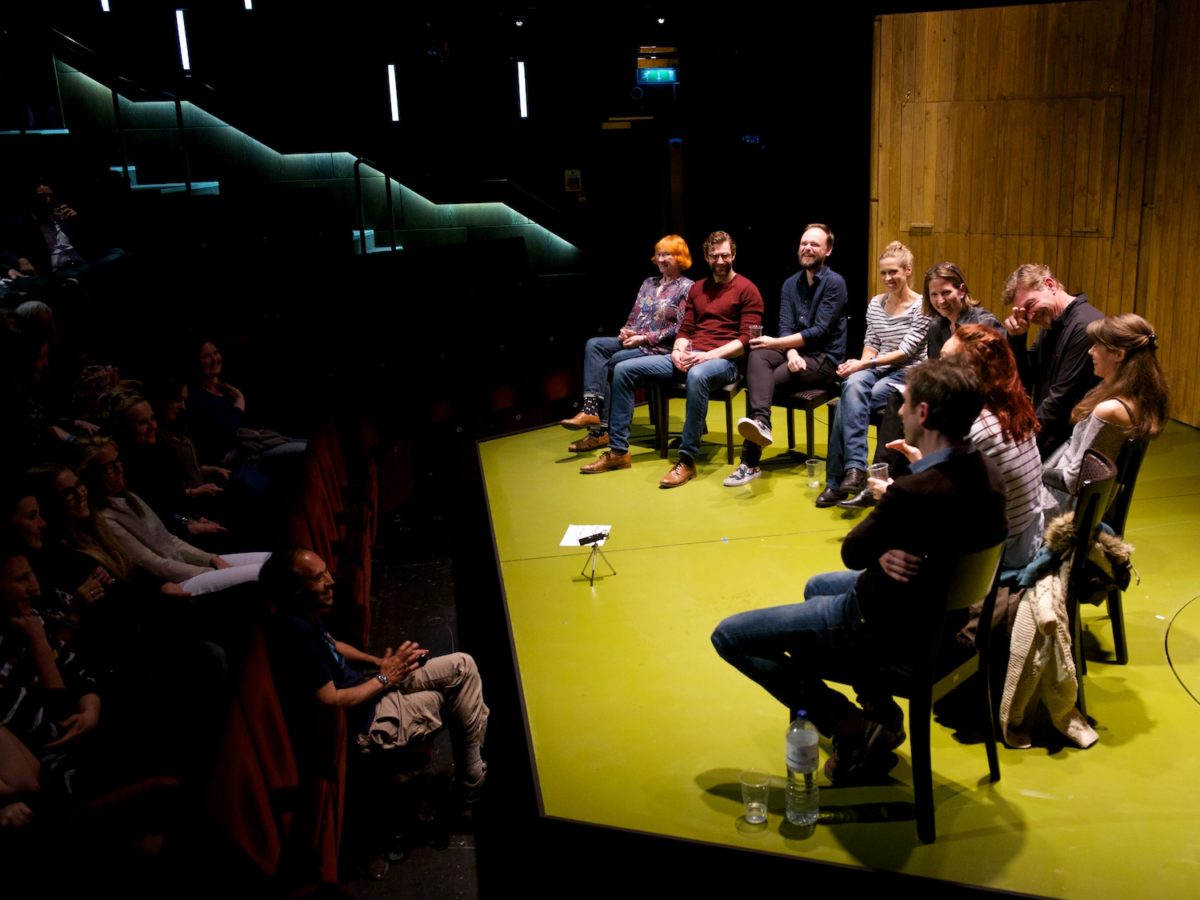