Photos and podcast: The politics of theatre at The Caucasian Chalk Circle Q&A

Home-Photos and podcast: The politics of theatre at The Caucasian Chalk Circle Q&A

Photos and podcast: The politics of theatre at The Caucasian Chalk Circle Q&A 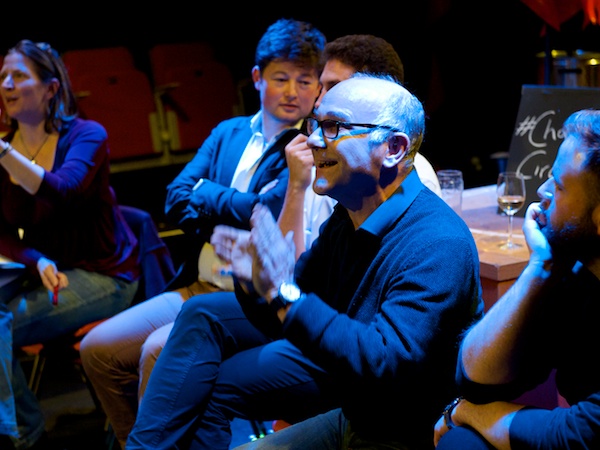 What’s the difference between political theatre and theatre about politics? Can theatre be a catalyst for real change? Do right-wing political perspectives get a fair hearing onstage or is theatre the preserve of the left-wing? And how much does modern political theatre owe to Bertolt Brecht?

These were just some of the questions that arose in a lively – and, let’s be honest, occasionally heated – debate on the “politics of theatre” that I had the pleasure of chairing for Lazarus Theatre after Friday evening’s performance of Brecht’s 1943 classic The Caucasian Chalk Circle at the Jack Studio in Brockley, south London.

In Brecht’s play-within-a-play parable, a young refugee girl must make the biggest decision of her life: take the child and run or leave him behind in the fury of civil war.

The panel comprised: Lazarus artistic director Ricky Dukes, who directed The Caucasian Chalk Circle; Stephen Unwin, author of A Guide to the Plays of Bertolt Brecht and a prolific director, founder of English Touring Theatre and former artistic director of the Rose Theatre, Kingston; and political journalists and broadcasters Bobby Friedman and Rupert Myers, who make their theatrical writing debuts in April with the sell-out musical satire, Corbyn The Musical, at Waterloo East. 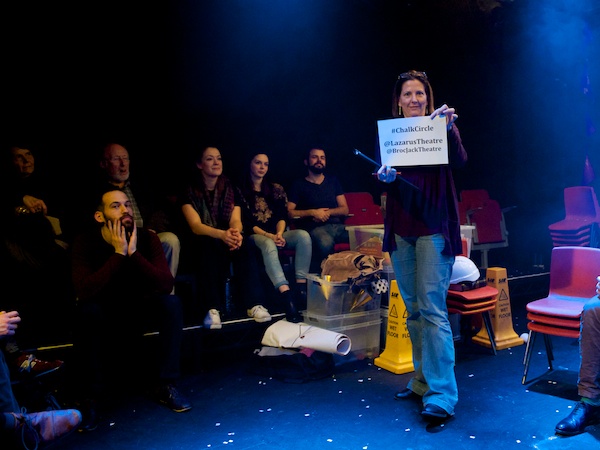 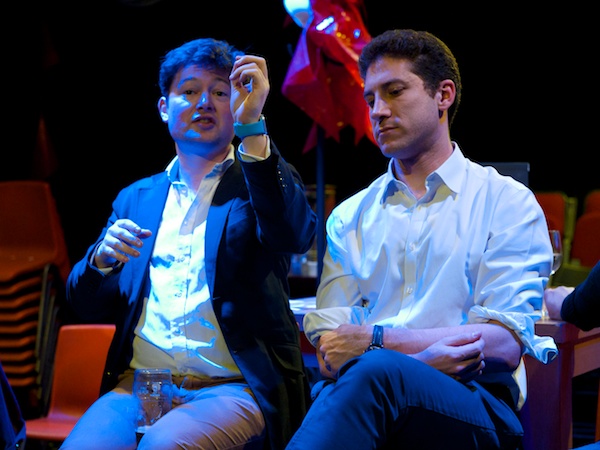 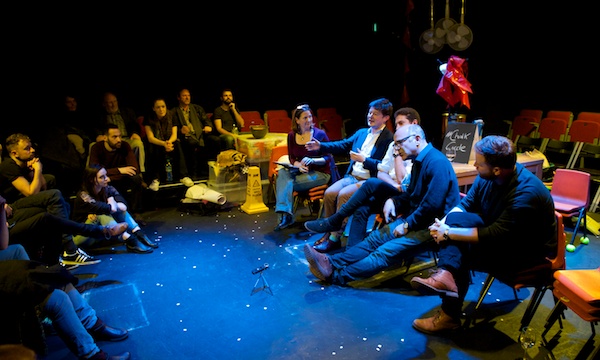