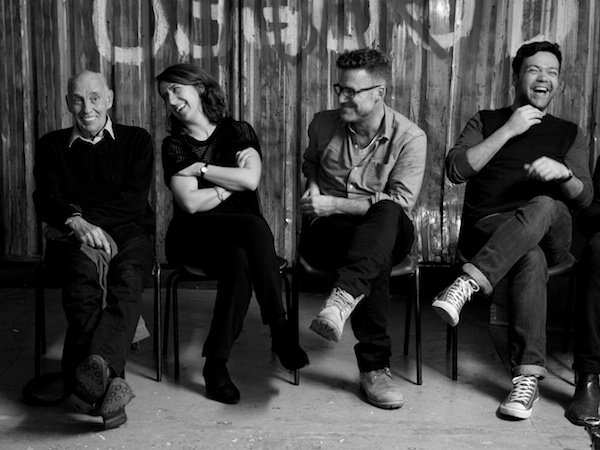 My post-show talk for Barbarians

Regular readers of this blog will know that, a few weeks ago, I was blown away by Tooting Arts Club’s revival of Barbarians, Barrie Keeffe‘s 1977 modern classic about disaffected London youth. So much so that I practically begged the producer Rachel Edwards to let me come back and chair a post-show discussion on the play (in fact, a trilogy of three short plays in one evening), this extraordinary site-specific promenade production at the former Central Saint Martin’s School of Art building in Charing Cross Road and the frightening timeliness of its arrival (opening as austerity protestors took once again to the streets in Manchester outside the Conservative Party Conference).

Rachel not only obliged, she roped into the discussion the legend that is Barrie Keeffe himself, her inspired director Bill Buckhurst and designer Simon Kenny (who recently transformed a pie shop into a stage for her Sweeney Todd in Tooting and then the West End, to huge acclaim) and her three brave Barbarians: Thomas Coombes, Jake Davies and Josh Williams.

Myself and others in the audience were still shaking and wiping tears from our eyes after witnessing, in such close quarters, Barbarians‘ brutal dying moments, as we regathered in the second stopping-off point on the evening’s journey to discuss the experience. After the onstage tragedies, and while still tackling the serious issues they raise, it was a relief that, at the Q&A, there was so much warmth and much laughter. Topics touched on included:

Barbarians must finish its limited season at the Central Saint Martin’s School of Art building on 7 November 2015. Book tickets via Soho Theatre. 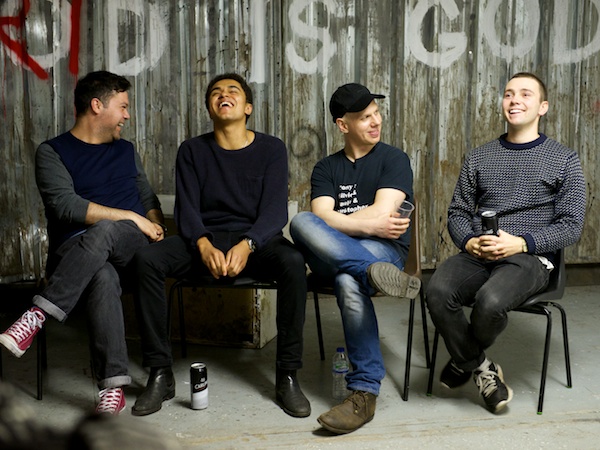 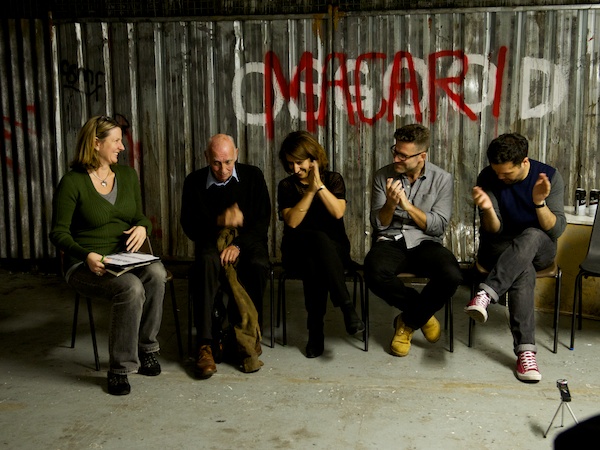 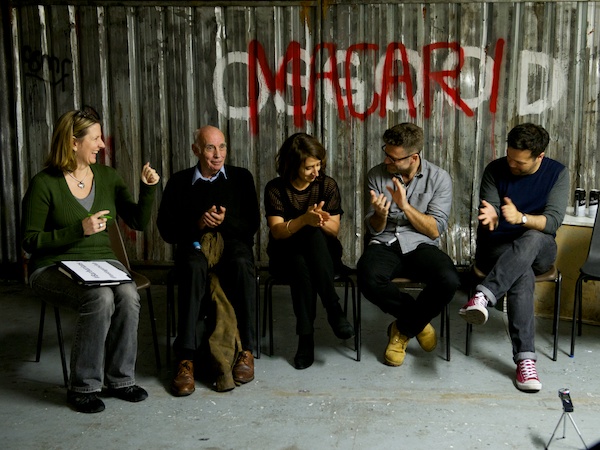 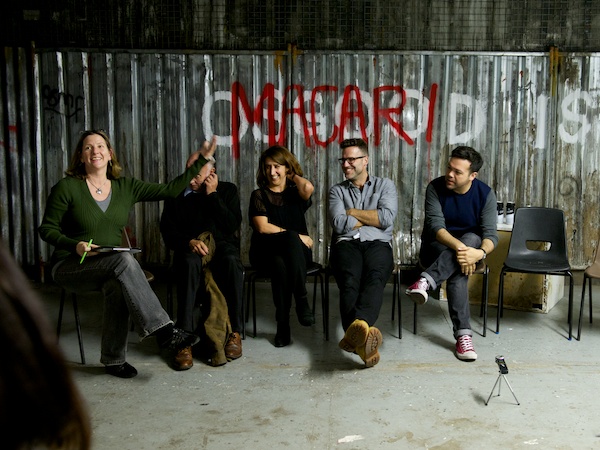 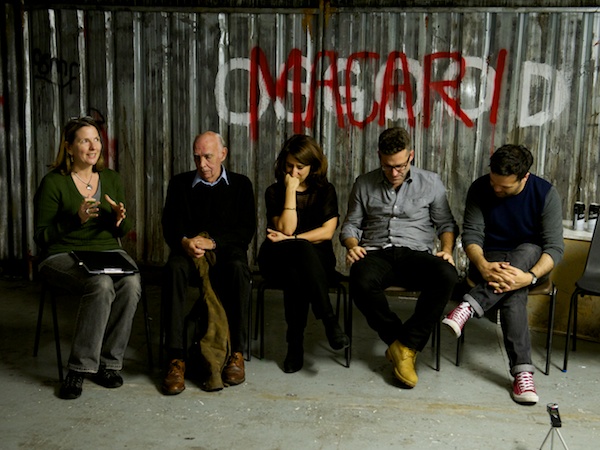 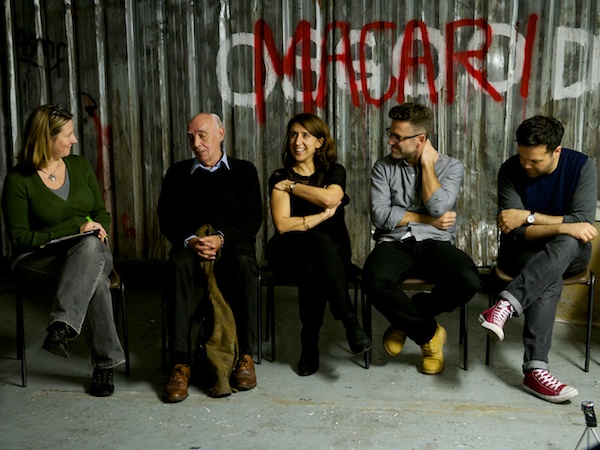 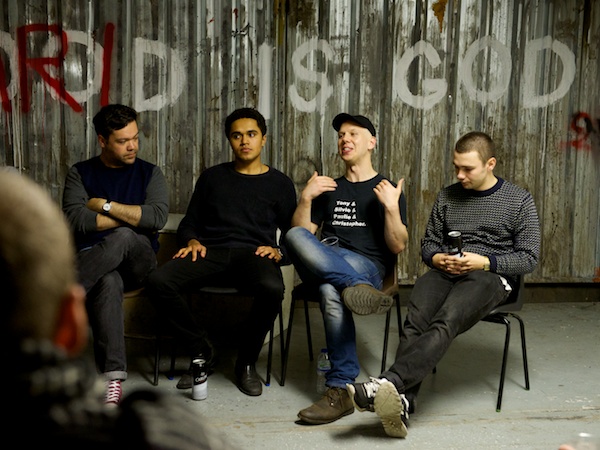 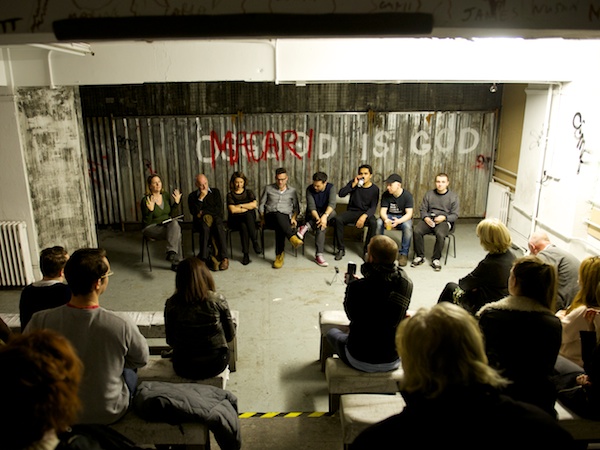 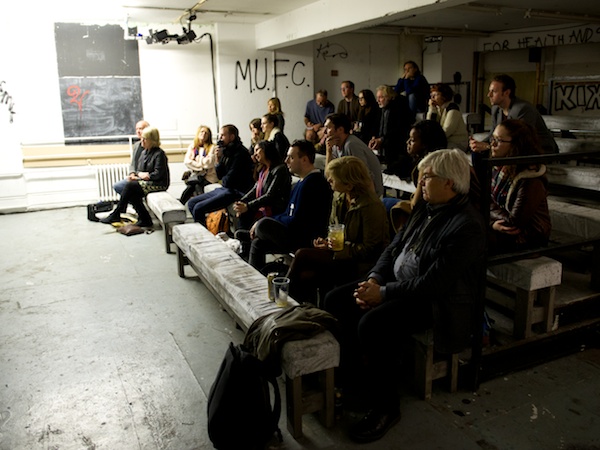