What happens when you cross Dragons’ Den with new musicals?

Home-What happens when you cross Dragons’ Den with new musicals?

What happens when you cross Dragons’ Den with new musicals?

In November, I blogged about three ‘new’ musical schemes, including The S and S Award, which was held at the St James Theatre. On Friday, I was back at the St James covering another great scheme – and award – to add to the list.

The Perfect Pitch Award, co-presented by Theatre Royal Stratford East, is a sort of Dragons Den for new musical writing … with a twist. In this, long before the aspirants get to the pitch stage, the dragons actually put them together.

Writers from across the UK – be they composers, lyricists or book writers – apply as individuals to take part in the scheme. Successful candidates are then paired up with a collaborator of a different stripe to work on a ten-minute pitch of a new musical. These are presented in a rehearsed reading format before a panel of industry judges who whittle these down to four finalist teams. 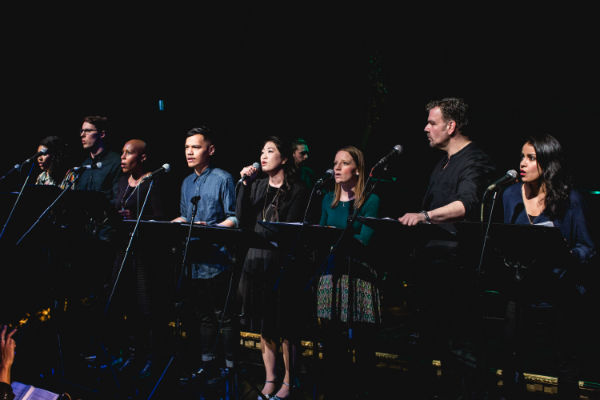 The ensemble cast at the Perfect Pitch Award. © Darren Bell

The winners on Friday were Daniel York and Craig Adams for their piece Sinking Water. And the prize? £12,000 to afford them the time to collaborate further and write a full draft of the show towards a professional staged reading and/or production supported and mentored throughout by Perfect Pitch and Theatre Royal Stratford East.

“I’m delighted that Daniel York and Craig Adams have been announced as the winners of the Perfect Pitch award 2015/2016.

“Their piece Sinking Water takes place in the midst of events surrounding the tragic drowning of 23 illegal migrant Chinese cockle pickers in Morcambe Bay. York Loh and Adams have used those terrible events as the framework while exploring other characters around the tragedy, the local councilors, journalists and economic pressures that were brought to bear on the Chinese protagonists. This is a stirring and emotive piece of theatre, which asks bigger questions of the British psyche, our attitude to cheap labour, migrants and foreign deaths. A beautifully, thoughtful piece”. 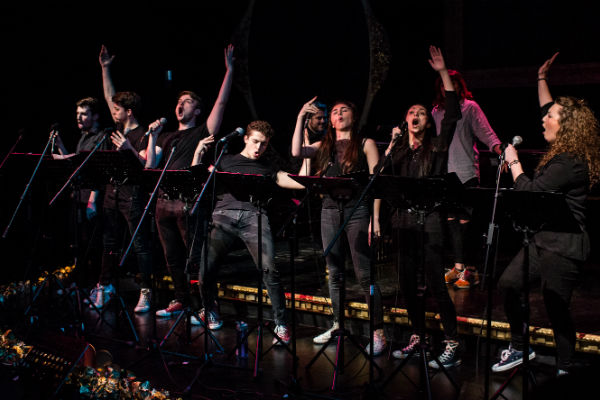 “We’re really delighted that we get to start a brand new journey with this fantastic new and hugely talented writing team of Daniel York and Craig Adams with a gem of an idea for something completely original.”

The Perfect Pitch Award ceremony was held the same day that another musical developed by Perfect Pitch, The Go-Beween, first seen at West Yorkshire Playhouse in 2011, was announced for a West End transfer starring musical legend Michael Crawford. “It’s an exciting time for the British musical right now!” Andy added – something of an understatement.

I’ve known and supported Andy and Perfect Pitch for many years – for many years when I ran the WhatsOnStage Awards, we had a Perfect Pitch slot in our annual awards ceremony specifically to showcase a new musical song. So it was wonderful to be able to be there on Friday to continue to support this great organisation in my new guises, tweeting from Stage Faves (as well as My Theatre Mates and my own account) – and to receive such great reciprocal support, including a lovely shout-out by Andy from the stage.

Ferocious live-tweeting from Friday below. Well done to all the other finalist teams – Ashton Moore and Ben Fensome;  Gavin Whitworth, Shireen Mula and Joe Von Malachowski; Zara McFarlane and May Sumbwanyambe – and to everyone else involved. 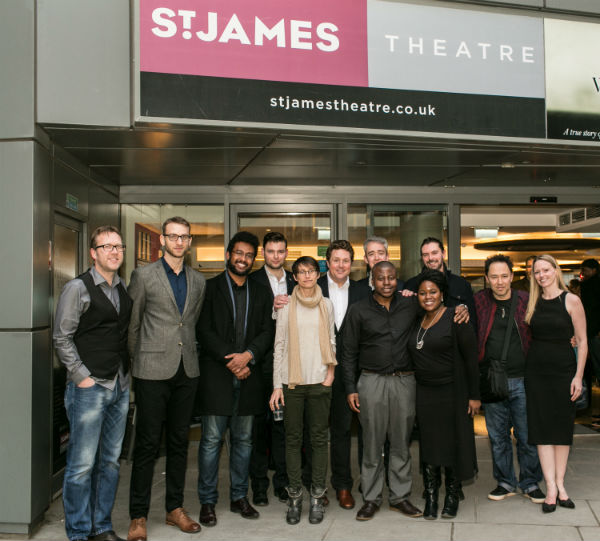 All of the finalist teams in the 2015/16 Perfect Pitch Award. © Darren Bell