From Page to Stage Q&A podcast and photos: How is the international scene changing for new musicals?

Home-From Page to Stage Q&A podcast and photos: How is the international scene changing for new musicals?

From Page to Stage Q&A podcast and photos: How is the international scene changing for new musicals? 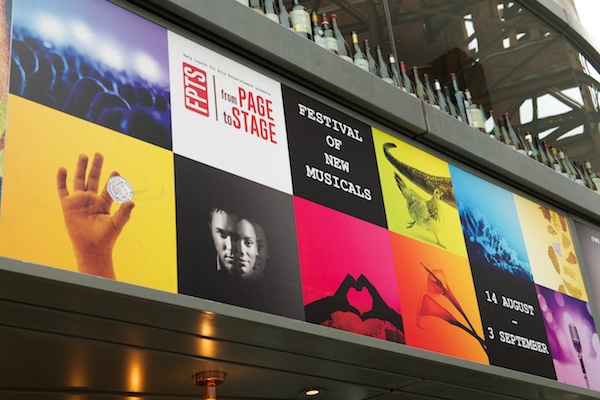 From Page to Stage at London’s The Other Palace

Two years ago, I chaired the opening night discussion at the third annual From Page to Stage festival of new musicals founded by Aria Entertainment’s Katy Lipson. The central question on that occasion was “are we doing enough to nurture new musicals?” And the central answer was no. Amongst the suggestions made by the audience as to what more we should be doing? “Create a new ‘musical laboratory’ to one that shuttered several years ago at the Bridewell Theatre.”

Last night, I was back to help open the fifth annual From Page to Stage and, as we looked around us at the festival’s new home, Andrew Lloyd Webber‘s dedicated musical house The Other Palace, under the artistic direction of Paul Taylor Mills, we all felt a great satisfaction in being able to say: job done. At least on that score. 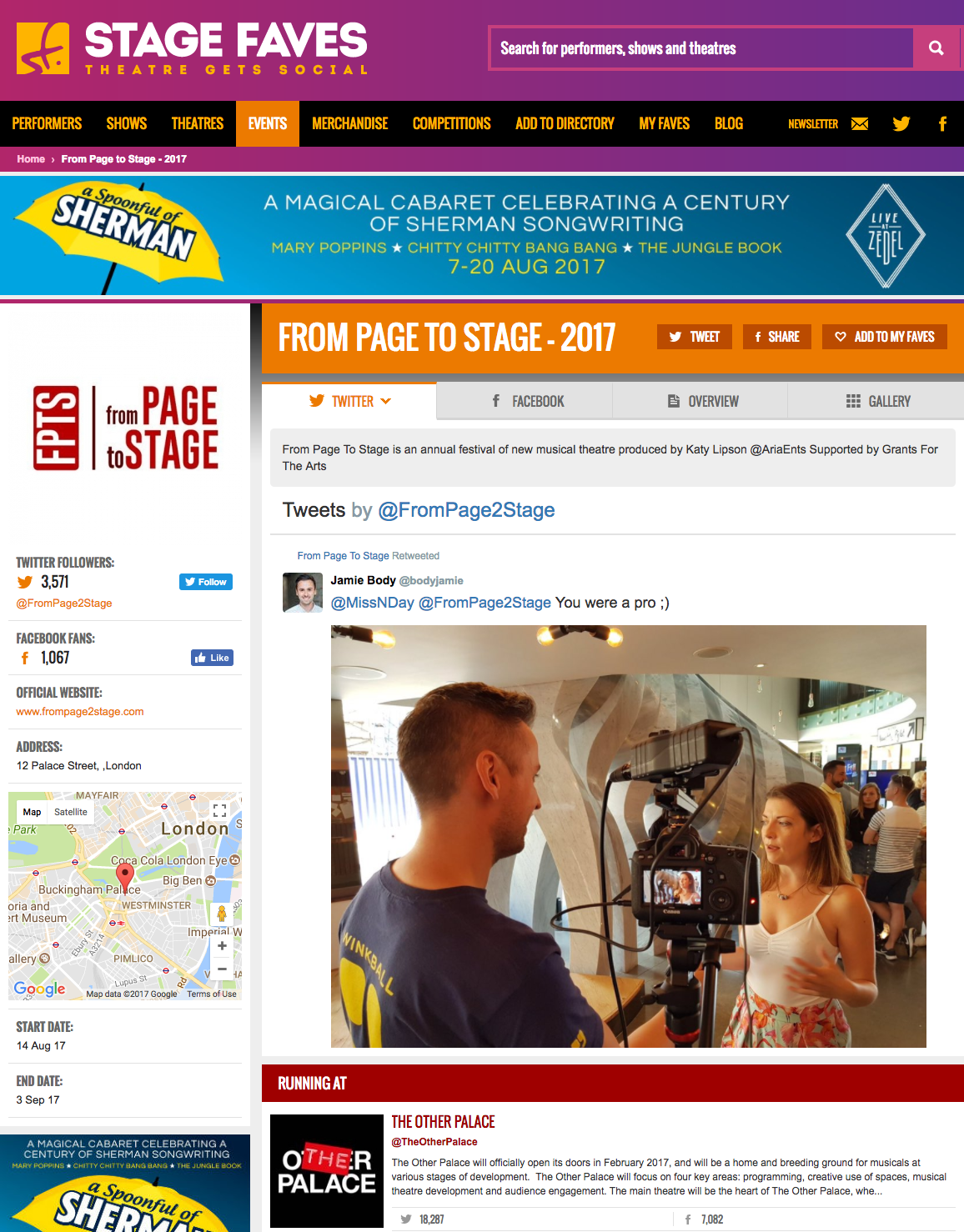 Get all social media for Some Lovers, From Page to Stage & its casts on www.stagefaves.com

In other areas, most notably diversity and the appointment of musically-minded literary managers in flagship theatres, progress has been much slower, as panellists and audience members acknowledged in a wide-ranging discussion after the opening night concert.

The discussion followed an hour-long concert, directed by Kolja Schallenberg with musical direction by Oli Rew, in which Lucy Kemp, Sinead Wall, Adam Small, Gabriella Margulies and Oscar Tollofsen performed songs from some of the international submissions to this year’s festival. And thus, for the discussion, we opened by looking some of the differences in the musical theatre scene around the globe.

For the Q&A, I was joined by two of those international writers – Wolfgang Adenberg, Germany’s leading lyricist and translator, and T Rob Brown, from Panama by way of Canada – as well as British lyricist and book writer Jake Brunger, one half of Brunger & Cleary (whose Chicken Little features in the festival and whose The Secret Diary of Adrian Mole is currently selling out at the Menier Chocolate Factory), American director and dramaturg Amy Anders Corcoran, who is over from New York to direct one of the festival’s showcase evenings of four new musicals, and, of course, From Page to Stage‘s Katy Lipson.

In the unedited podcast below, be sure to also listen out for: which writing team has the best ‘how we met’ story; why the Germans don’t get Stephen Sondheim; Katy’s big new producing ambitions; and the challenges of translating musicals.

The three-week From Page to Stage festival continues at The Other Palace until 3 September 2017. In addition to a packed programme of showcases, rehearsed readings and concerts, the headline main-house musical, the premiere of Burt Bacharach’s Some Lovers, runs from 24 August to 2 September.

In addition to the Q&A, Peter Jones also snapped some pics of Tasha Taylor Johnson, Gloria Onitiri and Phil Cornwell performing in The Other Palace bar before the show. 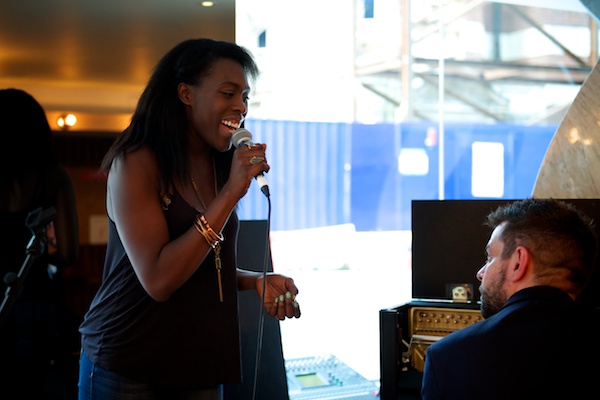 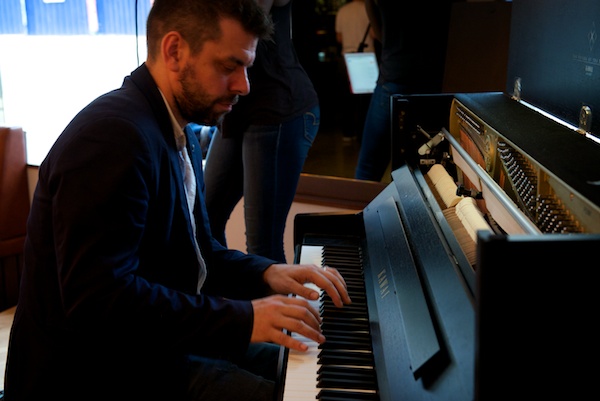 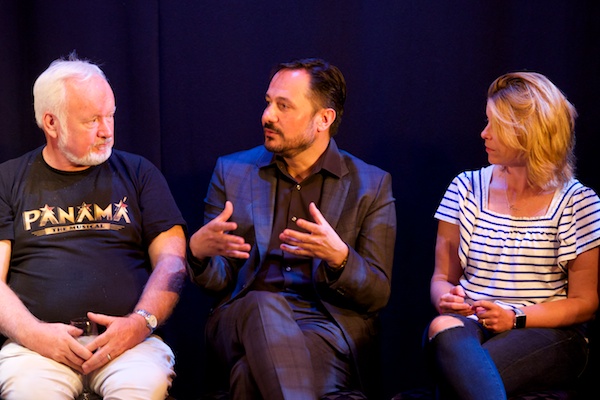 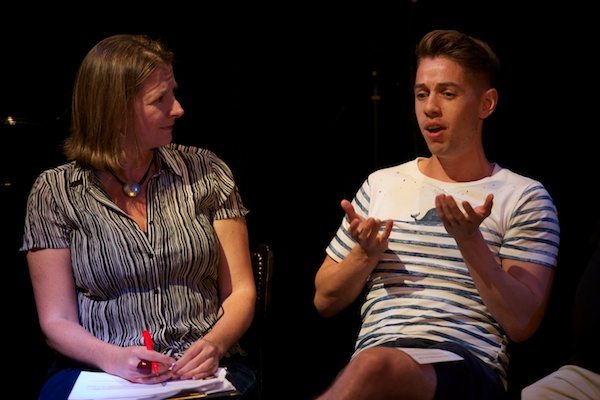 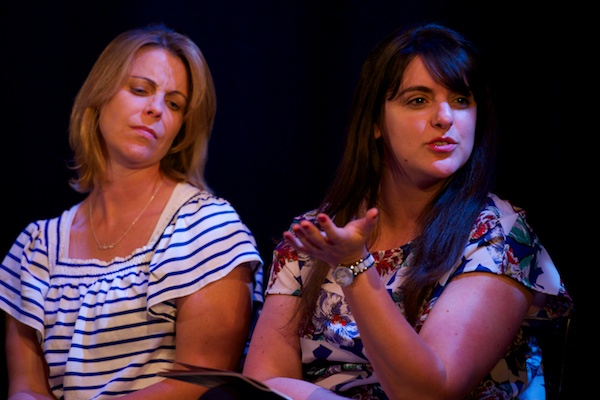 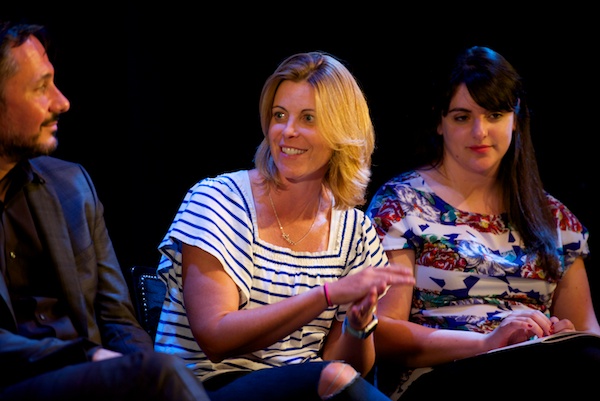 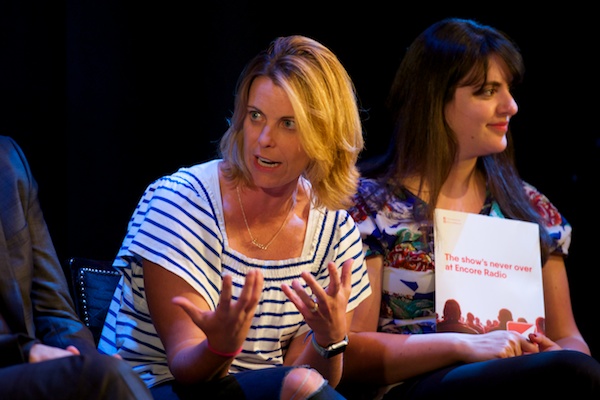 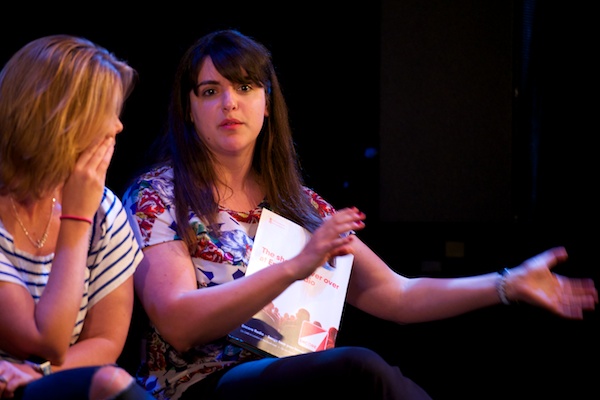 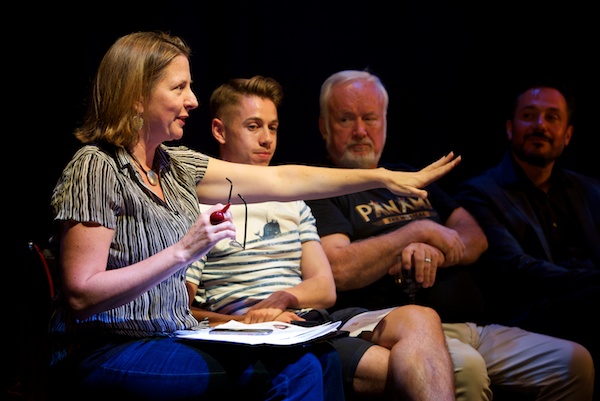 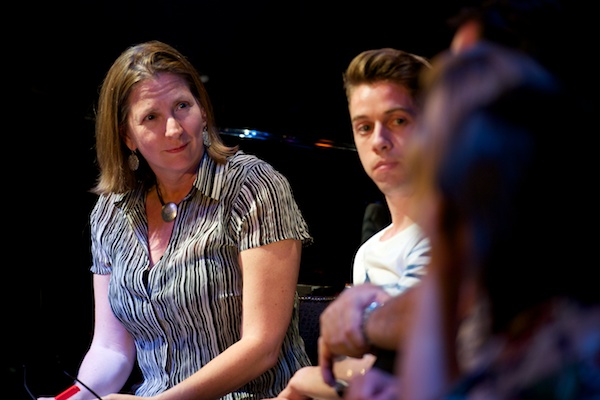 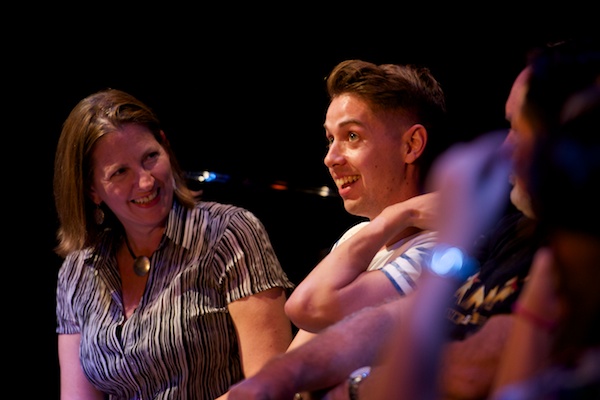 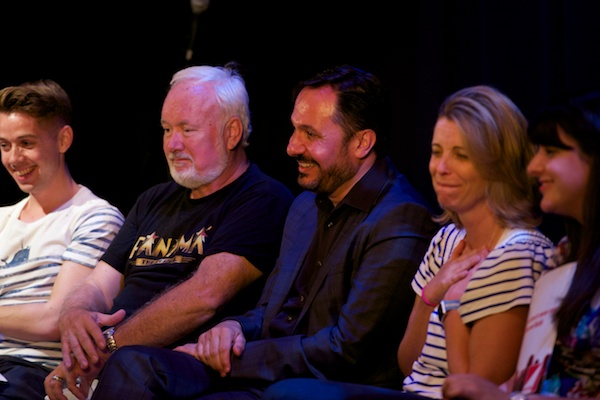 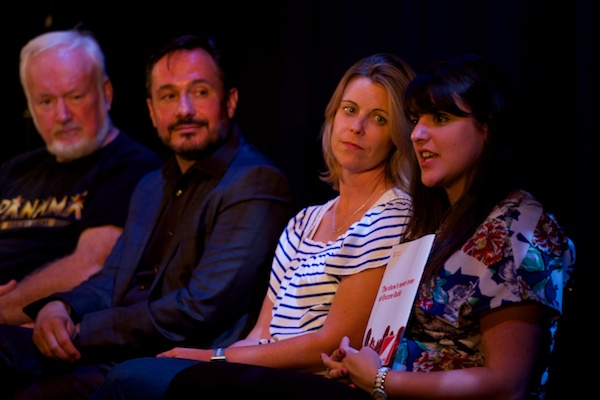 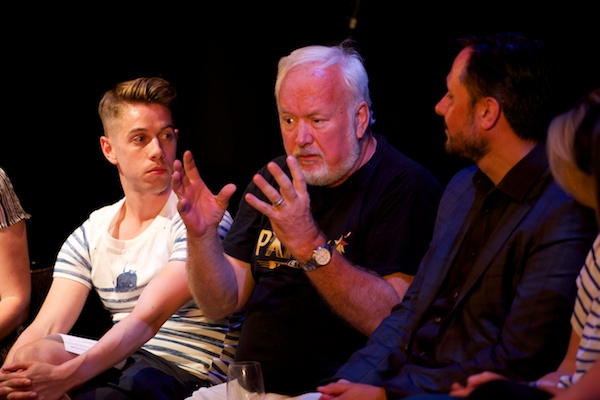 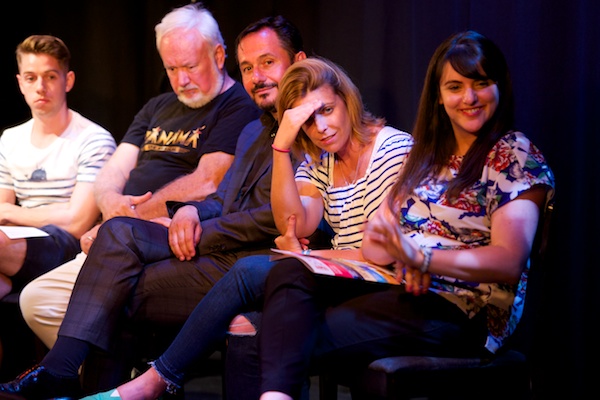 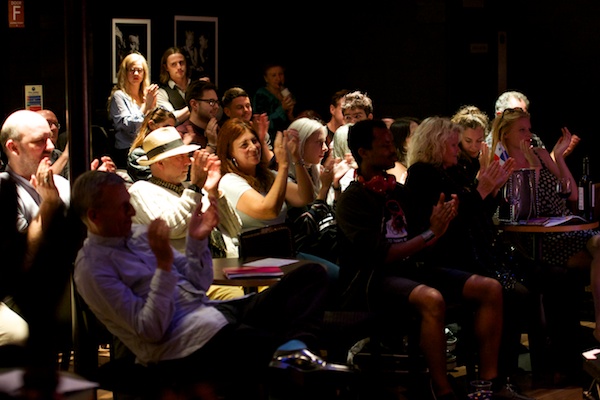 From Page to Stage Q&A – Curated tweets by StageFaves