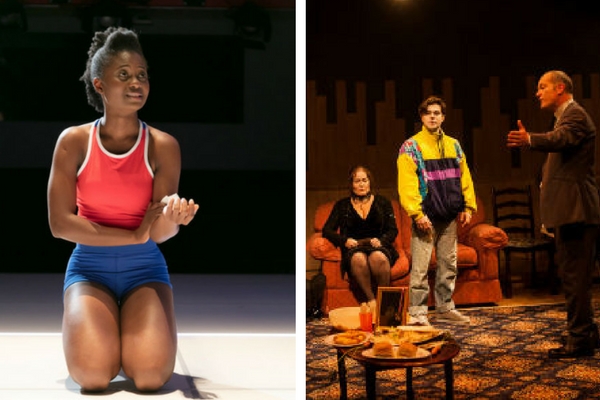 Deny, Deny, Deny and Saving Jason are both running at London’s Park Theatre until 3 December 2016.

Everyone’s on drugs at the Park Theatre, I tweeted last Monday night. For a theatre that consistently impresses with the diversity of its received productions, it’s interesting that it should be hosting premieres in both of its houses, opened within days of each other, that both concern drug abuse. Admittedly, abuse of a very different nature.

In the Park 200, Deny, Deny, Deny is journalist-turned-playwright Jonathan Maitland‘s follow-up to Dead Sheep (about Geoffrey Howe’s betrayal of Margaret Thatcher) and An Audience with Jimmy Savile (about … you can guess), both premiered at the Park in 2015. Here he turns his attention to doping in athletics and gives it a genetically modified update.

Joyce (Shvorne Marks) and Eve (Juma Sharkah) are both talented young runners training with the same ruthless coach (Zoe Waites). One of them follows the coach’s advice to take part in an experimental gene-editing trial, the other doesn’t. What are the consequences? On performances, on relationships, on one’s own identity, on sport? 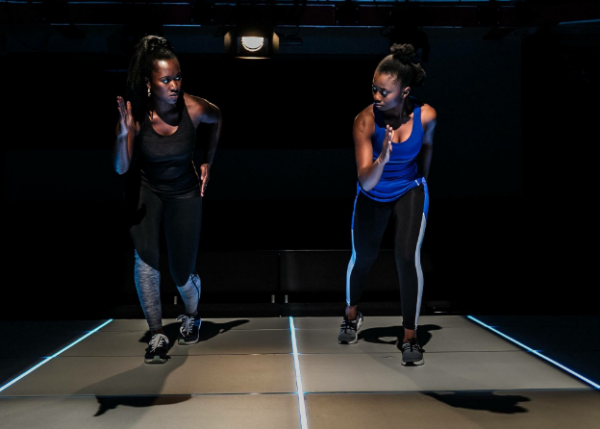 Shvorne Marks and Juma Sharkah in Deny, Deny, Deny at the Park Theatre

I’ve always thought there should be more plays about sports. Why? I’m in complete agreement with a note from Maitland in the programme on this: “Because all human life is there – joy, pain, honour, dishonour, revenge, temptation, self-destructive ambition – and I love it.” And to some the limited available examples listed in another programme note – Golden Boy (boxing), The English Game (cricket), The Nap (snooker), An Evening with Gary Lineker and The Red Lion (football) – I’d add last year’s Crouch, Touch, Pause, Engage (rugby) and Three Lions (football again). I’m still waiting on one centred on tennis, my spectator sport

Meanwhile, upstairs in Park 90, another returning playwright Peter Quilter – whose 4000 Days premiered downstairs earlier this year – gives us Saving Jason. The drugs in this case are Ecstasy, various prescription drugs and good old-fashioned booze. Set in 1996, rather than the near-future, Jason (Jacques Miche) is the teenager of the title whose parents stage an intervention/fake funeral to try to scare their son out of his lifestyle of tablet-crazed raving. However, the family’s position is weakened by their own addictions and general bonkers-ness.

In another in-the-round production, director Steven Dexter allows us to pull up a chair in the family’s living room – and sympathetically conclude that, with family like this, we too might be driven to drugs. Julie Armstrong‘s Aunt Angela in particular is a mighty force to charge up against.

Trivia: Maitland’s An Audience with Jimmy Savile and Quilter’s 4000 Days both starred Alistair McGowan, who also provides the voice of the commentator and announcer in Deny, Deny, Deny. I don’t think he’s on drugs.

Speaking of the diversity of the Park’s programming, the theatre recently announced its 2017 season, which includes: Twitstorm, the next offering from Deny‘s producers Cahoots; the European premiere of David Henry Hwang’s Chinglish; a world premiere comedy starring Miriam Margolyes; and a new version of A Clockwork Orange. And that’s all just in Park 200. I think I’ll be spending many more nights in Finsbury Park in the new year.

Jacques Miche in Saving Jason at the Park Theatre