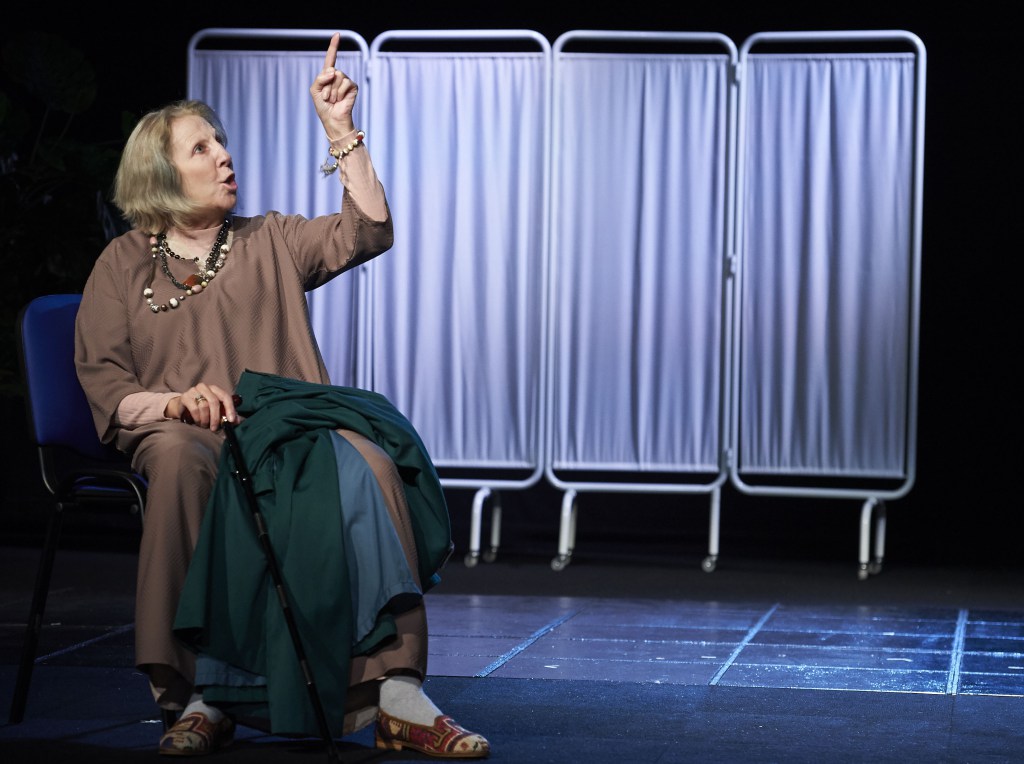 I was recently hired by the producer of Waiting for God to interview the show’s stars and writer as it embarks on a major UK tour. Here’s the first in a three-part series. Waiting for God continues touring until 8 July 2017. Visit the show website for full dates and tickets.

Nichola McAuliffe stars in the new stage adaptation of the hit sitcom Waiting for God, set in the Bayview retirement home. She plays Diana Trent opposite Jeffrey Holland as Tom Ballard, the roles originated onscreen by Stephanie Cole and Graham Crowden in the TV series that ran on BBC1 from 1990 to 1994. She talks to me about the play, avoiding traps, getting older and how age is a state of mind.

How familiar were you with Waiting for God when it was on television?

I didn’t watch the original. It was on about the same time that I was in a sitcom called Surgical Spirit but I didn’t watch that either. There was no point in me watching my own TV programme, it’s not like I was going to do the scenes again. I watch my nice crime programmes – serial killers, I like.

Diana is a retired war photojournalist. Your husband is Fleet Street veteran Don Mackay. Has that given you any special insights?

I’ve lived with a journalist for 30 years and Don was a war correspondent. We were together when he was in the war zones: Gulf War one, Kosovo, Rwanda, all those. A photojournalist is totally different to a war correspondent, though. They’re ‘reptiles’ versus ‘monkeys’. Diana is a monkey. A reptile is a blunt nib, a scribe. And a monkey… That term came about because a great journalist called Alastair McQueen was at some do or another – this was way before Princess Diana – and the photographers were hanging out of the trees trying to get photographs. One of them fell out of his tree and concussed himself. McQueen called the office and said, ‘send me another monkey, this one’s fallen out of a tree’. So they’ve been monkeys ever since.

“I never form an opinion of any character I’m playing. The minute you have an opinion about a character and they do something you, as you, don’t like, what are you going to do?”

It takes a particular sort of person to be a photojournalist, particularly in a war zone. God yes. I’ve known many of the great Fleet Street photographers, including Michael Fresco and Kent Gavin. There’s an interesting thing about photographers, that [looking through her hand in the form of a camera lens] is reality – everything goes through there, absolutely everything. There could be someone coming towards you with a gun, and you’ll still keep clicking because that’s how it is: there is you, a camera and reality. Reporters don’t have that separation between them and the rest. So reptiles and monkeys are looking at the world in very different ways.

That’s good advice. Any other advice you can share on acting?

I’ve heard two brilliant notes in my life. One was Terry Hands who said: ‘If you’re playing the king, don’t play the throne as well’. In other words, don’t be doing all that ‘I AM the king’ acting business. And Ray Cooney said, with farce ‘breathe in when you walk onstage and don’t breathe out until the curtain call’. Isn’t that wonderful? The minute you breathe out in farce, you lose it. I think that applies to all comedy. 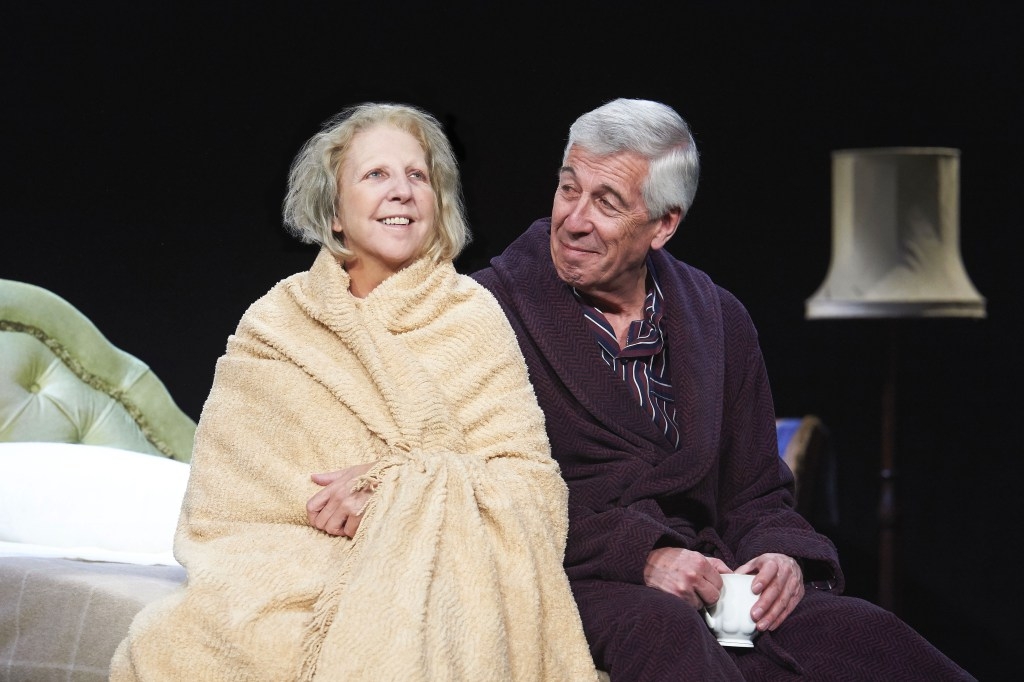 How about for learning your lines?

Waiting for God is a good play for learning lines because it has a logical progression in a conversation. Even if you don’t get the phraseology absolutely right, it’s very easy to follow the thought pattern. The play I’ve just done, Murder, Margaret and Me, was an absolute sod. Susie Blake and I both found it difficult. You couldn’t see why the next thing happened. They were basically interrupted monologues. It worked beautifully but it was very difficult to learn.

One of Diana’s great lines in Waiting for God is: “If you’re angry, you know you’re alive.” What would be the equivalent for you?

Freedom makes me alive. Freedom is knowing that I make the decisions for my life and nothing is forever – including life itself. As long as I know that the bag is packed and the door is open, that to me is knowing I’m alive. And when I go, I go. 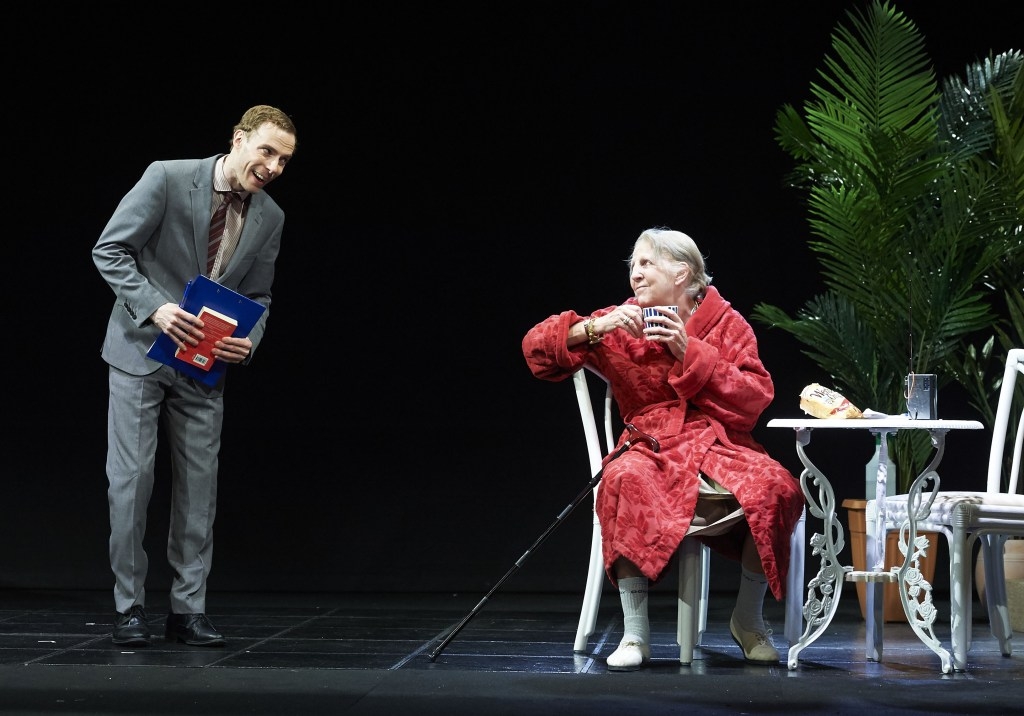 Do you think attitudes to older people have changed since Waiting for God was first onscreen 27 years ago?

I think views of older people have changed totally since the TV show was first seen. Thirty years ago, it might have been expected that you’d have an elasticated waist and a pair of slippers on when you were 60, but that’s certainly not the case now.

There used to be a mentality that just isn’t as common now. I mean, I look at pictures of people who were younger than me that were taken in the Fifties or Sixties or whenever and they look 20 years older than I am now. I have a friend who is 93 – he doesn’t have a hearing aid, he doesn’t wear glasses, he doesn’t need a stick. Look at Prince Philip, who’s 95.

“‘Old’ people go beige, sometimes they grow up beige. I have never been beige and I never will be beige.”

I just think that the idea of chronological age determining what ‘old’ is has gone out the window. For a woman, it used to be, after she was married, that was it. By the time she was in her forties, she was middle-aged, and by the time she was 50, she was old. No hair dye, no nice bras, no ‘dressing too young for your age’, no high heels, you know whatever it might be.

You look at the average rockstar now and he can be in his 70s or nearly 80. Look at Mick Jagger – he’s just had another kid and he’s 76. Look at young people when they go to Glastonbury. They’ll cheer Dolly Parton, the Stones, Meat Loaf. It doesn’t matter. The same divisions do not exist. ‘Old’ is about being mentally old, that’s all.

‘Old’ people go beige, sometimes they grow up beige. I have never been beige and I never will be beige. Not even magnolia. It ain’t ever happening.

Does being an actor have any bearing on that?

I think we stay young in our business anyway. Why? Because you’re working with all age groups all the time, you change jobs a lot so you stay on your toes, line learning is quite handy for keeping you mentally sharp, and you’re always looking for the next thing. If someone had told me five years ago what I’d be doing now… it’s like when they say you’ve got to sign for a year’s contact, and you go ‘ahhhh, noooooo, I can’t. So you’re ducking and diving, you stay agile. 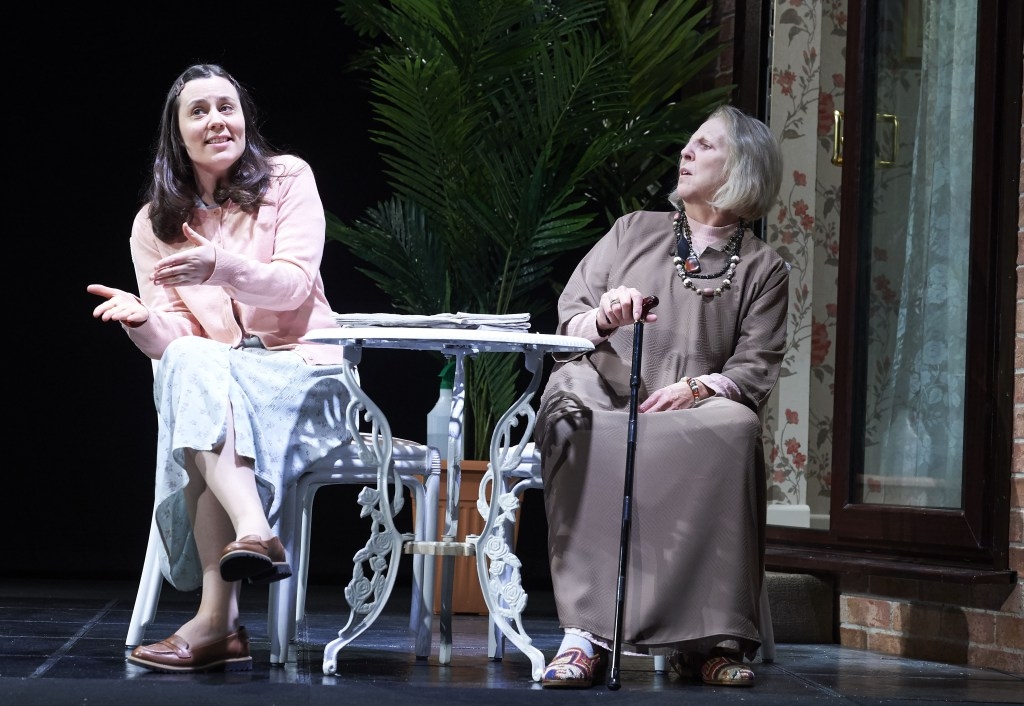 Anything to stop yourself from falling into a trap?

Trap is exactly the right word. When I was at school, we had this fantastic swimming pool with diving boards of different heights. I was quite good at diving. One day I plucked up the courage to climb up the highest diving board, 3m or 5m. Just as the whistle blew I jumped off and I did a perfect dive. You know one of those where you barely make any splash it’s so perfect. I was so surprised that I didn’t pull out of the dive position and my fingers ended up going down the drain at the bottom of the pool. I can remember them going into the grate and struggling to disentangle them. I was trapped. And I remember thinking, this is a feeling I never want to have again in my whole life, of feeling trapped. I didn’t panic. I put my feet on the bottom of the pool and eased my fingers out to free myself. It was that moment of feeling that way: not that I was going to drown but that I was trapped. There are all sorts of things that make me feel that way still and I just say, oh no.

With all that in mind, what are the disadvantages of getting, chronologically, older?

You only slow down when your body falls to bits. So you must, must exercise. Whether that’s going to the gym or walking around the block or whatever. Now if you get the curse of osteoporosis or rheumatoid arthritis, things may change, but you can still do stuff. Like they say, ‘if you’ve got your health, you’re happy’.

I warm up before the show every day. I’ll do stretches and weights. If I can’t find a gym where I can do Body Pump, I’ll get a stage weight and do it myself.

And the advantages of getting older?

I wouldn’t go back, not one day. I certainly wouldn’t go back to being a child, teen or in my twenties, never. Just being here is what’s great about the age that I am. I’ve made it. Also, what might have appeared outrageous when I was in my twenties or thirties, you know being outspoken, it’s now, ‘well that’s just Nichola’. Everyone’s got used to me by now.

Waiting for God continues on its UK tour until 8 July 2017.