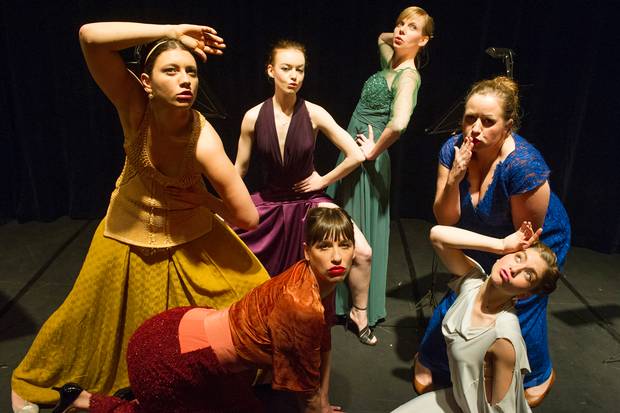 If your brain has started to turn to mush after too much turkey and mash, get yourself along to one of these four plays quick. I can personally recommend each for provoking serious thought, discussion and reflection on urgent issues including local government, austerity, dementia, discrimination, feminism, urban housing and corruption, to name a few.

If that makes them sound the least bit dull or worthy, fear not. There’s weighty drama amongst the weighty subject matter too.

As usual, I’ve listed productions in closing date order. Don’t wait until you get back to work to book tickets, as the first three all finish in early January.

Even if you don’t know how to pronounce Ontroerend Goed (which translates loosely as “Feel Estate”), if you follow experimental theatre at all, chances are you’ve heard of them. This young people’s company from Belgium has been creating Fringe First-winning waves at the Edinburgh Festival for years now with shows such as Audience, Teenage Riot, The Smile Off Your Face and the piece that announced their arrival, Once and for All We’re Gonna Tell You Who We Are So Shut Up and Listen.

Sirens, like all Ontroerend Goed pieces, is written by the company. In this case, six – attractive, young – women who have reclaimed and reinterpreted feminism and what it means to be a woman in the 21st century. Dressed in ballgowns, the sirens prepare for what appears to be a classical concert, but instead of raising their voices in song, they unleash a cacophony of howling, wailing and screeching.

“I don’t want to be the other, the weaker, the second one. I will get angry if anyone makes me feel like that.”

If you worry that the younger generations don’t appreciate feminist achievements or recognise the work still to be done to achieve parity, an evening with the Sirens will assuage your fears.

Sirens finishes its limited season at Soho Theatre on 4 January 2015. 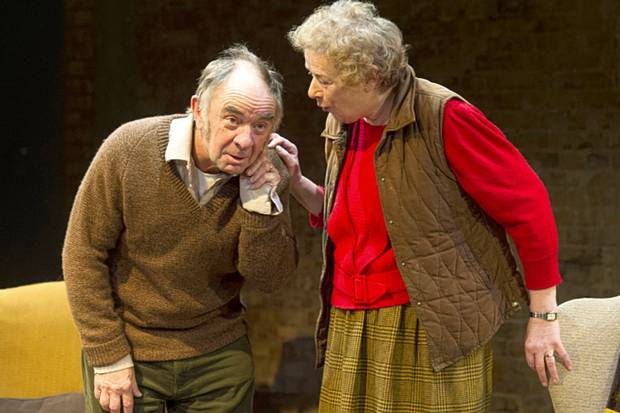 Robin Soans and Linda Bassett in Visitors at the Bush Theatre

Incredibly, Visitors is the debut play by author Barney Norris, mounted by the Up in Arms company which he co-founded with the play’s director Alice Hamilton. It comes to the Bush following its spring run at east London’s Arcola Theatre and a national tour and having already netted Norris an Evening Standard Award for Most Promising Playwright.

Linda Bassett and Robin Soans are heartwarming as Edie and Arthur, a married couple in their seventies who are still truly, madly, deeply in love. But their long life together is about to come to an end as Edie slides into dementia.

Simon Muller is Stephen, their awkward middle-aged son, and Eleanor Wyld is Kate, the blue-haired home help Stephen hires in an attempt to postpone admitting Edie into a care home.

“This is the poem of my life. I cannot remember almost everything I have ever done. I cannot remember the names of the children who sat next to me at school. I can hardly tell which of the millions of lives I imagined I might have lived eventually turned out to the real one. They are all as vivid and vague as each other.”

Visitors struck a personal chord with me, following my father’s delirium scare earlier this year, and the crisis that raised in my own family. But the questions it asks apply whether you have an older relative facing memory loss or not: how much of our identity is bound up in our home? can we retain happiness if we lose the memories associated with it? are we the sum of our experiences?

Visitors continues at the Bush Theatre until 10 January 2015. 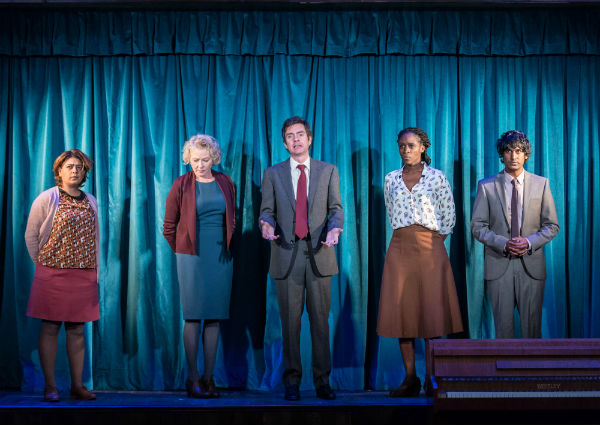 The cast of Hope at the Royal Court Theatre

Like Stella Feehily’s examination of the current state of the NHS, This May Hurt a Bit, which I saw in May, Jack Thorne’s Hope opened my eyes to the perilous state of one of our other national institutions, the local council. And this exposure not only made me angry, it galvanised me into action.

With This May Hurt a Bit, I rushed home and joined the National Health Action Party, and pledged quarterly donations for its campaign to save the NHS. On the evening I got home from Hope, I started tracking the voting record of my local MP (Liberal Democrat Simon Hughes), whom I’ll be paying a surgery visit to in the new year.

“It’s a strange thing really, isn’t it? To care this much? Feels profoundly old-fashioned.”

I don’t claim that these are radical actions, but they’re a start. We get the government we deserve. If we don’t pay more attention, if we don’t make it clear to our elected representatives what matters to us, what is truly important as a society, if we don’t hold them to account, then what do we expect to happen?

As a construct, Hope is a little ragged. A skim of the playscript, which was published while John Tiffany’s premiere production was still in rehearsals, shows just how much the piece changed in performance. It feels as it if still hasn’t found its final, most effective, dramatic form.

“I don’t need to take the high ground. I have it.”

But I loved Hope nonetheless – so much so that, two days after seeing it, I returned to the Royal Court to meet author Jack Thorne and attend his post-show Q&A, which I blogged separately about here. 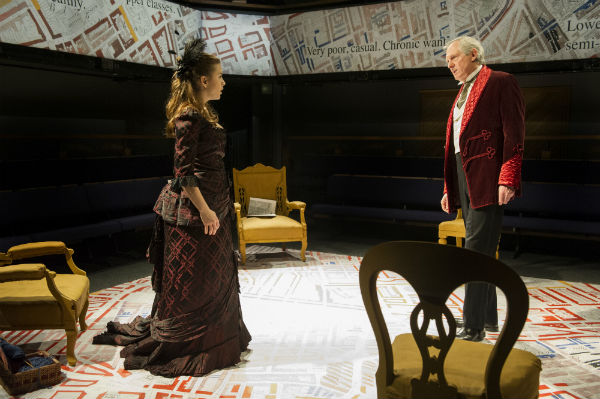 Though he was writing more than a century ago, George Bernard Shaw, like the modern playwrights above, was also concerned with asking difficult questions about social, political and moral issues. Premiered in 1892, Widowers’ Houses was Shaw’s debut play and the primary issue it tackled – the housing crisis and consequent exploitation of the poor in London’s slum tenements – remains relevant today.

“When people are very poor, you cannot help them, you can only sympathise with them.”

When Harry learns that his father-in-law to be is London’s worst slum landlord, it looks like the wedding is off, but his moral stance weakens when his own income is affected by Sartorius’ business wrangling.

Simon Daw’s set design uses Charles Booth’s 19th-century Poverty Map of London to provide context. You can’t help but try to find yourself on the map that Widowers’ Houses lays out, both geographically and morally. Some of the street names may have changed, but this is still identifiable as the London we inhabit today. 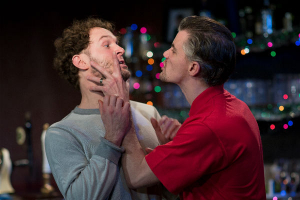 Another production I saw earlier this month and loved was Michael Kingsbury’s revival of Simon Stephens’ 2004 play Christmas. You know a play punches the right buttons when you start to recommend it to friend and they recommend it to you before you can get the words out of your mouth. I include my tweet comments on the play below.

Unfortunately, I can’t recommend it to theatregoers now as it’s finished its initial run at the White Bear Theatre, but if there are any savvy producers reading, I recommend you give Spellbound Productions a ring and organise a transfer. This play and this excellent production of it deserve a further life.