My plays diary: Sari, Around the World in 80 Days, The Wasp, Flood

Home-My plays diary: Sari, Around the World in 80 Days, The Wasp, Flood

My plays diary: Sari, Around the World in 80 Days, The Wasp, Flood 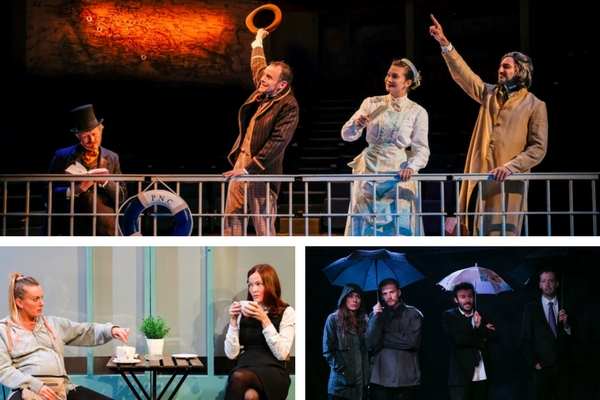 Clockwise from top: Around the World in 80 Days, Flood and The Wasp.

My plays diary this week isn’t terribly varied. I’m spending most nights at the Tristan Bates Theatre, all in aid of one production: Preethi Nair‘s Sari: The Whole Five Yards. That said, I’ll be lucky if I say the play once – demand for tickets is so high that I can’t get in any night unless there are last-minute returns and no-takers hanging about.

Luckily, I’ve seen Sari before. It had a one-off performance at the Tristan Bates during the First Festival of solo plays in April, when I first saw it. On the strength of that showing, also a sell-out, Tristan Bates invited Preethi back for this week, during Camden Fringe, and I was so impressed I asked if I could help out too. I’ve always had a predilection for solo plays, done well, and I think Sari is done very well. What’s more, it’s an original voice – 62-year-old British Asian woman Bhanu – the like of which is rarely heard on stage. 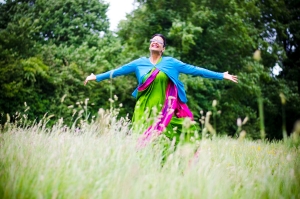 So this week I’m at Tristan Bates hosting various industry guests I’ve invited to check out Preethi’s work, directed by Elle DeBurgh. You’ll be hard pressed to get a ticket – word of mouth amongst the Asian community is so strong, it sold out long before the run commenced – but I’m hoping we’ll be successful in finding a future life for Sari: The Whole Five Yards. So watch out for the play and the name Preethi Nair. We’ve written a bit more about the play and Preethi’s truly inspirational journey as first a novelist and now a playwright on MyTheatreMates, and there’s much more too, on www.preethinair.com.

I was also at Tristan Bates Theatre last week for another sell-out performance of another sell-out Camden Fringe play presented by several other names I’m going to suggest you watch. Flood, which finished its run this past Saturday, was the inaugural offering from new theatre company Paper Creatures. The company was founded by actors Jon Tozzi and Nathan J Coenen, who commissioned Tom Hartwell to write the one-act comedy drama as a piece for ‘the millennial generation’ – Tozzi, Coenen and Hartwell also all appeared in Georgie Staight‘s impressive premiere production. Doubtless we haven’t heard the last of any of those four.

This past weekend I saw two other plays that couldn’t be more different. Friday night I was really pleasantly surprised by Theresa Heskins‘ New Victoria Theatre production of Jules Verne‘s Around the World in 80 Days, which is at Cadogan Hall for five weeks as part of an extensive UK tour. I saw another production of Laura Eason‘s adaptation two years ago at the St James Theatre and it fell fairly flat for me at the time, not least because, as a family-friendly offering, the lack of children in the audience was noticeable. This new production is presented care of family specialists at Kenny Wax and it’s really found its feet. Lots of physical comedy fun, general silliness, adventure and, in Michael Hugo, a Passepartout that gets kids big and small rooting for him.

For the Saturday matinee, I was at Jermyn Street Theatre for The Wasp. Morgan Lloyd Malcolm‘s thriller also had a previous London run in 2015, first at Hampstead Theatre Downstairs then transferring to Trafalgar Studios 2, in a premiere production helmed by Tom Attenborough. This time, Anna Simpson directs Selina Giles and Lisa Gorgin in this edge-of-your-seat two-hander in which two old school frenemies meet up as adults whose lives have taken very different paths. I did not see where this was going. Prepare to jump off the edge of that seat!

Writing up this blog, something else I’ve just noticed: all four of the plays above are directed by women. Well, that’s a recommendation in and of itself. More Twitter thoughts on all these productions below.

The Wasp runs at Jermyn Street Theatre until 12 August 2017.

Sari: The Whole Five Yards runs at the Tristan Bates Theatre until 12 August 2017.

Around the World in 80 Days runs at London’s Cadogan Hall until 2 September 2017 and then continues on tour until the end of the year.