My musicals diary: Jesus Christ Superstar, The Go-Between, The Fix

My musicals diary: Jesus Christ Superstar, The Go-Between, The Fix 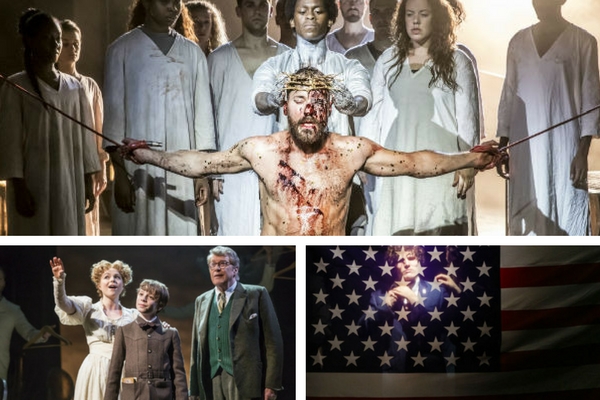 Have you seen? Jesus Christ Superstar at the Open Air, The Fix at the Union and The Go-Between in the West End

July was a big month for Q&As for me so I’ve been a little pre-occupied by follow-up blogs on those. But in addition to musicals I’ve hosted events at – I’m Getting My Act Together and Through the Mill, both of which have now completed their strictly limited runs at, respectively, Jermyn Street Theatre and Southwark Playhouse – here are three more musicals I’ve seen recently and can recommend.

Don’t delay if you want to see The Fix at the new Union Theatre as it closes this weekend – though, who knows, the production may return again, perhaps around US election time in November? Follow the links for tickets and scroll down for my live-tweets from each.

For all these musicals and casts, you can get all social media feeds for them on my musical theatre site www.stagefaves.com. Please check them out! 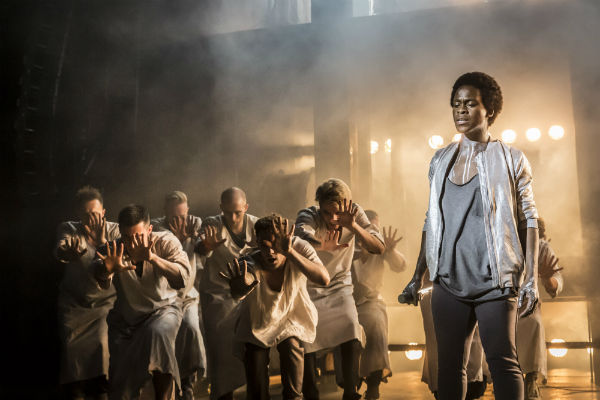 Over the years, I’ve seen a few productions of Andrew Lloyd Webber and Tim Rice‘s 1971 rock opera. The most recent was the big-budget, big-spectacle arena tour, that opened at the O2 in 2012 with ITV Superstar winner Ben Forster (now a West End superstar in his own right, currently playing the masked man in Lloyd Webber’s The Phantom of the Opera) as Jesus. At the time, Lloyd Webber said that this mammoth arena staging was just what the show was always meant to be unleashed from the confines of a proscenium arch theatre.

Timothy Sheader also unleashes Superstar from the proscenium but here, rather than overwhelming with spectacle, the effect is to make the piece far more intimate and accessible. It’s Jesus Christ Superstar as open-air festival gig: with Drew McOnie‘s sinuous choreography beautifully capturing both the cultishness of the disciples and the fury of the mob, and messiah, apostles and Romans never far from a mic stand.

All of the principles – including Declan Bennett as a Hoxton hipster-style Jesus, Anoushka Lucas as Mary Magdalene, David Thaxton as Pilate and Peter Caulfield as a shimmeringly camp Herod – wield their mic stands like rock gods. But special attention must be paid to Tyrone Huntley‘s tormented Judas: true talent unplugged.

Jesus Christ Superstar is now tipped for a West End transfer. It deserves a much longer run but it’s hard to imagine how it could work as well indoors or without Tyrone Huntley, who’s already signed up to Dreamgirls. See it in Regent’s Park this month if you possibly can. 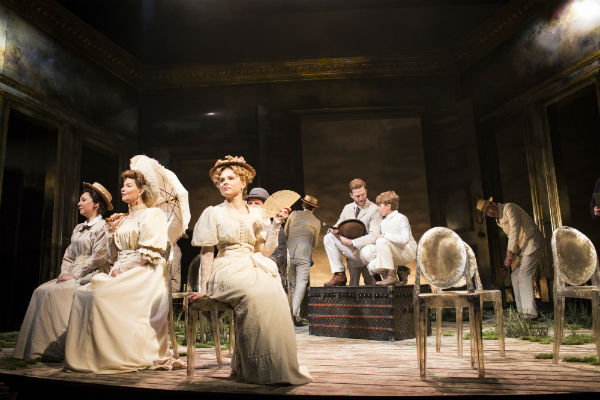 The cast of The Go-Between

I really have been meaning to write about this one for ages. I saw it in what now seems like the distant past: before Donald Trump won the Republican nomination for president, the EU Referendum, before Jo Cox was murdered. Like the story itself, in which protagonist Leo Colston (played by Michael Crawford) reflects back on “the perfect summer” of his innocent youth, my memories of seeing the show seem to belong to a more innocent time.

Fittingly, “the past is another country” is a line that derives from L P Hartley‘s original 1953 novel on which this musical (and two famous screen adaptations) is based.

And it’s that remembered innocence and gentleness, indeed its brave moments of ruminative silence, that contribute to The Go-Between‘s appeal. It’s a small-scale chamber piece really – just one upright piano onstage to accompany the ethereal ensemble – and charming theatrical gem. It’s wonderful too to see Michael Crawford back in the heart of the West End.

The Go-Between runs at the West End’s Apollo Theatre until 15 October 2016. 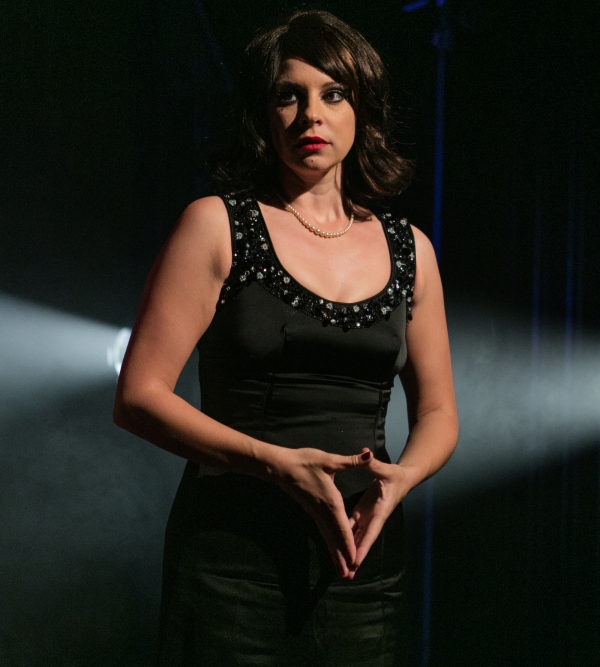 Lucy Williamson as Violet Chandler in The Fix

Nothing innocent at all about John Dempsey and Dana P Rowe‘s 1997 musical. And nothing coincidental about its timing either: both in opening the Union Theatre in its swanky new home and in coinciding with convention season in the US. In Michael Strassen‘s production, it’s Donald Trump‘s voice that opens the show and his spirit that looms large over proceedings in the tale of a fictional politician cynically groomed for political appointments for which he is ill-equipped and unsuited.

That said, for all The Fix‘s Machiavellian manipulations, it’s tangled web of corruption, drugs and sex scandals now seem positively tame by comparison with 21st-century real-world politics. Never mind just Trump, EU Referendum, Boris Johnson as Foreign Secretary etc etc, on the press night for The Fix, we exited the theatre to news of the attempted military coup in Turkey.

The real stand-out in The Fix is the steely powerhouse performance by Lucy Williamson as Violet Chandler, the erstwhile candidate Fra Fee‘s Lady Macbeth-style mother. If she can’t be the wife or the mother of the president, could she be president herself? As with Hillary Clinton, I’d vote for her, no question.

The Fix finishes at the Union Theatre on 6 August 2016.