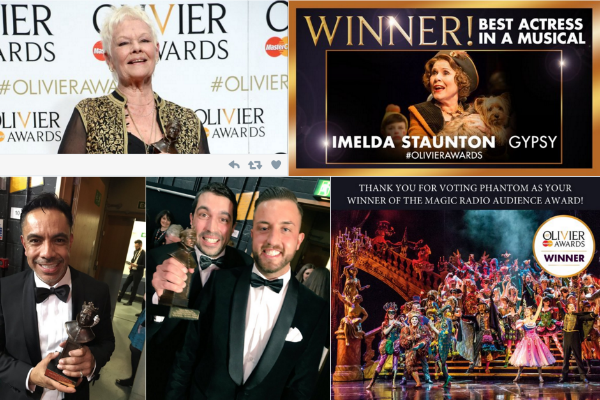 #OlivierAwards 2016 on Twitter: to say it was trending is an understatement

After my frustrated efforts to both attend and tweet from the Olivier Awards nominations announcement back in February, I concluded that it was impractical to even attempt to attend this year’s ceremony and stand a chance of covering it with my various theatre media hats on. So instead I booked myself – thanks very much to the awards organisers at Society of London Theatre (SOLT) – in for a private, live screening of the ceremony at the Hospital Club in Covent Garden, nearby the Royal Opera House.

Here’s a quick round-up of the Oliviers news and buzz as it happened via my three Twitter accounts – @TerriPaddock and @MyTheatreMates for general reactions, @StageFaves for a strictly musical focus – as well as the official @OlivierAwards channel, which has got very slick indeed on the video and gif fronts.

My laptop crashed a few times, drinks were spilled and mistakes were made during a frenetic night – apologies for any confusion, particularly concerning Barry Manilow (he was not there, I must have temporarily time-travelled back to the Oliviers held at Theatre Royal Drury Lane in 2011 when he was!) – but I’m more convinced than ever that, in our social media age, this is the way to do it. Though next year, I’m going to recruit several more helpers… or find a way to clone myself.

Congrats to all winners and nominees, and thanks to all followers! 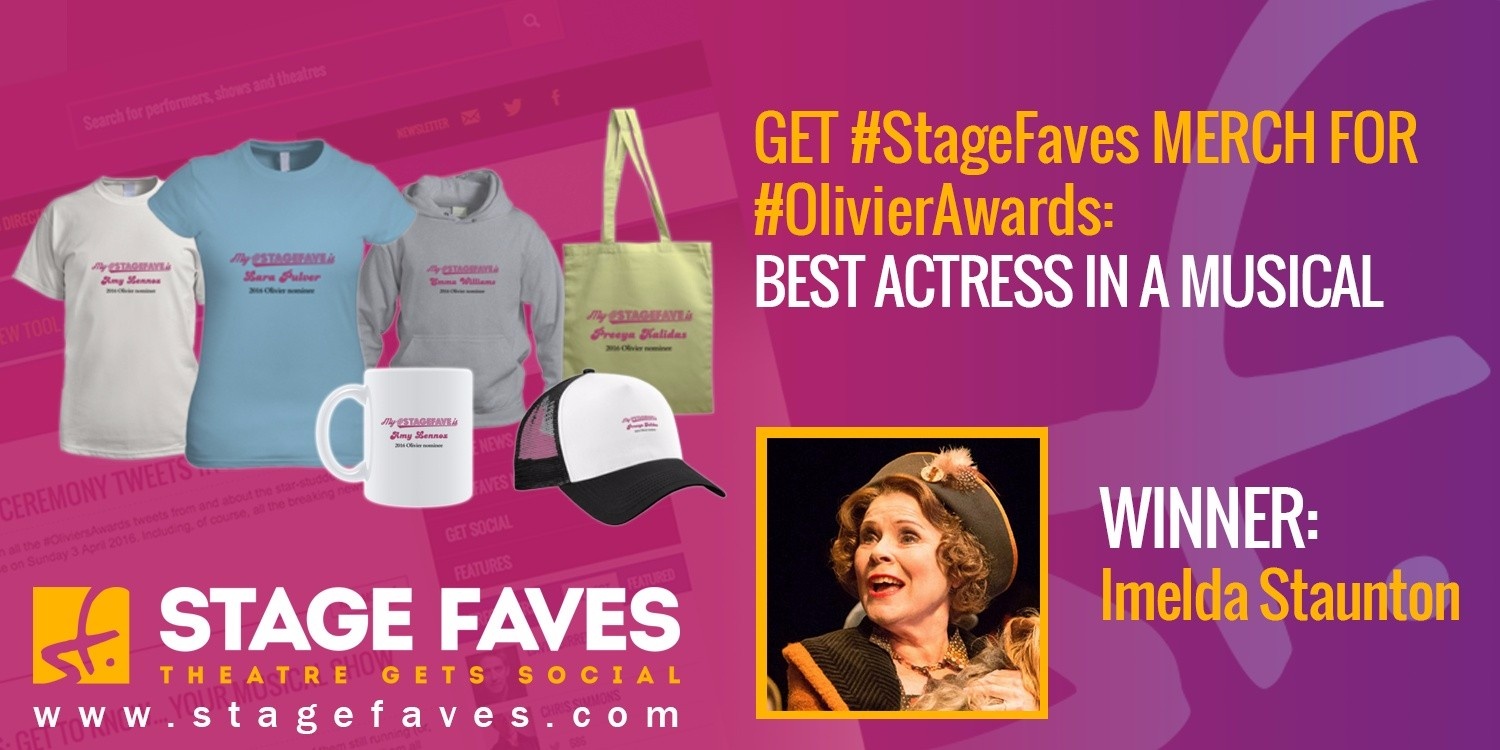 Mad about musicals: #OlivierAwards on #StageFaves
Find blogs here with trivia, shortlists tallies and more for all the musical nominees plus full social media directory information and links to all the 2016 Olivier Awards musical nominees, performers, shows and venues. Plus, celebratory #StageFaves merchandise for this year’s worthy Oliviers winners and nominees. Also, why not try adding them to your own personal “My Faves” dashboard? 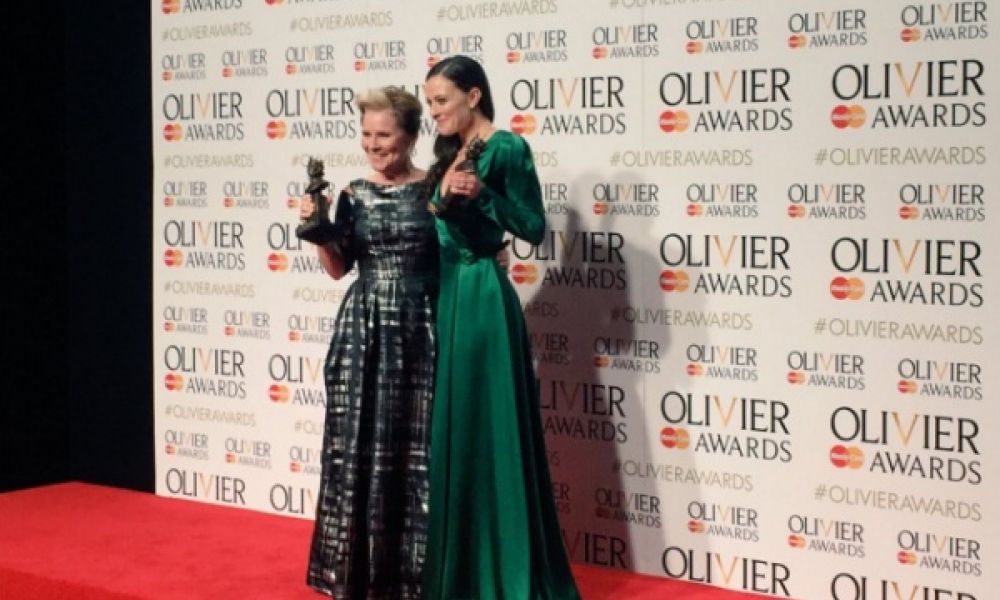 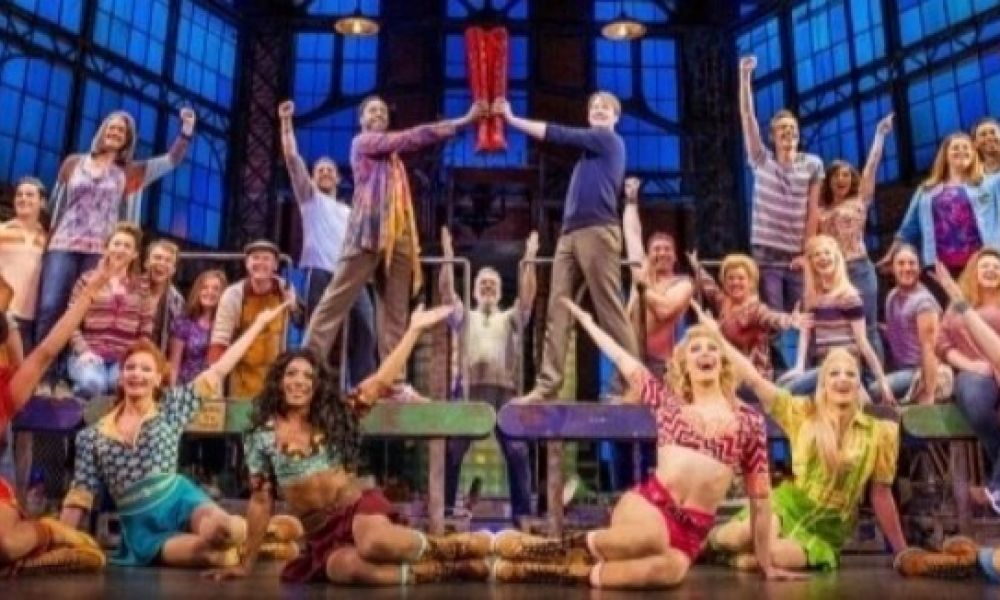 TICKETS: Great offers on 2016 Olivier Award winners & nominees
Many of this year’s Olivier winners abd nominees are still running, so you can still get tickets to see them (or see them again). Even better, we’ve got some incredible ticket offers on several of these award-worthy shows, with savings of up to 43%!