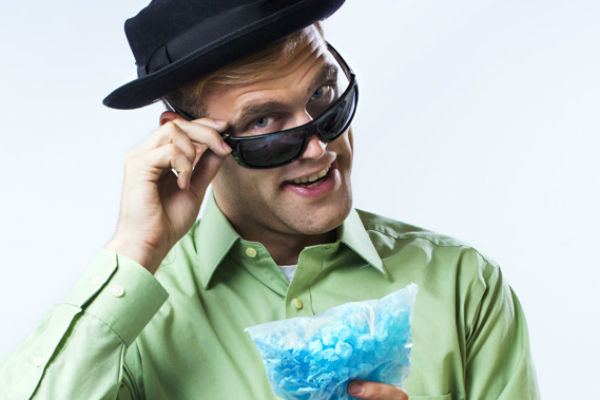 Food poisoning, the infamous “festival flu” or some other strain of (literally) gut-wrenching misery? Whatever it was, I became quite violently ill on the train journey home from Edinburgh yesterday. When we arrived at King’s Cross station in London, my partner Peter had to half-carry me into a taxi to take me home, where I spent an undignified half-hour kneeling at the commode before he bundled me into bed, with bucket by my side.

As I type this, I’m still in bed, feeling delicate. Maybe it’s in fact a new type of bird flu, caused by being separated from my fine-feathered friends at Love Birds Musical? You know, the new Robert J Sherman musical that opened the Pleasance Gala launch at the Edinburgh Fringe the past weekend, and has been collecting five-star reviews like candy over the past few days? 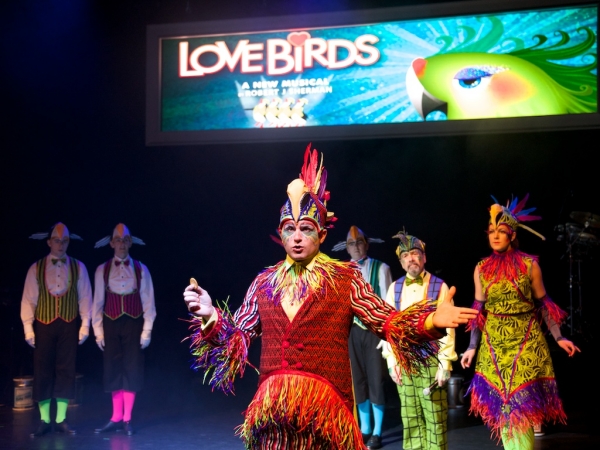 This is the second year that I’ve attended the Edinburgh Fringe as, shall we say, an “embedded journalist”. Last year, I embarked on the “Festival Highlights Challenge”, seeing and helping to promote nine of producer James Seabright’s shows back to back. This year, I was working exclusively on Love Birds for Robbie Sherman and producer Kat Portman.

(When I have more time and a less rummy tummy, I’ll say much more about my production role, which I loved, and which is as much about social media strategy and content marketing as journalism, embedded or otherwise. In the meantime, do check out the huge amount of behind-the-scenes content – including videos, interviews, photo galleries and lots about the Sherman Brothers and the Sherman family legacy that Robbie is continuing – that we’re generating at lovebirdsthemusical.com/news. )

Luckily, this year I did manage to snatch some spare time to catch a few other shows, which I’ve also been tweeting about over the past four days, collected below in my “Edinburgh Diary on Twitter”. 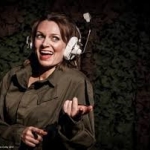 Two great, and highly personal, solo pieces I can recommend are Whiskey Tango Foxtrot (Underbelly Cowgate) and Vagabonds: My Phil Lynott Odyssey (Zoo Southside). In the first, Rebecca Crookshank tells of the shocking sexual harassment she was subject to as a young woman in the Royal Air Force; in the second, Rob Mountford pays homage to his bygone heroes, including the Irish rock star of the show’s title and the older brother who educated Rob on the music of Thin Lizzy (now on my Spotify playlist – thanks, Rob). 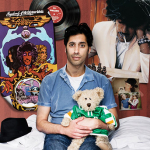 With my political activist hat on, I urge you to see Walking the Tightrope (Underbelly Topside) and, somewhat less serious, stand-up Hal Cruttenden’s Straight Out of Cruttenden (Pleasance Courtyard – in Pleasance Two, the very same venue as Love Birds. Come see the birds mid-day and just stick around!).

Underbelly and Offstage Theatre (under director Cressida Brown) commissioned Walking the Tightrope after its 2014 Fringe offering from Incubator Theatre was cancelled due to anti-Israeli protests. Brown invited playwrights to pen responses to this as well as two other protest-driven art cancellations, Exhibit B at the Barbican and the Jewish Film Festival at the Tricycle Theatre. The result is a provocative hour on “the tension between art and politics”, freedom of expression, and the responsibilities of artists, audiences and (too often too timid) programmers. This is followed by a post-show discussion with the cast, which really does – as with all great post-shows – really keep the conversation going.

How many other opportunities will you have to see new work from leading contemporary playwrights including Caryl Churchill, Timberlake Wertenbaker, Neil LaBute, Mark Ravenhill, Ryan Craig, Gbolahn Obisesan, Nell Leyshon, Tim Fountain and Omar El-Khairy all on the same stage? A major event.

As for Cruttenden, well, apart from being very funny on all manner of topics, he dishes the dirt on a young George (Gideon) Osborne, who he went to school with. Cruttenden went on to become a successful stand-up and member of the Labour Party, Osborne is Chancellor of a Tory Government wielding untold social damage on the most vulnerable sections of society. I know who gets my vote. 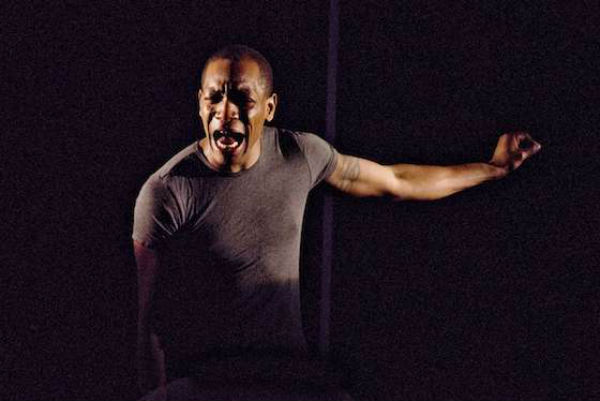 Syrus Lowe in Walking the Tightrope

What else? If you don’t come out of these two shows smiling and feeling more thankful for your lot in life, I don’t want to know you: House of Blakewell’s cabaret act We Can Make You Happy (Assembly George Gardens) and stand-up Jonny Pelham’s Before and After (Pleasance Courtyard).

Blakewell’s bubbly Alice and dour Harry survive musical theatre geekdom and cod self-help psychology with tuneful aplomb, while Pelham keeps himself on his toes and you on yours with his wry observations about his rare medical condition (with a long name I’ve never heard of – only 200 people in the UK have it) that led to him having reconstructive facial surgery as a teen. 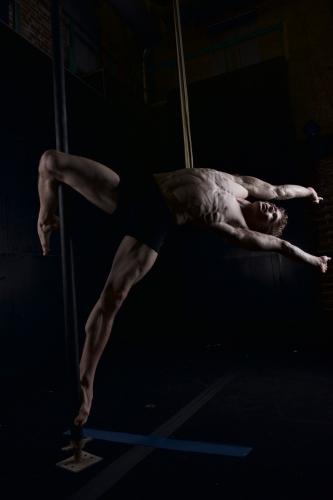 Circa’s Close Up at Udderbelly

Still more? Yes. Having seen one of their previous shows on London’s Southbank, it was good to catch up with Australian troupe Circa with their new show Close Up (Udderbelly). Breathtaking acrobatics are combined with Circa’s signature video and light projection, but also spoken word, music and some intimate revelations: how do high-flying manoeuvres on a Chinese pole make you feel? What do rope burns do to your hands? How does a small-town Aussie teen get into circus? What’s really happening during those scene transitions?

And finally, how can I forget: One Man Breaking Bad (Gilded Balloon)?! Peter and I got hooked on the TV series on Netflix and watched it at a dizzying pace. Having weaned ourselves off after the incredible season five finale (and forbidden ourselves to even sample the Better Call Saul spin-off), relapse is imminent after getting a hit of this unauthorised parody, performed by Miles Allen and directed by Potted Potter co-creator Dan Clarkson. Peter even caught one of the meth goodie bags that Allen tossed into the sell-out audience.

Hey, maybe that explains my illness. The meth was spike with Ricin… Oh no, bitches….