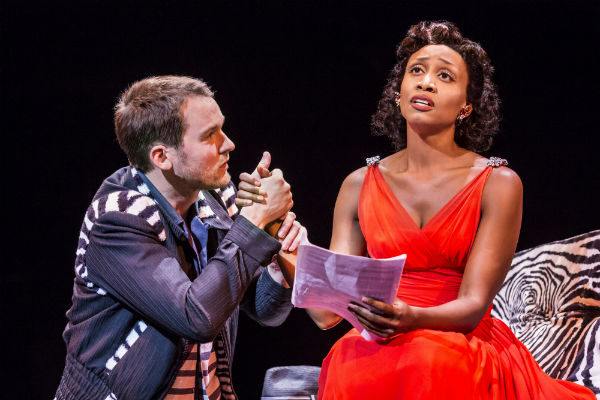 Killian Donnelly and Beverley Knight in Memphis at the Shaftesbury Theatre

In my Theatre Diary last week, I recommended two new musicals – Urinetown and The Scottsboro Boys, both originated in New York and given UK premiere productions Off-West End before transferring in the past few weeks.

Now, I can add two more major new West End musicals to your must-see list, which I had the pleasure of seeing back-to-back. Two standing ovations, two nights in the row, and me there, happily joining in with both. I’m not sure that has ever happened…

Memphis had its Broadway premiere in October 2009 and went on to win four 2010 Tony Awards, including Best Musical and Best Original Score (written by ex-Bon Jovi keyboardist David Bryan). Most of the original creative team – led by director Christopher Ashley and choreographer Serjio Trujillo – have reunited for the West End premiere, but producers have found two sensational London leads for this 1950s-set tuner.

There are limits for dark skinned girls stuck in this light skinned world.

Beverley Knight (who made her West End debut last year taking over from Heather Headley in The Bodyguard) and Killian Donnelly (the Irishman fresh from The Commitments) play, respectively, soul singer Felicia Farrell and Huey Calhoun, the deejay who propels her into the charts and falls in love with her (despite the racial divide) in the process. Both are sensational – Knight, beautifully poised; Donnelly, charmingly kookily charismatic – and equally matched vocal powerhouses.

Okay, some of the story wafts like a mature cheddar and some of the lines land with a redneck thud (“I swear right now/I swear right here/I’m gonna make this poverty disappear), but all that is forgiven when you have such fabulous original music (that sounds authentically in keeping with the period and genre) and exhilarating choreography, delivered with irrepressible energy and panache.

There are standout supporting performances from Rolan Bell as Knight’s protective older brother, Jason Pennycooke as a high-jumping janitor, not-so-timid Tyrone Huntley and Claire Machin, as Huey’s white trash mum who learns to see beyond the colour of her son’s girlfriend’s skin. 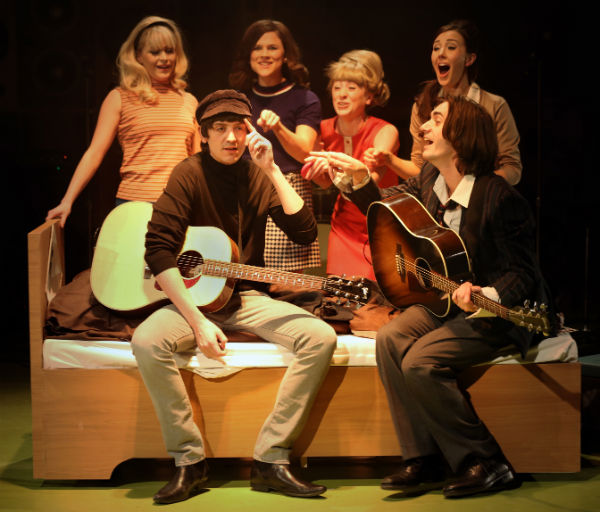 Sunny Afternoon covers a very different period and place of musical history. Set in London in the swinging Sixties, it tells the rocky, early days story of English rock band, The Kinks, set to the music of their countless hits including ‘All Day & All of the Night’, ‘You Really Got Me’, ‘Lola’, ‘Dedicated Follower of Fashion’ and the title song.

But make no mistake: this is no mere tribute concert a la Thriller or Let It Be. Instead The Kinks receive the far more respectful Four Seasons-style stage treatment. Sunny Afternoon is London’s homegrown answer to the Jersey Boys – but much much better.

That’s in large part due to playwright Joe Penhall’s excellent book – which makes dramatic sense of the fraught fraternal relationship between the Kinks’ Ray and Dave Davies, as well as the rest of the band’s squabbles, legal wranglings, backstage antics and hedonistic competition with their contemporaries (lots of sideswipes at the Rolling Stones and The Who).

The trouble with us is that we need each other, we just don’t like each other.

But it’s also thanks to the highly personal storytelling nature of Ray Davies’ original songs, that not only tell his own life’s ups and downs but capture something quintessentially British and, even more specifically, what it is to be a Londoner, from ‘Denmark Street’ to ‘Waterloo Sunset’. This is a show to restore your national pride and revel in nostalia. (In fact, the summer of 1966 set piece alone – with its confetti-coating recreation of World Cup glory and Sunny Afternoon chart success – is enough to do that.)

Amazing performances, too, from John Dagleish and George Maguire as Ray and Dave, and Ned Derrington and Adam Sopp, as the Kinks’ two other original band members, Pete Quaife and Mick Avory. And lots of crowd-rousing fun amongst the suited, booted and mini-skirted ensemble, all of whom sing, dance and play instruments, including Dominic Tighe, Tam Williams, Vincent Leigh, Lillie Flynn, Philip Bird and Elizabeth Hill.

It’s not about the words, it’s about the atmosphere. A feeling of home, London. Lost and found. Alone but together. It’s all about us. The songs are about us, they always have been.

Hampstead artistic director Edward Hall has transferred the show confidently into the West End’s Harold Pinter theatre, where much of the stalls seating has been replaced with a catwalk and cocktail table seating – all of which contributes to the intimate, clubby feel.

Both Memphis and Sunny Afternoon deserve long and prosperous West End runs. I’d happily see both again and again. (Another rarity for me.) Next week, it’s the opening turn for yet-another major new musical in town: the screen-to-stage adaptation of Made in Dagenham starring Gemma Arterton. What a vibrant and exciting time for musical theatre in the West End. Long may it continue.