Musicals (in SE1 1RU) diary: She Loves Me and Muted

Home-Musicals (in SE1 1RU) diary: She Loves Me and Muted

Musicals (in SE1 1RU) diary: She Loves Me and Muted 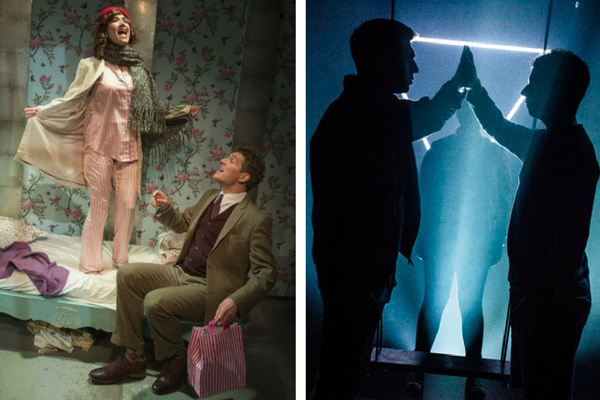 Scarlett Strallen and Mark Umbers in She Loves Me at the Menier Chocolate Factory; David Leopold and Edd Campbell-Bird in Muted at the Bunker Theatre

I have become even more spoilt for choice for theatre on my doorstep with the arrival of my SE1 neighborhood’s newest venue, The Bunker. This subterranean black box is so close to another one of my locals – the Menier Chocolate Factory – that it shares the same full postcode; it’s converted from an underground carpark directly beneath the Menier. Stumble on your way out of the Menier’s restaurant and you can, literally, roll down the ramp through The Bunker’s front door.

Last week, with The Bunker’s third production of its inaugural season, these stacked neighbours also stacked their opening nights, within 48 hours of one another. (Perhaps in future, publicists will become so coordinated that they’ll organise a two-show press day so critics can save on Tube fare for a single journey?)

On this occasion, the two theatres both also happen to be serving up musicals, albeit very different fare. 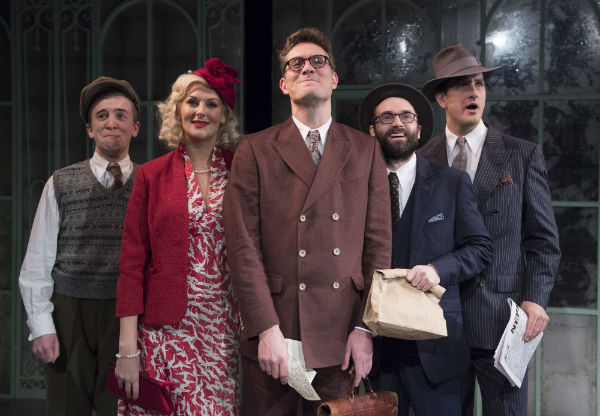 “Upstairs” in the Chocolate Factory, Matthew White’s joyful revival of Sheldon Harnick and Jerry Bock’s 1963 Broadway classic She Loves Me is pure feelgood escapist fun – a ferociously festive (pre Xmas, everyone will relate to the “12 Days of Christmas” shopping panic scene – post-Xmas, everyone will be relieved it’s behind them for another year) antidote to 2016 world affairs fatigue. 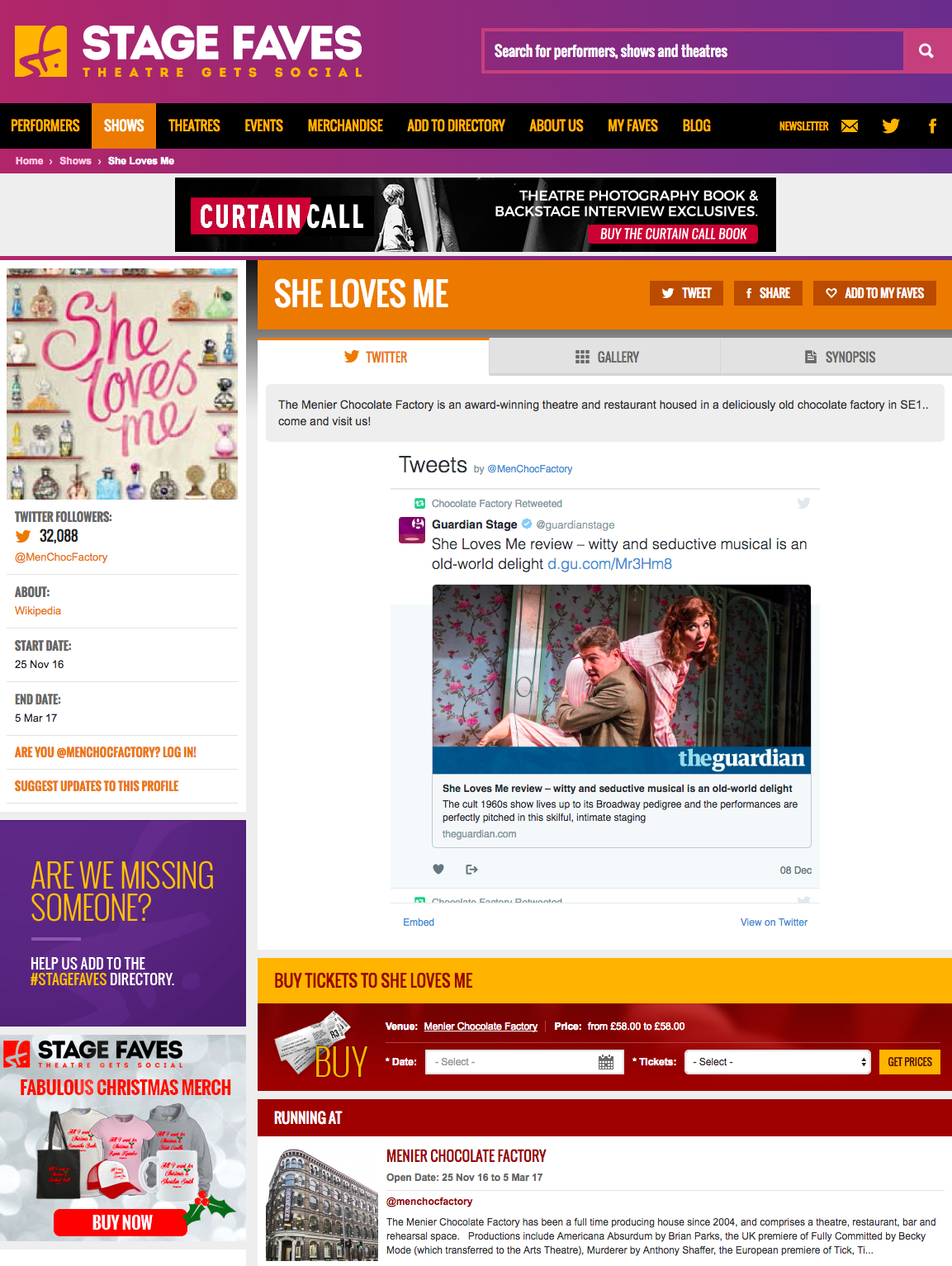 Get all social media (& show pics) for SHE LOVES ME & its cast on www.stagefaves.com

Memorably, She Loves Me last had a major London outing in 1994 at the West End’s Savoy Theatre, when John Gordon Sinclair and Ruthie Henshall starred as Georg and Amalia, squabbling co-workers at a parfumerie in 1930s Budapest who, unwittingly, fall in love with one another as anonymous pen pals.

This time round, the parts are played by Scarlett Strallen and Mark Umbers (every bit as swoonworthy as he was when he melted hearts with his “On the Street Where You Live” serenade as Freddy in the National’s 2001 revival of My Fair Lady).

Others cheering us up in this happy cast include the once-again, scene-stealing Katherine Kingsley as pushover Ilona (Tracie Bennett in the 1994 Savoy production) opposite her real-life husband Dominic Tighe as suave but unfaithful Kodaly, chipper Callumn Howells as aspiring Arpad, Alastair Brookshaw as the agreeable Sipos and Les Dennis as heartbroken shop owner Mr Maraczek.

I reserve my highest praise for Paul Farnsworth’s sumptuous set and costumes, particularly the parfumerie itself with its brightly coloured assortment of bottles – this is exactly what Penhaligon’s the musical would look like. And, to end with a pun: I definitely scent a transfer for this latest Chocolate Factory musical. It’ll give Half a Sixpence a run for its bygone-days money in the West End.

She Loves Me runs at the Menier Chocolate Factory until 5 March 2017. 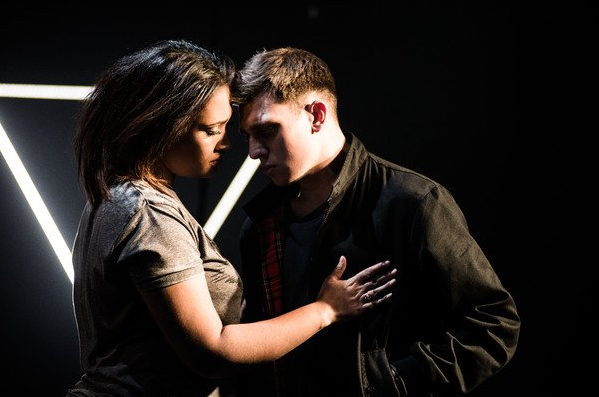 “Downstairs” in The Bunker, new musical Muted is much darker and more modern. Michael was destined to be a rock star as the front man to British band Lost Boy, but then he lost his mum in an accident, lost his voice, lost his girlfriend and lost his way. 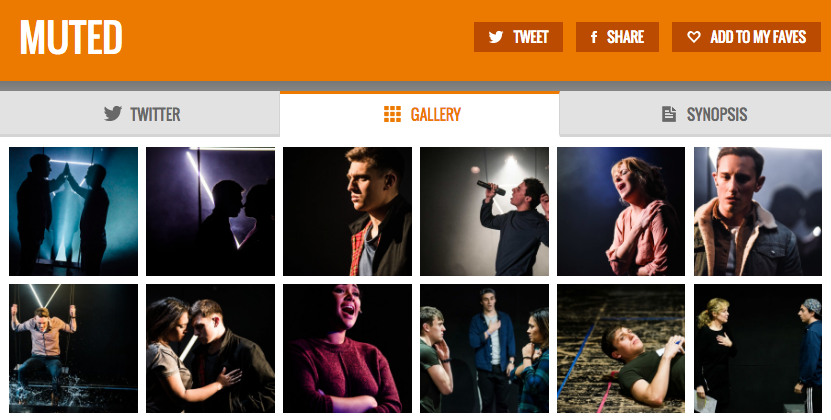 Get all social media (& show pics) for MUTED & its cast on www.stagefaves.com

Years later, the ex along with his one-time best friend, now a couple themselves, try to get Michael to speak again, setting up an intriguing love triangle.

This is the first musical I’ve seen about selective mutism and – like one of the characters in it – what happens to Michael prompted me to gen up via Wikipedia afterwards. As a result, I can now tell you that selective mutism is an anxiety disorder in which a person normally capable of speech remains silent for prolonged periods. It will affect roughly 0.8% of us at some point in our lives… And if you see the show, you’ll learn more about treatments.

As the adult Michael, David Leopold is indeed mute for most of the show – but when he does rediscover his voice, it is worth the wait. In the lead-up to this breakthrough, Edd Campbell-Bird plays his younger self and expresses much of Michael’s inner turmoil through song.

Muted continues at The Bunker until 7 January 2017.