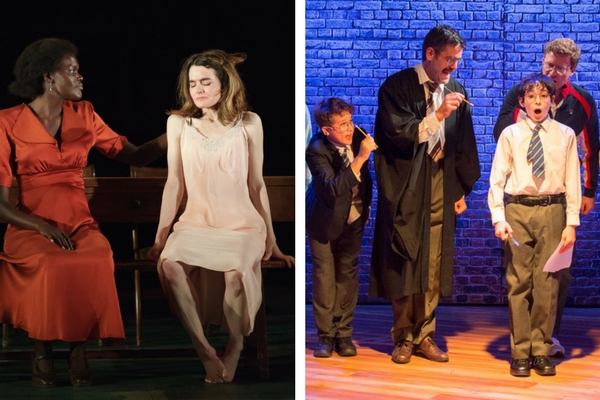 Sheila Atim & Shirley Henderson in Girl from the North Country; Ilan Galkoff and The Diary of Adrian Mole cast

Most of nights last week was devoted to just one play, Preethi Nair’s Sari: The Whole Five Yards, which I’m trying to help find a future life. But I have managed a few memorable evenings over the past fortnight that I can also recommend: Bob Dylan-inspired Girl from the North Country at the Old Vic, page-t0-stage adaptation The Secret Diary of Adrian Mole and Sherman Brothers-infused cabaret A Spoonful of Sherman.

Renowned cabaret venue Live at Zedel (well known to many as Crazy Coqs) is home to A Spoonful of Sherman, which has a strictly limited season until this Sunday 20 August 2017. This beautiful and intimate room, tucked into a corner of grandly Art Deco Brasserie Zedel, invites nostalgia from the moment you traipse down its grand staircase past posters of showbiz stars of yore. A fitting start to an evening spent with the “songbook of your childhood” (depending on your age, I suppose, but definitely my childhood).

I couldn’t help singing along to Sherman Brothers’ classics from Mary Poppins (“Let’s Go Fly a Kite”, my personal, uplifting favourite), The Jungle Book and Chitty Chitty Bang Bang and the Disney theme song “It’s a Small World (After All)”. All of which, after a day of torrential rain and news headlines about nuclear brinkmanship, was terribly soothing. As the Sherman soloists, Helena Blackman and cheeky-chappy Daniel Boys are absolutely adorable together. I hope we can see them cast opposite one another again in future.

A Spoonful of Sherman also provided me with a welcome opportunity to catch up with friends I’ve worked with on other shows mounted by Robert J (“Robbie”) Sherman, son of one-half of the brothers, lyricist Robert B Sherman. Some lovely songs from Robbie’s Love Birds and Bumblescratch were also touched on in the show. 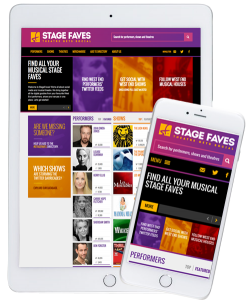 I also got to catch up with Bumblescratch‘s young star Ilan Galkoff at the Menier Chocolate Factory. Ilan is one of three boys taking on the title role in The Secret Diary of Adrian Mole, based on Sue Townsend’s much-loved novel. I’m so glad I caught this show – which also taps into another richly nostalgic period for me, the 1980s – at one of Ilan’s performances. It was clear to me at last summer’s one-off concert performance of Bumblescratch that Ilan is a tremendous talent to watch, and it’s great to see him develop further.

Jake Brunger and Pippa Cleary‘s musical was first in 2015 at the Curve in Leicester, where Townsend’s story about the precocious Adrian is set, and arrives reworked and rejuvenated for this London premiere season, directed by Luke J Sheppard at the Menier Chocolate Factory. For anyone who lives Matilda or Annie, I’d say this sparky family show is a no-brainer addition to your summer theatregoing calendar.

But I must reserve my strongest and loudest recommendation for Girl from the North Country, which knits a Great Depression, American Dust Bowl tale of bank foreclosures and rootlessness around a collection of Bob Dylan songs. I’ve lost count of the number of people my partner Peter and I have urged to see this premiere production since we saw it at the Old Vic.

I said on the night there was only one word for this show, written and directed by Conor McPherson, my favourite living Irish playwright (think The Weir, The Seafarer, Port Authority) and that word was STUNNING. But I quickly tweeted a few others: soulful, mesmerising, haunting, heartrending, spiritual, verging on sacred. And heaps of praise for musical orchestrator Simon Hale for his arresting arrangements of virtually unrecognisable Dylan classics including “Like a Rolling Stone”, and the ensemble cast who perform them with aching melancholy.

A Spoonful of Sherman runs at Live at Zedel until Sunday 20 August 2017.

The Secret Diary of Adrian Mole runs at the Menier Chocolate Factory until 9 September 2017.

Girl from the North Country runs at the Old Vic Theatre until 7 October 2017.