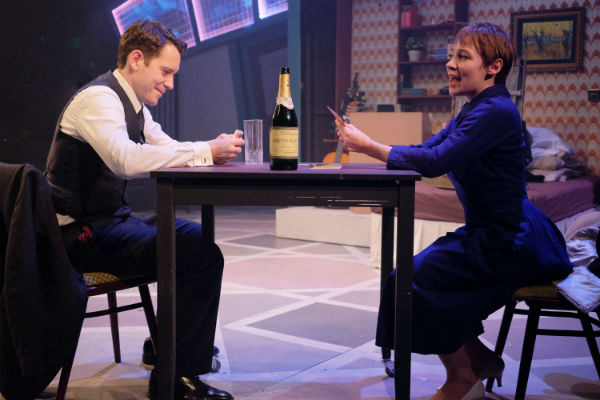 A few thoughts on musical productions I’ve seen recently, with my on-the-night tweet thoughts further below.

Less than a week left to see this rarely seen Broadway musical – the first London production, in fact, since its 1969 West End premiere. I have fond memories of the Oscar-winning 1960 film The Apartment, which starred Jack Lemmon and a young Shirley Maclaine, and upon which the musical is based. But I haven’t watched it in many years and hadn’t quite remembered how appalling the sexual politics of the piece is. 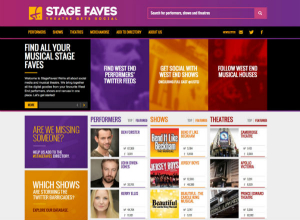 Get all social media for London musicals & their casts on www.stagefaves.com

CC Baxter is a young New York insurance executive who discovers he has a means of getting ahead quickly – a Manhattan bachelor pad where his married bosses can steal a few hours with their mistresses. But when CC falls for falls for one of the mistresses, Fran, he’s torn between advancement and romance.

Director Bronagh Lagan gets round the women-as-playthings cringes by really sending up the bosses as comedy figures and ending where Fran is left, both literally and metaphorically, holding all the cards. The black-and-white film also bursts into full Kodachrome colour care of designer Simon Anthony Wells.

There are lovely performances too from Gabriel Vick and Daisy Maywood as CC and Fran, a scene-stealing comic cameo from Alex Young as a drunken man-eater and rambunctious bosses from the likes of Ralph Bogard and Lee Ormsby. And, if you’re missing the smooth sounds of composer Burt Bacharach since Close to You finished last year, you’ll find sustenance here. 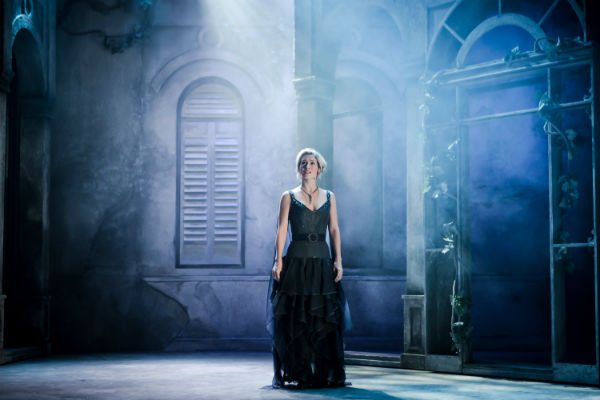 There are some questionable/dated sexual politics on offer in Death Takes a Holiday too. The musical, which has music and lyrics by Maury Yeston and a book by Peter Stone and Thomas Meehan, only premiered in New York in 2011, but it’s based on a 1928 play (which was made into films twice, including 1998’s Meet Joe Black, starring Brad Pitt) and is set in a northern Italian villa just after World War I.

Here, the women are primarily defined by their relationships with men – and willing to die for them. After a weekend mini-break. Hmm…

But, particularly for Valentine’s Day, it is sweepingly romantic, sumptuously staged by Thom Southerland, with set by Morgan Large, and Zoe Doano, as the aristocratic young lady who beguiles the Grim Reaper, is stunning in a series of gorgeous gowns. There’s also spirited turns from Helen Turner and Scarlett Courtney as visiting Americans and from James Gant. This week, Gant leaves his supporting role as a quick-witted valet to take over from Chris Peluso (now joining Sheridan Smith on tour in Funny Girl) as the mysterious leading man. 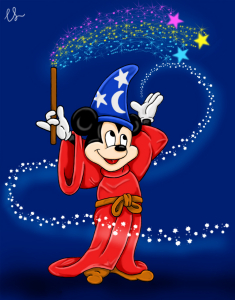 The central female protagonist in this piece fares much better: Eva is the apprentice of the title who ends up ruling a kingdom and putting several less worthy men in their place along the way. The Sorcerer’s Apprentice is loosely on an 18th-century Goethe poem which was also made in the classic 1940 Disney film Fantasia (can you picture Mickey Mouse in a wizard’s hat? that’s the one).

Unfortunately, I can’t recommend that you buy tickets for this new musical by Ben Frost and Richard Hough – at least not now. The concert presentation at the West End’s Ambassadors Theatre – with a cast including Tracie Bennett, Neil McDermott and, as Eva, Naomi Petersen, directed by Ryan McBryde. But I can recommend that you watch out for Seabright Productions‘ plans to develop the piece further.