Having unexpectedly left WhatsOnStage just before Christmas 2013, the shape and pace of my 2014 theatregoing was going to be inevitably different from the previous 16 years. For a time, I wasn’t even sure that legally I could risk being seen at the theatre, let alone an opening night. And, for quite a long time overlapping with that period, I felt as if I’d been abandoned not just by the company I founded but by theatre itself – two entities which, for so much of my life, had been virtually synonymous.

A by-product of loss is that what you truly value becomes crystal clear – and you feel immensely grateful for still having it.

But a silver-lining by-product of loss is that what you truly value becomes crystal clear – and you feel immensely grateful for still having it. Ultimately, rather than put me off theatre, my experience this year has made me need and crave and cherish it all the more.

So today I trawled back through my diary, and was pleased to discover that, despite fear-induced moratoriums, changed job status, restricted funds and being out of the country for more than two of the twelve months, I managed to chalk up 107 shows in 2014.

(Edinburgh-inflated August aside, my busiest months were June and October, during which I saw 15 and 14 productions, respectively. In previous years, this would have been my low monthly average.)

I would like to thank all the producers, publicists, actors, Twitter followers and other friends who continued to make me feel welcome at the theatre

I would like to thank all the producers, publicists, actors, Twitter followers and other friends who continued to make me feel welcome at the theatre and to seek my opinions. Your support has meant more than you will ever know…

From the shows I was lucky enough to see, I’ve drawn up a few Top 10 #theatre2014 lists of my own – Guardian, watch out. Please note, productions on these are listed in alphabetical order, not ranking!

Further down the page, I’ve collated favourites that many of you shared with me on Twitter. Keep your top picks coming on Twitter using the #theatre2014 hashtag to be added to the page – or do it the old-fashioned way by posting User Comments below. 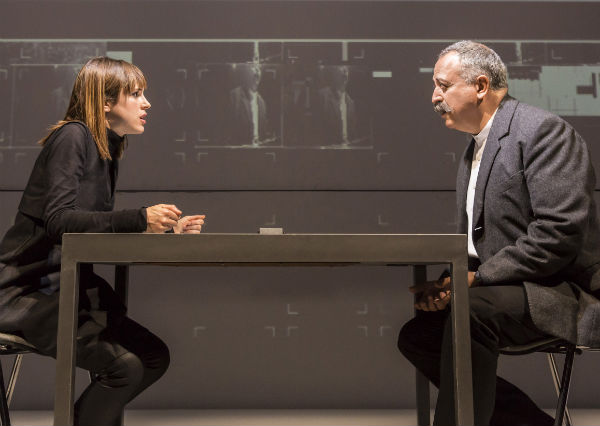 Amanda Hale and Stanley Townsend in Jennifer Haley’s The Nether, at the Royal Court in 2014, transferring this month to the West End’s Duke of York’s Theatre 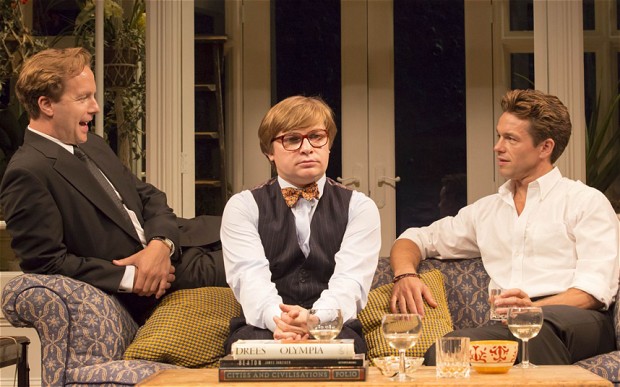 Geoffrey Streatfeild, Jonathan Broadbent and Julian Ovenden in My Night with Reg, at the Donmar Warehouse in 2014, transferring this month to the West End’s Apollo Theatre 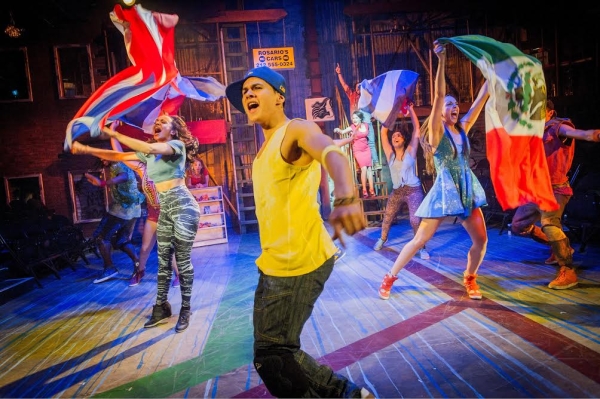 In the Heights at Southwark Playhouse in 2014 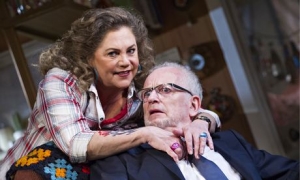 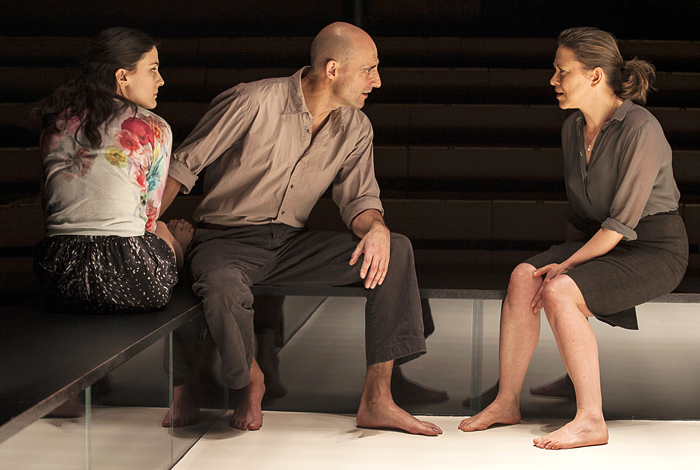 Phoebe Fox, Mark Strong and Nicola Walker, at the Young Vic in 2014, now transferring this month to the West End’s Wyndham’s

I knew at the time I should have seen these ten and, perusing the annual round-ups over the past week has made me mourn those missed opportunities even more. Happily, in the cases of A View from the Bridge (transferring to Wyndham’s in February), Gypsy (transferring to the Savoy in in March) and The Father (transferring to the Tricycle in May), I have concrete second chances in 2015. And with Coriolanus and Skylight, there’s always the chance I could catch an NT Live screening….

So, all I need for second-chance completeness is for someone to organise transfers of the sold-out Assassins and Here Lies Love, revivals of A Human Being Died That Night (along with its original cast, two of my favourite actors, Matthew Marsh and Noma Dumezweni) and a round-trip plane ticket to New York for the Broadway run of Mantel’s two-parter (now running as Wolf Hall Parts 1 and 2).