Makes me wonder: Why isn’t Anna Francolini a household name?

Home-Makes me wonder: Why isn’t Anna Francolini a household name?

Makes me wonder: Why isn’t Anna Francolini a household name? 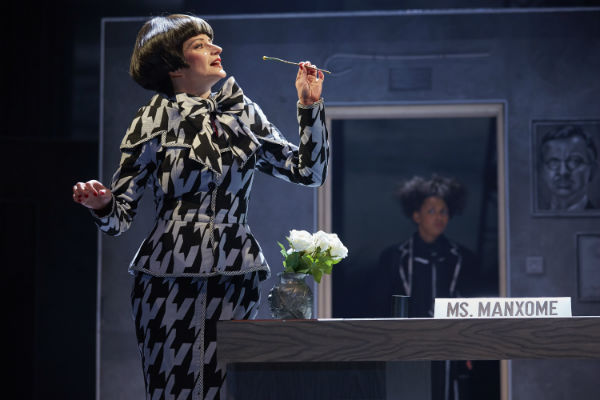 “Who are you?” It’s the only real question, according to wonder.land via Lewis Carroll. But the main question that kept running through my mind while watching the Damon Albarn musical at the National Theatre the other night was: “Who is Anna Francolini?” Or more precisely, why isn’t she a bigger star?

Anna has been performing in London theatre roughly the same amount of time as I’ve been writing about London theatre and, for me, seeing her name on the bill, is always a strong recommendation.

There are many other stalwarts in the NT cast, of course – including Golda Roshuevel, Paul Hilton and Hal Fowler – as well as some promising newcomers, not least Lois Chimimba as the leading young heroine, Aly. 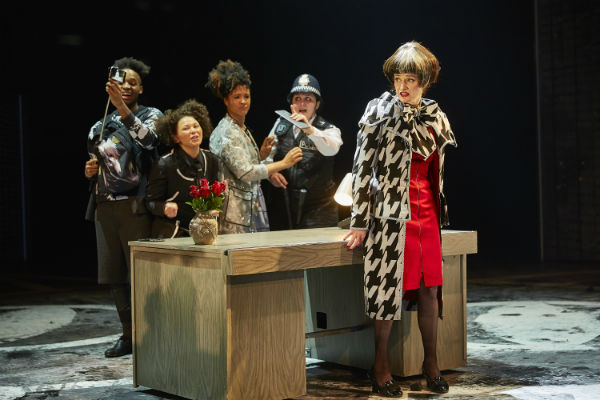 Anna Francolini stills the scene, no matter how many others are on stage, in wonder.land

Anna’s early credits included two Sam Mendes’ productions: Lionel Bart’s Oliver! at the London Palladium and Stephen Sondheim’s Company at the Donmar Warehouse, where in 2001, she also played Gussie in Michael Grandage’s London premiere production of another Sondheim, Merrily We Roll Along (in a cast that also included Daniel Evans, Samantha Spiro and Julian Ovenden).

Company and Merrily were two in a series of shows that have earned Anna the distinction of having appeared in more full Sondheim productions in London than any other British actress. Her other Sondheim credits include the world premiere of Saturday Night, Into the Woods at the Royal Opera House and Assassins at the Menier Chocolate Factory – not to mention countless Sondheim performances in concert. One year, she did me the honour of singing Sondheim at the launch of the WhatsOnStage Awards, when I ran them.

Her many other memorable credits include the UK premieres of Tony Kushner and Jeanine Tesori’s Caroline, or Change (for which she was Olivier nominated) at the National and Adam Guettel’s Floyd Collins at the Bridewell; and two tuners in which she played women who dressed as men, Victor/Victoria at Southwark Playhouse and The Ballad of Little Jo, also at the Bridewell Theatre in its 1990s new musical laboratory heyday. 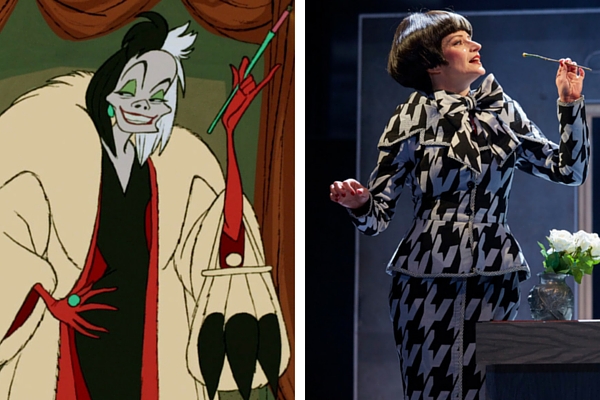 Anna’s next role? Cruela De Vil in a new musical of 101 Dalmations?

Perhaps one of the “problems” with Anna is that she can’t be pigeon-holed as “just” a musical theatre performer. She’s done nearly as many plays as musicals, everything from Shakespeare to Ronald Harwood, Muriel Spark, Michael Frayn and several Alan Ayckbourns.

Ayckbourn for one would relish Anna’s comic flair in her new role. It’s this, as much as how she works her songs, that really marks out her Manxome in wonder.land. And it’s a performance that seems a calling card for future castings. 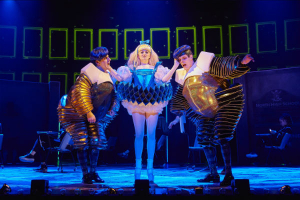 So let’s have it. Someone should commission a stage adaptation of 101 Dalmations and cast Anna as Cruella De Vil or… note to RSC casting department, pile on some padding and give Anna another chance as a woman pretending to be a man (pretending to be a woman) as the next Miss Trunchbull in Matilda or… well, anything. Just keep me happy and keep this actress onstage as much as possible.

By the way, back to questions arising from wonder.land, here’s another: how does Carly Bawden walk in THOSE heels? That is also awe-inspiring.

wonder.land is currently booking at the National’s Olivier Theatre until 30 April 2016.