Limehouse asks both ‘what if?’ and ‘why not now?’ Urgent questions

Home-Limehouse asks both ‘what if?’ and ‘why not now?’ Urgent questions

Limehouse asks both ‘what if?’ and ‘why not now?’ Urgent questions 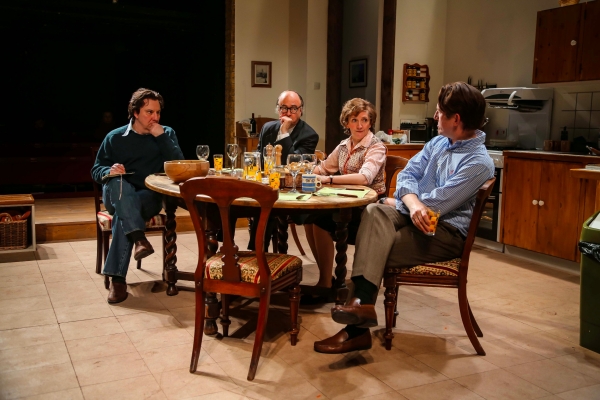 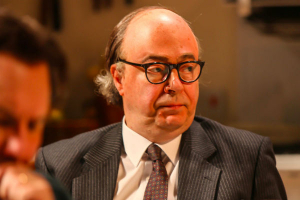 It takes its name from the east London district where the “Gang of Four” – then-Labour politicians Roy Jenkins, Shirley Williams, Bill Rodgers and David Owen (played respectively by Roger Allam, Debra Gillett, Paul Chahidi and Tom Goodman-Hill) – met in 1981 (at Owen’s home) and announced to the press that they were breaking away from Michael Foot’s left-lurching Labour to form the new centre-left Social Democratic Party.

I was not living in the UK in 1981 and the only politics I was involved in then was the middle-school variety (I was 12), but I am well aware of the large shadow that the SDP split still casts over the Labour Party. 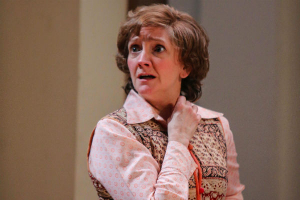 During my relatively brief but intense time as a Labour activist from the 2015 General Election to last September, when I left after Corbyn’s second leadership win, I have heard the “we’ll never make another SDP mistake” countless times from Labour moderates.

The danger, as I have argued and Waters suggests far more compellingly in Limehouse, is that this may be the wrong lesson to have learnt from the (breathtakingly narrow) failure of the SDP to break through the traditional two-party stranglehold on the UK’s first-past-the-post electoral system.

“Labour is fucked!” roars Goodman-Hill’s Owen to open Limehouse. And the next hour and forty minutes watching the Gang of Four debate ideologies, divided loyalties and political contexts, including the hard-left’s anti-EU stance, leave you in no doubt just how relevant the play is to the party’s woeful position today. 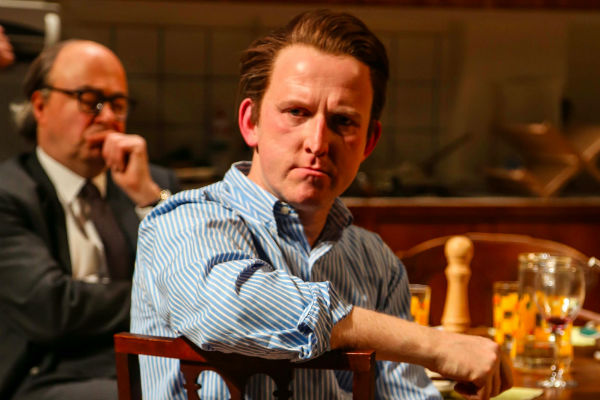 But it’s what comes next that gives you real pause. As the politicians file out, Nathalie Armin, who plays Owen’s American wife Debbie (a Democrat), turns to the audience and brings us back to the present. (Note to self: must get copy of the playscript for this epilogue alone.)

Yes, the SDP failed to win enough seats to sustain itself and eventually merged with the Liberals to form the Liberal Democrats. But what if the more popular Shirley Williams rather than Roy Jenkins had been leader? What if Margaret Thatcher’s popularity had not been swelled by the Falklands War? What if… what if? And as we look around ourselves now, suggests Waters, with the Labour Party on life support, unending Tory rule ahead of us and the hate-driven, populist hard right on the rise, is it not time to ask ‘what if’ again? Why not learn the lessons and do it better now?

“YES!” boomed a man behind me in response – I think he may have been one of the ones also humming along with “Gang of Four” as they nostalgically sang “The Red Flag” before wrenching themselves away from ties to Labour. 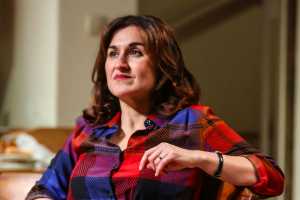 I saw Limehouse at the Donmar Warehouse last night. News this morning shows not just that the parallels live on today but indeed that the urgency for action now is far more acute than it was in 1981.

In addition to the long-term, existential threats posed by a lethal cocktail of Brexit, Trump, Putin and all the populist forces behind them, we have the doomed hard-left populism and toxicity of Corbyn and Jon Lansman, founder of Momentum (who I’ve personally had run-ins with before at my Constituency Labour Party).

The Observer this morning breaks the story of Momentum’s far-reaching plan, as laid out in a recorded speech made by Lansman, to seize permanent control of the Labour Party (something that should have been obvious to anyone involved in Labour politics over the past two years), including formally joining forces formally unite to rig the party forever in favour of left-wing leaders. 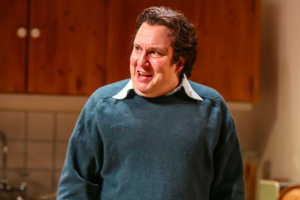 I’m afraid I don’t care any more about Momentum, Lansman or the Labour Party. As one of the characters says in the play, from my perspective, Labour (under Corbyn and the infrastructure that both gave birth to his leadership and prevented the Parliamentary Labour Party from getting rid of said failed leadership after an overwhelming vote of no-confidence) is “over, the only question is what to put in its place”.

My own remedy would involve gathering all Labour moderate, Liberal Democrat and Green MPs, councillors and constituency chairs – along with the likes of Tony Blair and, across the aisle, John Major, Anna Soubry, Dominic Grieve, Heidi Allen and other progressive, pro-European Conservatives – into a conference hall, forcing them to watch Limehouse and not allowing them to come out until they had formed some new centre-ground alliance that would finally consign the current two-party mess to the bin of history.

The perils of the day demand that we have more politicians like Williams, Jenkins, Owen and Rogers with the courage of their convictions not only to ask what if but then to take action even if it risks failure and career suicide.

In the meantime, after umming and ahhing and struggling with my own divided loyalties to my own excellent Labour MP, I have myself acted on Limehouse’s rallying call by joining the Lib Dems this morning.

Limehouse is at London’s Donmar Warehouse until 15 April 2017. The run is now sold out – hope for a transfer and/or NT Live screening – but check for returns.