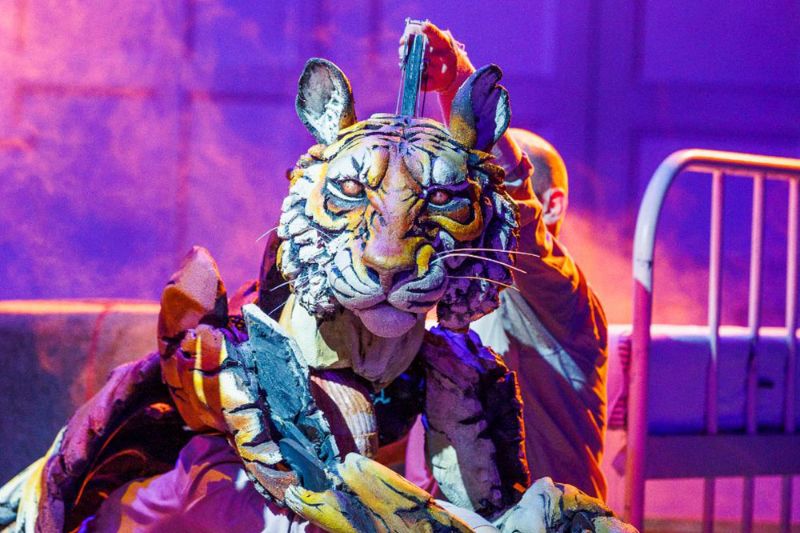 Life of Pi in the West End. © Ellie Kurtz

Not long left to catch Life of Pi in the West End. If you possibly can, I recommend you beg, borrow or steal to get one of the last remaining tickets – or plan ahead now for the five-time Olivier Award-winning play’s 2023/24 tour.

When I saw Lolita Chakrabarti’s adaptation recently at Wyndham’s Theatre, I took a fifty-something friend who could count on one hand his significant stage outings to date.

I couldn’t decide which was more captivating: the colourful displays onstage or watching his responses to them. He sat wide-eyed, open-mouthed throughout the evening, regularly nudging me to exclaim – in a whisper – “this is brilliant!”

Just like a little kid. It made me wish we had also been accompanied by an actual little kid going to the theatre for the very first time. To be able to witness the moment a lifelong passion is born.

What makes Life of Pi so special?

Yann Martel’s Booker Prize-winning 2001 novel – the tale of a shipwrecked Indian boy (Pi) who survives 227 days in a lifeboat with the help of a Bengal tiger named Richard Parker from his father’s zoo – is obviously rich source material, which also inspired Ang Lee’s Oscar-nominated 2012 film.

But big-screen special effects are outshone in this stage adaptation by the sensory pleasures of Finn “War Horse” Caldwell’s puppetry and movement – bringing all the creatures of the zoo and ocean to life – in combination with Tim Hatley’s design, Andrzej Goulding’s video projection, Tim Lutkin’s lighting and Carolyn Downing’s sound, under Max Webster’s direction. For me, the storm and shipwreck scene were particularly impactful.

And the philosophical questions raised by Pi’s near-death experience – Are we all just beasts at our core? How strong is our survival instinct? What is real? Why do we tell ourselves story? – are ones you will continue to ask yourself long after curtain-down.

Final tip: For the best views of the stage magic, sit in the circle.

Life of Pi continues at London’s Wyndham’s Theatre until 15 January 2023. The UK and Ireland tour opens on 29 August 2023 at the Lyceum Theatre, Sheffield. 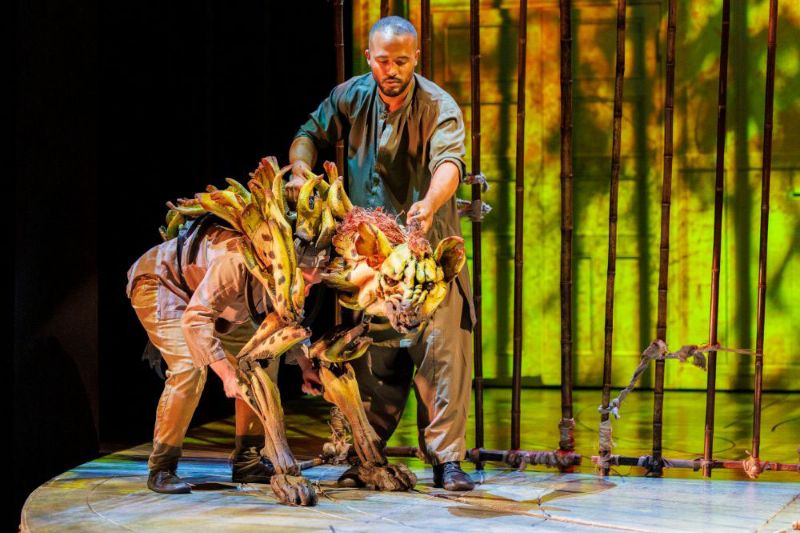 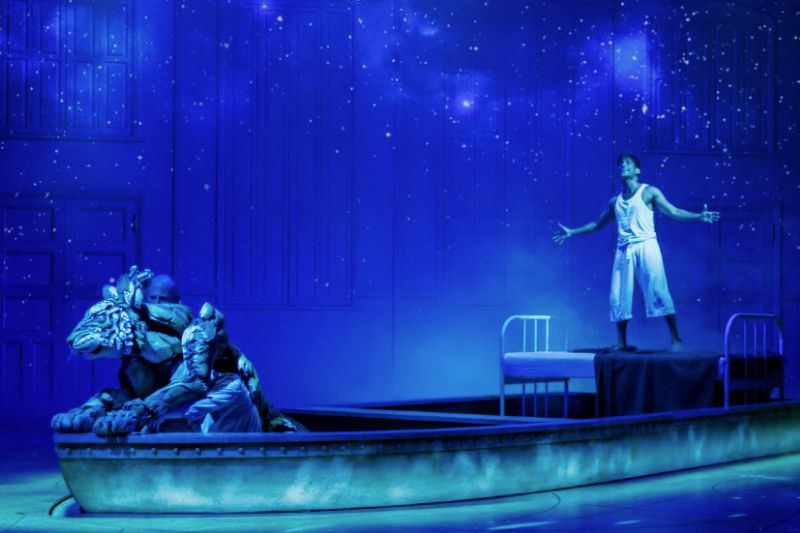 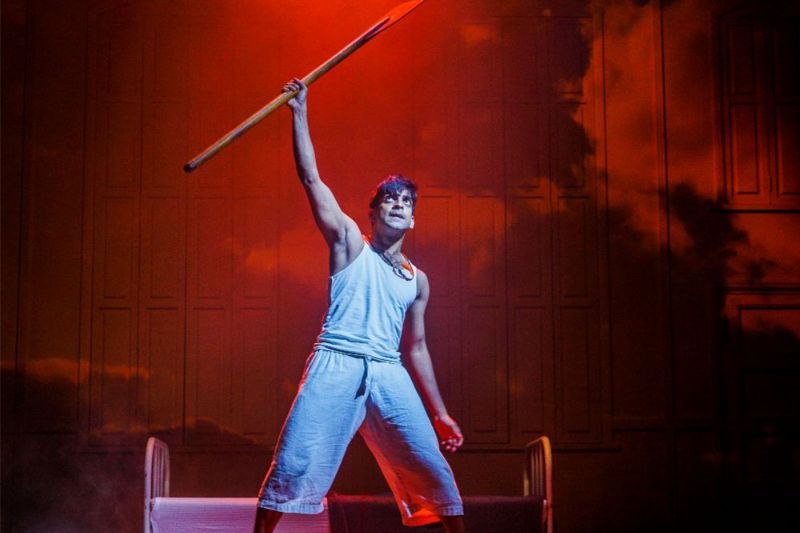 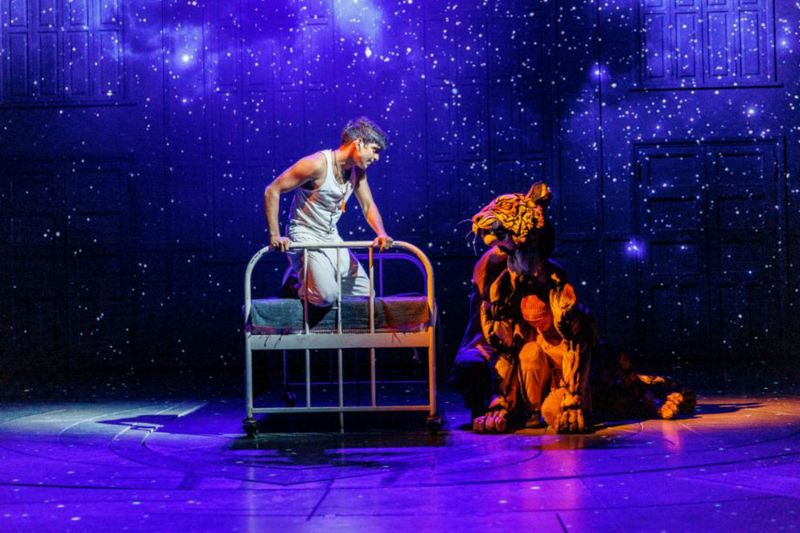 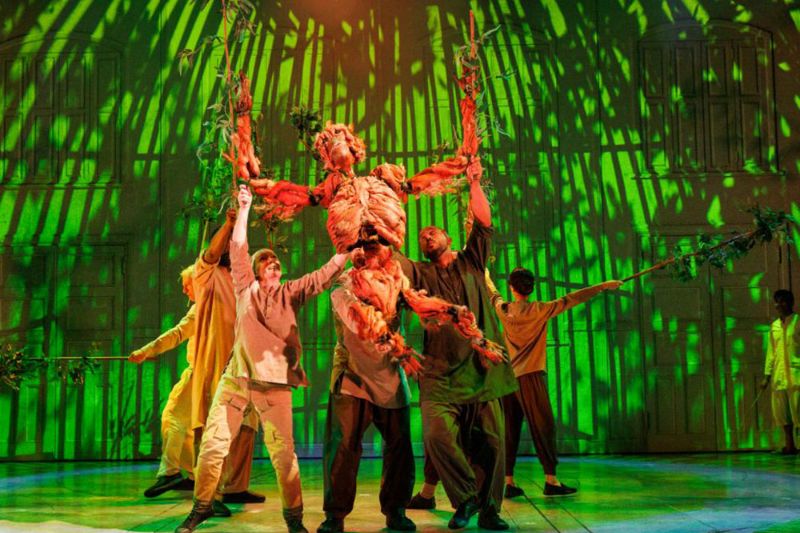 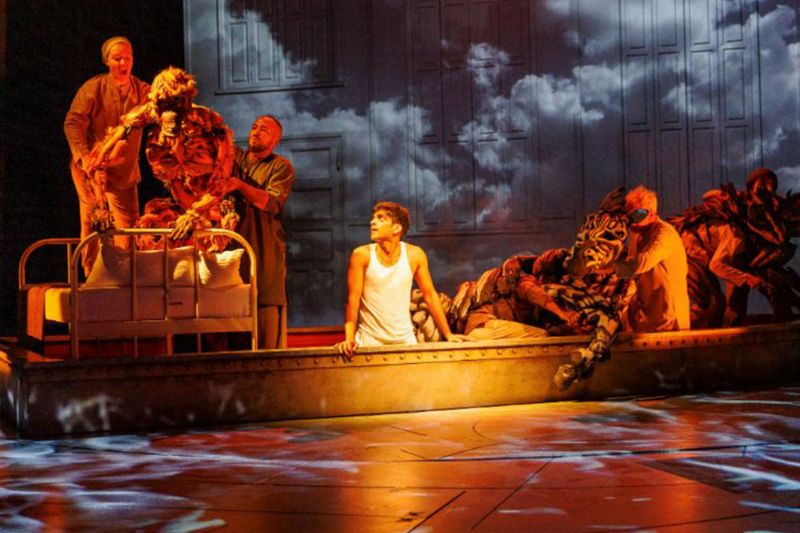