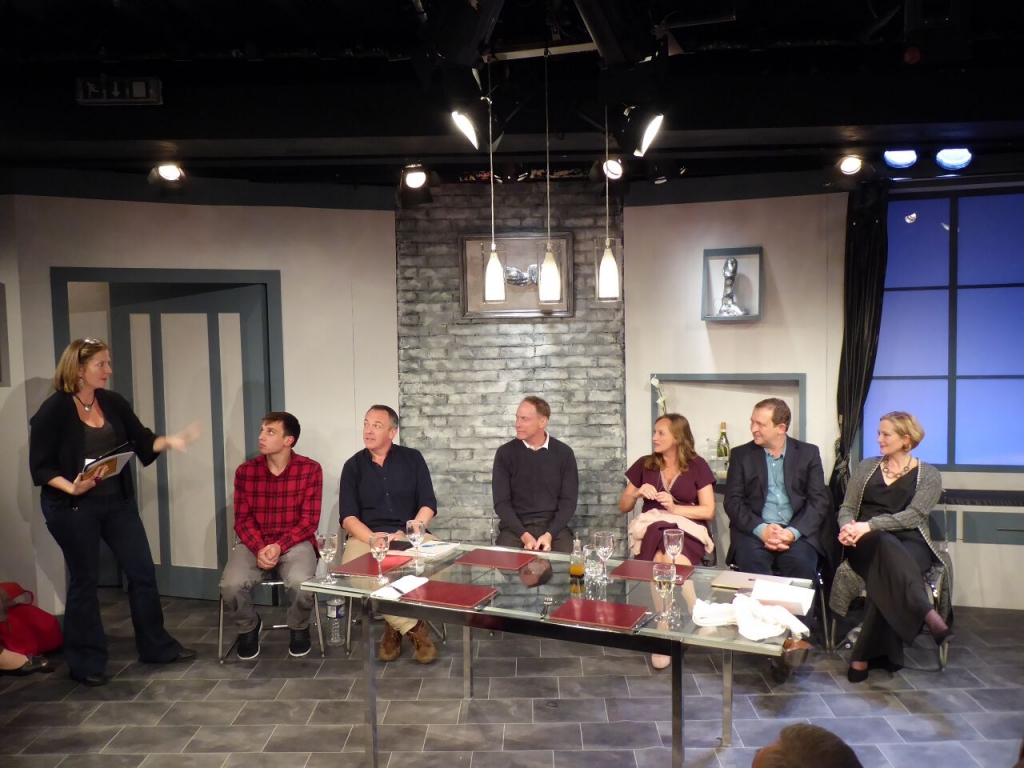 Having heard so many of My Theatre Mates raving about Late Company following its European premiere earlier this year at the Finborough, I was really looking forward to seeing it at Trafalgar Studios. And yet, I still came under-prepared: I didn’t bring enough tissues. It’s not giving away too many spoilers to say that, if you’re anything like me – and many many others in the audience last night – you’ll spend a good portion of the 75 minutes’ running time in tears.

In a Canadian suburb, a politician and his wife, Michael and Deborah Shaun-Hastings (Todd Boyce and Lucy Robinson), are still reeling a year after their teenage son Joel has committed suicide after being cyber-bullied for being gay. In an attempt to “move on”, they invite his chief tormentor, Curtis (David Leopold), and his parents Bill and Tamara (Alex Lowe and Lisa Stevenson), to a dinner party. But far from finding the peace they seek, the dinner strips bare their good intentions to reveal layers of parental, sexual, and political hypocrisy.

Late Company is the debut play from award-winning Canadian playwright Jordan Tannahill, who wrote it when he was just 23 after one of his own school friends committed suicide in similar circumstances. The real-life tragedy sparked a national conversation about bullying and homophobia in Canada.

Last night, after the play’s devastating but, potentially hopeful, ending, we all wiped away our tears for a frank and revealing post-show discussion with the cast, as well as director Michael Yale (with interjections from Stage Traffic producer Eilene Davidson).

Why has the Campaign Against Living Miserably (CALM) got involved with the play? Why did the director choose not to relocate the play to the UK? How have the actors visualised the absent but ever-present Joel and their characters’ relationships with him? Have their views on parenting changed during the production? Did they explore the sexuality of the bully Curtis? Are all bullies victims as well? And, on a lighter note, how do they deal with food challenges during the dinner party? 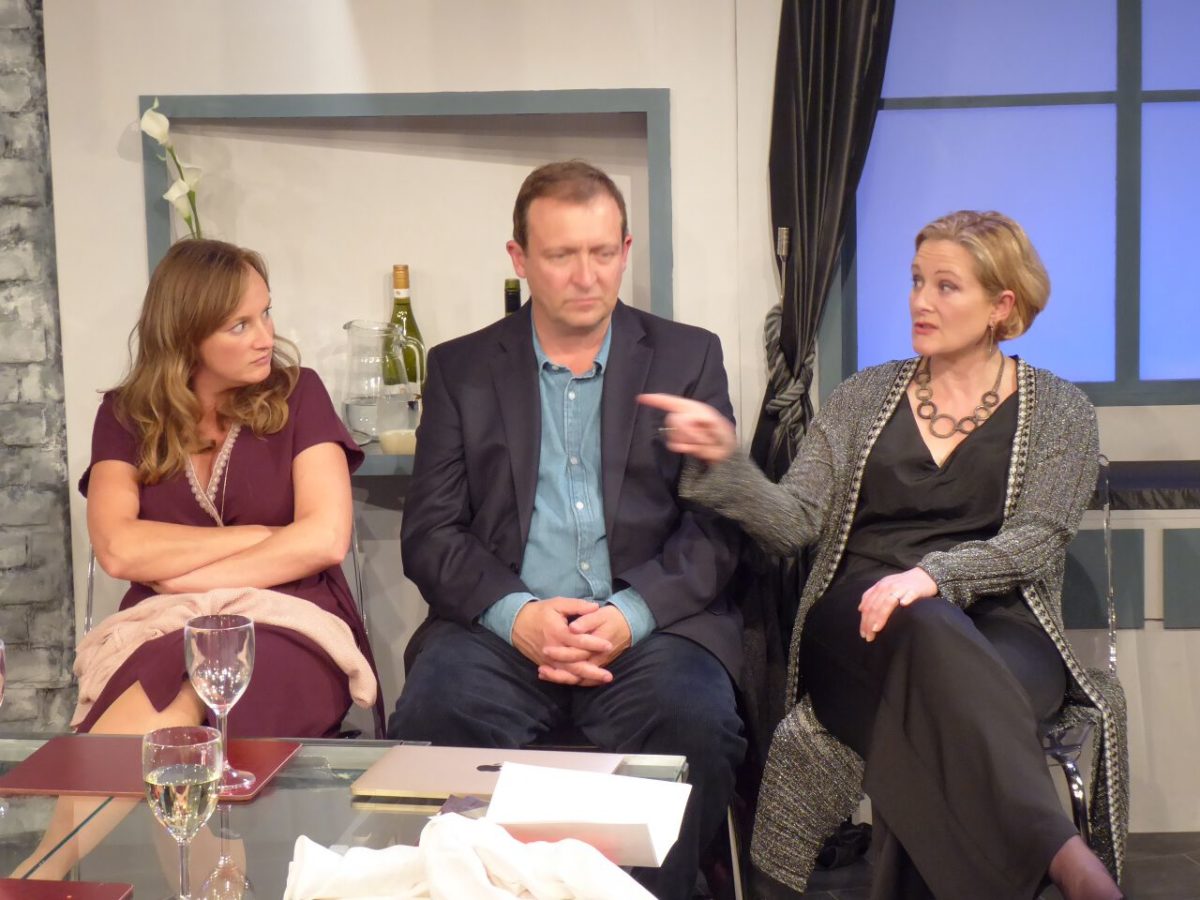 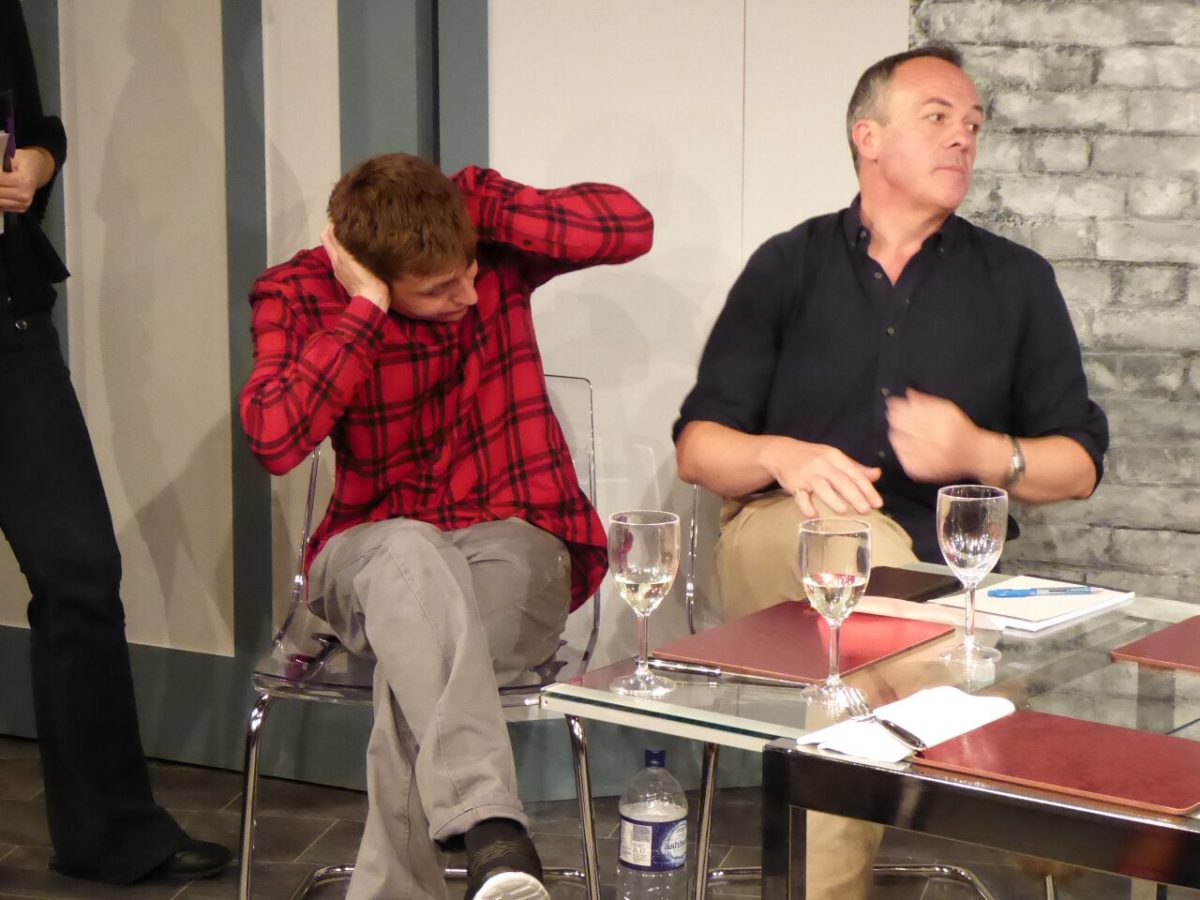 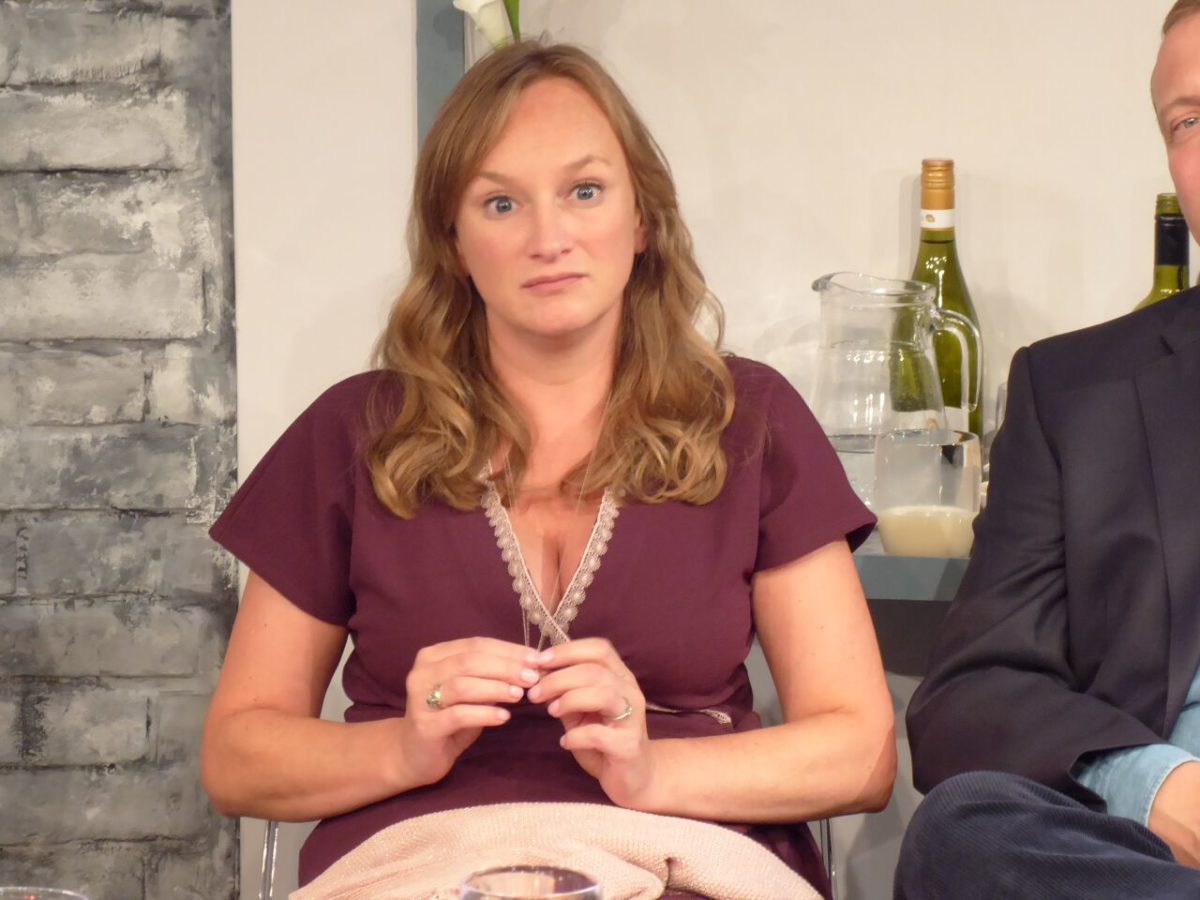