10 couples over 16 years: Looking back on The Last Five Years in photos

Home-Past Events – 10 couples over 16 years: Looking back on The Last Five Years in photos

10 couples over 16 years: Looking back on The Last Five Years in photos 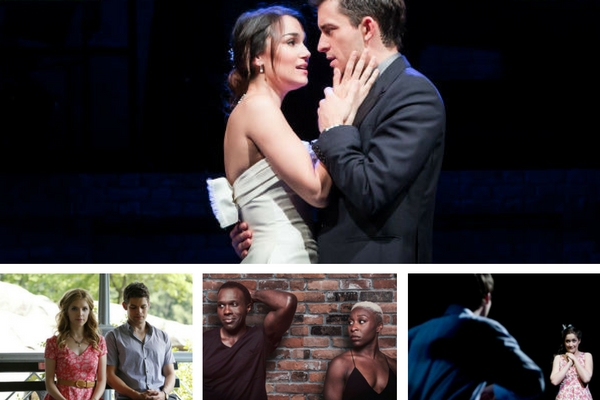 Loves lost again and again: Some of the couples who’ve performed The Last Five Years

Update: Since first tweeting this morning, the response to this piece has been fantastic, and I’ve been alerted to more pairings. I’ve added one into the main list (taking my original 9 to 10) and am trying to include all others in the tweet list below as they come in. Tweet me @TerriPaddock if you think of any others!

As I prepared to head to the St James Theatre last night to catch Jason Robert Brown‘s own production of his painfully semi-autobiographical two-hander The Last Five Years, I sent out a quick tweet remembering the original London production at the Menier Chocolate Factory. Which was in 2006. 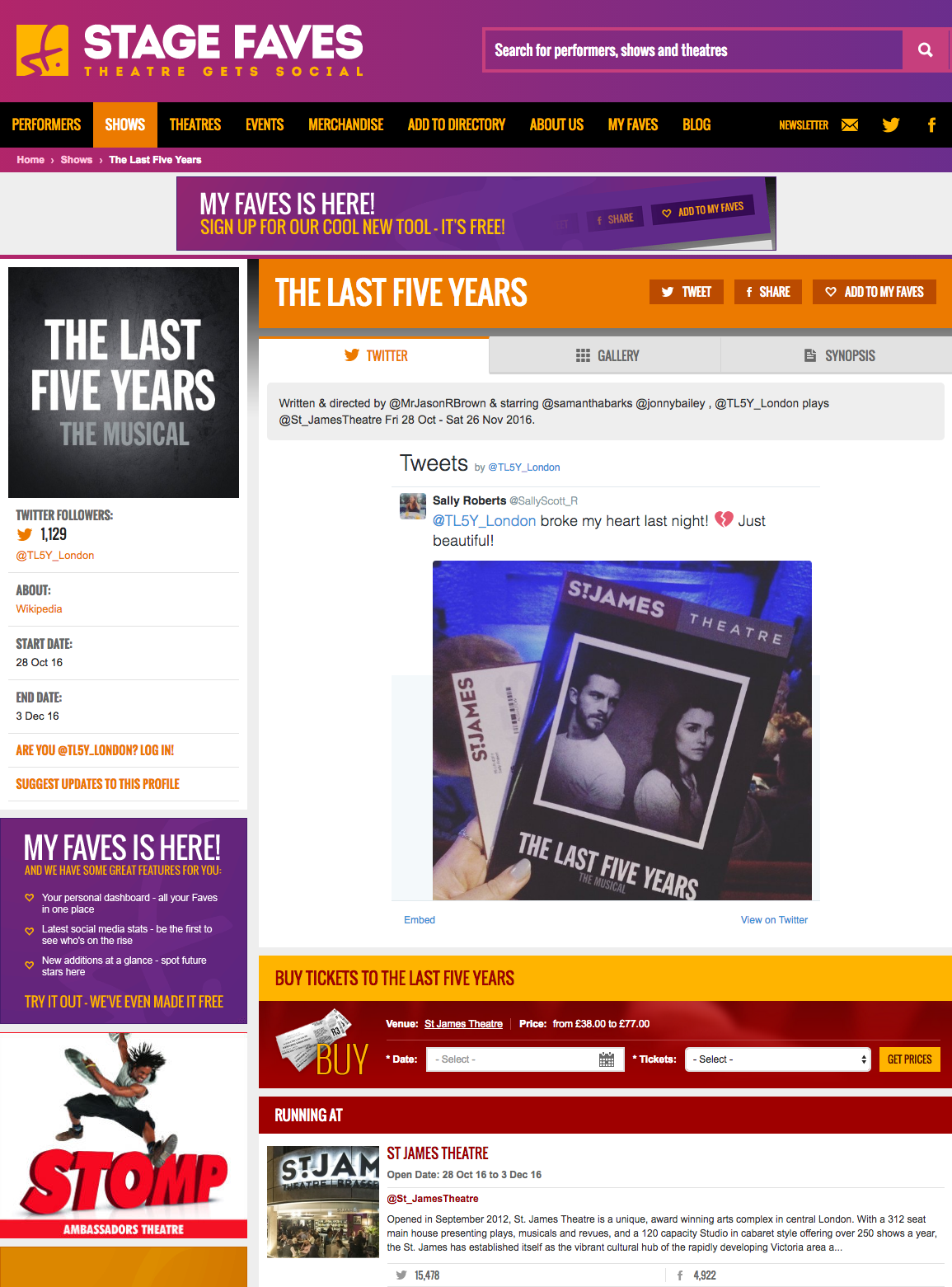 Get all social media for The Last Five Years & its stars on www.stagefaves.com

‘Was that really ten years ago?!’ was the gist of several replies, including Lara Pulver, who starred at the Chocolate Factory, with Damian Humbley. Actually, it was MORE than ten years ago – July 2006. Never mind five years, how did these last ten years disappear so quickly? (A consolation: it’s good to know I’m not the only one bowled over by the quickening passage of time.)

At the St James – where, ahead of opening, booking was extended by a week to meet box office demand – it’s the turn of Samantha Barks and Jonathan Bailey to play Cathy and Jamie, who fall in and out of love over the course of five years – told forwards for him and backwards for her – during their twenties in 1990s New York. (Scroll down for my tweet thoughts on their performances.)

But they are just the latest in a line of musically exquisite, broken-hearted couples to tackle Jason Robert Brown’s song cycle. Here’s a little pictorial timeline of some of the transatlantic pairings you may recognise.

Hot on the heels of her Tony Award, Brit-born Cynthia Erivo found time from her schedule in The Color Purple on Broadway to appear in a concert version of The Last Five Years with Hamilton star Joshua Henry. Also directed (and conducted) by Jason Robert Brown, it was a sell-out at New York’s Town Hall this past September.

West End regulars Fra Fee and Amy Lennox starred in The Last Five Years‘ Irish premiere, which was directed by Stephen Whitson and ran at Belfast’s Lyric Theatre in 2015.

Anna Kendrick and Jeremy Jordan starred in the 2014 film adaptation of The Last Five Years, which was adapted and directed by Richard LaGravenese. The film extended the two-hander into a fully populated story, while retaining the counter-chronological structure of couple’s points of view.

Also in 2014, back on UK shores, Jon Robyns and Danielle Hope starred in a much-talked-about (but, frankly, not seen-enough) fringe production of The Last Five Years, which was directed by Katie Pesskin and ran at Greenwich Theatre and The Warren, Brighton.

Jason Robert Brown’s staging of The Last Five Years now being revived at the St James Theatre was first seen in a record-breaking Off-Broadway run at New York’s Second Stage Theatre in 2013, when Adam Kantor and Betsy Wolfe played the roles of Jamie and Cathy.

As part of the Notes from New York series, Paul Spicer and Julie Atherton had a brief West End run of The Last Five Years in 2009 at the Duchess Theatre, where Jason Robert Brown’s two-hander was paired with Jonathan Larson’s similarly semi-autobiographical tick tick BOOM! (which is revived next year at the Park Theatre).

The Last Five Years received its UK premiere in 2006 at London’s Menier Chocolate Factory, where Damian Humbley and Lara Pulver starred. The production was directed by Matthew White.

Writing in The Stage, Mark Shenton said in his review:

“Exquisitely staged on a revolve that keeps it physically in motion throughout, the churning emotions of its songs are powerfully projected by two fine musical actors Lara Pulver and Damian Humbley who bring heart as well as great art to it.”

The Last Five Years had its New York premiere Off-Broadway at the Minetta Lane Theatre, where Norbert Leo Butz and Sherie Rene Scott starred. It won the Drama Desk Award for music and lyrics. Butz was reprising his role…

And last but not least, back to the beginning… The Last Five Years had its world premiere in 2001 at the Northlight Theatre in Skokie, Illinois in the US. The roles of Jamie and Cathy were originated by Norbert Leo Butz and Lauren Kennedy.