I’ve just been accepted into a club I’ve been looking for all my life: The Labour Party

Home-I’ve just been accepted into a club I’ve been looking for all my life: The Labour Party

I’ve just been accepted into a club I’ve been looking for all my life: The Labour Party 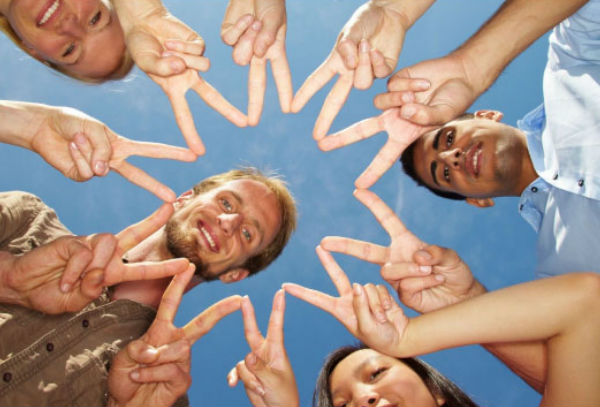 “By the strength of our common endeavour we achieve more than we achieve alone”: meeting others who believe this was life-changing for me

I had a life-changing moment on Thursday night. I showed up to an event where I didn’t know anyone and discovered it was exactly where I belonged.

Relationships aside, I’ve had this powerful an epiphany of self-realisation only twice before in my life. The first was when I came to the UK as a student and it quickly dawned on me that I felt more at home here than I felt in the country where I was born and raised for the first 21 years of my life. The second was when I started working in theatre – running WhatsOnStage.com – and I came to understand the difference between a job and a calling.

And this third life-changer on Thursday? I attended my first Labour Party meeting as a new member.

Look, it’s fair to say that I’ve always been fairly left-of-centre, in a fuzzy liberal-minded kind of way – ever since I formed my own adult identity as separate to what I inherited as the daughter of an Army colonel in an American middle-class family.

And I have always, always exercised my right to vote – indeed, wanting to have a say in my adopted homeland was the main reason I became a British citizen as opposed to a resident with ‘indefinite leave to remain’. (Yes, UKippers, if any of you are reading, I am one of these wily immigrants, though I’ve never claimed any benefits, even when I was – by legal necessity – out of work for six months last year.)

I never did much more than that, though. Well, that and complain about the Tories, sign occasional petitions, march against the war and austerity, make regular donations to the National Health Action Party and the Electoral Reform Society, and report on and fret over arts funding.

Things that make me angry

True, some of my anger has been born of personal circumstance. Having been caught up in the Employment Tribunal system for 19 months and counting, I have experienced first hand how very stacked against the individual “the System” is – in my case, the justice system – and how deep austerity cuts are making access to our fundamental rights, like justice, more impossible still.

Basic, outdated processes are grinding to a halt; government departments are fire-fighting not functioning; so-called efficiencies (a budgetary euphemism for axing jobs and services, from what I can tell) are resulting in anything but greater efficiency. And they certainly are not in the interests of the vast majority of taxpayers. 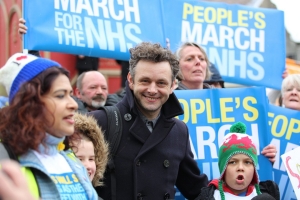 Far beyond my own recent challenges, beyond anything that has or (touch wood) is likely to affect me personally in the near future, this insight has also made me angrier and angrier about, for starters: the perilous state of the NHS, the dismantlement of legal aid, the ever-widening chasm of wealth inequality, the aggressive attacks on the BBC, the hobbling of the unions, the potential secession of Scotland, the threat to our Human Rights Bill, the tax avoidance of global corporations, the fact that the banks seem to be getting more brazen than ever with a Chancellor happy to dance to their tune and, in the reporting (or lack) of all of the above and more, the mind-blowing bias of a largely right-wing press… My list goes on.

On Friday 8 May, as the reality of the General Election results sank in – not just another five years of Coalition but a full-fledged Tory Government which bleats at every opportunity that they now have “the mandate of the British public” to introduce some new egregious legislation – my anger reached boiling point.

We are the problem and can be part of the solution

And, what’s more, I realised that I was part of the problem. For not being better informed, for not getting more involved, for not shouting like billy-o when this Government tries to pull the wool over the public’s eyes: “No! Not in my name!”

I am not naïve. I know that no political party is perfect and, at this particular moment in time, the Labour Party is going through something of an existential crisis. But if I just sit back and bemoan that too, that is hardly helpful. I want to try to be part of a positive change.

As you can tell, my anger has been fully ignited. It’s with tremendous relief that I can report that I’ve now found the touch paper for my hope as well. Thursday was the first meeting I attended of my Constituency Labour Party (Bermondsey and Old Southwark), and it was a revelation. A room full of people passionate, informed, committed, and ready and willing to discuss and actively defend things that matter – including many of those on my list above. It was refreshing, exhilarating and quite unlike anything I’d encountered before.

The main agenda item for this particular meeting was for our CLP to make our nominations for the party’s new Leader and Deputy Leader, as well as our new London Assembly candidate. The voting for each was preceded by an open floor for ordinary grass-roots members of the party to stand up and make their case for why they thought we should all (about 80 constituency party members in the room) give our backing to one candidate or another. 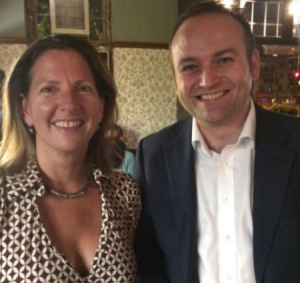 Me with my new local Labour MP, Neil Coyle

In the end, after an alternative vote secret ballot (that’s one in which we could rank each of the candidates in order of our preference), the Bermondsey and Old Southwark CLP nominations went to Liz Kendall for Leader and Tom Watson for Deputy Leader.

Nomination doesn’t equate to votes, by the way (I say this for the benefit of those of you who, like me, may not be terribly au fait with political party rigmarole); it’s really more of an endorsement and the results were far from unanimous in our case. We – and all other party members – will vote individually by postal ballot in August. (I’m still deciding.)

By the time the meeting drew to a close, I found I had volunteered to be a CLP delegate to the special conference on 12 September to hear the results of the Leadership vote, and to advise on social media strategy for the CLP (which, by the way, is @BOSLabour on Twitter).

I was part of the problem. For not being better informed, for not getting more involved, for not shouting like billy-o when the government tries to pull the wool over the public’s eyes: “No! Not in my name!”

Afterwards, many of us decamped to the local pub and the debates, planning and history lessons continued. (I met someone who used to work for Tony Benn – I felt a little starstruck.) Will we, through the “strength of our collective endeavour”, be able to effect real change? We’ll see. But I feel confident that, with these people, I will enjoy trying. 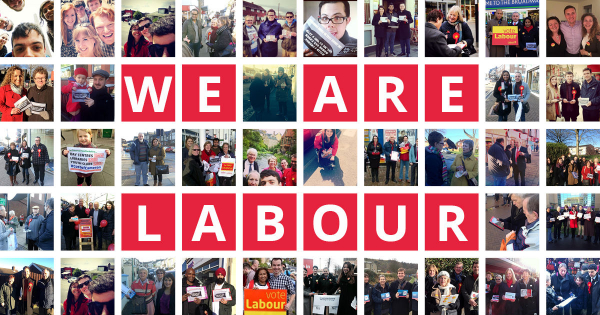 Oh, and there is a crossover with my theatre self too. I arrived at the meeting on my own, not expecting to know anyone, and was pleased to encounter a familiar face: theatre director Gregory Thompson, who I hadn’t seen for years, and who explained quite a bit of the proceedings to me throughout the evening. So thanks to Greg for helping make my Labour Party “debut” so profound.

If you’ve got this far in this blog post, I hope that this last paragraph may fall on receptive ears. If you are anything like me, if you are angry about any of the items listed but haven’t known practically what to do about it, if you want to feel a little more hopeful about the future, if you don’t want this Government claiming to do things in your name, I suggest you consider joining the Labour Party too – or another party whose beliefs and values chime most closely with your own. I just don’t think any of us have time for complacency anymore. 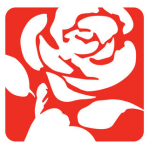 To vote in the Labour leadership election, you must be a registered as a member or supporter by 12 August 2015. Click here for more information.