Is UK justice for sale to the highest bidders? (VIDEO)

Home-Is UK justice for sale to the highest bidders? (VIDEO)

Is UK justice for sale to the highest bidders? (VIDEO) 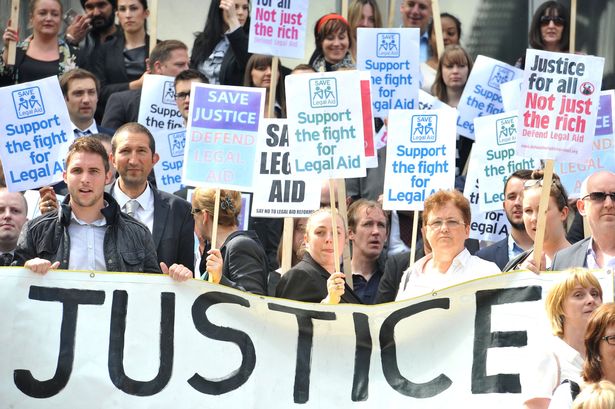 Solicitors, barristers and other campaigners have gone on strike against UK legal aid cuts

If you have never been unlucky enough to find yourself in the middle of a legal dispute, I can almost guarantee you – or, at least, 99% of you – that you can’t afford it. Certainly not if it drags on for months or years, as such matters tend to; certainly not if it goes further than ‘just’ a barrage of threatening lawyers’ letters and proceeds to a court hearing, when you must also contend with the mind-boggling bureaucracy and glacial timescales of ‘the System’. (I speak here from bitter, devastating experience.)

“Members of the public do not know what is happening with legal aid. The government has very carefully spun it in the press as being that the cuts to legal aid are solely about fat cat lawyers crying about their wages. You never ever hear anyone talking about fat cat nurses, and yet the starting salary for a legal aid lawyer is the same as for a newly qualified nurse.”

So, assuming you don’t have a house to sell or life savings to drain, you’re pretty much screwed because the dismantlement of the UK’s legal aid system under the Conservatives means that you also have almost no chance of proper legal representation. Over the past five years, it’s not only legal aid funding that has been drastically reduced (by a quarter) but, since 2013, the Government has also severely restricted what now even qualifies for aid (employment law, for instance, is no longer covered). 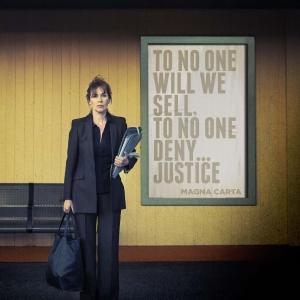 The Invisible runs at the Bush Theatre

And why is this bad for all of us, even if we never find ourselves in a situation where we do need to access to justice? Because if ordinary people cannot afford to enforce and defend their rights then those richer, more powerful people can ignore our rights with impunity. Therefore, the laws that we believe protect our fundamental rights are meaningless.

“Poor people are not just rich people with no money.”

That way, massive abuses of power and grand-scale miscarriages of justice lie. Which, ironically, will create even more need for legal aid and further imperil the growing under-class.

Rebecca Lenkiewicz’s new play The Invisible, commissioned by the Bush Theatre and sponsored by The Law Society, attempts to deal with and humanise some of the issues around the collapse of the UK’s legal aid system.

Remember, for civil laws – and that’s most laws that apply to you in your interactions with private organisations or individuals – you can’t report an offender to the police and have them arrested. Your only recourse is through the judiciary. If you can’t afford it, access to justice simply does not exist.

“We’ve told the Government that we’re having to turn people and under what circumstances and how unjust it is. But the Government aren’t listening, they really aren’t listening – and, in fact, they don’t care because it is ideological. They’ve created this myth of the undeserving underclass. That’s what we’re battling as much as the cuts to legal aid.”

I saw The Invisible  a few weeks ago (and wrote about it here in my last Theatre Diary blog), and have been thinking about it again today as I caught up with the debate the Bush held this week with legal aid experts.

My catalyst for looking up this video today of all days? Spotting the Independent newspaper’s front page splash on “Justice for Sale”. Staggeringly, at the same time as pricing justice out of the reach of the vast majority of the population, this Government has introduced plea deals that will mean companies guilty of fraud, bribery and other serious offences can avoid legal prosecution by simply paying a fine.

Looks like those massive abuses of power and grand-scale miscarriages of justice are already well and truly here.

Have a watch of the Bush debate – in which you can hear the pull quotes on this page in context – and other related videos below. And after which, you may want to sign this Justice Alliance campaign to stop these catastrophic cuts. I did.

Bush Green debate: Why defend legal aid in an age of austerity?

The Invisible continues at the Bush Theatre until 15 August 2015.

Real stories from the Justice Alliance