Q&A video and photos: Do you know How to Save the World through Chekhov? 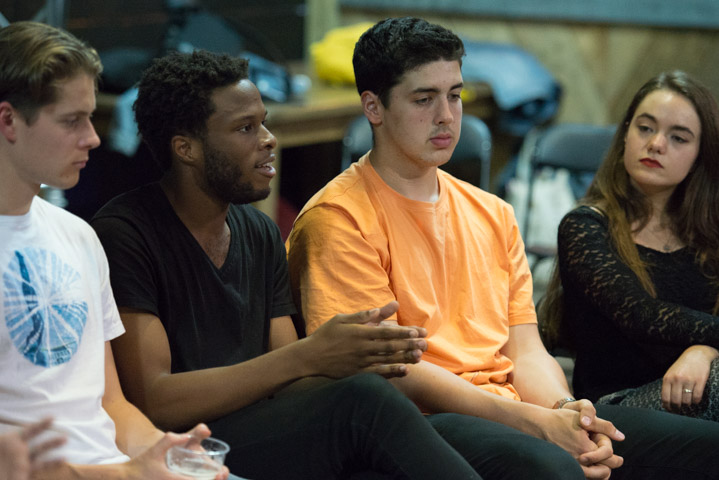 Director-producer Patrick Bayele speaking at the How to Save the World post-show Q&A at London’s Studio 9294. © Peter Jones

I’m a firm believer that one of the best means of ensuring a long career is an ability to create your own work. Patrick Bayele has honed this skill very early on… and, after seeing what he’s accomplished with his triple-threat professional debut – actor, director and producer (not to mention co-deviser), I feel confident we’ll be hearing more about him for many years to come.

Turned on to all things Chekhov while studying at the Moscow Art Theatre, Patrick Bayele returned to complete his drama degree at London’s Queen Mary University with an inspired idea: create a 21st-century of 1895 classic The Seagull to speak to and for his generation of artists.

The result is How to Save the World, which relocates the story to London in 2019, where the quartet of conflicted artists – Nina, Madame Arkadina, Trigorin and Konstanin – become gender-flipped, soon-to-be-graduates Noah (played by Bayele himself), Alfie, Tania and Keira. Can they stay true to their art?

Bayele cast seven of his Queen Mary peers, with whom he devised the modern script. And then he got the show on. With the help of Redgates Theatre, which provides opportunities for emerging creatives, How to Save the World ran for three showcase performances this week at Hackney’s extremely cool warehouse space Studio 9294 (my first visit to this venue – I hope more producers discover it soon).

On the final night, I was joined for a post-show Q&A by Bayele and the rest of the ensemble cast: Shavariya Padayachee, Alfie Noble, Maria Messias Mendes, Rosie Hodgson, James Garnham, Archie Brown and Beatrice Olivier. How does Chekhov resonate for these students and recent graduates? Where are they all going from here – with this and with other shows?

So exciting to play a very small part at the very start of this company’s careers. Remember their names… and watch this space. And meanwhile, watch and share the post-show Q&A video. 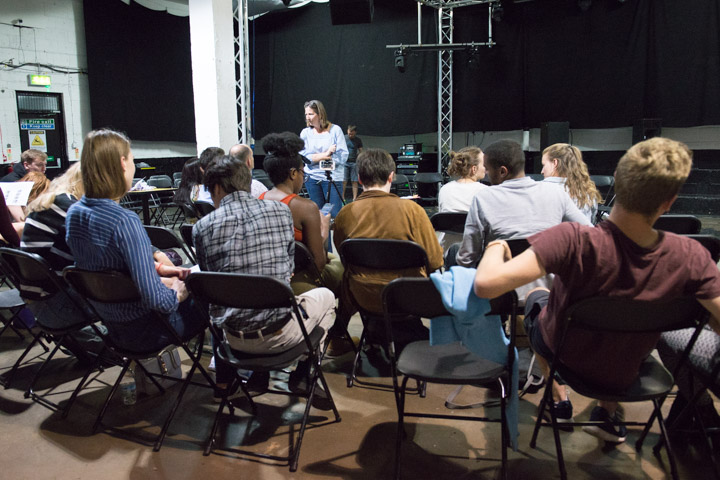 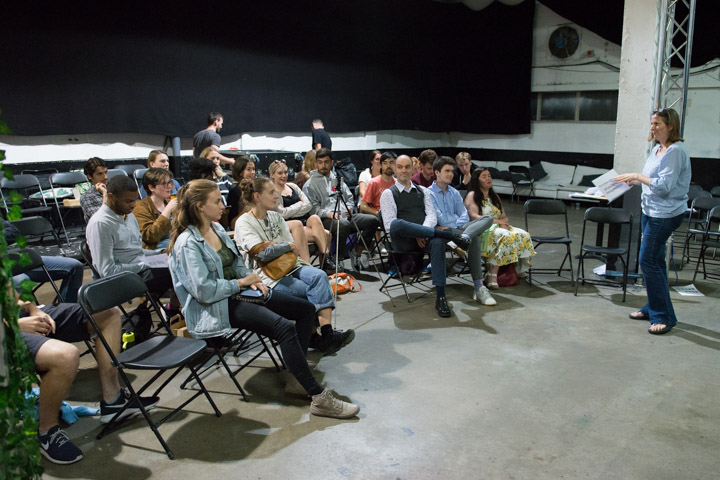 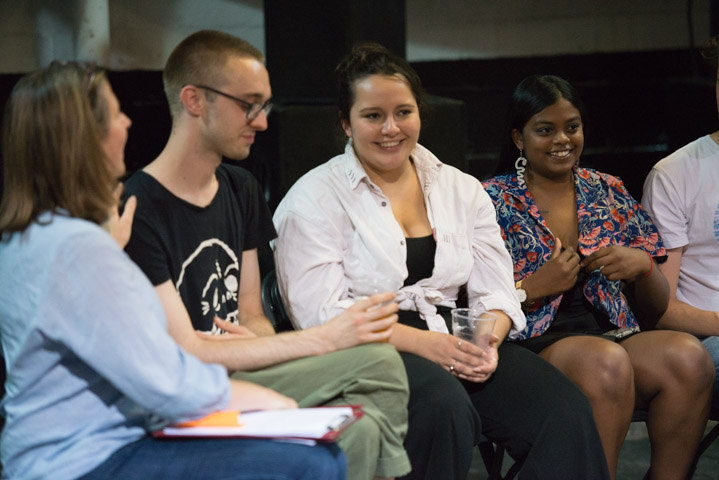 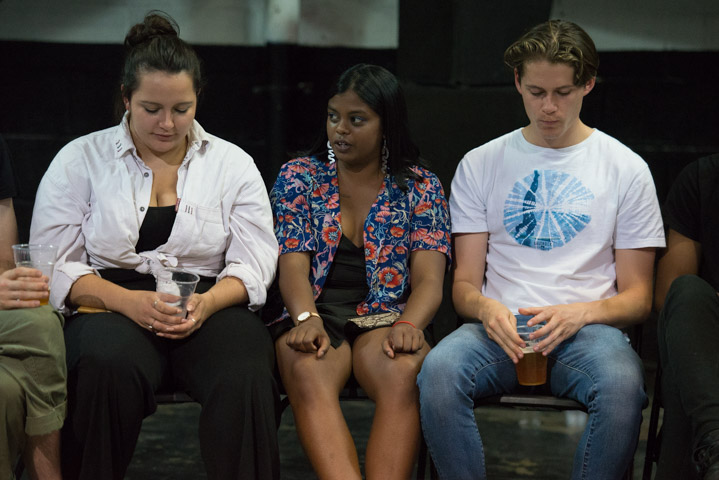 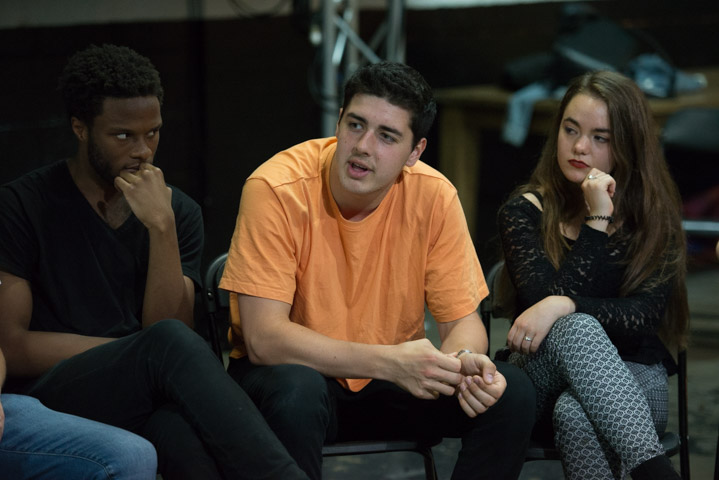 Director-producer Patrick Bayele speaking at the How to Save the World post-show Q&A at London’s Studio 9294. © Peter Jones 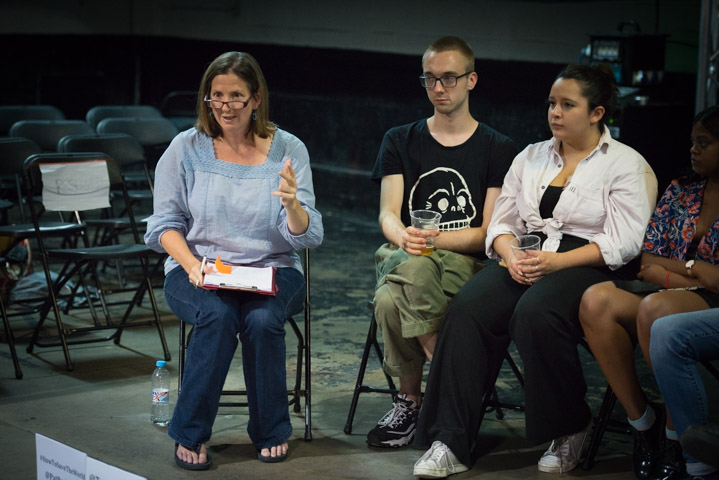 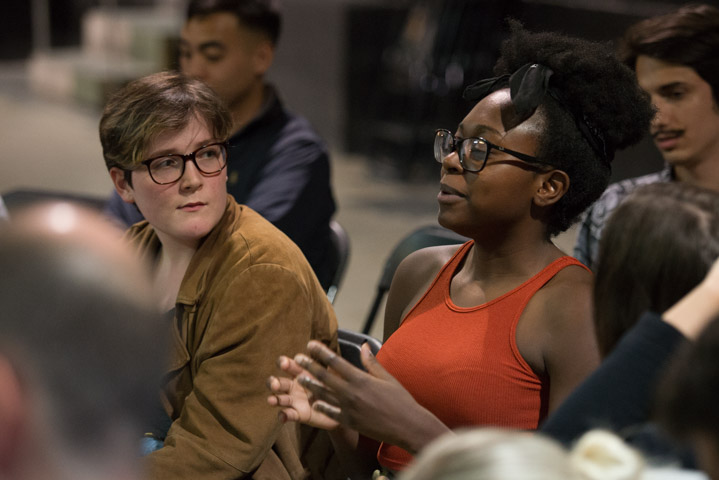