How to make your professional stage debut, aged 53

How to make your professional stage debut, aged 53 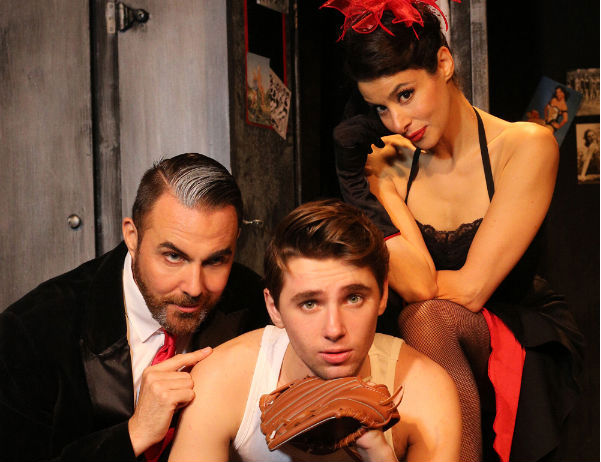 Take me out to the ballgame… There’s a lot of new talent on show in the Landor Theatre’s boisterous revival of 1955 Broadway baseball musical Damn Yankees, but I must declare a personal interest in the cast’s oldest newcomer: 53-year-old Gary Bland. 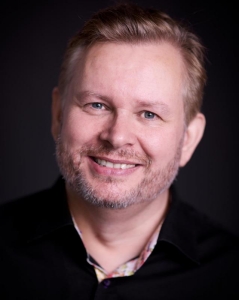 I’ve known Gary and his wife Deborah for many years. They were regulars at the WhatsOnStage.com Outings that I used to host and I always looked forward to seeing them. (Part of a band of enthusiastic favourites who I still think of, totally possessively, as “my theatregoers”.)

But, while I knew that Gary loved watching theatre, I had no idea he had a hankering to perform it as well. In fact, it’s something he only discovered recently himself.

My surprise at first spotting Gary in the Landor programme yesterday turned to gobsmacked delight as I then watched him open the show as “old” Joe Boyd, whose obsession for the Washington Senators baseball club leads him into a Faustian pack, in which he trades his soul and his suburban life for big-hitter glory as “young” Joe Hardy (played by 2014 Arts Ed graduate Alexander Lodge).

Wife Deborah, sat behind me at the packed Landor, was also seeing the show for the first time – and glowing with pride.

Afterwards, Gary told me how it all came about. One afternoon in 2011, he saw a snippet of a song performance on television that moved him. He didn’t know the song or the performer – in fact, it was Alfie Boe, singing “Bring Him Home” from Les Miserables – but it inspired him.

Gary wondered if he could learn to sing like that. He started taking lessons at Rose Bruford and began his performance career in earnest in 2012. So far, he’s been an extra in the Les Miserables film (and even got himself an Internet Movie Database page), appeared in the Old Vic New Voices’ 250-strong community opera Epidemic and sang a solo at the charity pantomime performance of Cinderella at Theatre Royal Drury Lane last December.

Now, Gary has an agent too and is making his professional stage debut in Damn Yankees, directed by Landor artistic director Rob McWhir.

In Damn Yankees, Gary’s character Joe has a frequent reprise of “A Man Doesn’t Know”, a tribute to the love, faith and support of onstage wife. I hope he goes home every night and serenades his offstage wife with it too.

Damn Yankees continues at the Landor Theatre until 8 November 2014.