An Honourable Man Q&A video and photos: Has there ever been a more poisonous time in UK politics? (Insiders’ views)

Home-An Honourable Man Q&A video and photos: Has there ever been a more poisonous time in UK politics? (Insiders’ views)

An Honourable Man Q&A video and photos: Has there ever been a more poisonous time in UK politics? (Insiders’ views) 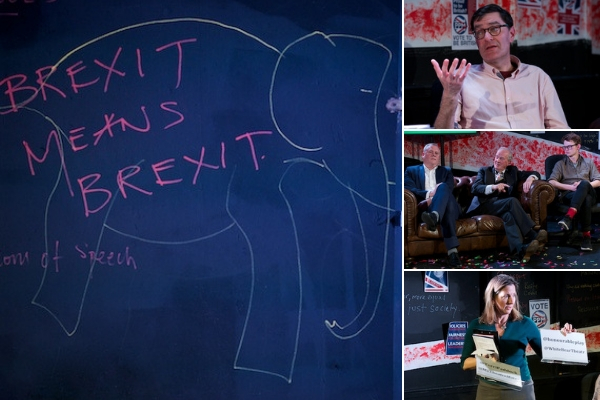 Populism, patriotism, political theatre, predictions for Brexit and the fast-paced nature of life-imitating-art-imitating-life were amongst the topics covered in an incredibly good-natured discussion across a wide partisan spectrum at the post-show debate I chaired on Wednesday night at the premiere of An Honourable Man.

Michael McManus‘ play had a sell-out, try-out week in June, which attracted praise from political commentators including Guardian columnist Polly Toynbee, Times columnist Matthew Parris, House of Cards author Michael Dobbs and Another Country playwright Julian Mitchell. It has since been revised and updated.

In an imagined near-future, Joe Newman is mainstream Labour MP for a traditional, working-class constituency in the North of England – until Momentum try to oust him. He resigns the Labour whip, wins a by-election as an independent and, with dizzying shock-and-awe speed, whips up a populist storm that looks like it could take him all the way to Downing Street.

Could it happen in the UK? Are the Labour and Conservative parties equipped for these turbulent political times? Is there a need for a new party? What if Brexit is only the beginning of the UK’s turmoil and division? Has there ever been a more poisonous time in British politics? What’s the difference between popular and populist? Patriotism and nationalism?

For the post-show discussion, I was joined by McManus – a former Parliamentary candidate and adviser to three Prime Ministers now making his playwriting debut with An Honourable Man – and director Jolley Gosnold, as well as, coming straight from another busy day at Westminster, Lord Hunt of Wirral, a Conservative Cabinet member for 14 years under Thatcher and Major and now chair of the Association of Conservative Peers, and Tony Grew, political reporter and secretary of the Parliamentary Press Gallery.

Watch the full, unedited discussion below. 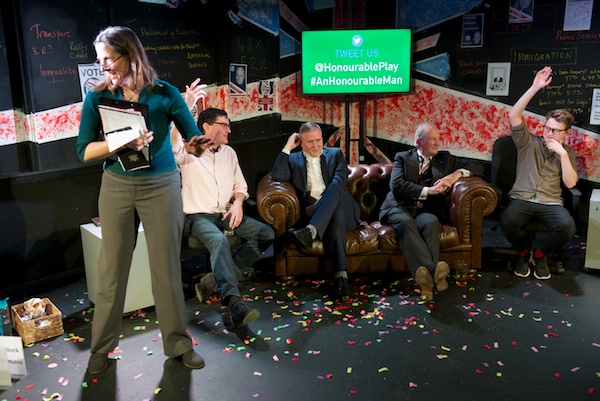 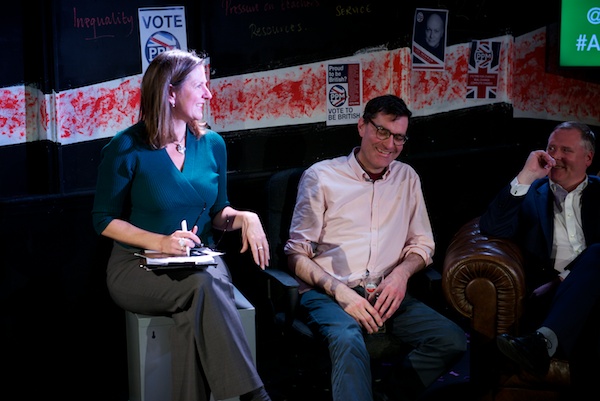 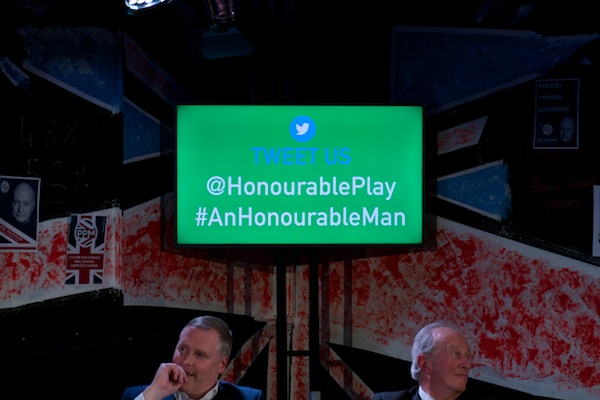 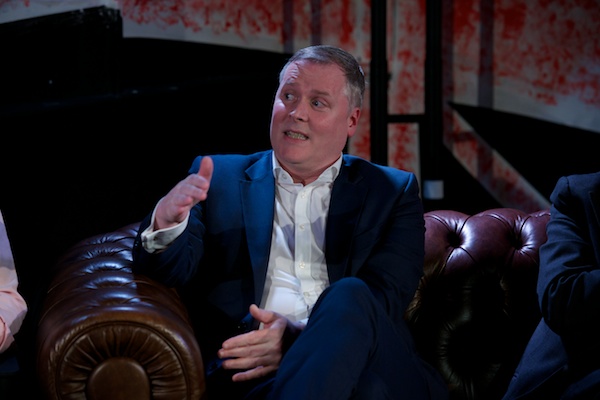 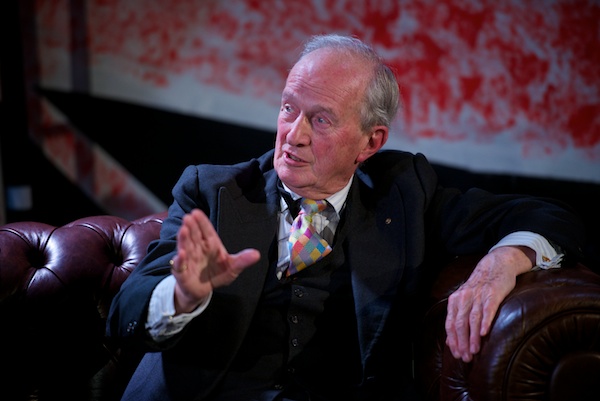 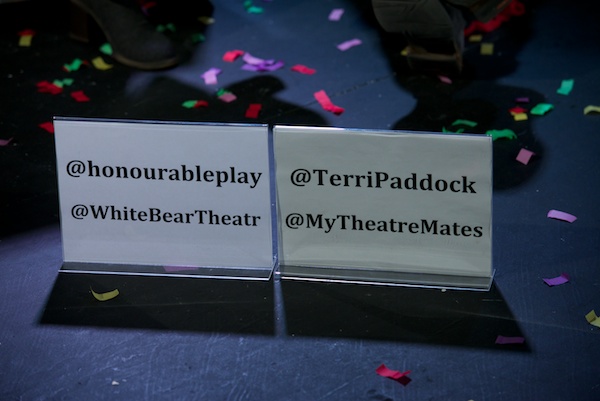 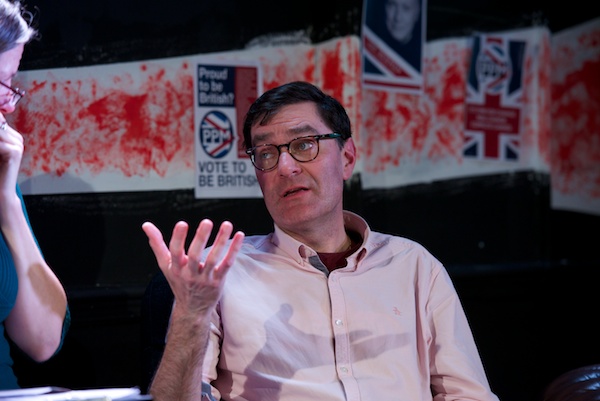 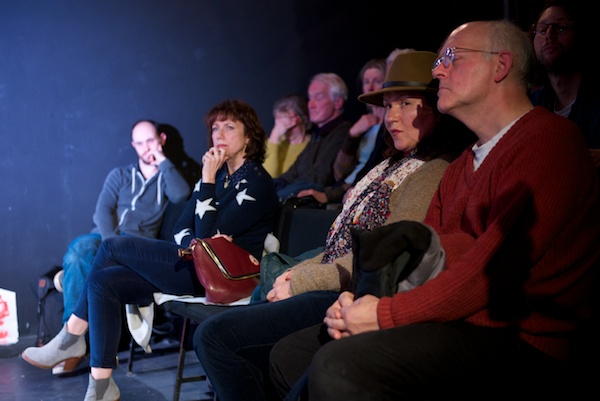 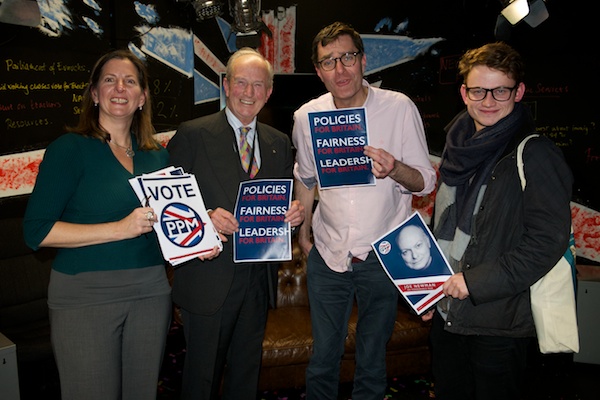