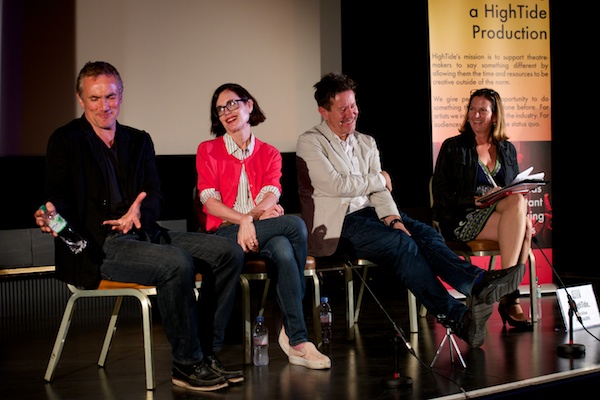 I made my HighTide Festival debut this weekend and what a privilege. Over the course of the weekend at this ten-day annual event, held in the beautiful Suffolk coast town of Aldeburgh and now marking its tenth anniversary, I had the privilege of chairing three hour-long “Face to Face” talks with world-class artists.

In this first talk, held mid-day Saturday, I spoke to playwright Alexi Kaye Campbell and actors Elizabeth McGovern and Ben Miles. Elizabeth and Ben recently starred in the world premiere of Campbell’s latest play Sunset at the Villa Thalia, which finished its run at the National Theatre last month, and also appeared in Campbell’s first feature film Woman in Gold, which starred Helen Mirren and Ryan Reynolds and was released last year.

In addition to the play, the wide-ranging discussion covered different aspects of the trio’s careers – including Alexi’s breakthrough with The Pride, submitted anonymously to the Royal Court when his partner Dominic Cooke was then the theatre’s artistic director; Ben’s two-year journey with Hilary Mantel and Thomas Cromwell on Wolf Hall; and a very funny re-enactment of a day on the Downton Abbey set by McGovern (who played Lady Cora Grantham in the TV series) – the trauma of drama school, the importance of music in their lives and Ben’s left-handedness (demonstrated in the photo above)!

#HighTide2016 drama: I tripped&fell off stage at end of #FaceToFace with these lovelies. It was all going so well… pic.twitter.com/h7IHXu8Lhv

At the end of the talk, I somehow managed to upstage myself by falling off the stage (innate clumsiness and poor shoe choice on my part)… I have edited the audience’s gasps out of the podcast. This final, tweeted picture is of me, Ben, Elizabeth and Alexi perched on the edge of the stage after I’d recovered but was still too shaky to stand. My thanks to the three of them for being such brilliant interviewees and so very kind after my accident. Thanks also to actor (and former doctor) Prasanna Puwanarajah, who happened to be sitting in the front row, HighTide artistic director Steven Atkinson and all of the fantastic staff at HighTide who looked after me so well. 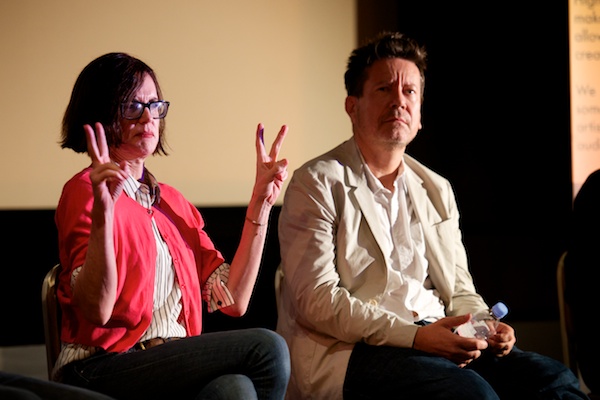 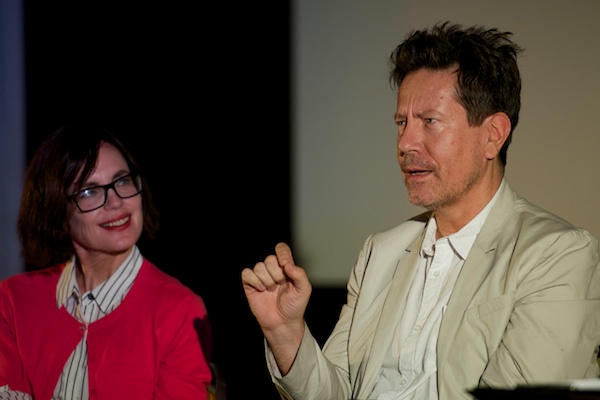 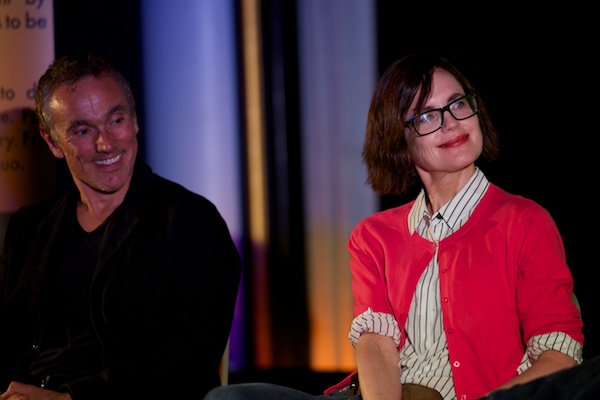 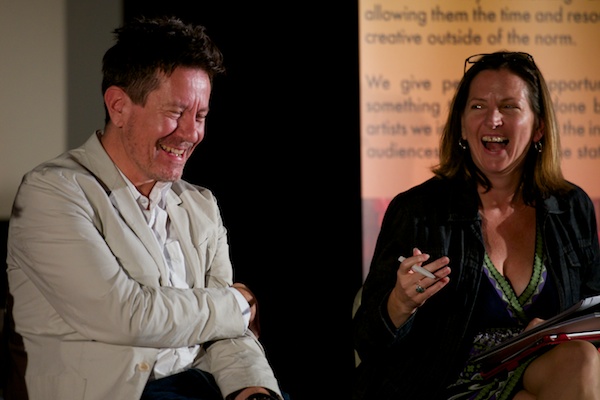 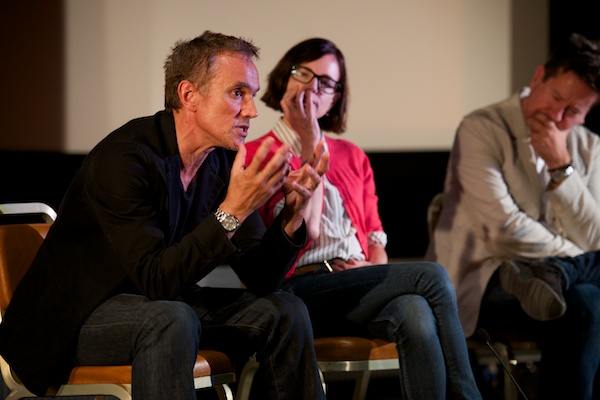 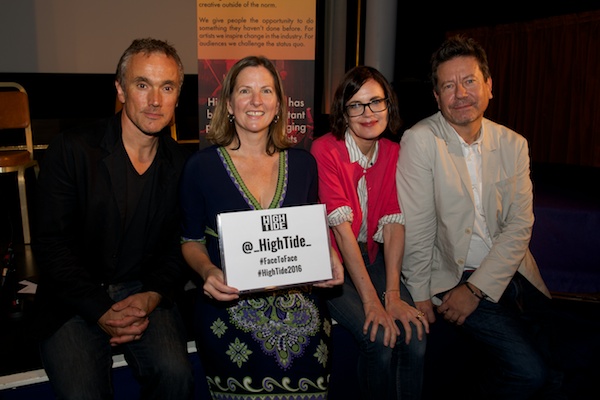 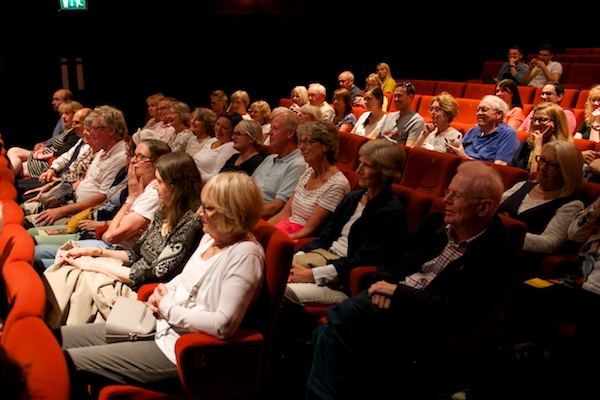 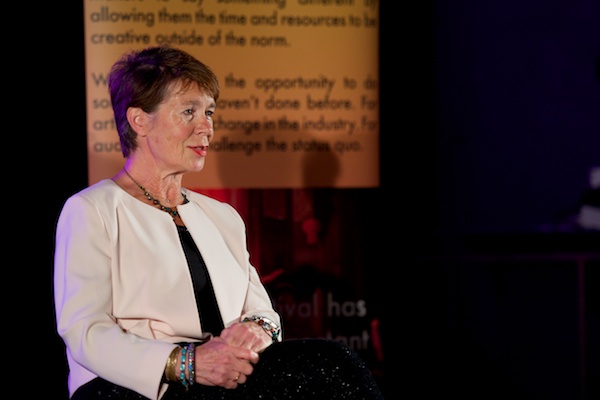 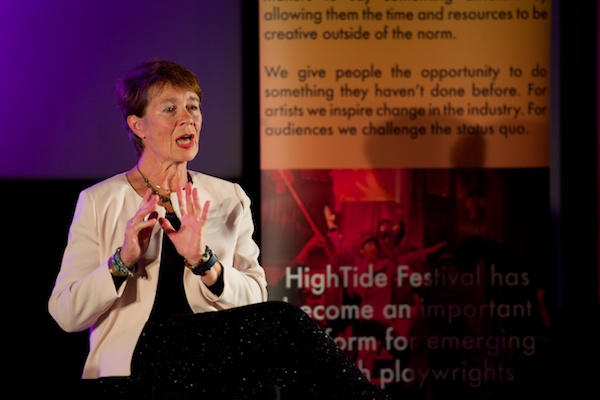 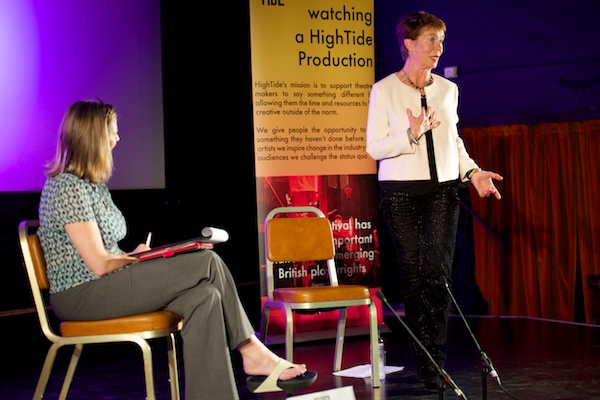 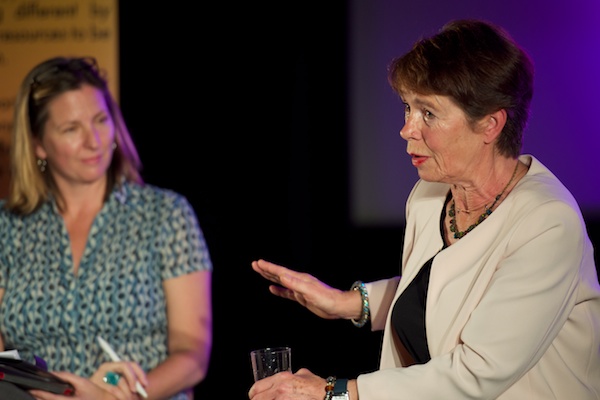 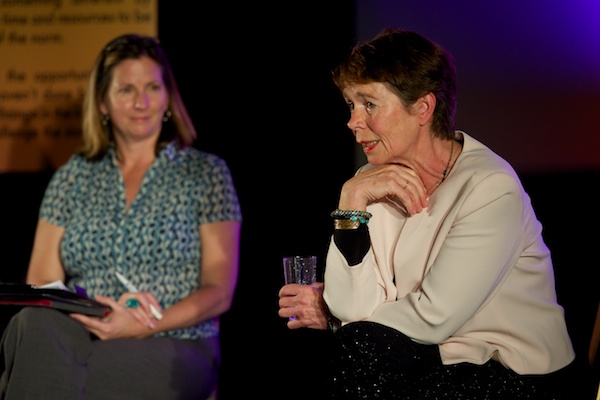 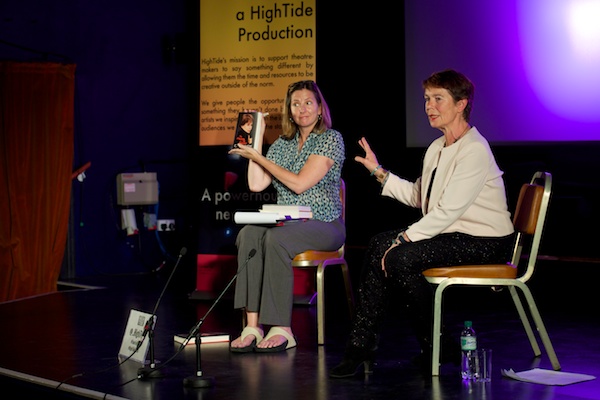 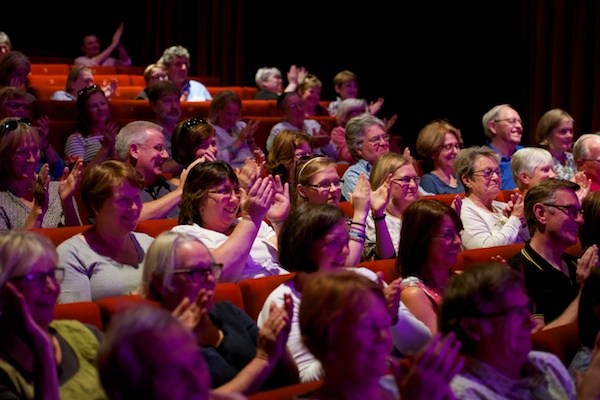 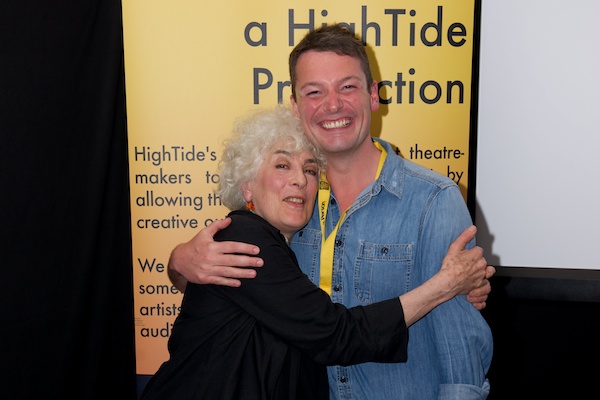