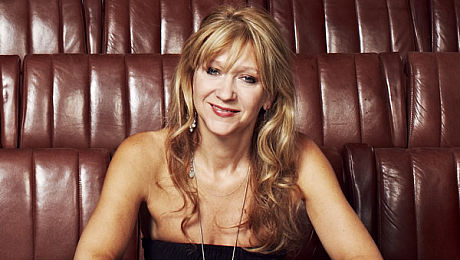 Sonia Friedman is on a roll with Oliviers and Tony success

Maybe it’s because I’m considering trying my own hand at producing and the universe is sending me encouragement, but everywhere I look at the moment, I see female producers.

On Sunday night, the powerhouse that is Sonia Friedman takes another shot at Tony Awards glory in New York, where her transfers of the Shakespeare’s Globe productions of Twelfth Night and Richard III have chalked up eight nominations across five different awards categories.

The Tonys follow her total domination of this year’s Olivier Awards, where she made history by winning the most gongs ever for a single producer. Her four productions took home a total of 14 awards: The Book of Mormon, four including Best New Musical and Best Actor in a Musical; Chimerica, five including Best New Play and Best Director; Ghosts, three including Best Actress; and Merrily We Roll Along, directed by her big sis Maria Friedman, two, including Best Musical Revival. Fourteen awards (or 13 if you count that Sound Design was shared between the designers of Chimerica and Merrily) across 26 awards categories, four of which are for Dance and Opera… Some haul!

Regardless of gender, Sonia is one of the most successful producers the West End has ever seen. And she’s not the only member of the “old girls’ club”. Two years ago when, while at WhatsOnStage, I adopted new producers’ charity Stage One as the charity for the WhatsOnStage Awards, we declared 2012 the “Year of the Producer” and drew up a list of the West End’s top female producers.

All formidable women – but a minority. And many of them have shared with me over the years their frustrations in the face of the more powerful “old boys”.

That night, I was blown away by the current revival of Neil LaBute’s Bash, transferred from the Old Red Lion to Trafalgar Studios 2 by a company I’d never heard of called 31 Productions. I’d never heard of 31 because this is its debut. The company was founded at the end of last year by 26-year-old actor-director Rebecca Hickey, who also stars in Bash. She’d wanted to perform the play since drama school and she was too impatient to wait for someone to ask her. I met her after the performance: this is a bright lady with big plans.

Yesterday, after a packed-out matinee of Fings Ain’t Wot They Used T’Be at Stratford East, I caught up with Ros Povey, who, after years with other outfits, has just founded her own independent, Ros Povey Productions. On Ros’ slate is a possible tour or transfer of Fings, plus a tour of Simon Callow’s This Man Jesus and several big new West End plays in development.

Meanwhile, Danielle Tarento goes from strength to strength at Southwark Playhouse (amongst other places). After award-winning success with Titanic and Anya Reiss’ Three Sisters (co-produced with Emily Dobbs), she’s back at Southwark this summer with Off-Broadway hit musical Dogfight. And in the West End, thirty-something Eleanor Lloyd is not only lead producer on the Tricycle transfer of Handbagged, but simultaneously co-producing Jeeves and Wooster and (with Sonia) Headlong’s 1984.

And the list goes on and on. Last month, of the 36 attendees of Stage One’s biannual three-day workshop for new producers, more than half were women – including me.

The wider media has picked up on surges in female artistic directors and directors (e.g. Josie Rourke, Vicky Featherstone, Blanche McIntyre, Nadiah Fall, Tamara Harvey) and playwrights (e.g. Lucy Kirkwood, Polly Stenham, Anya Reiss), but to my mind, this proliferation of female producers is even more significant: these are the people who will be creating, funding and programming our theatrical future.