Have you voted yet in the West End Wilma Awards? Here’s why I have

Home-Have you voted yet in the West End Wilma Awards? Here’s why I have

Have you voted yet in the West End Wilma Awards? Here’s why I have 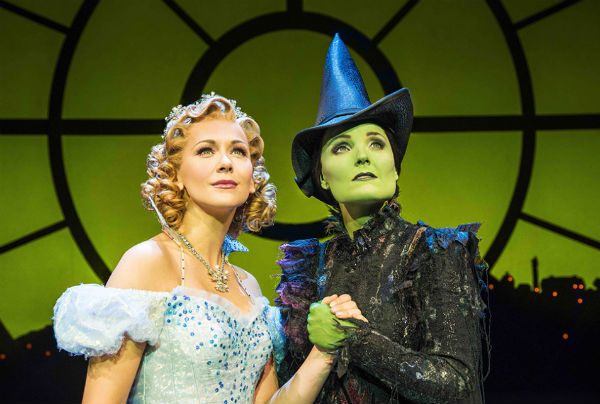 I voted in the inaugural West End Wilma Awards this morning – and experienced an intense feeling of déjà vu.

My own awards past

Fourteen years ago, I founded the WhatsOnStage Awards almost by accident. That year, when the Olivier Awards released its shortlists in January, I published them on the website and invited people to vote for who they thought should win. In the five week interim before the Oliviers ceremony, thousands of people did – and their choices were much different from those of the official judging panel.

The next year, my then chief critic Mark Shenton and I drew up our own shortlists. My business partner David Dobson and I scraped together the cash and threw a party at The Venue in Leicester Square (now the Leicester Square Theatre) and I begged people to come along to hear me and Julian Clary read the shortlists (at the time, he was starring at The Venue in Taboo, which had several nominations).

For the results that year, I had the idea to announce simultaneously with the Critics’ Circle Awards. Several newspapers picked up on the “critics versus audiences” divide and suddenly we had a name for ourselves. The press and the industry started to take notice.

It was only after that that we seriously started targeting sponsors, and it wasn’t until 2008 that, with Stuart Piper at Cole Kitchenn, we put on our first awards ceremony, at the Lyric Theatre, Shaftesbury Avenue (thanks, Nica Burns). Somehow, I managed to persuade Daniel Radcliffe, Diana Rigg, Andrew Lloyd Webber, Peter Hall, Michael Ball and the cast of Hairspray to come to collect prizes. There was no going back after that.

From very small acorns, my team and I managed to grow the WhatsOnStage Awards into a pretty substantial oak, and one that I’m immensely sad not to be able to water and watch grow any longer as I’m no longer part of WhatsOnStage. 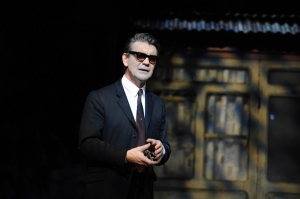 But my experience with my own awards makes me appreciate West End Wilma’s rapid ascendency even more. Of course, I was launching an awards ceremony before there was Twitter or other social media – getting noticed and spreading the word was a very different proposition then. Nevertheless, I am hugely impressed with Wilma’s dissemination.

In their very first year, her awards seem to be everywhere. And she’s already got several sponsors (many of them previous sponsors of mine, I must add!) and is holding a ceremony, hosted by Tim McArthur, at Freedom Bar in Soho on Friday 7 November 2014. It is remarkably ambitious.

I also like Wilma’s awards fields. Yes, she includes categories we introduced with the WhatsOnStage Awards – including Best Takeover in a Role – as well as prizes that WhatsOnStage and/or others already recognise – Best West End Show, Best Touring Production, Best Fringe Production, Rising Star and Most Welcoming Venue – and there are a few relative standards – Best Supporting Cast Member, Lifetime Achievement in Theatre.

But there’s also Most Underrated West End Show (last year’s Lloyd Webber and Tim Rice box office flops Stephen Ward and From Here to Eternity, as well as The Ladykillers and, still running, The 39 Steps), which is a great thing to stop and recognise.

And there are no blatant “starcatcher” fields, ie Best Actor or Best Actress. Even within the categories, the choices are never obvious. There’s no Nicholas Hytner or Judi Dench in Lifetime Achievement (surely they have enough awards). Instead we’re asked to choose between four worthy but sometimes overlooked nominees (all women like Wilma): actresses Bonnie Langford and Harriet Thorpe, as well as Sheila Hancock and Imelda Staunton (okay, maybe she wasn’t so overlooked with Sweeney Todd).

I also love that West End Wilma, who herself won Ticketmaster’s inaugural Theatre Blog of the Year last year, has included a category to recognise other theatre bloggers: Official Theatre, A Younger Theatre, Pocket Size Blog and West End Frame, which runs its own back-to-back, heavily Twitter-promoted online awards, are all in contention.

I have come to know many of these theatre bloggers personally this year. They are a lovely, welcoming and warm-hearted lot, who – as this clearly shows – love celebrating each other’s successes and sharing their passion for theatre. More power to them all.

Read more about the West End Wilma Awards in this great interview the lady herself gave with Musical Theatre Review. Voting continues until 14 October 2014 at www.westendwilma.com.

In other awards developments, nominations have been announced in the 2014 UK Theatre Awards (formerly the TMA Awards), the only fully nationwide UK theatre awards. The UK Theatre Awards also includes a category for UK’s Most Welcoming Theatre, voted for by the public, in conjunction with Smooth Radio.

Winners of the 2014 UK Theatre Awards are announced at a ceremony at London’s Guildhall on Sunday 19 October 2014. For full shortlists, click here.