A Guide for the Homesick Q&A video and photos: How did Doctors Without Borders & homophobia inspire this new play?

Home-A Guide for the Homesick Q&A video and photos: How did Doctors Without Borders & homophobia inspire this new play?

A Guide for the Homesick Q&A video and photos: How did Doctors Without Borders & homophobia inspire this new play?

The night after they faced the press, the team behind the European premiere production of A Guide for the Homesick faced a packed audience, most of whom stayed on to take part enthusiastically in our post-show discussion.

Ken Urban‘s play was commissioned in 2011 and had its world premiere last year in Boston. This new production reunites New York-based Urban with British director Jonathan O’Boyle, who helmed his play Sense of an Ending at London’s Theatre 503 in 2015.

In Urban’s new, tense two-hander, Douglas Booth and Clifford Samuel are Jeremy and Teddy, two Americans who meet in a hotel in Amsterdam: respectively, an aid worker returning home from a tragic posting in Uganda, and a banker on holiday. But they also play two other men whose fates haunt proceedings. Will they confess their secrets? Can they save each other?

At the post-show discussion on Friday night at Trafalgar Studios, I was joined by the writer, director and actors. The audience had so many questions, we could have gone on for much longer, but we got in as many as we could.

Amongst the topics discussed: research into Doctors Without Borders and the American evangelicals fuelling homophobia in Africa, the challenge of accents, dealing with millisecond jumps in time and character, the importance of coming out, why the characters have to be American, Obama versus Trump and the two types of people in a relationship.

A Guide for the Homesick runs until 24 November 2018 at London’s Trafalgar Studios. 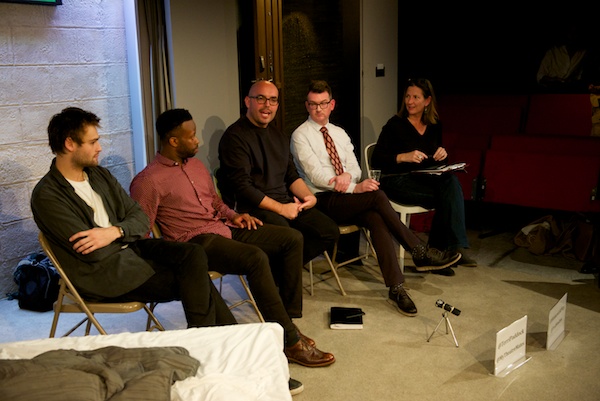 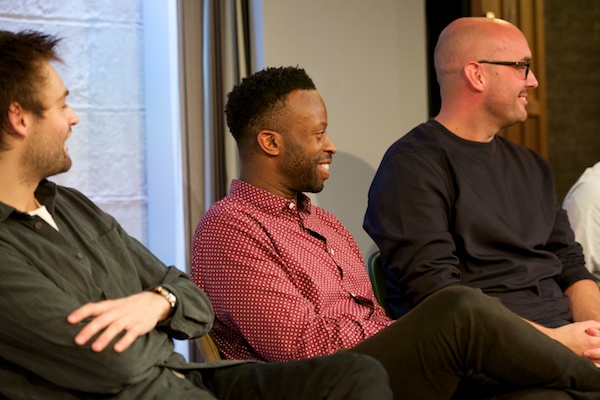 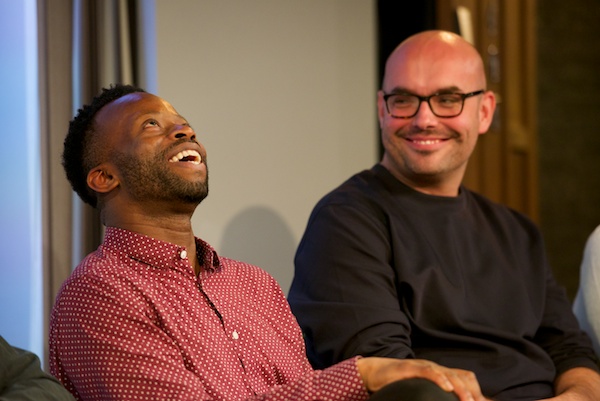 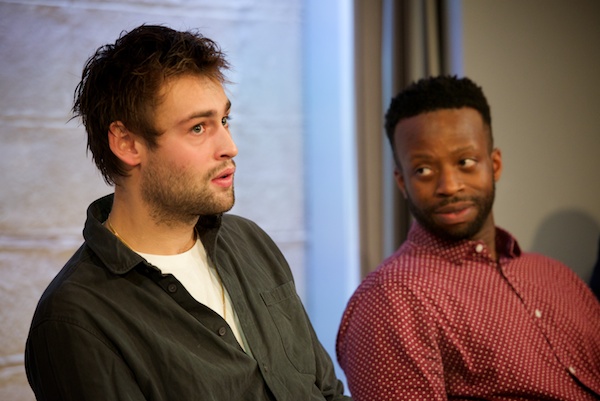 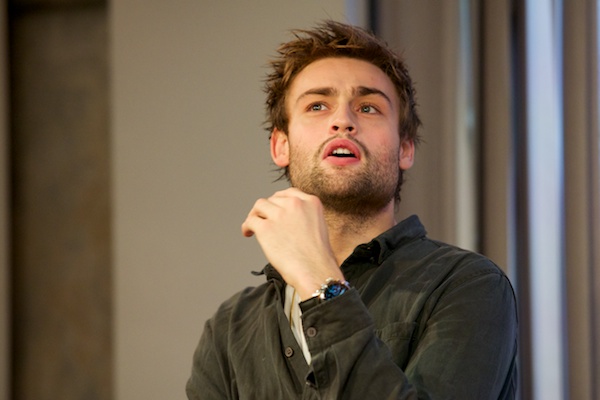 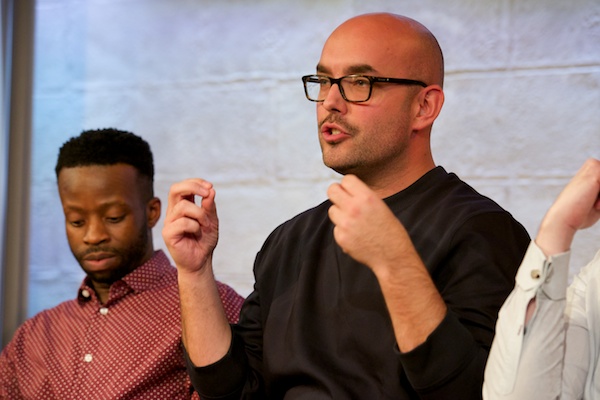 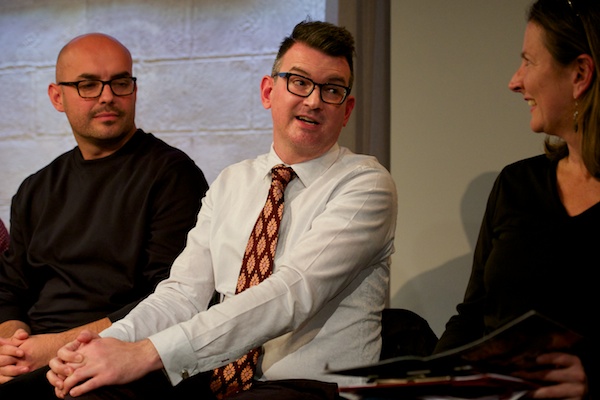 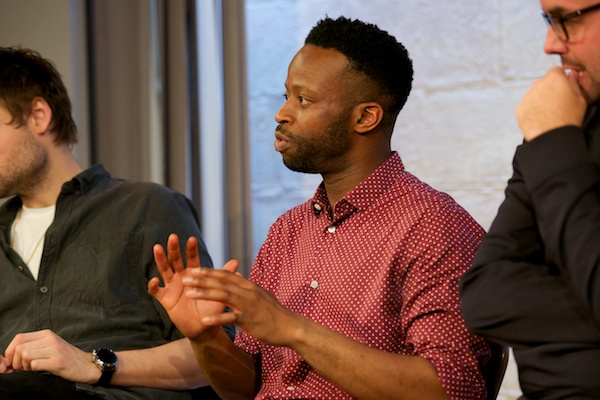 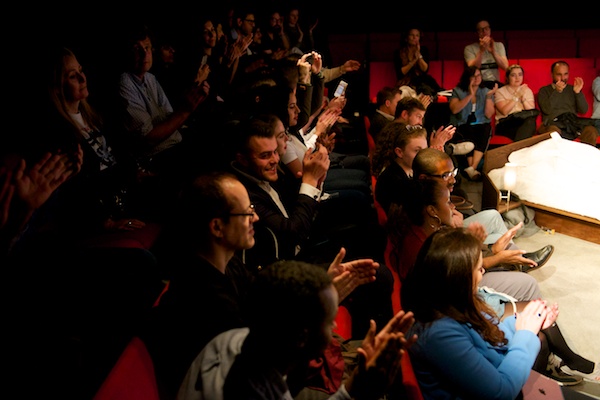 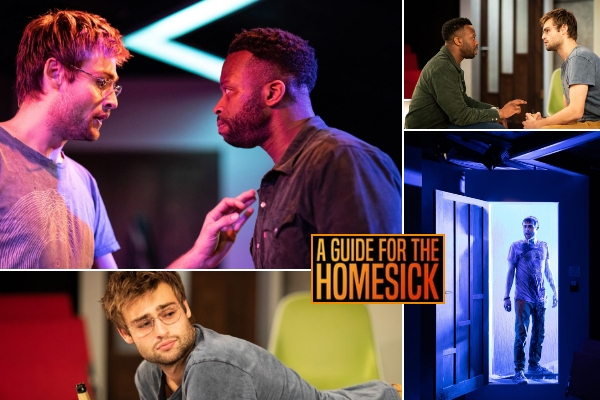 A Guide for the Homesick Q&A