Home-The Good Scout post-show video and photos: How worried should we be about parallels between the 1930s and today? 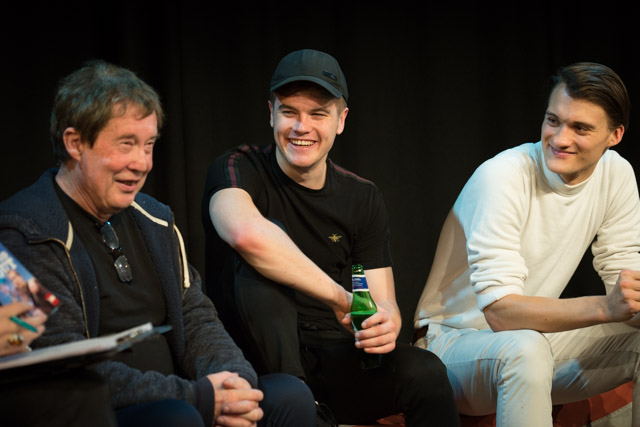 My post-show talk at The Good Scout. © Peter Jones

While MPs were voting for an election that is likely to accelerate the UK’s lurch to the right, I was back at Above The Stag Theatre last night talking about the increasingly worrying parallels – and historic dominoes – between the 1930s and today. Is it any wonder that The Good Scout left me in tears, even on second viewing?

Have you heard about the cultural exchange between the British Boy Scouts and the Hitler Youth in the lead-up to the Second World War? Inspired by these incredible, little-known true events, writer/director Glenn Chandler has written this new story of espionage, honour and forbidden love.

The Good Scout had its world premiere at this year’s Edinburgh Fringe, winning the Scots Gay Award for New Writing, before transferring to Above the Stag, London’s home of LGBT theatre, where Chandler’s other previous hits include Kids Play, Lord Dismiss Us, Sandel and Fanny & Stella.

For the post-show talk, I was joined by Chandler and cast members Amanda Bailey, Simon Stache, Lewis Allcock, Daniel Cornish and Charlie MacKay. (Sadly, Clemente Lohr, who plays one of the two Hitler Youth in The Good Scout was taken ill – get well soon.)

The discussion, like the play itself, was a real education, with some fascinating input from the audience as well as the panel. As you watch the video, some references you may want to look up include who fought on which side in the Spanish Civil War; the Nazi national anthem, outlawed in Germany since the Second World War; The Third Wave, California teacher Ron Jones‘ experiment demonstrating the appeal of fascism; and British playwright C P Taylor‘s 1981 play Good, about a liberal-minded ‘good man’ in Nazi Germany.

The Good Scout has sold out the rest of its run. Check for returns and follow Boys of the Empire Productions for news of future productions

The Good Scout runs until 2 November 2019 at London’s Above the Stag Theatre. 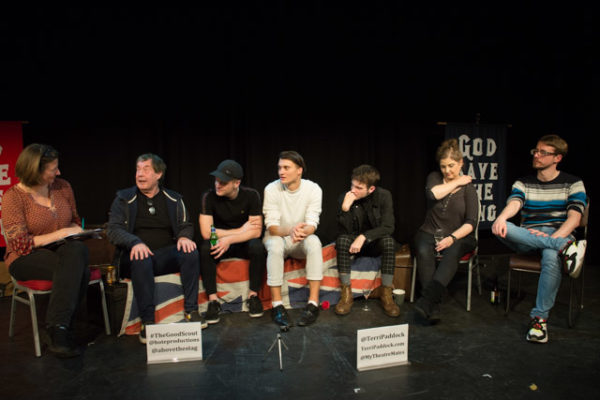 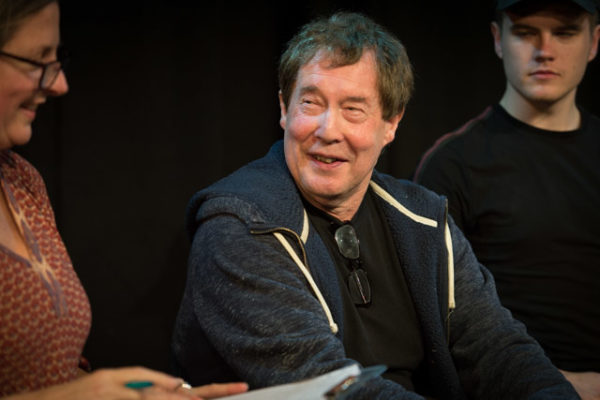 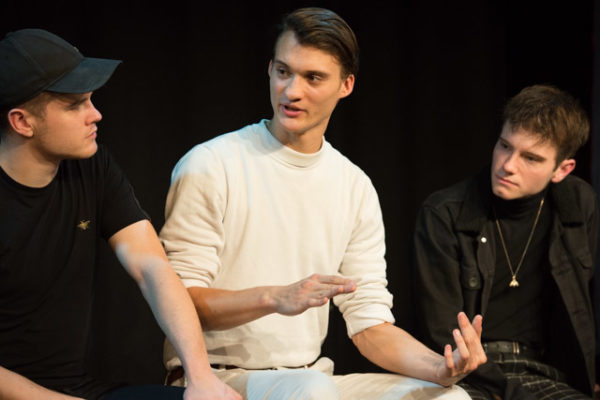 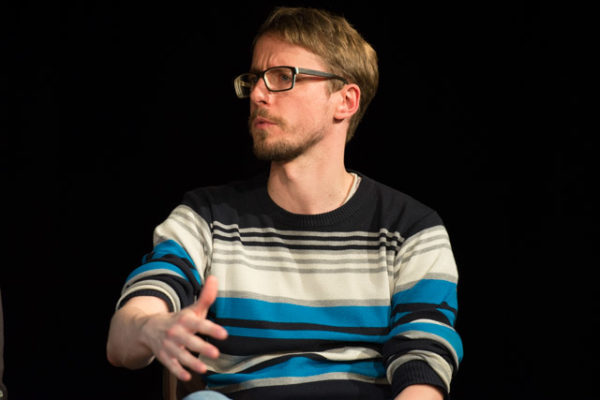 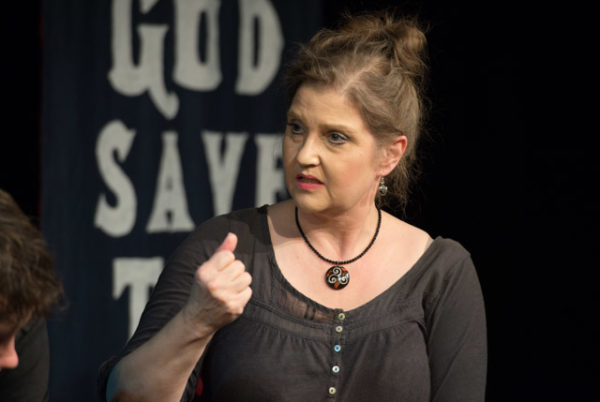 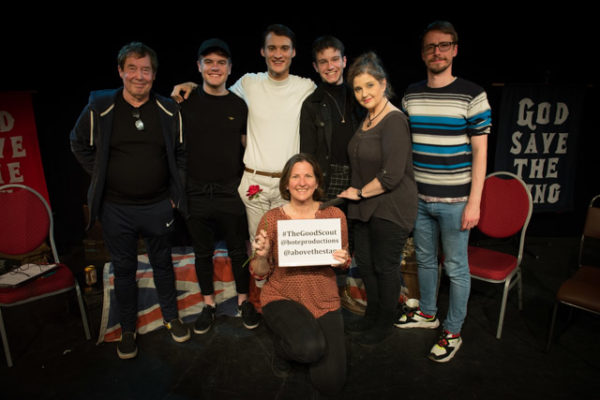