Q&A video and photos: Discussing Paula Hawkins’ hit thriller The Girl on the Train with Samantha Womack and cast

Home-Q&A video and photos: Discussing Paula Hawkins’ hit thriller The Girl on the Train with Samantha Womack and cast

Q&A video and photos: Discussing Paula Hawkins’ hit thriller The Girl on the Train with Samantha Womack and cast 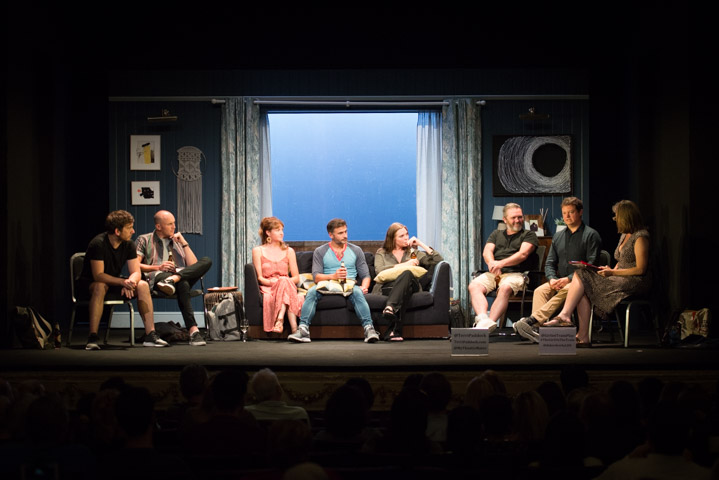 The Girl on the Train post-show Q&A at London’s Duke of York’s Theatre. © Peter Jones

What is it about a great whodunnit thriller? What makes us keep turning the page? How does that inquisitive excitement translate onstage?

As modern thrillers go, they don’t get much more successful than Paula Hawkins‘ The Girl On the Train. First published in 2015, it quickly became an international publishing phenomenon and has sold more than twenty million copies worldwide, many more sales no doubt fuelled by the 2016 Hollywood screen version, which starred Emily Blunt and relocated the story to the United States.

For this hit stage version, husband-and-wife adapters Duncan Abel and Rachel Wagstaff returned to the source material and original setting of London’s commuter belt. The play of The Girl On the Train was first seen at Leeds Playhouse in 2018 and was subsequently reworked for this production, helmed by Anthony Banks, which opened on tour in January and is now enjoying a summer stint at the West End’s Duke of York’s Theatre before visiting more theatres around the country until November.

Samantha Womack stars as Rachel Watson, The Girl On the Train‘s titular anti-heroine. An alcoholic whose life has been steadily falling apart since divorce, she longs for a different life. One like the perfect couple she watches through the train window every day, happy and in love. Or so it appears. When Rachel learns that the woman she’s been secretly watching has suddenly disappeared, she finds herself as a witness and even a suspect in an ever-deepening mystery. Did she commit the crime? If only she could remember…

The West End season of The Girl On the Train reunites Womack with Alex Ferns, with whom she’s previously appeared onstage in Guys and Dolls and South Pacific.

At last night’s post-show Q&A, I was joined by director Anthony Banks (whose other thriller credits include Strangers on a Train, Gaslight and Dial M for Murder), Samantha Womack and Alex Ferns as well as fellow cast members Marc Elliott, Philip McGinley, Matt Concannon and Philippa Flynn.

One thing that amazed me about the audience who stayed for the Q&A: more than half of them had read the book, seen the film and/or already seen the play (it was a fifth visit for one woman in the front row!) so clearly, coming into it, they knew about the twists and turns. Nevertheless, for those who may not have, in our discussion, we adopted “Mousetrap house rules” and do not reveal who did it. No spoilers here! But some great revelations nonetheless including on Paula Hawkins’ encouragement. And a little merchandise modelling too!

The Girl on the Train is at the West End’s Duke of York’s Theatre until 17 August 2019 and then tours nationwide until 23 November. 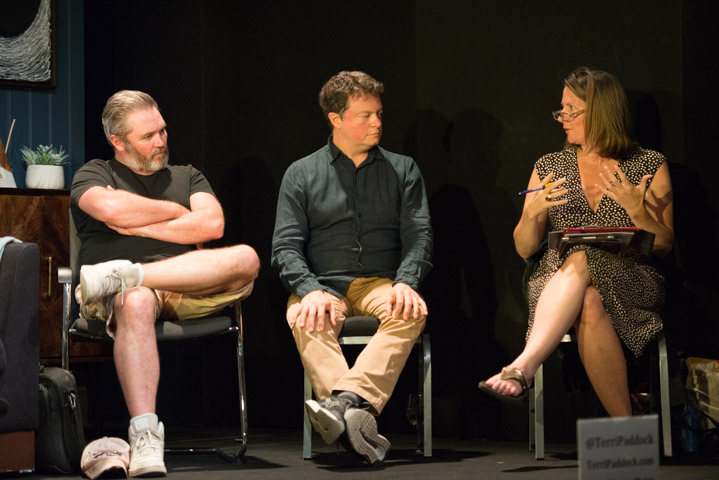 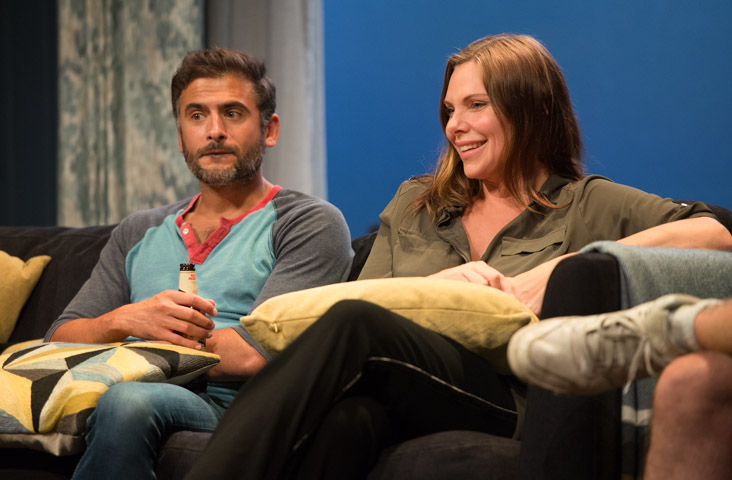 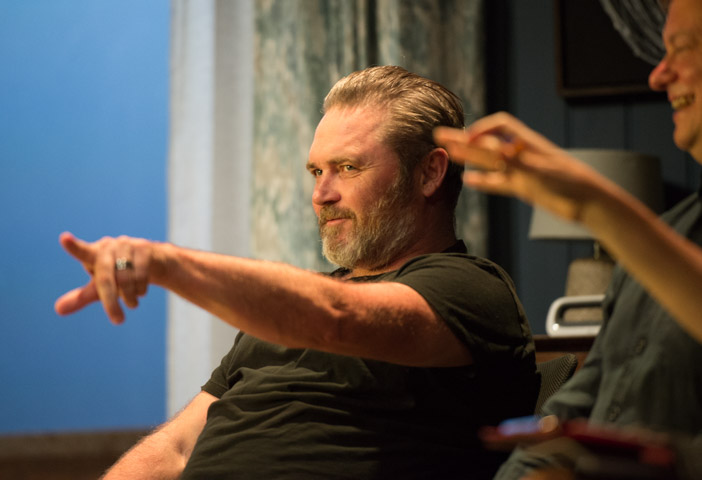 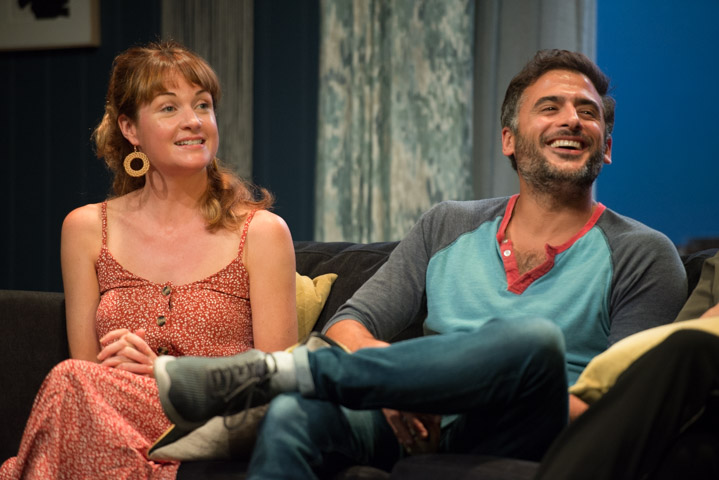 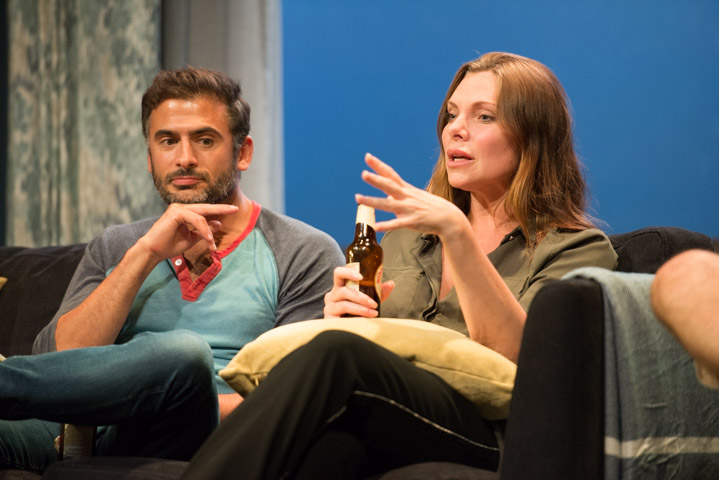 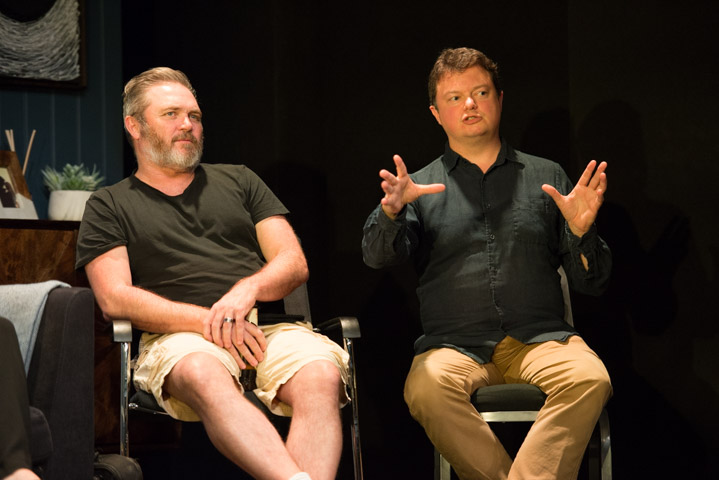 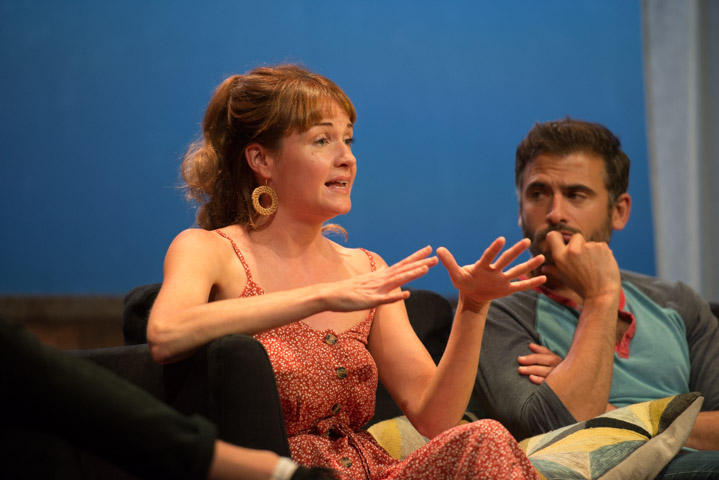 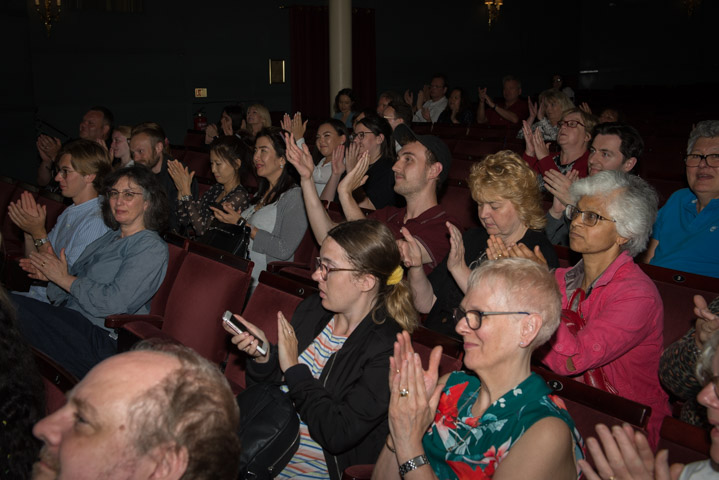 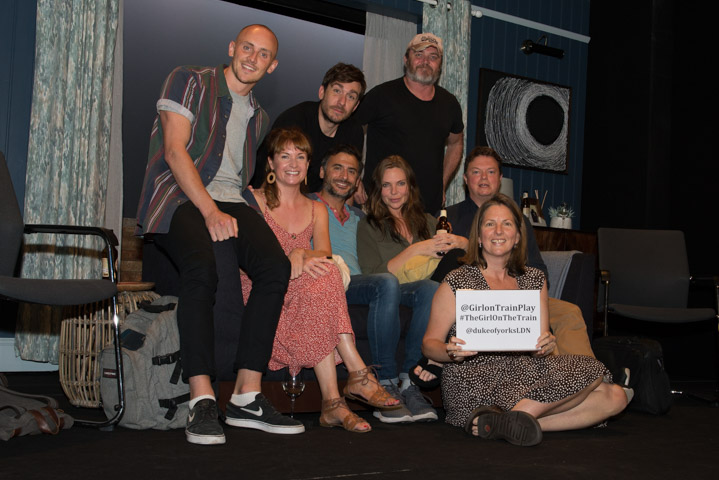 The Girl on the Train Q&A – Curated tweets by TerriPaddock