Home-The Girl Who Fell post-show video and photos: How is social media affecting our mental health? 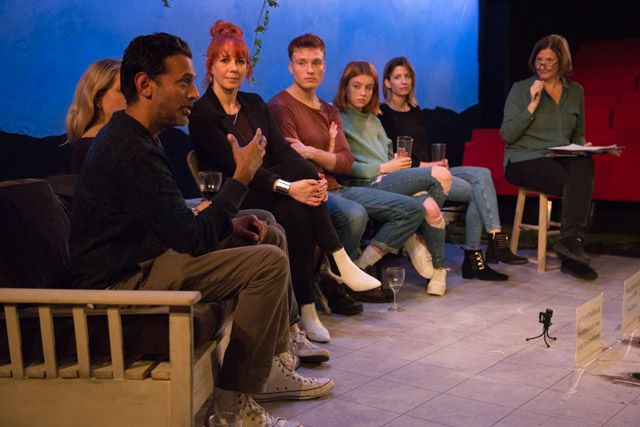 My post-show talk at The Girl Who Fell at Trafalgar Studios. © Peter Jones

I feel like I’ve known writer Sarah Rutherford for years… that’s one of the positives of social media. (We follow each other on Twitter.) The irony is it’s her new play, The Girl Who Fell, about some of the negatives of social media that finally precipitated my meeting her in person.

And what a great discussion we had last night at Trafalgar Studios after what was only the second-ever performance of this brand-new play, produced by Stage Traffic (a connection that Sarah Rutherford also has social media to thank for).

“It’s meaningless. It’s a distraction. It’s like God and Snapchat — anything to stop people thinking and questioning things.”

In The Girl Who Fell, single mother Thea (Claire Goose) tries to understand what happened with her 15-year-old daughter, who has recently died after some ‘social media foolishness’. Can Sam’s schoolfriends, offbeat twins Lenny (Will Fletcher) and Billie (Rosie Day), or lost soul Gil (Navin Chowdry) help Thea make sense of loss, guilt and Snapchat?

And how about the audience?

For the discussion, I was joined on the panel by writer Sarah Rutherford, director Hannah Price and the cast to discuss this and more with the audience. With shoutouts to producer Eilene Davidson and the hard-working creatives Georgia de Grey (set), Robbie Butler (lighting), Adrienne Quartley (sound) and others.

The Girl Who Fell runs until 23 November 2019 at Trafalgar Studios. 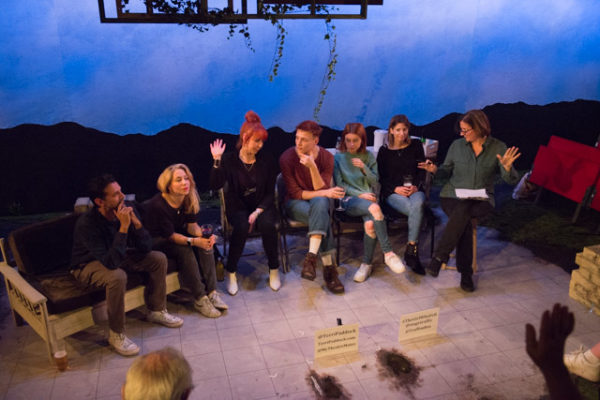 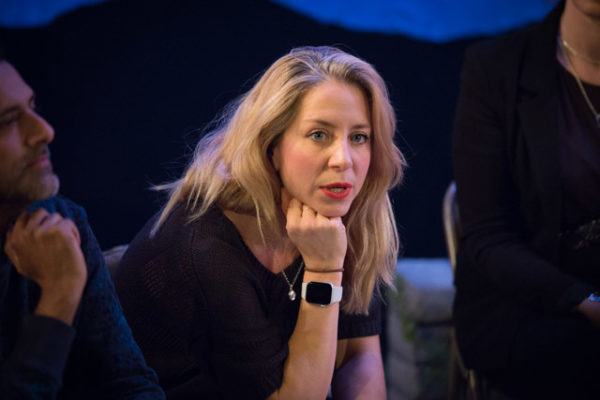 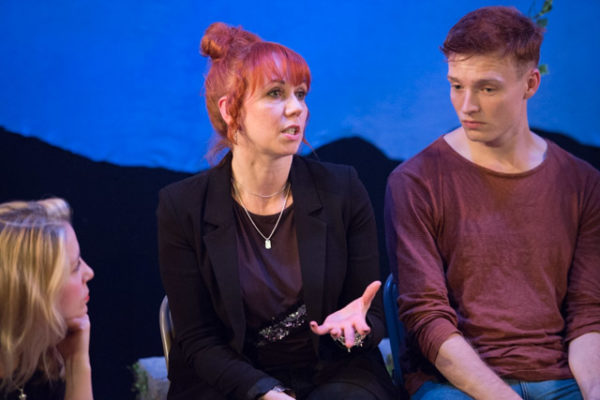 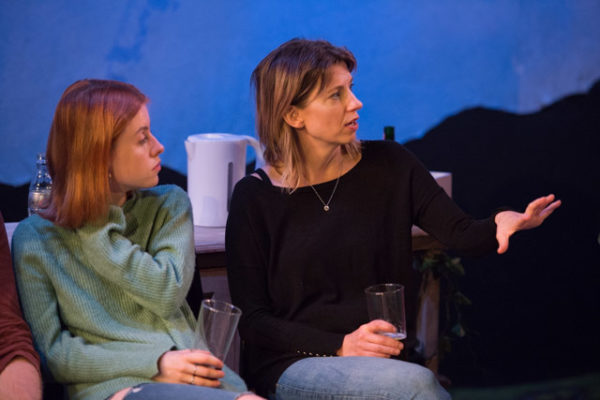 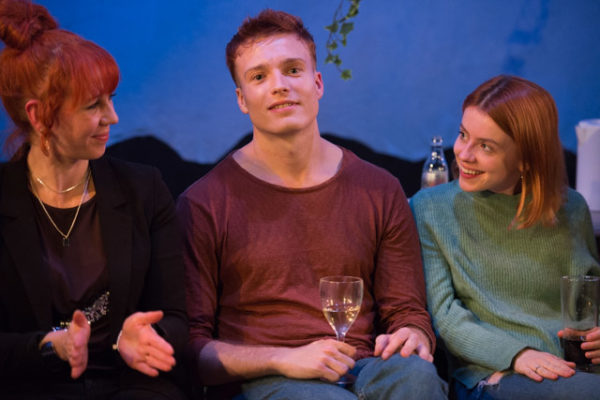 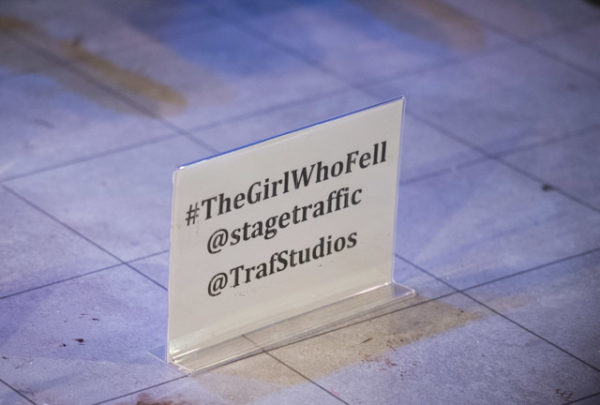