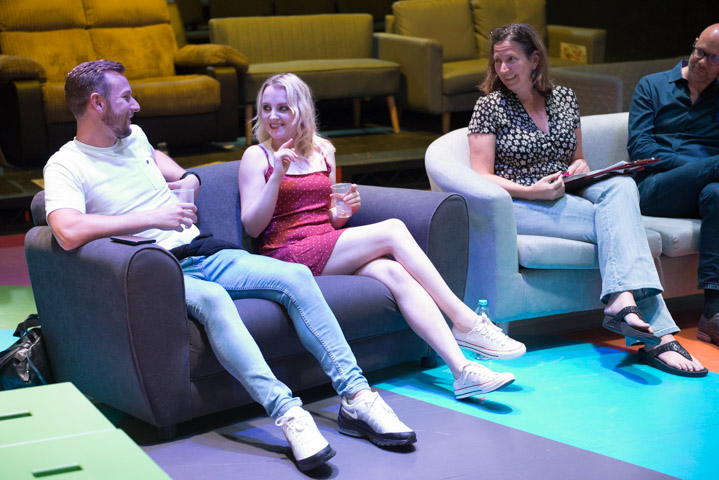 My post-show talk for Games for Lovers at The Vaults, London. © Peter Jones

After last week’s runaway success with The Girl on the Train post-show Q&A, director Anthony Banks and I had to squeeze in another one together to his second current hit, Games for Lovers – which also meant I got to return to The Vaults for producer James Seabright’s third offering this summer.

What a giggle this world premiere comedy by Ryan Craig is. In it, four millennials – played by Evanna Lynch, Calum Callaghan, Tessie Orange-Turner and Billy Postlethwaite – are looking for sex, love and a well-located flat. They find themselves caught in the complex game of algorithmically-driven, modern relationships.

In a bespoke pop-up space at The Vaults, Anthony Banks‘ production is played out on a Simon Scullion‘s traverse-configured, sixties rom-com coloured playground of a set with tremendous pace and energy. And, for anyone of any age who’s ever been single, there’s plenty in the material that you will recognise, laugh and wince at.

After last night’s performance of Games for Lovers, I was joined by writer Ryan Craig, director Anthony Banks and two of the show’s stars, Evanna Lynch and Calum Callaghan for a really fun-filled Q&A.

We discussed worst date stories (one priceless one involving a kleptomaniac), what some audience members have got up to in the special front-row ‘love seats’ (hot stuff), the legacy of best-selling seduction guide The Game by “pick-up artist” Neil Strauss (whose publishers are now under pressure from #MeToo campaigners) and, on a more serious note, the changing nature of dating, gender politics and how we learn about relationships from our parents.

Please watch and share the full Q&A video below!

Games for Lovers runs until 25 August 2019 at The Vaults, London. 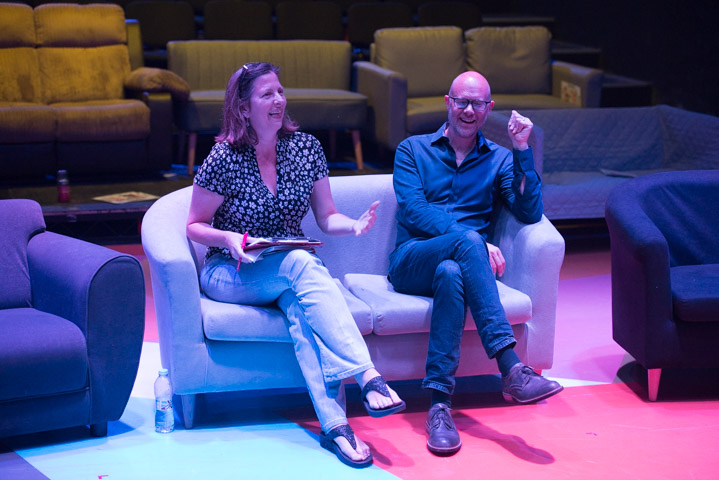 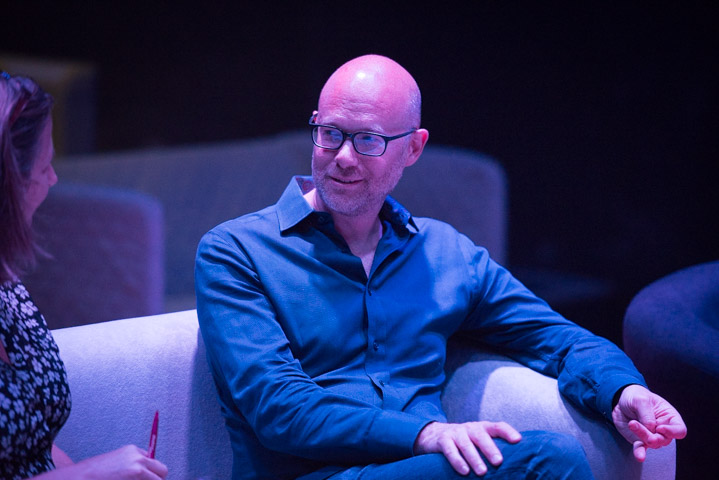 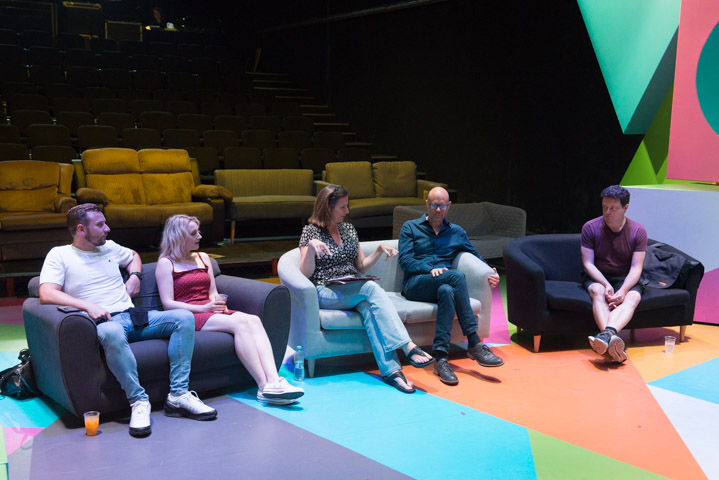 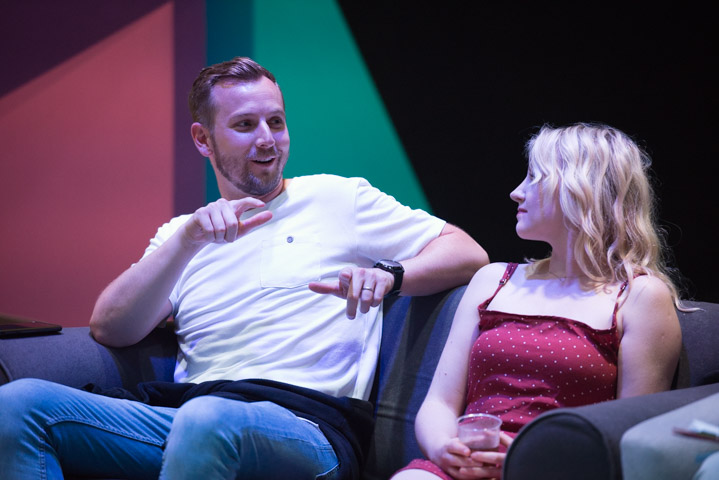 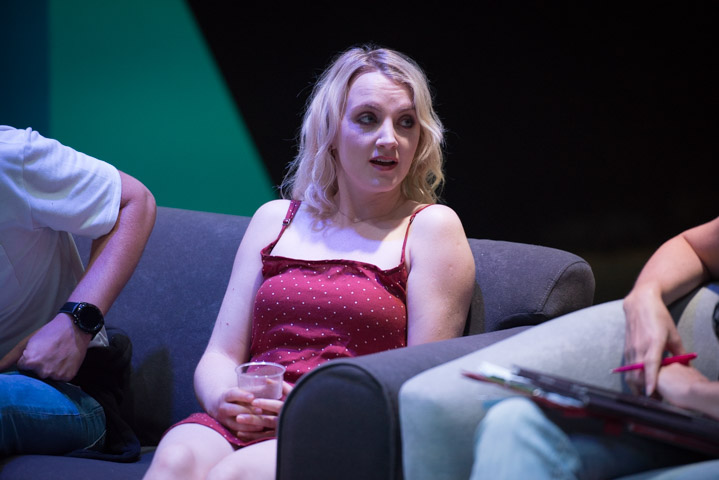 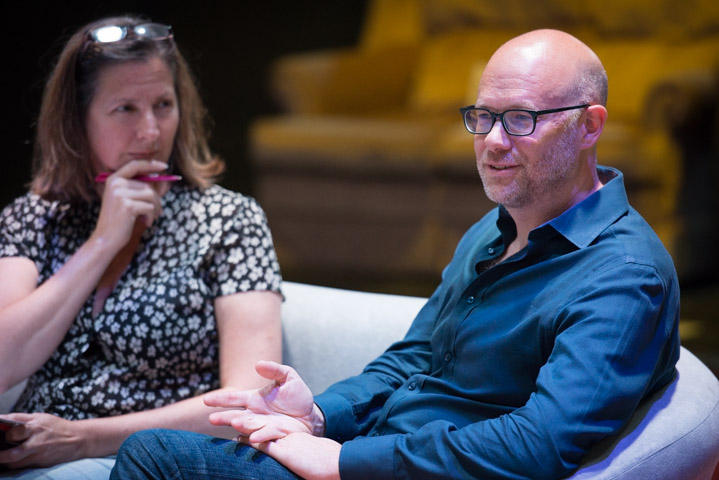 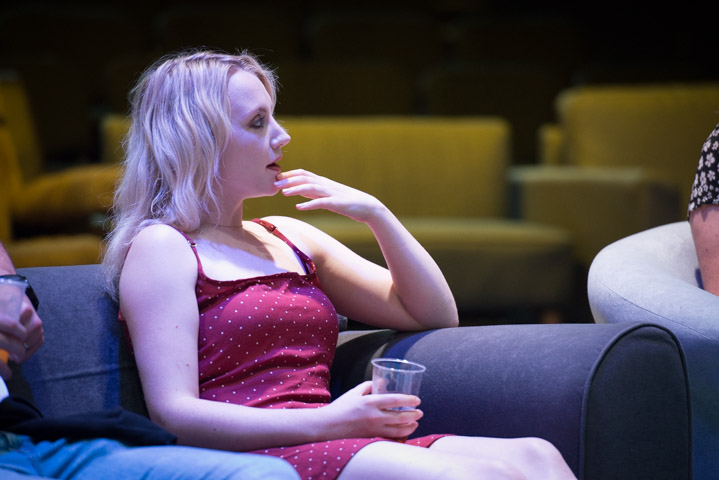 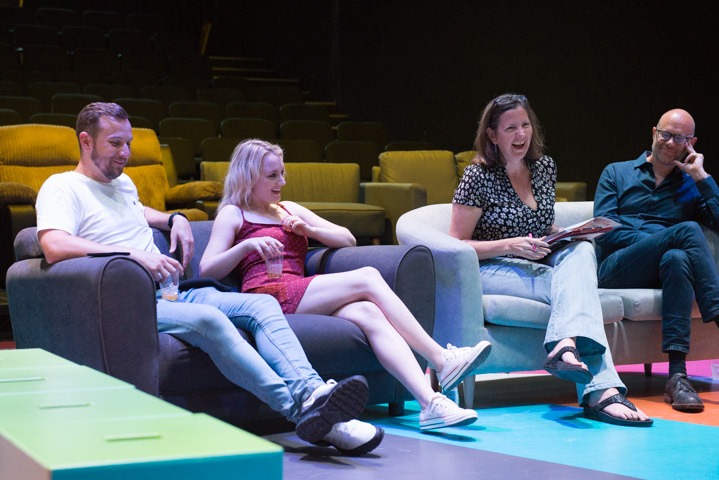 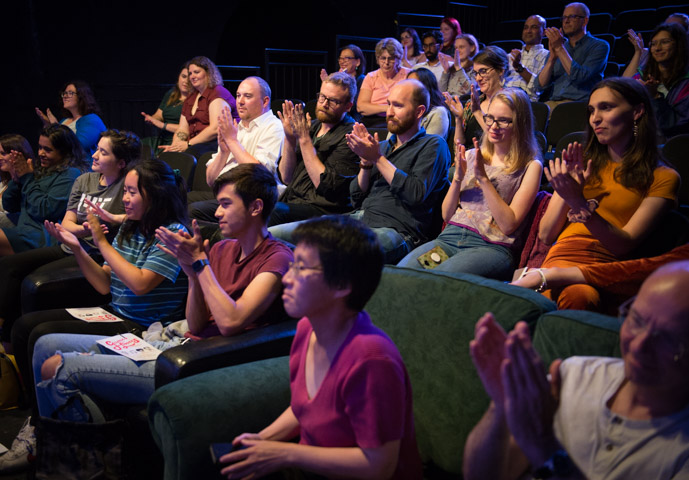